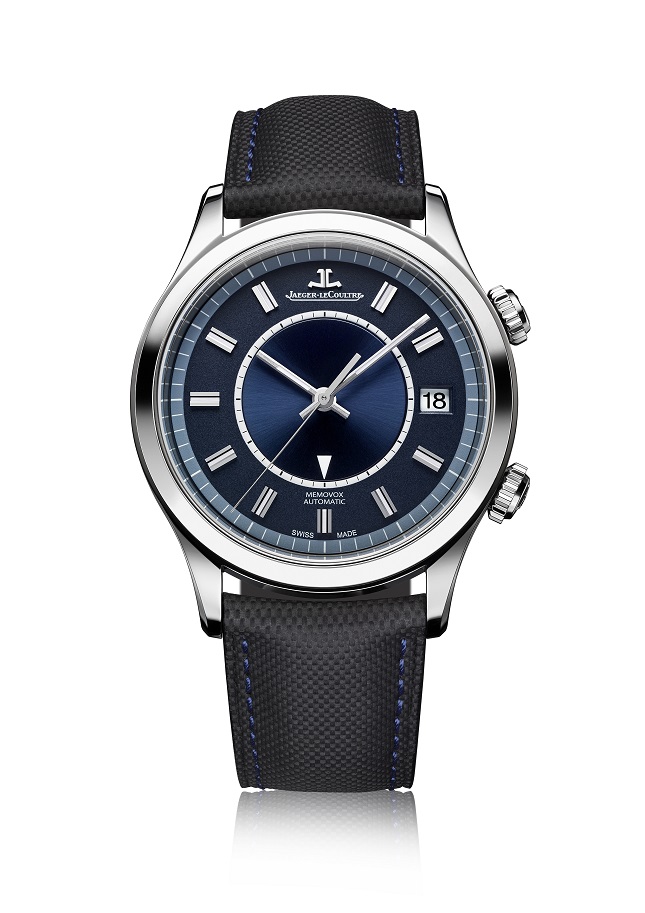 This is an enduring story that brings pleasure to all Jaeger-LeCoultre devotees, whether they have the soul of a collector or simply a deep appreciation of objects with personality and infused with legend. The Master Memovox – the Grande Maison’s iconic alarm watch is celebrating the 60th anniversary of its automatic movement this year. To mark the occasion, an exclusive edition will be available in Jaeger-LeCoultre Boutiques around the world starting in November: the Master Memovox Boutique Edition, a very contemporary interpretation of an enduring 1970s design. With its top-end watchmaking expertise, its distinct design, and the history associated with it, this gentleman’s watch remains a continuing object of desire. The anniversary of an iconic calibre The Memovox line has been a continuous element in the Manufacture’s history since the 1950s, and has a story that resonates with both aficionados and collectors of Jaeger-LeCoultre watches. Featuring a double crown and a mobile disc with the desired alarm time shown by a triangular indicator, the Memovox watch made its mark on Fine Watchmaking the minute it was released. Its legendary movement, the Jaeger-LeCoultre Calibre 815, was the first automatic movement to boast an alarm function signed by the Grande Maison and has inspired many others since its introduction in 1956. The Jaeger-LeCoultre Calibre 956 that drives the Master Memovox Boutique Edition is direct descendent of the original.

At the heart of its movement and its design is the alarm function. This eminently audible mechanical memory was invented in the 1950s, infused with post-war optimism that saw men set out to conquer the world in modern global management roles. The distinctive alarm is set to a meeting time or an event, and can be used as well as a wake-up call. Now that our world has become consumed in all things digital, what could be more truly luxurious than being prompted to recollect a meeting, or being awoken, by the mechanical chiming of your wristwatch alarm? No doubt it is this somewhat old-fashioned charm that appeals so strongly to lovers of watches with personality. There are two crowns on this watch. The bottom crown is used for winding as well as setting the time. Setting the alarm function is simple: shift the top crown into neutral position. Then, in position 2, turn this crown in anti-clockwise direction until the desired ring time. In doing so, the mobile disc with its little “retro-style” and famous Memovox indicator triangle turns around the dial to the alarm time. Turning the crown clockwise allows you to set the date, displayed in an aperture at 3 o’clock. The Grande Maison’s watchmakers wanted this watch to appeal to all the senses of the man who wears it, so they worked painstakingly to achieve a very pure sound for the mechanical alarm. Exacting standards underpin all the craftsmanship of Jaeger-LeCoultre.
Posted by mylifestylenews at 12:00 AM