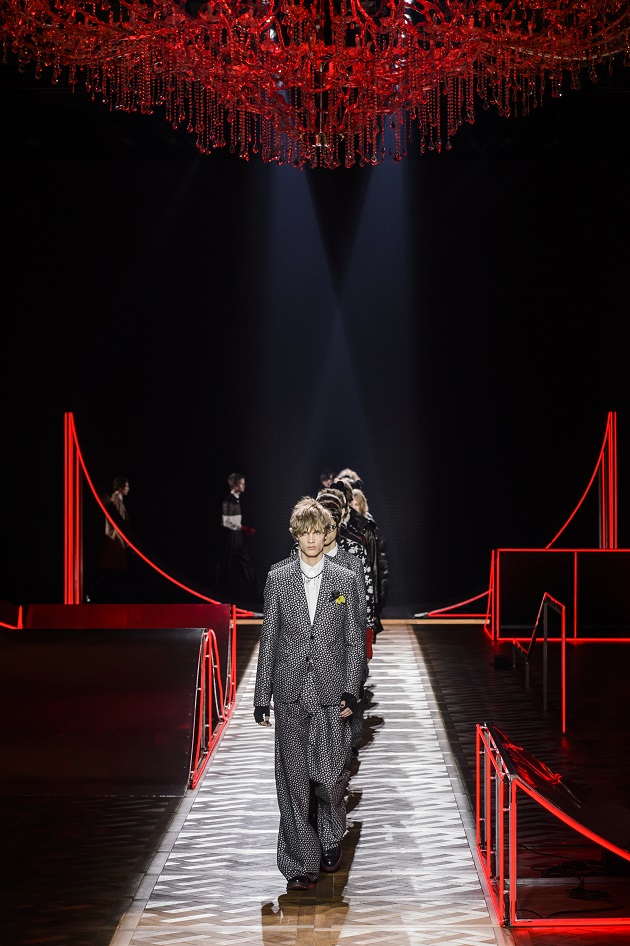 DIOR HOMME AW2016/17 Collection where silhouettes are in turn a combination and exaggeration of volumes and shapes; noble materials are contrasted with or made into the everyday; grand maison traditions come up against militant subversions; prototypical ideas of luxury are questioned and tempered by new techniques and tastes. 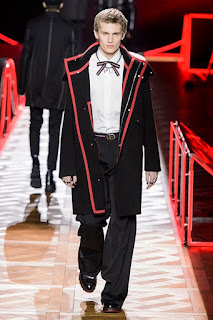 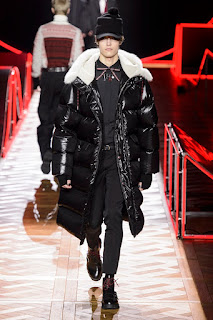 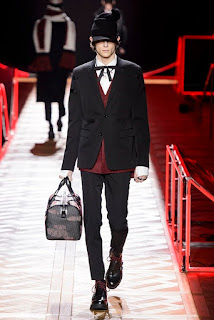 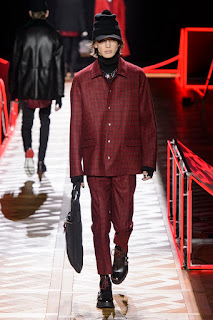 Just as the Rob Roy Macgregor tartan became the all-American buffalo plaid – the touchstone red and black pattern in various fabrications for this season – so too Oxford Bags could be seen to have transformed into voluminous ‘workwear’ skater pants. 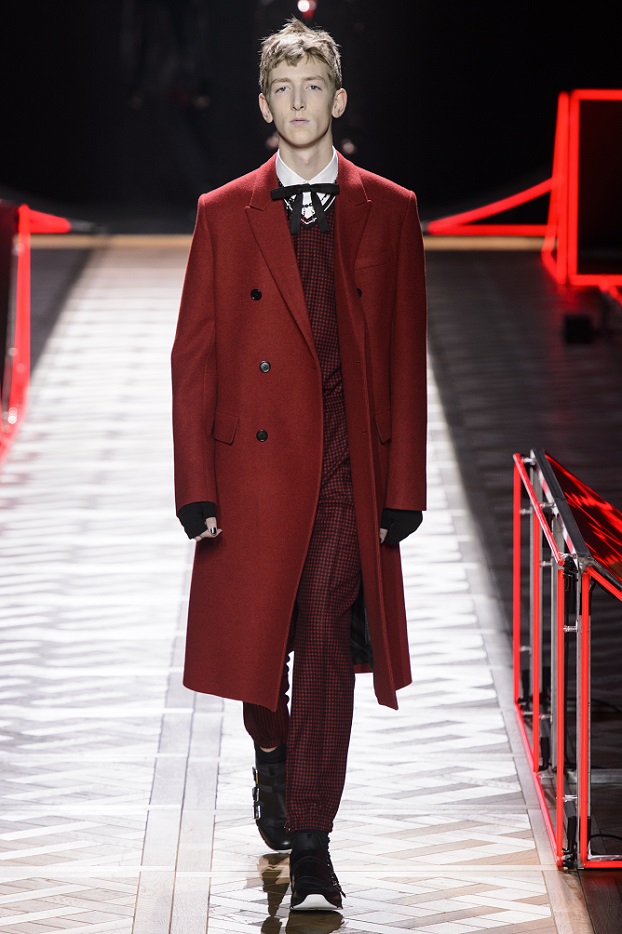 How does an individual’s past grow and morph into his present without nostalgia? This is the question that Kris Van Assche, Creative Director of Dior Homme, poses for this season. “The idea of ‘the hybrid’ is intrinsic to the collection,” says Kris Van Assche. “Today, people don’t just fit into one box, they fit into many and all at once. There might be an idea of the New Wave or Skate that somebody has grown up with, but it is what those things and people have grown into now that matters. Traces of memory and tradition can still exist, but these happen without nostalgia: this is the hybridisation of now.” 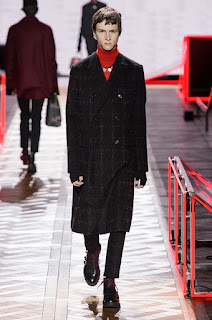 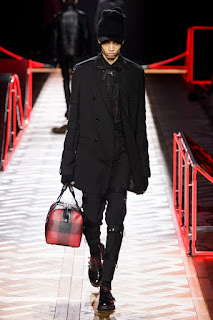 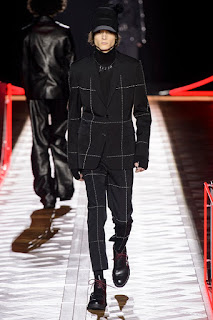 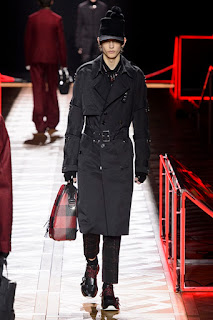 In the ritual show square, lit by stark, red neon to the thud of Electronic Body Music, an idea of rites of passage is played out in a palette of black, red and white. 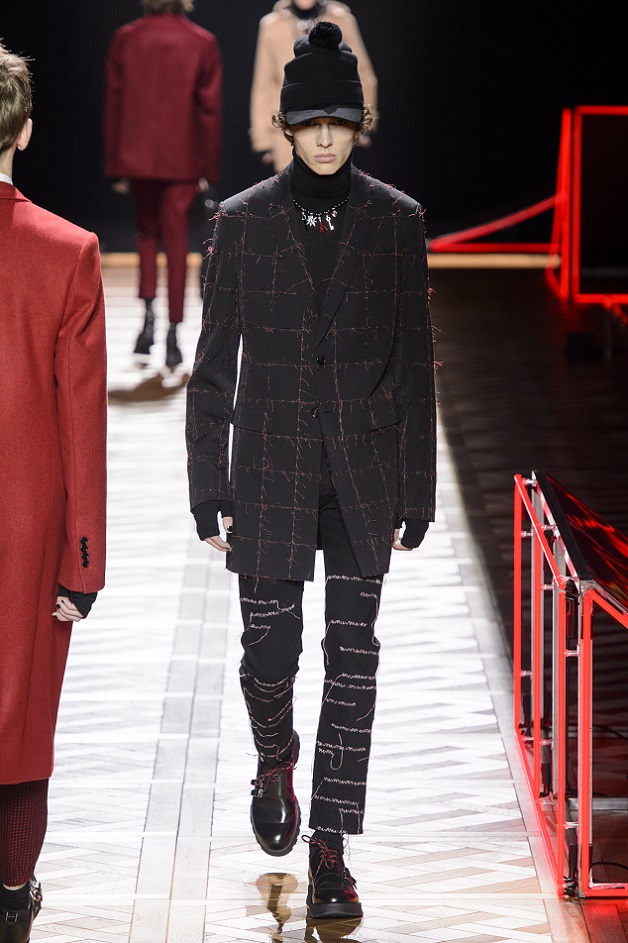 Traditional Fair Isles knits and subverted, couture embroidery techniques are used to almost disruptive effect, while Dior florals from the archive become a symbol of provocation rather than prettiness or preciousness. 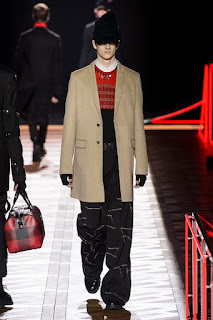 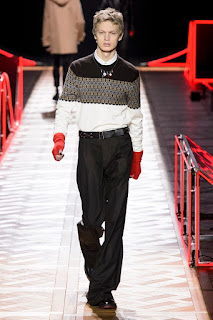 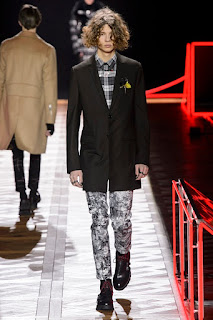 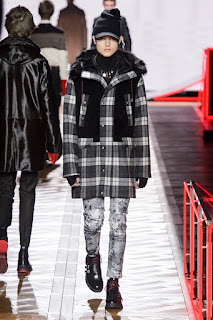 Yet there is also a sense of celebration as well as rebellion in the collection, highlighted by the filmic backdrop of dancing figures. In Willy Vanderperre’s movie – a specially commissioned project for the show – the same boys who appear on the catwalk are also the stars of the film, revelling in this moment in time. 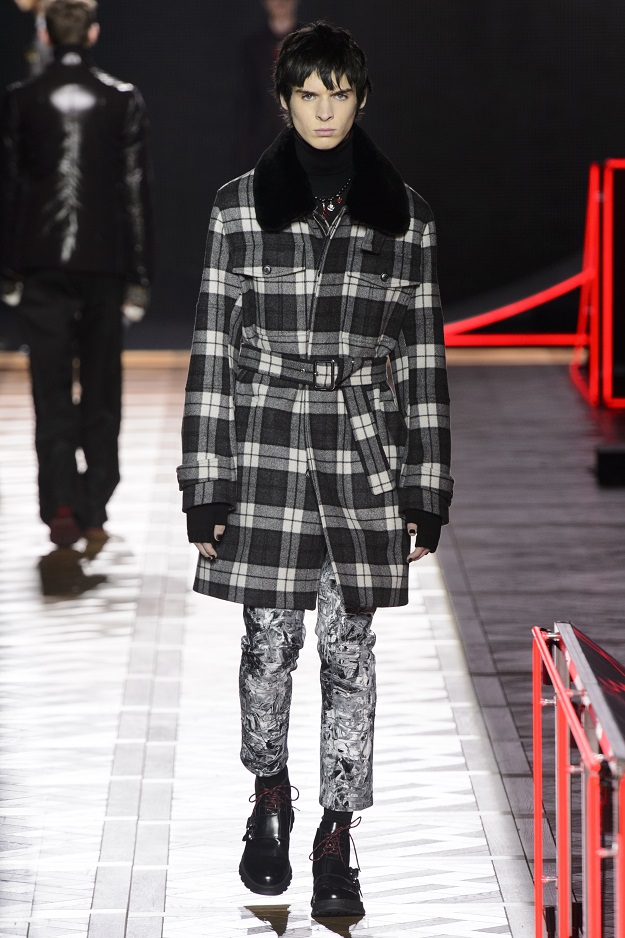 “The collection is about taking elements of the past, but bringing them into the present and reflecting on where we are now, in the situation of today,” explains Kris Van Assche. “It’s a moment in time for a contemporary generation.” 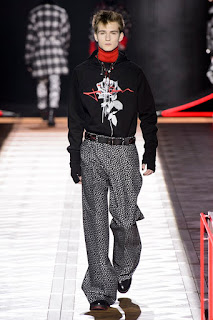 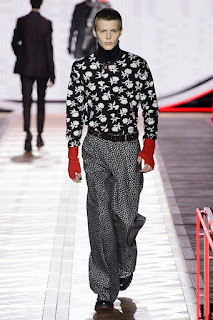 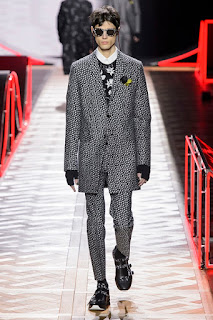 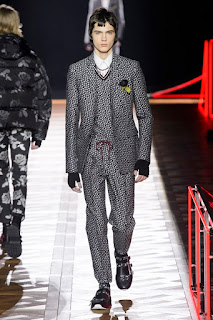