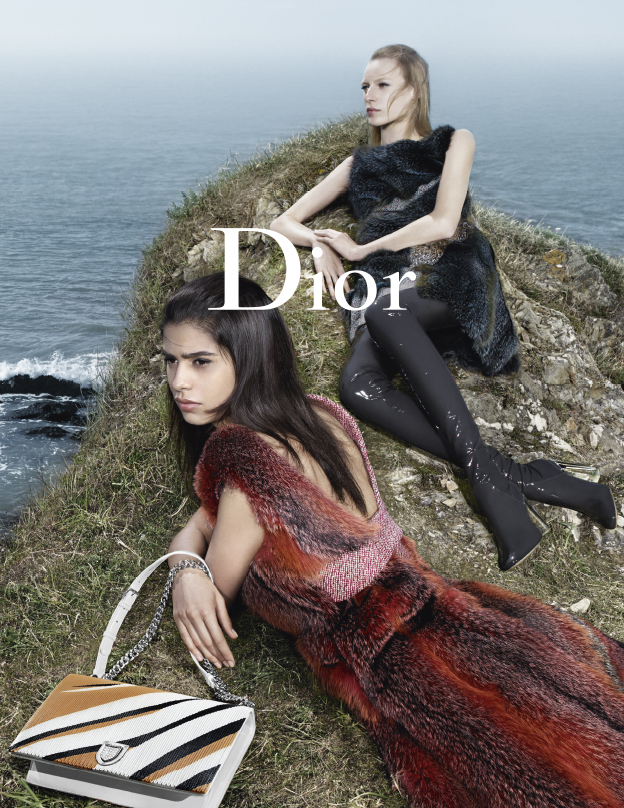 Dior FW2015/16 ad campaign inspired by Christian Dior once wrote in his autobiography <My Childhood Home Sat On A Cliff & Lay Expose To The Most Turbulent Of Weather>. 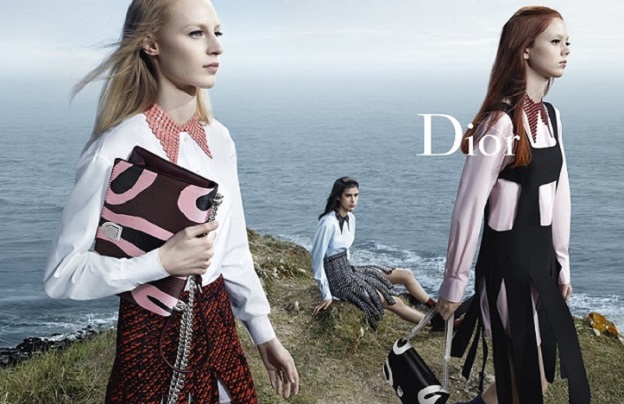 As though in homage to the wildness of a nature that never ceased to inspire the couturier, it was at Granville, in a rocky landscape battered by the winds, that the Dior women staked out their territory for the FW2015/16 ad campaign. 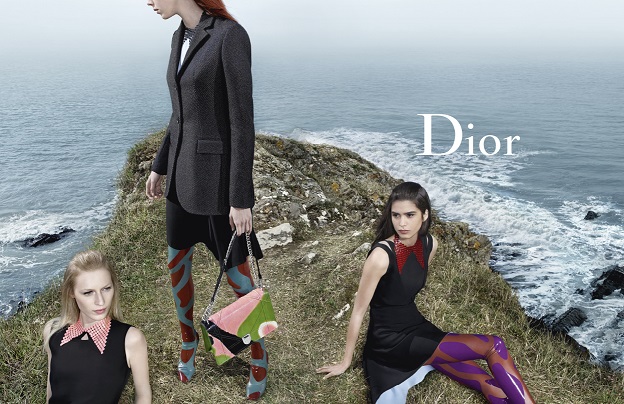 The animal-inspired prints covering their clothing and their Diorama bags, their long thigh boots molding like a second skin, and the slashed fabric of their skirts, all designed by Raf Simons, are captured by Willy Van Derperre's lens appearing to melt into the harsh setting, like a new kind of camouflage, one that's feminine and very Dior. 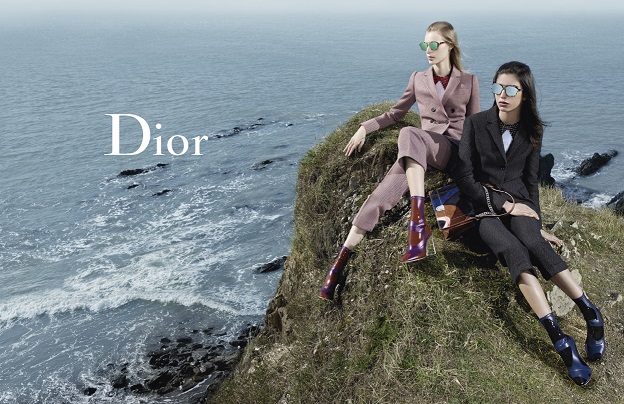