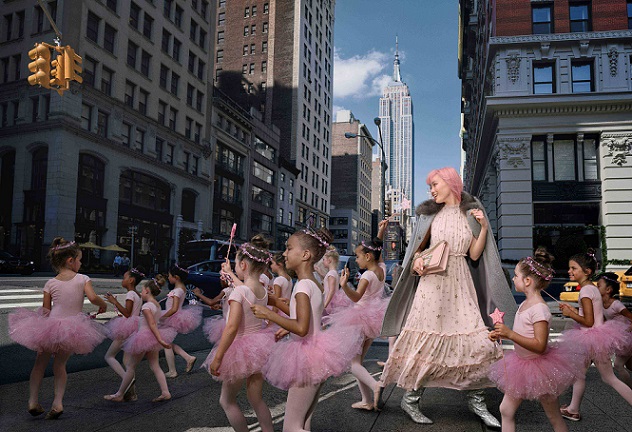 Kate Spade New York celebrates the festive Holiday 2017 season with a collection inspired by the endless nightsky. From the wintery skies of siberia – the aurora borealis, shooting stars, night owls and silvery moon to the magical tales of folklore. Sparkle, pearls and metallics dress up a collection firmly rooted in ethereal, bohemian silhouettes. Fernanda Ly returns as the Kate Spade New York girl to bring the collection to life in her own unique way. Always drawn to the perfect winter pink, Fernanda is featured in various shades of her favorite hue, as she is overtaken by a flurry of tiny ballerinas in glittery pink tutus – all under the glow of the Empire State Building litup in fuchsia, against a starry sky on the wintery streets of Manhattan. 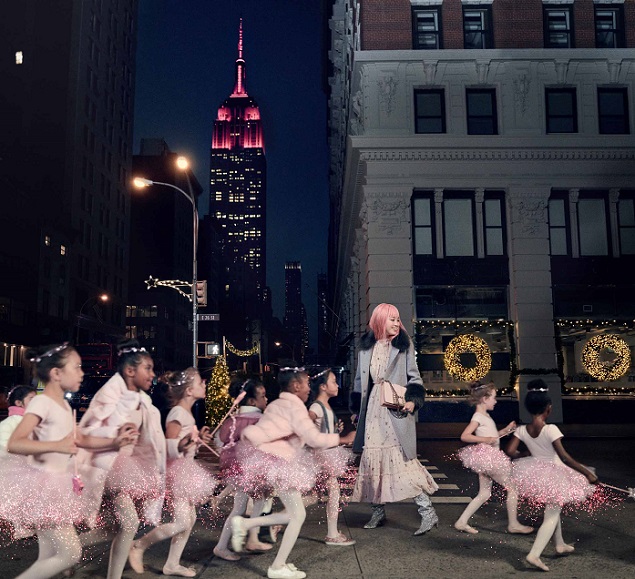 “It’s been a pleasure to work with Fernanda Ly as the face of our campaigns through 2017,” shared Deborah Lloyd, President and Chief Creative Officer of kate spade new york. “Fernanda has a whimsical and light hearted presence that perfectly reflects the kate spade new york girl.  She has a way of turning a simple NewYork occurrence into a magical moment of joy.” The holiday 2017 campaign features print images shot on location in New York City and video content for web and social media.
Posted by mylifestylenews at 12:00 AM