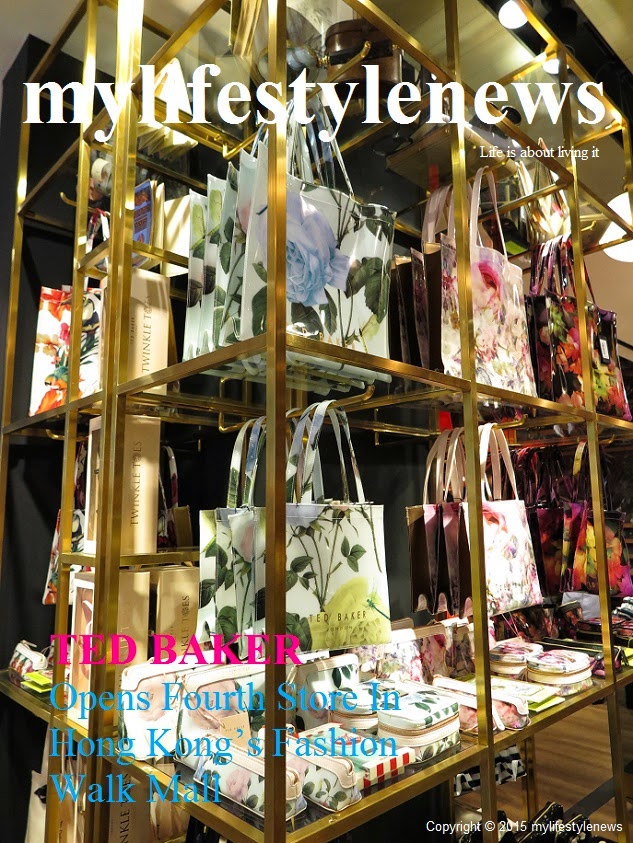 TED BAKER opens its fourth store in Fashion Walk Mall Causeway Bay Hong Kong recently. The 2518 square feet store houses Ted’s SS15 menswear, womenswear and accessory collections. During a recent visit to Pearl of the Orient, Ted took a leisurely tram ride to Victoria Peak for a scenic view of the Hong Kong skyline and greenery. It was here that Ted came up with the store design concept which is based on the Hong Kong tram and British railway. 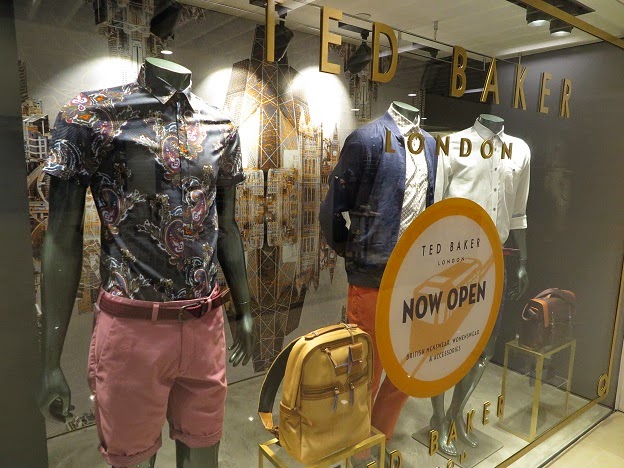 From the moment you set eyes on the store, you are whisked on a delightful train journey through Britain and Hong Kong, from the storefront that is clad with vertical panels of glazed tiles, resembling those used on the London Underground to your first step in the store that transports you into a typical 1920s Hong Kong tram carriage interior. 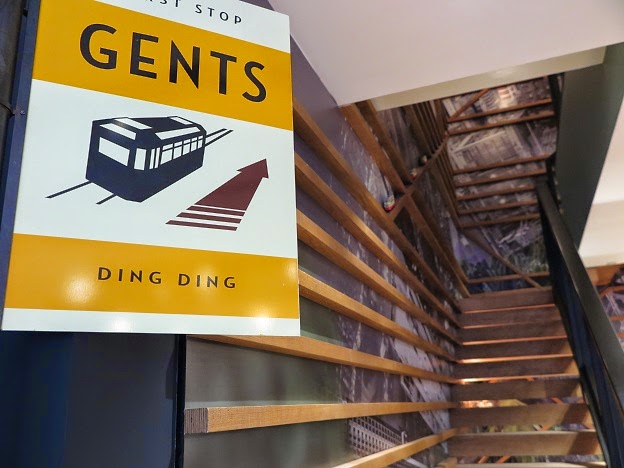 Tongue and groove ceiling details run through the centre of the store, with traditional carriage style light fixtures suspended on both side and swaths of silk flex looped between each light. Timber panelling covers the lower part of the feature wall whilst a blurred image sitting behind glass sits above, giving the impression you are looking through the window of a fast moving tram. 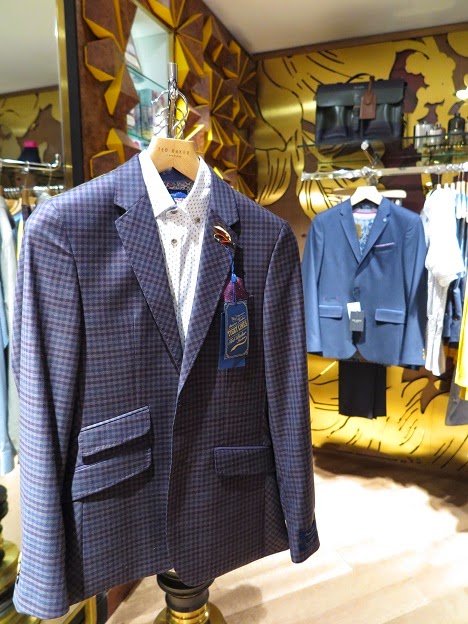 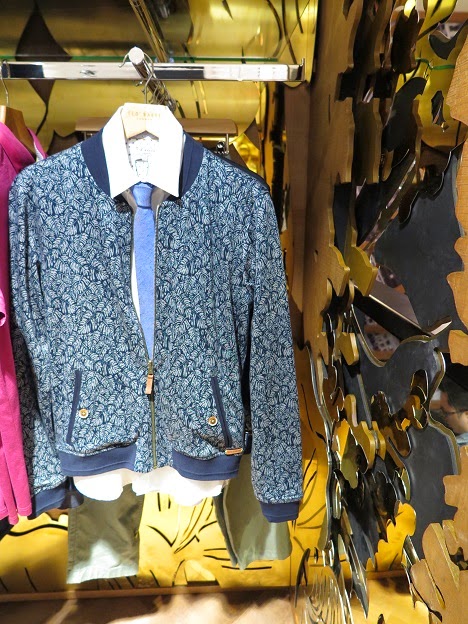 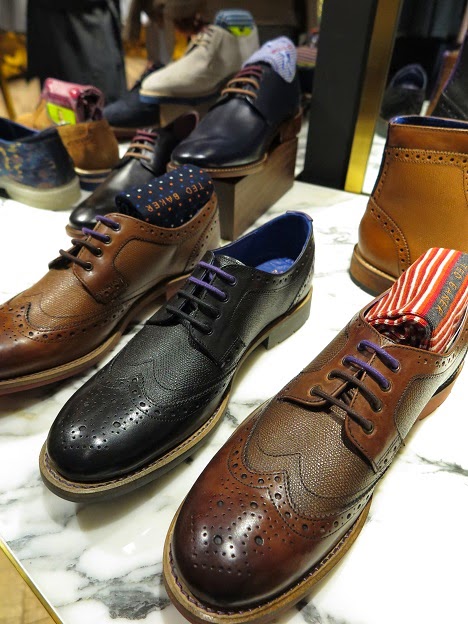 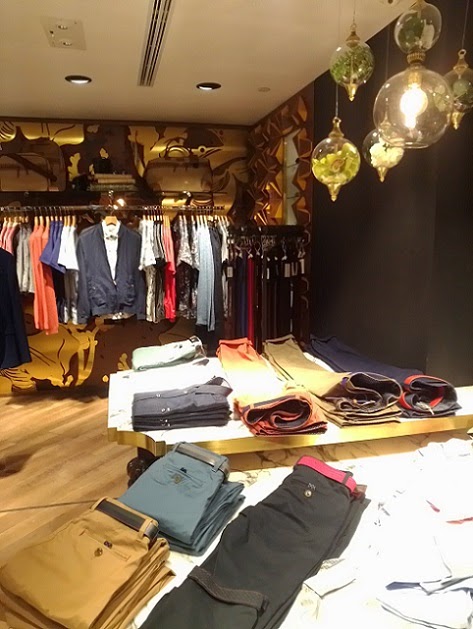 As you take the stairs up to the first floor, there is a play on the steep incline, with imagery of the Hong Kong skyline positioned at an angle covering the walls. The images are masked with timber slats which continue onto the first floor where their angle changes direction. Model trams are fixed to various sections of the angled slats, creating a 3D installation of the peak tram in action. 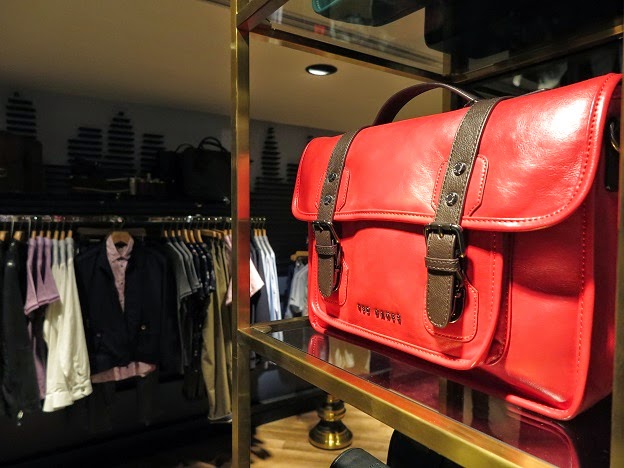 The first floor focuses on the view once you reach the top of the peak. The wall at the back of the first floor represents Ted’s take on ‘East meets West’, showcasing a 3D profile of the emerging Hong Kong and London city skylines. One of the key design features is the side walls of the store, which are layered with geometric floral patterns and profiles of both local and British trees. These vary in depth, size and finish. 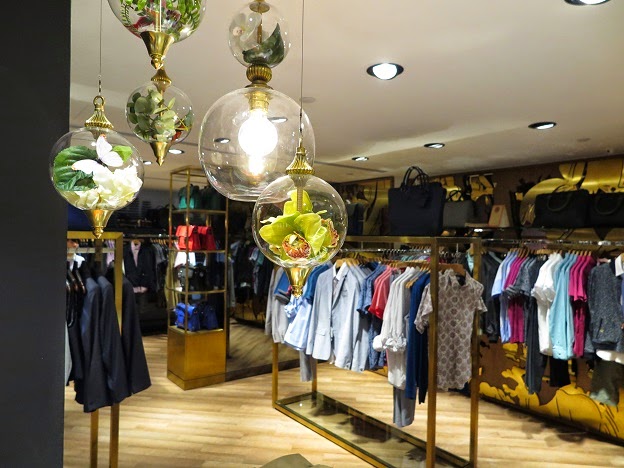 Ted’s attention to detail extends to the cash desk, which is filled with rows of model trams sprayed in a uniform colour. The fitting rooms also reflect the interior of the tram carriage, with Ted’s bespoke wallpaper, made up of vintage train and tram tickets from both Hong Kong and London. 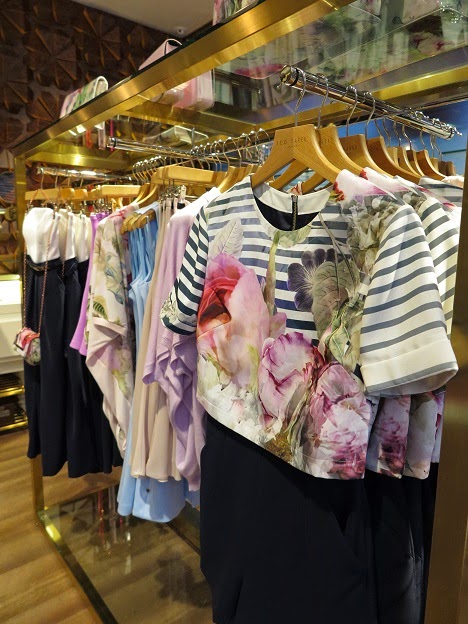 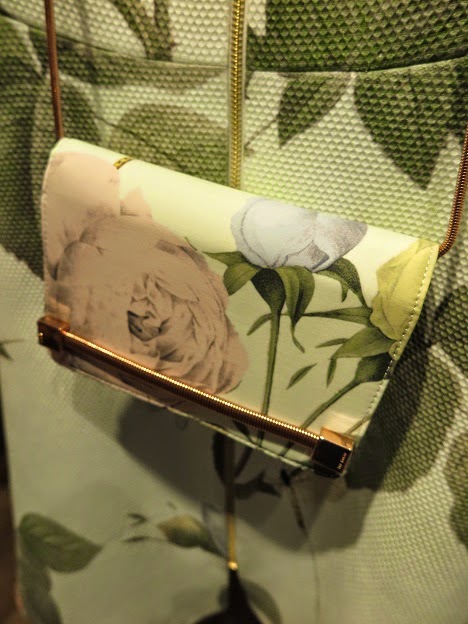 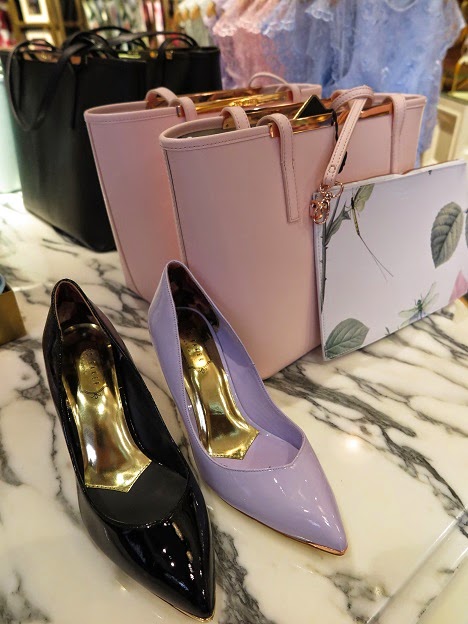 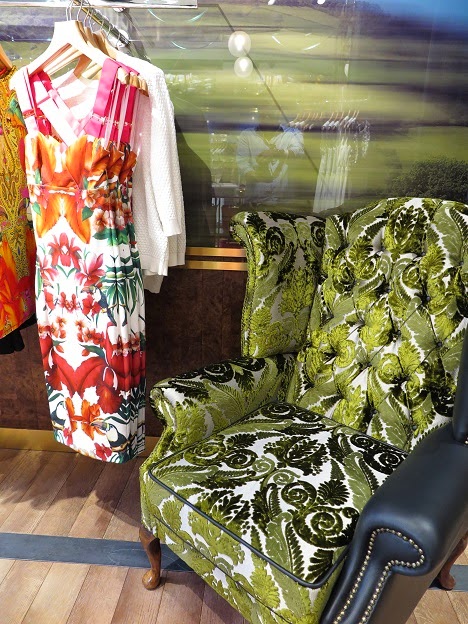 Escape into Ted’s inspiring SS15 menswear and womenswear collections, a fanciful selection that bursts into life with flashes of bold print, strong textured fabrics and colours so vivid they may just be a pigment of your imagination. 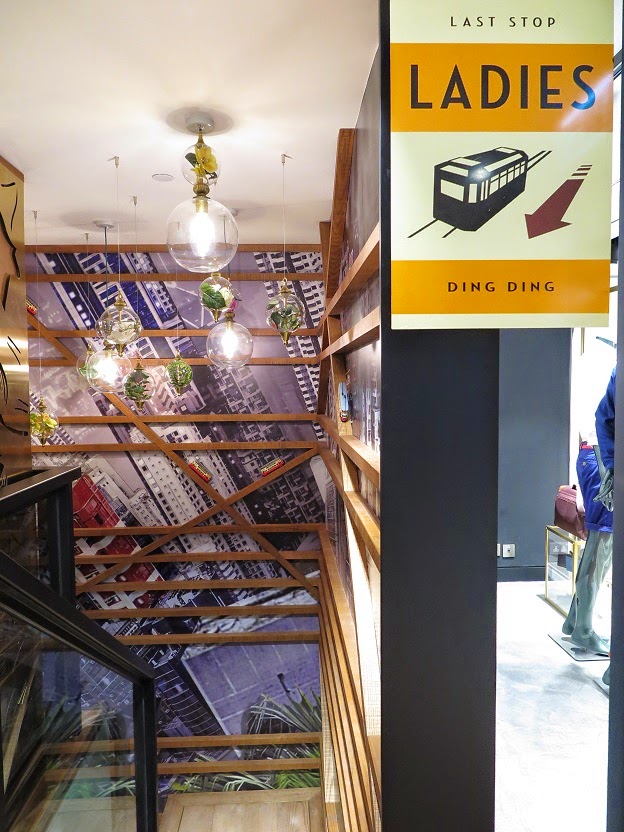