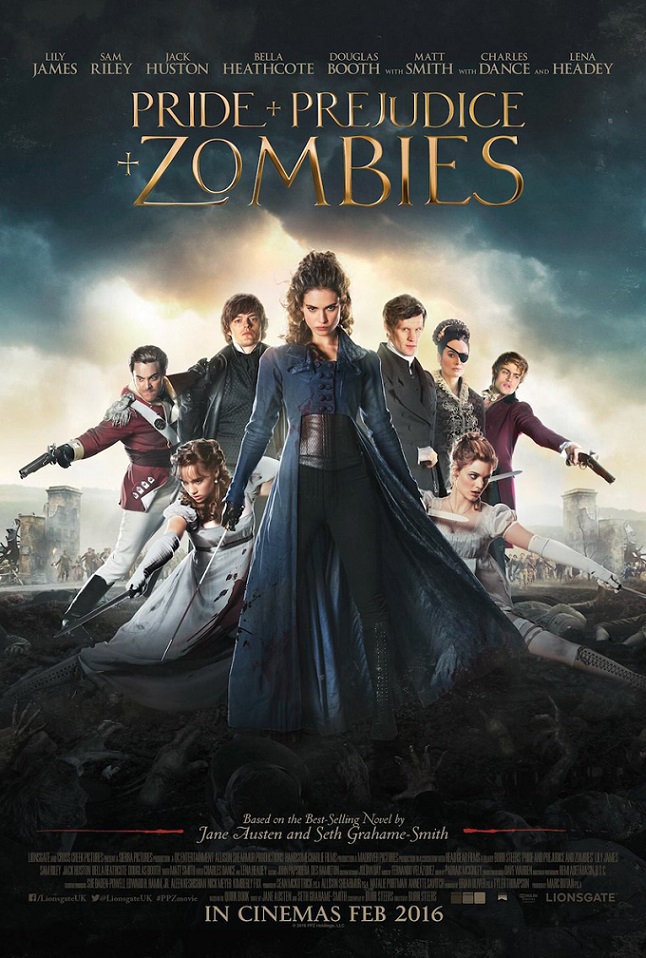 For Jane Austen fanatics (and we certainly are), there is a fresh twist on her widely celebrated novel Pride and Prejudice, but beware, it is plagued by unmentionable creatures! Directed by Burr Steers and starring some well known cast members such as Lily James, Sam Riley, Charles Dance, Lena Headey and Jack Huston to name but a few, <Pride and Prejudice and Zombies> is not for the faint-hearted, as it would displease Miss Austen to be sure. The storyline goes as follows with somewhat of a digression to what you may have expected. A mysterious plague has fallen upon 19th century England, the land is overrun with the undead and feisty heroine Elizabeth Bennet is a master of martial arts and weaponry. Casting aside personal and social prejudices, Elizabeth and Mr. Darcy must unite on the blood-soaked battlefield to rid the country of the zombie menace and discover their true love for one another…Hmmmm, I know what you are thinking and rightly so. 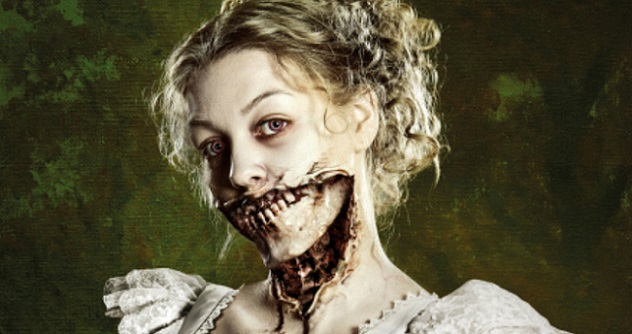 The movie is based on a bestselling novel by Seth Grahame-Smith, but not having read the novel, we can only surmise that maybe it is better in print and was not meant to translate to the cinema screen. Apparently the author thought the original novel was “ripe for gore and senseless violence”, which in the face of it could be rather interesting. Yes there were plagues and this is a neat angle, but the outcome is not as we expected. 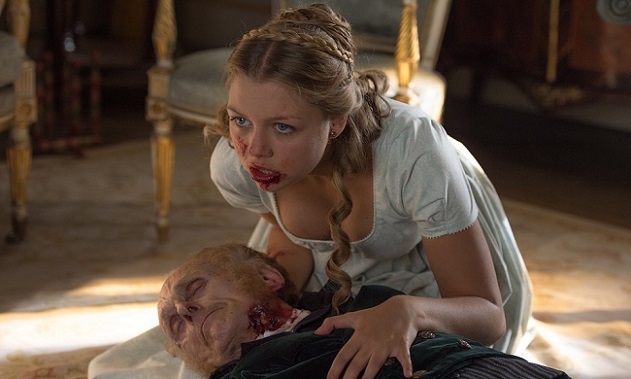 Producer Sean McKittrick aptly stated: “The zombies represent the biggest fears we have, and they’re an amplification of the hierarchical themes in Austen’s original story, in terms of the class system in Victorian England and the independent woman that Elizabeth Bennet is. While there is some dark humor to the story, we felt that, as with the book, the tone needed to be very serious and direct and respectful to both the original text and the zombie genre. We definitely did NOT want to make a campy version.” This version is not campy, and they do stick to a very ‘straight’ narrative, but in our estimation it is a waste of talent. 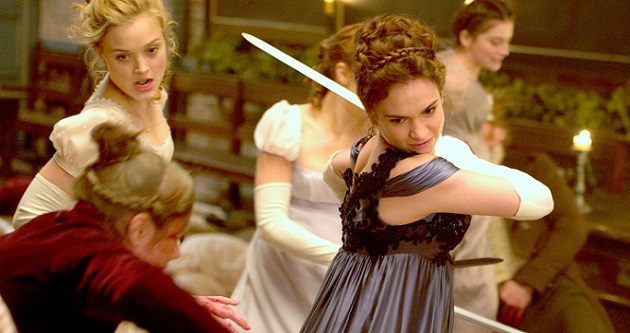 There has been a plethora of zombie movies and television series lately, but this is no match for some of them, as the plot line is so thin and utterly ridiculous to the point of why waste time looking at such bad cinema. You expect to see a lot of zombie action, but in actual fact there are too many dull spots and even the CGI is not that great, but should you want a silly diversion, then maybe this is just the ticket for you. Hats off to Lilly James though for her excellent swordsmanship!