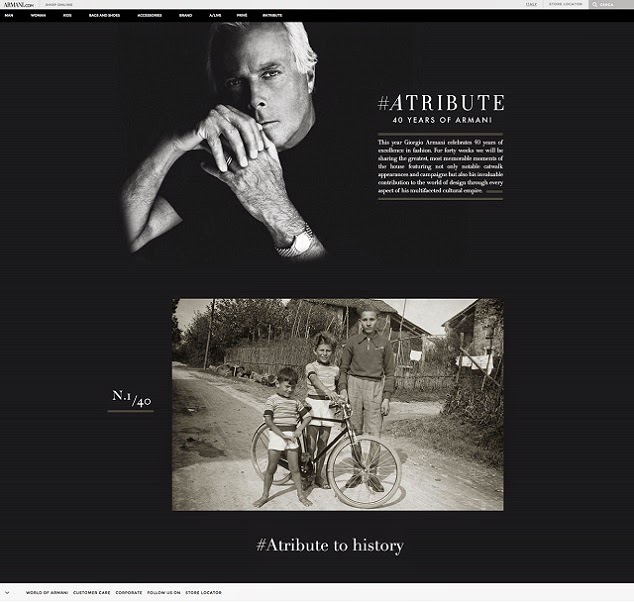 On the occasion of Giorgio Armani celebrating its 40th Anniversary, the project #ATribute is launched recently. #ATribute -meant as both a play on words "Armani Tribute" as well as a hashtag which is dedicated the themes, people or things closely associated with the armani brand throughout the years, with the intent to serve as a moniker for this years's celebrations and activities. #ATribute is also a dedicated website, "Armani.com/Atribute to unveiling 40 different themes for each of the 40 years that Giorgio Armani has existed. The themes will not only shine a light on the rich history of Armani, but also show the consistency, timelessness and vision by which Mr. Armani has released the company since its inception and continues to do today. Armani's social networks too will take art in this celebration by regularly posting special content alongside the "Armani.com/Atribute" website, giving further focus on that weeks's theme. #ATribute is also meant as a way for users, magazines, websites and friends to get directly involved. By using the hashtag #ATribute, usuers will have the opportunity to share their own tribute to Giorgio Armani and intereact with Armani.com/Atribute from anywhere in the world. Check out more on http://atribute.armani.com/it/atribute-to-history/ 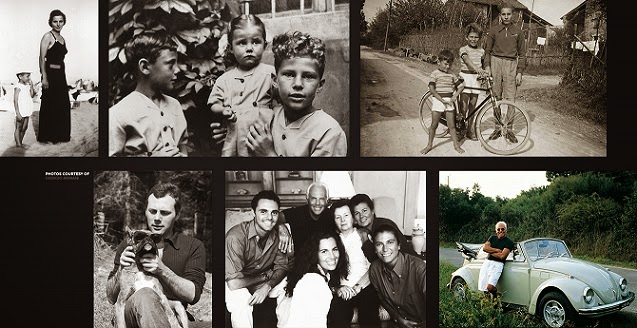