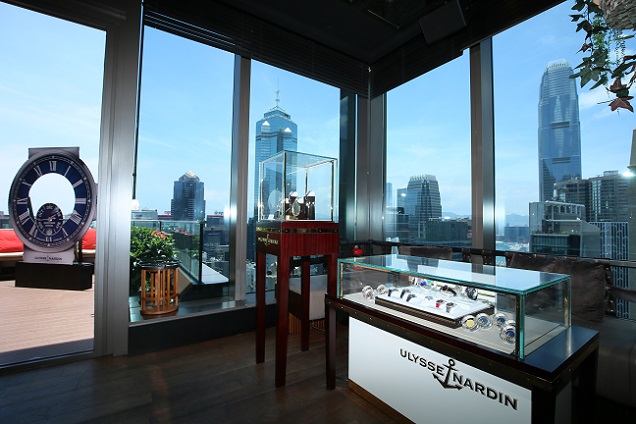 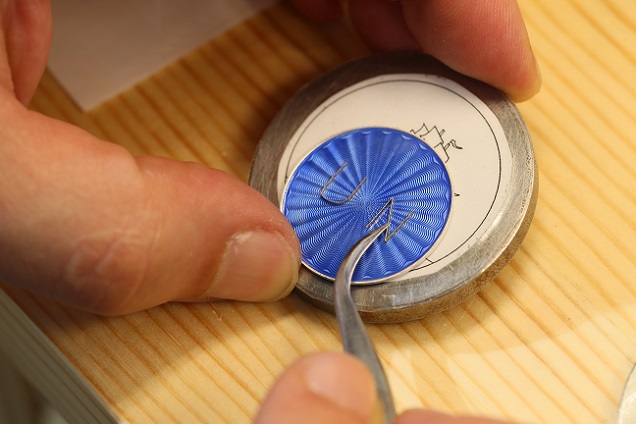 Enamel craftsmanship is another strong suit of the Swiss watchmaker. Its Donzé Cadrans adheres to time-honoured principles and the purest tradition and applies an array of enameling techniques to the brand’s timepieces, including Grand Feu, Cloisonné, Champlevé and Flinqué. Innovation upon innovation, Ulysse Nardin steers the craft into the future, marrying the age-old art of Haute Horlogerie with transformative technology, astounding with breakthrough performance and original design. 1996 Perpetual Calendar and 2001 the Freak were some of the most notable masterpieces from the brand. 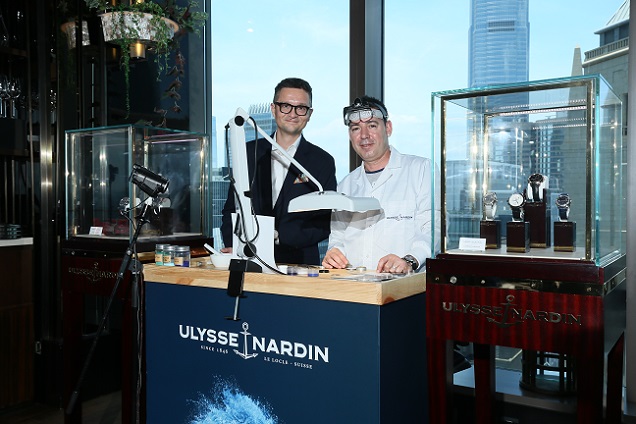 Mr. Andreas Boesch, Managing Director Asia Pacific of Ulysse Nardin, remarks, “This year, Ulysse Nardin demonstrates the state-of-the-art techniques of enameling, taking its skill in watchmaking to the next level. The masterpieces are destined to become cherished possessions for watch enthusiasts.” 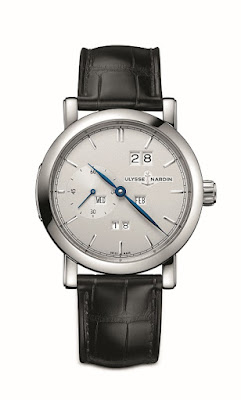 CLASSIC DUAL TIME ENAMEL
Ulysse Nardin Dual Time in beautiful enamel with its in-house UN-324 movement and exclusive crown selector. An enviable fusion of form and function, and a tribute to exquisite craftsmanship. This Dual Time with a white enamel dial is the ideal traveling companion. Equipped with the patented Dual Time zone feature, it is instantly adjustable both forwards and backwards with a mere push of a button. These buttons feature at the 8 and 10 o’clock positions. When pressed, the pushers adjust the hour hand to a different time zone while the home time indicator at 9 o’clock continues its 24-hour cycle. An impressive mechanical complication that is very easy to use – one of Ulysse Nardin’s guiding ideals. The time and date setting is another example of the watchmaker’s perpetual quest for innovation in action. The selector is integrated in the crown allowing to change settings without pulling and pushing the crown. As with many a timepiece from Ulysse Nardin, this Dual Time unites three fundamentals: technical avant-garde with the use of Silicium in the movement; in-house manufacture with its UN-324 caliber entirely designed and produced by the company; and stunning craftsmanship with its pure white Grand Feu enamel dial. Grand Feu designates an enameling technique that goes back to the 17th century, and that is practiced today only by a handful of craftsmen, including those at Ulysse Nardin specialists Donzé Cadrans. Its delicate beauty has an eternal quality. On the dial, oversized roman numerals and blued hands set off the double date display at 2 o’clock, and the oversized small seconds at 6 o’clock. The self-winding UN-324 manufacture movement with its 48-hour power reserve is set in a stainless steel case with a diameter of 42 mm, water resistant to 30 m, and held by a chic alligator strap. Classic Dual Time Enamel.

CLASSIC PERPETUAL LUDWIG
Paying homage to Ulysse Nardin’s past with new versions of beautiful classics since 1846, when naval commanders and merchant captains the world over came looking for Ulysse Nardin’s marine and pocket chronometers, the company has been building on his winning approach of timekeeping innovation and precision. Every decade since then has seen its share of prize winning innovative timepieces come out of the manufacture in Le Locle, Switzerland. These mechanical timepieces provide a perpetual source of inspiration, both for collectors who appreciate their eternal beauty and continued performance, and for the watchmakers at the Swiss manufacture. Today, the release of the Classic Perpetual Ludwig timepiece celebrates this illustrious history with resolutely modern aplomb. Master watchmaker Ludwig Oechslin was renowned for his knack of finding the most direct solutions to the most complex problems. It was his genius for finding simplicity in complexity that was behind the first perpetual calendar timepiece in 1996. A watch that enabled forward and backward date adjustments using a single crown was unprecedented in Haute Horlogerie, and especially one that relied on so few components. Now, the Classic Perpetual Ludwig pays homage to the legend with a vintage-styled edition. The unrivalled UN-33 perpetual calendar movement is the beating heart of this eternal classic, behind the calendar settings on the dial – the big date in its double window, month, day and year – as well as the small seconds. Streamlined sty-ling enhances the beauty of the silver dial with blue hands, resting in a 41 mm steel case that is water resistant to 30 m. 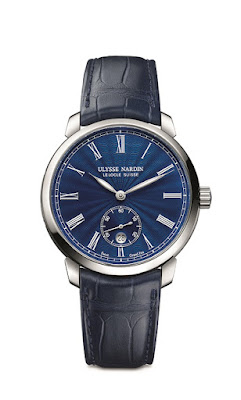 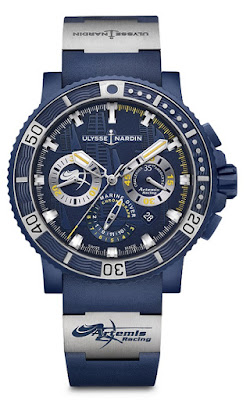 CLASSICO MANUFACTURE
Ulysse Nardin highlights the exquisite art of enameling with a translucid blue Classico Manufacture "Grand Feu" and its unique savoir-faire in the fine craft of enameling. As part of a closer look at this lost decorative art, Ulysse Nardin will launch a new edition Classico Manufacture with a blue "Grand Feu" enamel dial. The timepiece upholds the three fundamentals upon which Ulysse Nardin has built its reputation as a mechanical watchmaker: independent manufacturing, rare craftsmanship and an unceasing quest for innovation. This Classico Manufacture is powered by the self-winding UN-320 caliber, a movement entirely designed and produced in-house by the Swiss manufacture. It incorporates the celebrated silicium hairspring and anchor es-capement, also designed and manufactured in-house. In fact, Ulysse Nardin pioneered the use of silicium parts in mechanical watchmaking, being the first to identify the advanced material's potential for improved precision and durability before others followed suit. The second pillar of Ulysse Nardin's unique savoir-faire is evident in the artistry of the "Grand Feu" enamel dial. Created by the Ulysse Nardin company, Donzé Cadrans, specialists in the fine art of enameling, this "Grand Feu" enamel dial is a stunning blue. Only a handful of craftsmen have the necessary skill to master this 17th-century technique, and the blue dial of the Classico Manufacture "Grand Feu", with its delicately translucid quality, is a fine example of this challenging art.

DIVER CHRONOGRAPH ARTEMIS RACING
Ulysse Nardin Limited Edition Diver Chronograph Artemis Racing is about Innovation, Performance and Engineering. How fitting that Ulysse Nardin would embark on a partnership with America’s Cup team Artemis Racing – sharing as they do a seafaring history, as well as a desire to push against limits, and to innovate with new technologies and materials. The Swiss watchmaker pays fresh tribute to the seafaring skill of Artemis Racing with the Ulysse Nardin Diver Chronograph Artemis Racing, crafted in a limited edition of 250 pieces. With its dashing Artemis Racing-inspired styling and the reliable precision of the Diver collection, this marine-lover’s timepiece proves itself on land or at sea. On land, its ultramarine coloring reveals its aquatic DNA, as does the distinctive wave pattern on two sides of the bezel. Fine engravings of the celebrated Artemis Racing catamaran in action decorate the dial. The beautifully stylized Artemis Racing logo appears both in the 30-minute counter at 9 o’clock, and on one of the two bracelet elements. The Diver Chronograph Artemis Racing is a diving watch in every detail, down to its rubberized screw crown for added water resistance: this diver will take you down safely to 200 meters. Another feature of the timepiece – a unidirectional bezel – helps divers keep a grip on their time underwater, preventing accidental movements in the wrong direction. Luminescent Superluminova markers on the dial improve visibility in the dark-est places. 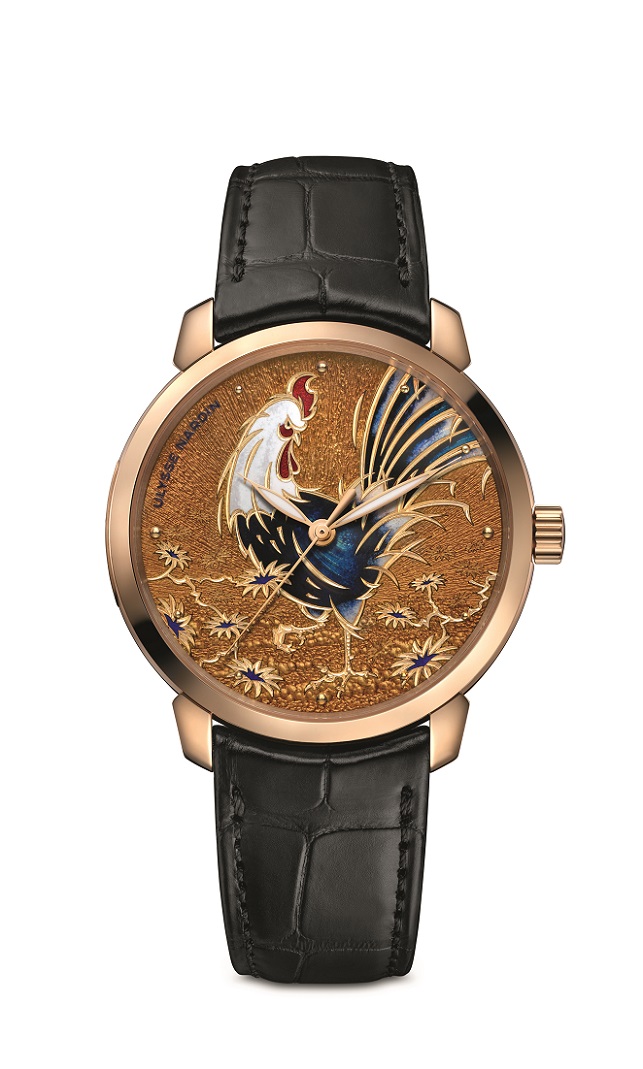 CLASSICO ROOSTE
Ulysse Nardin Introduces the “Year of the Rooster” Timepiece to the Classico Collection. Confident and dynamic, the rooster rules the roost with hard work and innate talent. Very little escapes the powers of perception of this highly observant creature, renowned for his sociable, gregarious nature. In keeping with his pride of place on this precision Classico, the rooster is also widely appreciated for his punctual timekeeping! Ulysse Nardin celebrates his energetic panache with the “Year of the Rooster” timepiece, the most recent addition to the Classico Collection. In this classical depiction, the artist has perfectly captured the rooster’s natural energy. It is the centuries-old champlevé method of enameling that brings the artist’s sketch to life. A rare art form and one mastered by very few, the champlevé technique involves the carving of cells with a chisel directly on the dial, which are then filled with enamel. Its colors come from the careful blending of different metallic oxides. The dial is fired until the enamel melts and is then smoothed and polished. The final step, which is also the most delicate, consists of enriching the motif by chiseling all the metal parts on the surface. For over 25 years, Ulysse Nardin has been bringing this artistry to its dials, and is in fact one of the only watchmakers devoted to the centuries-old craft. It is mastered in-house at Donzé Cadrans, a member of the Ulysse Nardin group of companies. The Classico Collection numbers a series of original enameled pieces, beloved and collected by many. For 2017, Ulysse Nardin is pleased to introduce the “Year of the Rooster”, a limited edition of 88 pieces in 18-karat rose gold, powered by the self-winding UN-815 movement with its COSC certification. Combining characteristic engineering excellence with the artistic mastery of enameling, the Classico Rooster is a reliable timepiece of elegant beauty, perfect for the courageous, confident individual with an instinct for success. 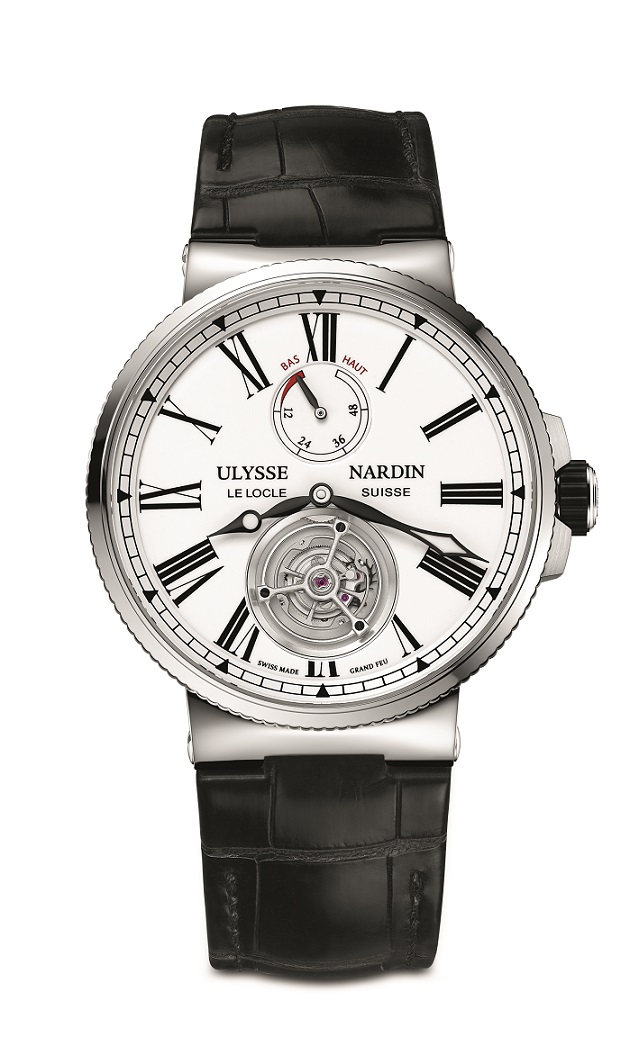 MARINE TOURBILLON
The marine world has been an integral part of Ulysse Nardin’s history since 1846, when a young Ulysse Nardin created the first coveted marine deck chronometers. These precision navigational instruments, prized by mariners and navies the world over, were valued for their accuracy at a time when even few seconds’ difference could mean life or death, success or failure. These early timepieces were the precursors of the Ulysse Nardin Marine collections to come, like this exquisite Marine Tourbillon. In one magnificent timekeeping instrurment, the Marine Tourbillon unites the three funda-muntals so essential to Ulysse Nardin’s identity: in-house production, technical avant-garde and rare artistry. Produced in-house at Le Locle, Switzerland, the self-winding UN-128 caliber is entirely new. Expressing the brand’s development and continued independence in the movements manufacture, it harnesses the properties of silicium technology, with a 60-hour power reserve and a magnificent flying tourbillon. From its position at 6 o’clock, the tourbillon is the central focus of this highly desirable timepiece and celebrates the watchmaker’s con-tinued pursuit of the technical cutting-edge. A flying tourbillon is one of the most impressively complex mechanisms in the world of Haute Horlogerie. De-signed to counteract the negative effects of gravity on the accuracy of a movement, it is one of the finest achievements in mechanical watchmaking. And in this particular high-precision timepiece, the cage, wheels, screws and hairspring of the flying tourbillon are produced entirely in-house by Ulysse Nardin. The power reserve has always been a historically important aspect of the Marine Collection, as it harks back to a time when sailors relied on the power of their precision navigational instruments to determine their position at sea. With its 60-hour power reserve, the Marine Tourbillon proves itself a reliable partner to all those who require relia-ble accuracy over time.
Posted by mylifestylenews at 12:00 AM