Further to an overwhelming response to its SOLO 32 collection launched in 2016, Bremont adds to its range of ladies’ mechanical chronometers by producing beautifully engineered and British mechanical watches has always been at the heart of what Bremont is about and being able to do this in the smaller 32mm case size has been a wonderful addition to the Bremont line-up. 2017 sees Bremont introducing two new rose gold variants into the collection, one falling into the AJ line and the other into the LC line. Very much based on the 32mm models released in 2016 the AJ dial design is more modern with applied index markers, this time in rose gold. ‘AJ’ is of course a nod to one of the English brothers’ childhood heroes, Amy Johnson, who flew her DH-60 Gypsy Moth from England to
Australia in 1930. 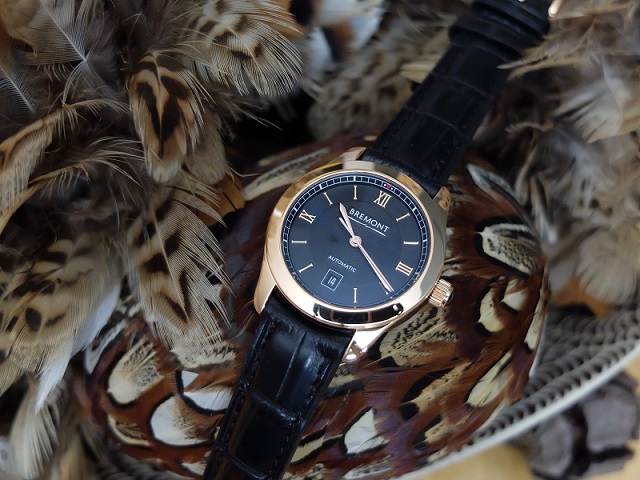 By contrast the SOLO 32 LC/RG is more timeless with its roman numerals which beautifully offset a new black dial against its rose gold casing. ‘LC’ honours Lettice Curtis, arguably the most remarkable female pilot of the Second World War, flying a wide range of military combat aircraft with the Air Transport Auxiliary and being the first woman to qualify to fly a four-engine bomber. Bremont Co-Founder, Nick English: “It has been fantastic to see the new SOLO 32 watches being so well-received amongst Bremont’s female followers. Expanding the range further with the introduction of the solid rose gold cases felt appropriate and looks very elegant indeed.”
Posted by mylifestylenews at 12:00 AM