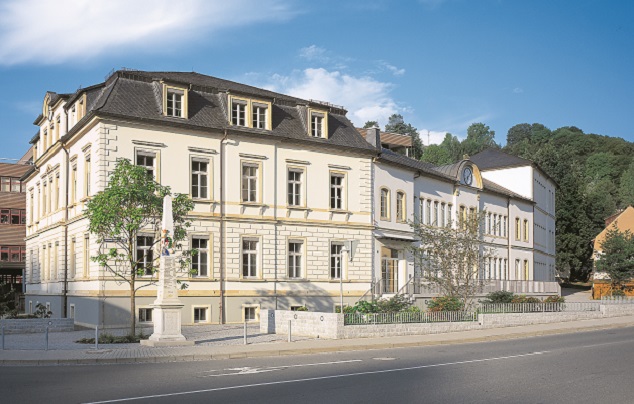 From 26 to 28 May, A. Lange & Söhne is staging its sixth appearance at the exclusive concourse d’élégance for automotive works of art, ranging from the earliest years of motoring to the concept cars of tomorrow. This year, the motto of this tradition-steeped event is “Around the World in 80 Days – Voyage Through an Era of Records.” As in past years, the winner of the “Best of Show” category will be presented with the unique Como Edition of the LANGE 1 TIME ZONE. During the last weekend in May, the world’s most elegant classic vehicles will be able to be admired in the sprawling grounds of the Villa d’Este on Lake Como. Historic automobiles and motorcycles, as well as concept vehicles that provide a visionary glimpse into the future, will vie for the votes of the jury and the public in five categories. In partnership with the Concorso d’Eleganza Villa d’Este, A. Lange & Söhne has been sponsoring the three-day classic weekend since 2012. This year, the Saxon manufactory is again donating the coveted prize for the competition’s most charismatic automobile. At the award ceremony on 28 May, Lange CEO Wilhelm Schmid will present a customised.

LANGE 1 TIME ZONE “Como Edition” to the winner in the prestigious “Best of Show” category. The hand-engraved caseback of this white-gold special edition depicts the Concorso’s coat of arms. On its city ring, Central European Time is represented by Como. The motto of this year’s Concorso d’Eleganza forges a number of links to the heritage of the competition and to A. Lange & Söhne. The Grand Hotel Villa d’Este opened its doors in 1873 and, in Glashütte, the Lange family domain was built to serve as a residence and manufactory. Jules Verne’s adventure novel Around the World in 80 Days was published in the same year.

Its topics portrayed in the book, the circumnavigation of the globe combined with a race against time, precipitated enormous progress in human mobility as well as new demands in time measurement. In 1883, a year before the International Meridian Conference in Washington D.C. subdivided the world into 24 one-hour time zones, A. Lange & Söhne was already crafting pocket watches capable of displaying different times, either with two pairs of hands or a second dial on the movement side. They are regarded as historic precursors of the LANGE 1 TIME ZONE, which has a second time indication that can be quickly and conveniently set to any of the 24 time zones with a pusher and a city ring.