13 Hours The Secret Soldiers of Benghazi 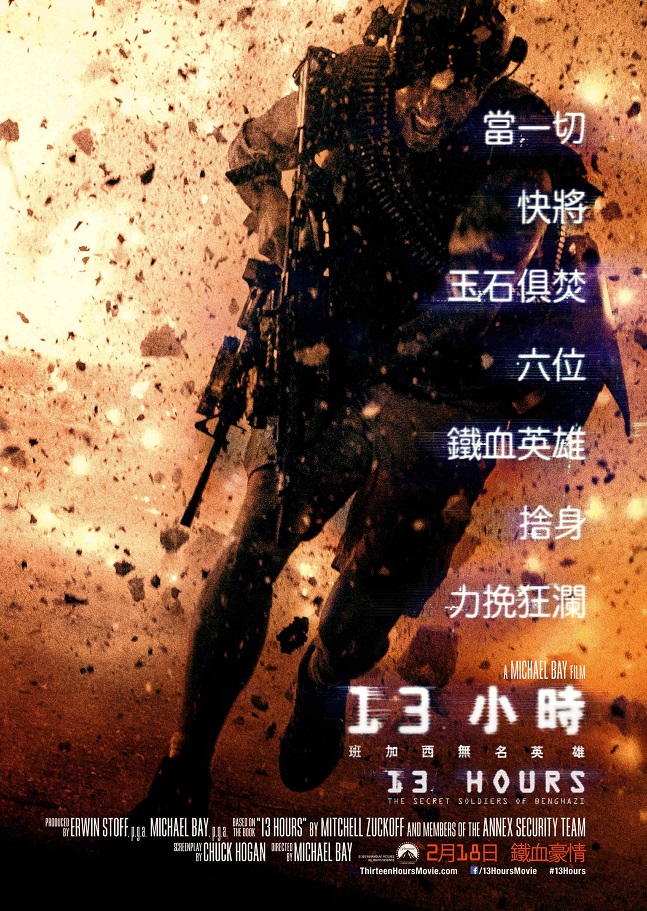 On Sep 11, 2012, Islamic militants attacked the U.S. Consulate in Benghazi, Libya, killing ambassador J. Christopher Stevens and Sean Smith, an officer for the Foreign service. Stationed less than one mile away are members (James Badge Dale, John Krasinski, Max Martini) of the Annex Security Team, former soldiers assigned to protect operatives and diplomats in the city. As the assault rages on, the six men engage the combatants in a fierce firefight to save the lives of the remaining Americans...... 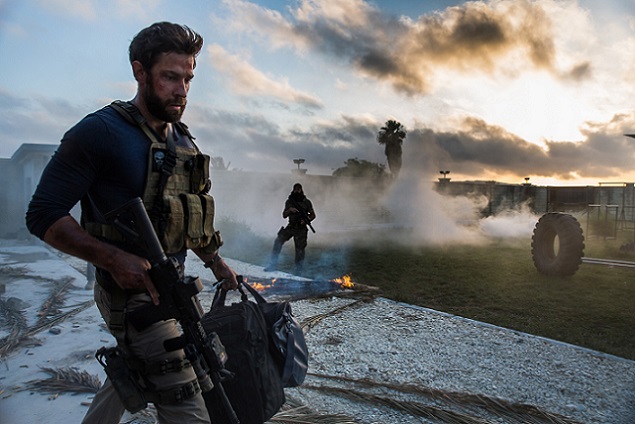 Sounds unbelievable doesn’t it, but 13 Hours is a biographical political-action thriller that will have you on the edge of your seat for most of the screen time. You may or may not be familiar with the real incident at the unofficial US Consulate in Benghazi, but it is a case of too many things happening in a short space of time that it almost seems unbelievable, and yet, it did actually happen and caused Hilary Clinton a lot of trouble while she was the Secretary of Foreign Affairs at the time and in charge of all Consulate staff around the world. The story centres around a group of soldiers comprising the Annex Security Team that are guarding a US outpost in Benghazi and when the Ambassador decides to make a flying visit without proper security measures, events take an unreal and deadly turn that begs the question why no one could foresee such action and Hilary Clinton was put in front of a Congressional committee to explain why US intelligence was not able to gather evidence in advance of such an attack.

Where did it all go wrong and create such a riveting story? Given that this true story was so public, Director and Producer Michael Bay has pieced together a visceral drama that is a slow boiler at the beginning, but you begin to get very uneasy when the Consulate officials don’t translate some coincidences into potential danger creating some pretty intense action for the second half of the film. To set the scene, the story begins with a close knit bunch of soldiers played by John Krasinski, Pablo Schreiber, James Badge Dale, Max Martini, David Denman and Dominic Fumusa - seeing some questionable actions by locals, but they aren’t readily able to identify who is dangerous and who are friendly until it is too late. As events escalate out of control, they can see that some measures need to be taken, but are over-ruled by the head of the mission, played by David Costabile. Against their better advice, he puts everyone in danger as he insists on doing everything by the rules and the security guys have no authority and just act on orders. This leaves them grasping at straws to deal with the action as it unfolds before their knowing eyes, yet they feel powerless to make decisions and take a stand with all their combined experience. However, when they realize that no one listening in from key U.S. Intel stations further afield will help, they end up having to over-rule and establishing a plan of attack, which saves more lives than they knew at the time. The collateral damage is the US Ambassador and his Aides as they are over-run by combatants and lock themselves in a safe room without any escape route. 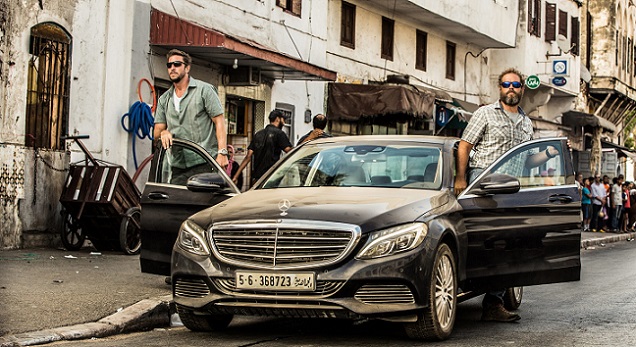 There are a lot of what ifs that you keep asking yourself as it all goes horribly wrong. Why didn’t the key employees of the Consulate not know what was going on with their intelligence gathering? Why is it that the soldiers don’t know who the bad guys are? Why can’t command in the U.S.A and closer to Tripoli make some quick decisions, but everyone seems powerless except the tight-knit bunch of soldiers that end up taking the brunt of all that is thrown at them by local combatants. This is a story that stands on its own merits, as much as it portrays a tragic recollection of events in U.S. foreign policy intelligence gathering and operating in a foreign country that is spiraling out of control. It is a thrilling ride for the most part and there are so many supporting actors that are too numerous to mention, but you should not miss this thriller.