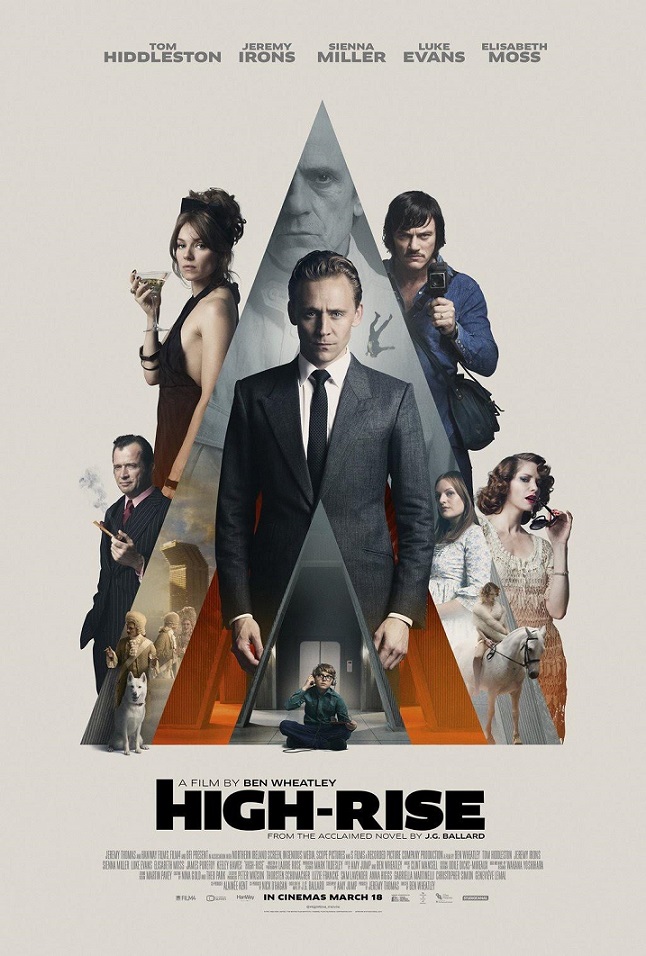 When you think you want to move a new place that is almost a utopia to begin with a new high life, things may not be as ideal as you may have planned. This black humor and horror film offers a creepy yet future-retro vision of a society riven by wealth and class warfare lead to anarchy directed by Ben Wheatley’s adaptation of JG Ballards’s “unfilmable” books attracts casts like Tom Hiddleston, Sienna Miller, Jeremy Irons, Luke Evans and many other talented actors to participate in this unexpected thrilling adaption’s film. 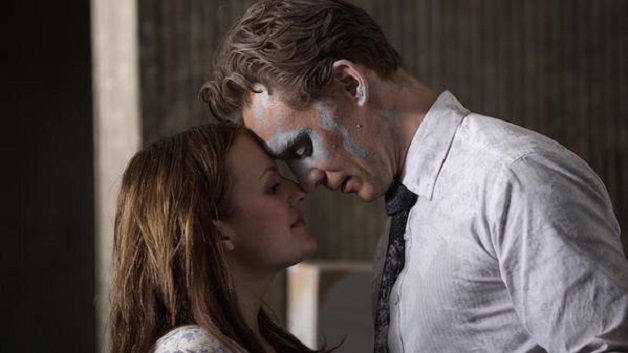 In 1975, two miles west of London, Dr. Robert Laing (Tom Hiddleston) moves into his new apartment seeking soulless anonymity, only to find that the buildin’s residents have no intention of leaving him alone. Resigned to the complex social dynamic unfolding around him, Laing bites the bullet and becomes neighborly. As he struggles to establish his position, Laing’s good manners and sanity disintegrate along with the building, the lights go out and the lifts fail but the party goes on…….People are the problem, Booze is the currency and se sic panacea. 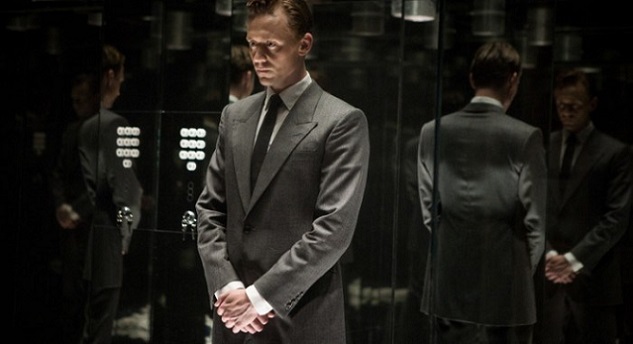 Wheatley is a smart and resourceful filmmaker who knows how to modulate his imagery especially the set and costumes based in the 1970’s. Despite rallying his biggest cast, Wheatley seems to be at a loss with how to communicate his ideas about class disparity beyond poorly delivered broad strokes while you may see some method of his madness yet the film did not execute a more slick way out and was poorly constructed creed rather than a crafty assault on the senses. 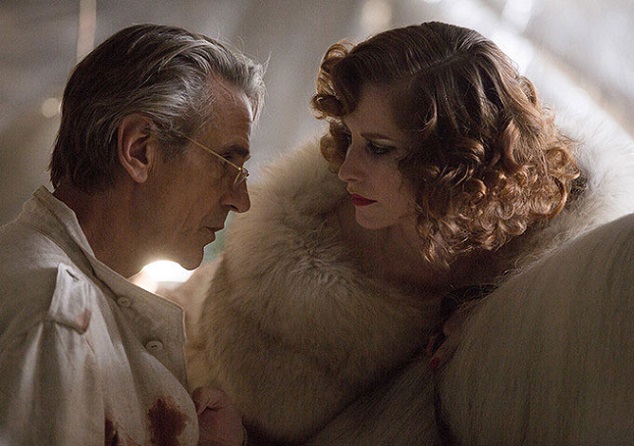 The visualization is crisp, definite but not immediately provokes a scurrying to the exits. This hot cult <High-Rise> property unruly black comedy may not be the mainstream audiences cup of tea and yet. Wheatley understands the microcosm that he has created and behind that smile, there is something creepy and tragic. We don’t mind surrealism with a slick continuance and something to hang on to and unfortunately he fails to deliver that to his audiences. If there were any rhyme to what Wheatley was putting together, it could make a more rewarding experience instead of his desire putting his audience on edge instead just knocks them off the cliff entirely. 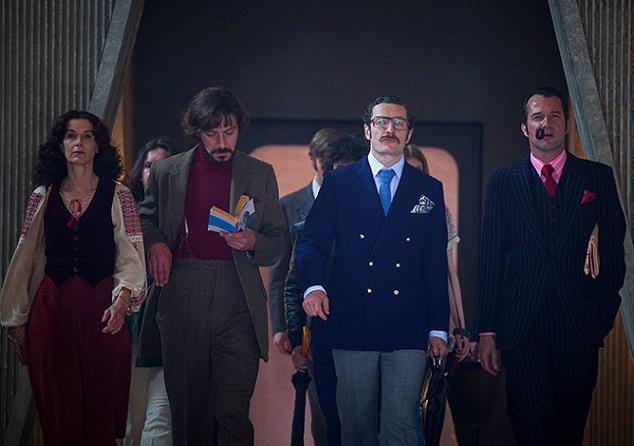