Zaha Hadid's B zero1 For Bvlgari 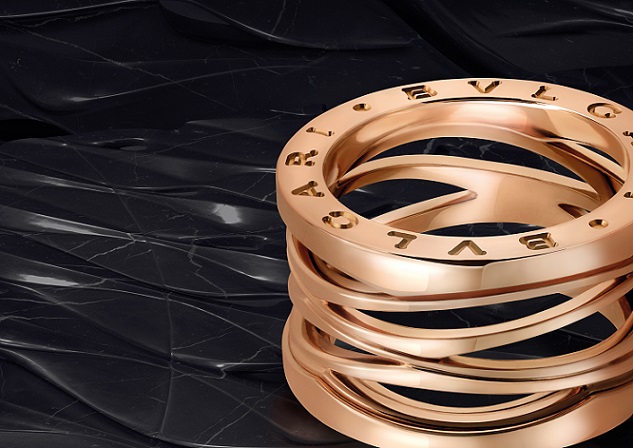 Zaha Hadid marks a new chapter in Bulgar i’s most iconic and coveted jewellery collection, with a masterpiece that showcases her unmistakable style: the new B. zero1 Design Legend ring. Bulgari, the Roman Jeweller, together with Zaha Hadid, the greatest woman in architecture of all time, fuse their boundless talent in the name of creativity and design. Drawing its inspiration from the world’s most renowned amphitheater, the Colosseum, Bulgari celebrated the new millennium with the creation of i t s now iconic B. zero1 ring, whose unique and state of the art design revolutionized the aesthetic codes of classic jewellery. Today, the B.zero1 Design Legend ring is a fusion of style trademarks communicating one perfect language. 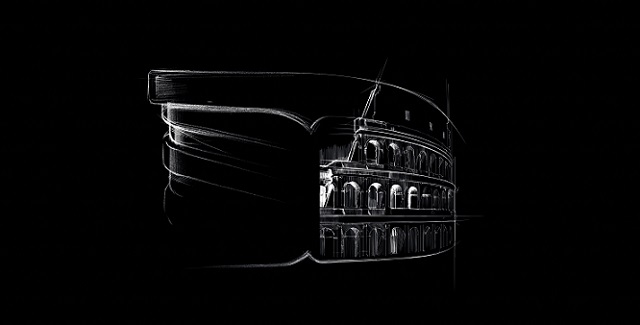 Combining Emperor Vespasian’s architectural statement of power, Bulgar i’s bold and geometric design and Hadid’s fluid and curvaceous construction, the new ring is the sublime synthesis of the classic, the revolutionary and the timeless . Just as Bulgari has revolutionized the aesthetic codes of traditional jewellery, Zaha Hadid has liberated architectural geometry by creating highly expressive, sweeping fluid forms of multiple perspectives: pillar s which would have traditionally been constructed vertically are oblique; corners dip into unexpected curves; corridors and passages open spectacularly onto windows that dive into the landscape. 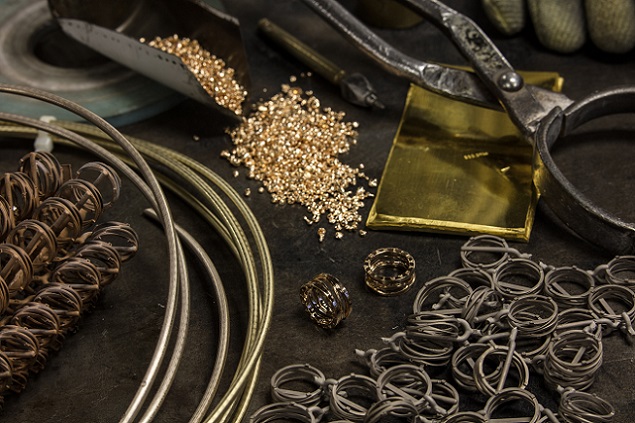 The same pioneering approach has marked Bulgari’s style for decades, incorporating unusual colour combinations, unexpected materials such as ceramic or marble and bold proportions, challenging and redefining the very essence of jewellery design. B.zero1 Design Legend fits perfectly into Bulgari’s creative vision, as the collection is not intended to appease convention, but rather to go beyond the limits of classic jewellery design and express exquisite ingenuity. Pioneering and creative, Bulgari has become known over the years as a master of innovation for its novel approach to design, sharing with Hadid the compelling desire to break conventional barriers . Amidst 1950s diamond-focused designs, Bulgari begins fashioning rebellious creations with semi precious and precious stones together, inventing an unprecedented style with colour combinations. 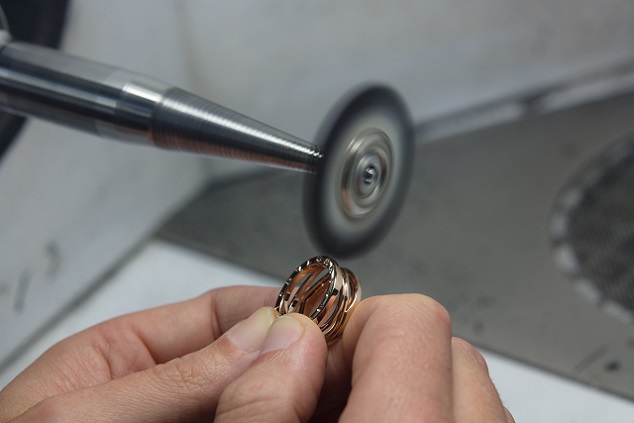 Years of great social changes and experimentation, the 1970s inspire Bulgari’s imagination to go once again beyond design frontiers, incorporating in the great variety of motifs unusual materials, such as coins from antiquity, steel and silk. Bulgar i’s drive for innovation is expressed also through the creation of new techniques. One of the most characteristic and successful is the tubogas, a flexible band of sleek and polished contour s produced without soldering, that is since the 60s one of the trademarks of the brand. With this enlightened concept of jewellery design, Bulgari crafts in 1999 B. zero1, a ring that defies all conventions, a powerful statement of its innovative vision, in a synthesis of pure lines, bold proportions and unusual materials. 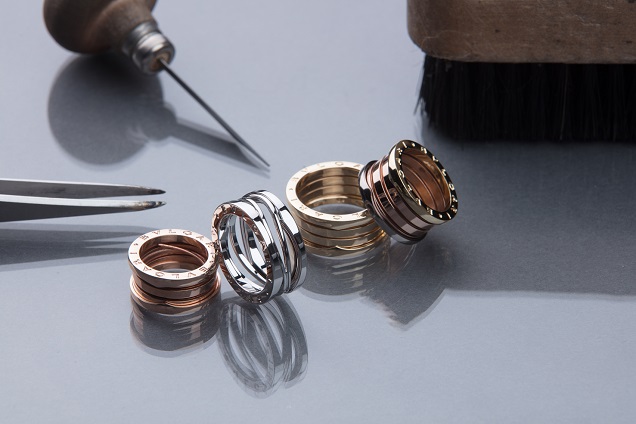 The new disruptive design takes form in four new creations enriching the B. zero1 constellation; the bold 4-band ring in pink gold, also available in a thinner 3-band version in white or pink gold; and an edgy pendant in pink gold. With the original design of the ring in mind, which fuses two hallmarks of the brand – the tubogas motif and the BVLGARI double logo – Zaha Hadid deconstruct s the iconic central looping band. Clasped by two flat rings which are engraved with the classic BVLGARI logo, the central body of the ring takes the shape of undulating gold waves , flowing freely in an indefinable yet distinctive and dynamic movement. 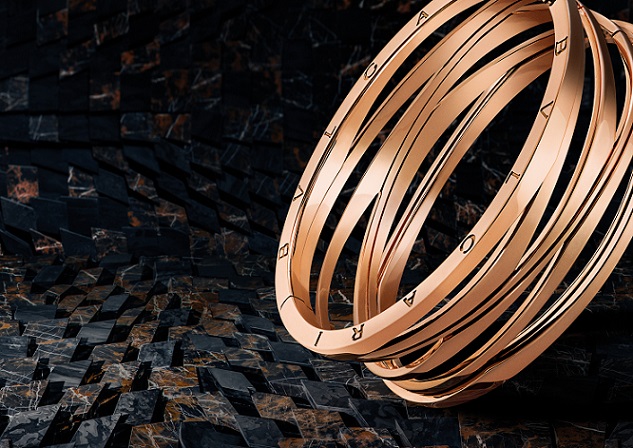 The ring’s infinite curvilinear structure exemplifies fluidity and feeling of movement, with a design that makes a rigid material looking effortlessly organic and alive. The intersecting circles of the B.Zer o1 Design Legend ring appear to hover over the finger rather than close around it, tricking the perception and demanding a closer look , just as out standing buildings oblige you to firstly admire the beauty of the structure before compelling you to question the very physics of architecture that make the fabulous feats of design possible. Bulgari parted from convention with the B .zero1 empowering the wearer rather than celebrating an occasion. This manifested in a non- conventional structure of a wide band, and focused on its form rather than a jewel as a centrepiece, and revolutionised not only the classic style of ring up to that point in design history, but also the ideal of one.

Email ThisBlogThis!Share to TwitterShare to FacebookShare to Pinterest
Labels: 《ART AND DESIGN》, 《JEWELLERY》