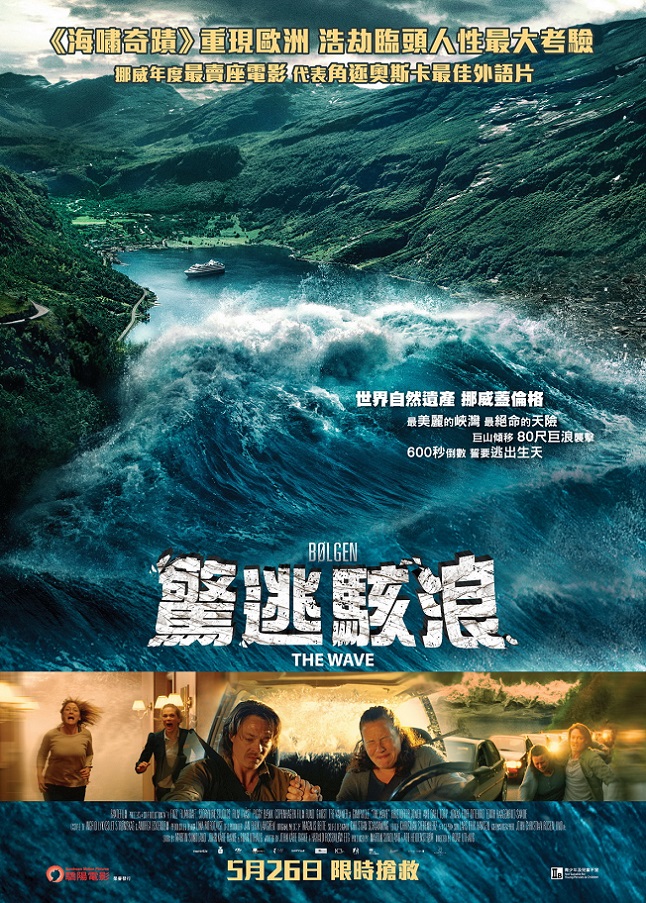 If 10 minutes can save your lives, all you have to do is run and escape to a higher point and waiting to be rescued. <The Wave> or BOLGEN is the gripping disaster movie that makes uncommonly smart use of disaster film clichés that set in a Norwegian fjord. The premise is a simple one, but one that foreigners may not even be aware is even possible, yet it is. The film centres on a tight knit family begins with the experienced geologist Kristian Eikfjord has accepted a job offer out of town. He is getting ready to move from the city of with his family, when he and his colleagues measure small geological changes in the underground. Kristian gets worried and his worst nightmare is about to come true, when the alarm goes off and the disaster is inevitable. With less than 10 minutes to react, it becomes a race against time in order to save as many as possible, including his own family of course. 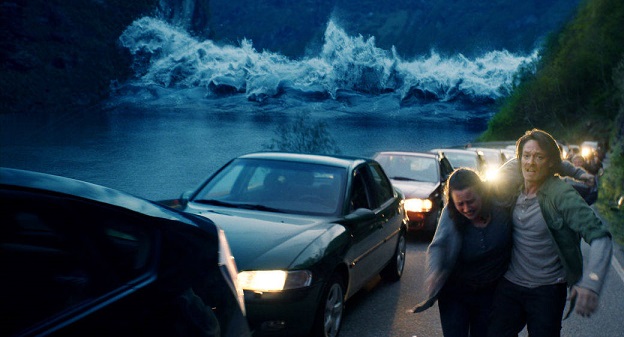 Nowegian Film Director Roar Uthaug has made it an official entry for the Acamedy Awards by creating a taut action drama that does not outstay its welcome. Starring Kristoffer Joner (Kristian), Ane Dahl Torp (Idun), Jonas Hoff Oftebro (Sondre), Edith Haagenrud (Julia), Fridtjov Såheim (Arvid), plus a small supporting cast that work of other key characters. You will be mesmerized and so focused on the beautiful Norwegian’s Fjords’ scenery that you do not think too much about what is lurking under the magnificent mountain that dominates the fjord town of Geiranger. It all comes down to Kristian’s instincts and determination to dig deep when looking for answers to the sudden changes in the water table, but by the time he pieces all the information together, things are going downhill very fast and a whole town is in danger of being obliterated.

The movie is based on a real story when a similar rock slide produced a tsunami that took many lives in 1934, plus there were similar incidents in 1905 and later again, so what is on the screen could happen again, even before the end credit rolling with a message delivered. Uthaug had all the actors do their own stunts, hence there is a lot of realism to what you see on the screen. A refreshing humanistic focus and well acted. Despite the ending is a tad predictable yet it is a still an enjoyable film to watch and able to sustain tension with a pure formula.