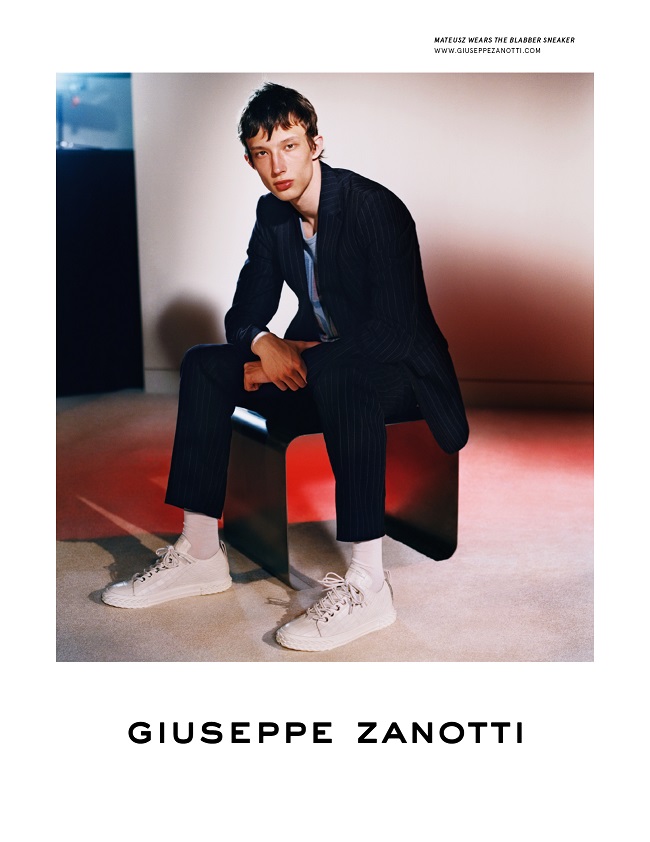 Giuseppe Zanotti AW2019 advertising campaign is sensual, strong, enveloping and standout and celebrates the light and the dark; the strong and the soft; the now and the past in its new cinematic-inspired campaign. 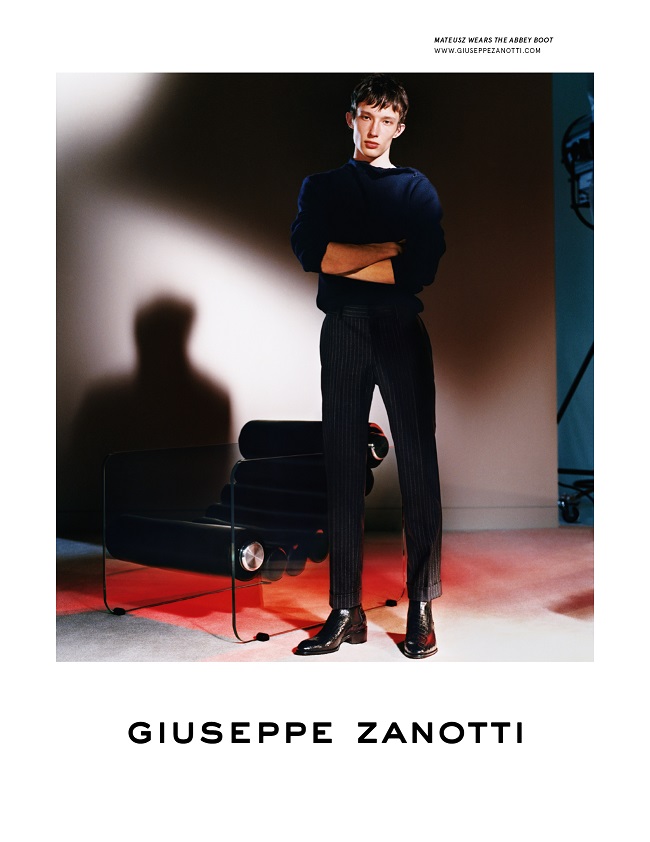 Shot for the first time by art photographer Suffo Moncloa and featuring models Felice Noordhoff and Mateusz Chmielewski, the series is at once evocative and refined. While the accompanying campaign video, directed by Sharna Osborne, is kinetic and unexpected. Together, both capture the essence of the new Giuseppe Zanotti collection: self-possessed, confident, sophisticated and playful. 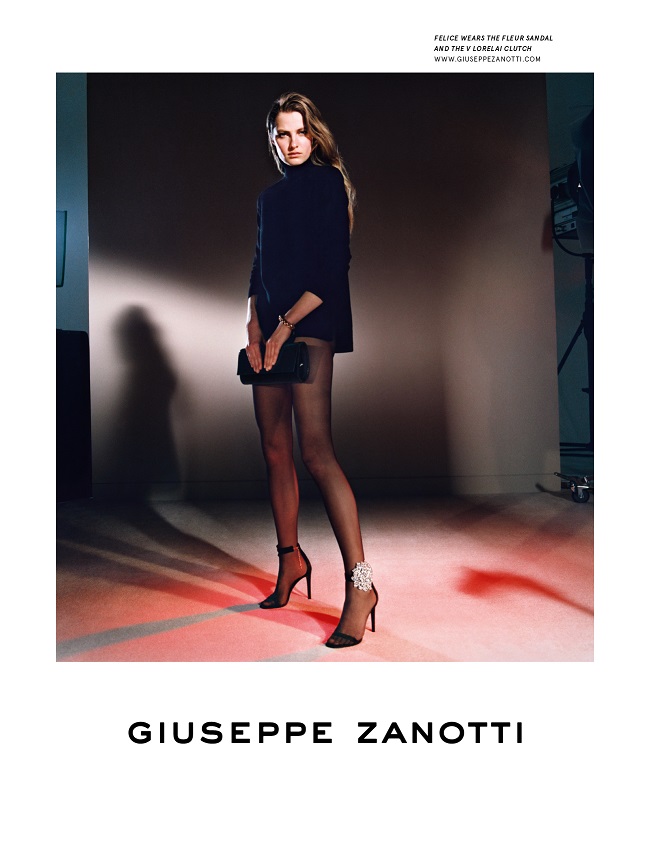 Set in rich, cinematic light, designed with a minimalist sleek set and shot on film, each image is bathed in soft red to create an invitingly chic mood for the key styles of the seasons, from the slouchy, silver “Hattie” boot to the ornate, couture-crafted “Fleur” sandal to the sensual, mixed-media “Susie Feline” pump. For men, the new season “Blabber” sneaker and croc-embossed “Abbey” boot show up in an equally cool and compelling environment. 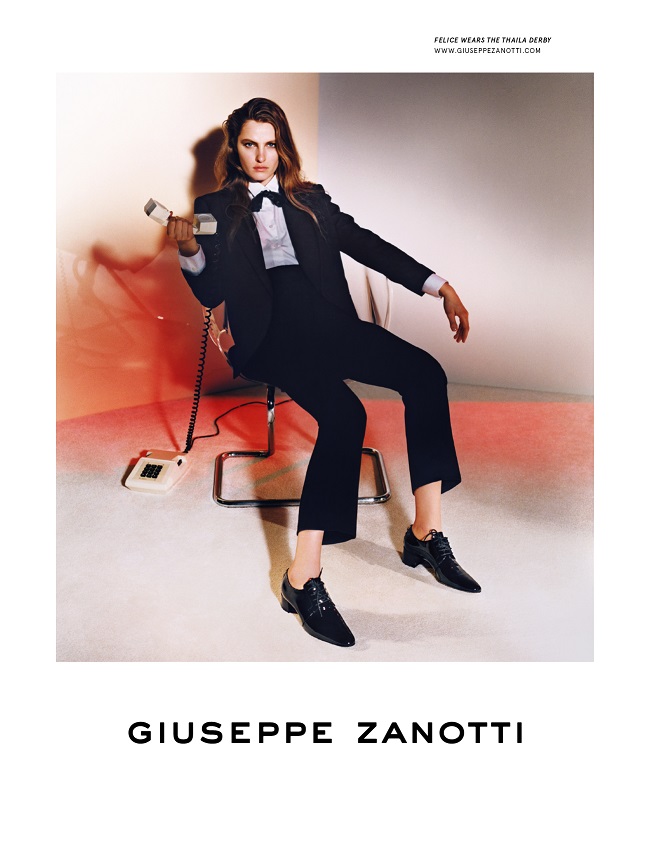 If the portfolio is sweeping, with hints of drama, the video is energetic, indie and at times even slightly nostalgic, as though shot by an intimate friend. 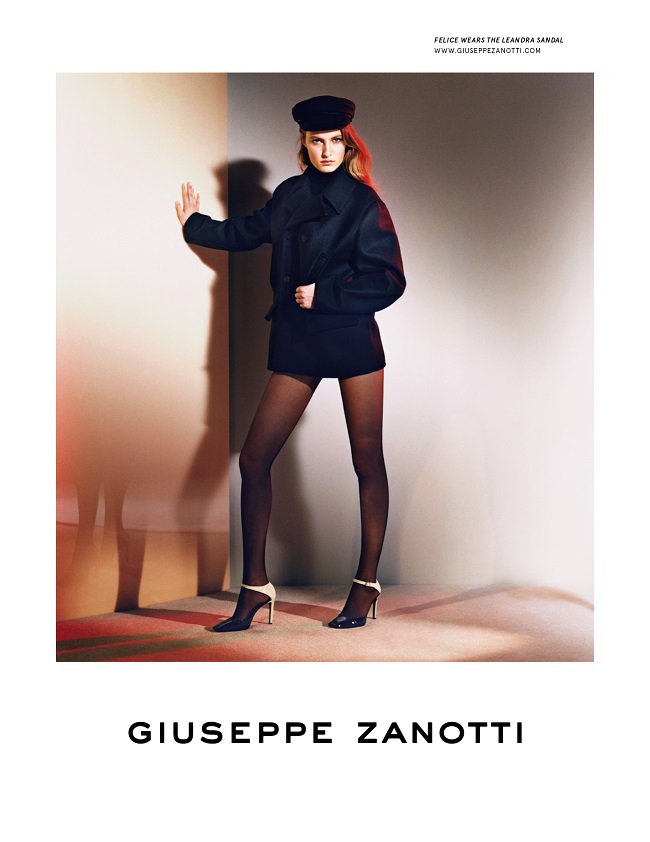 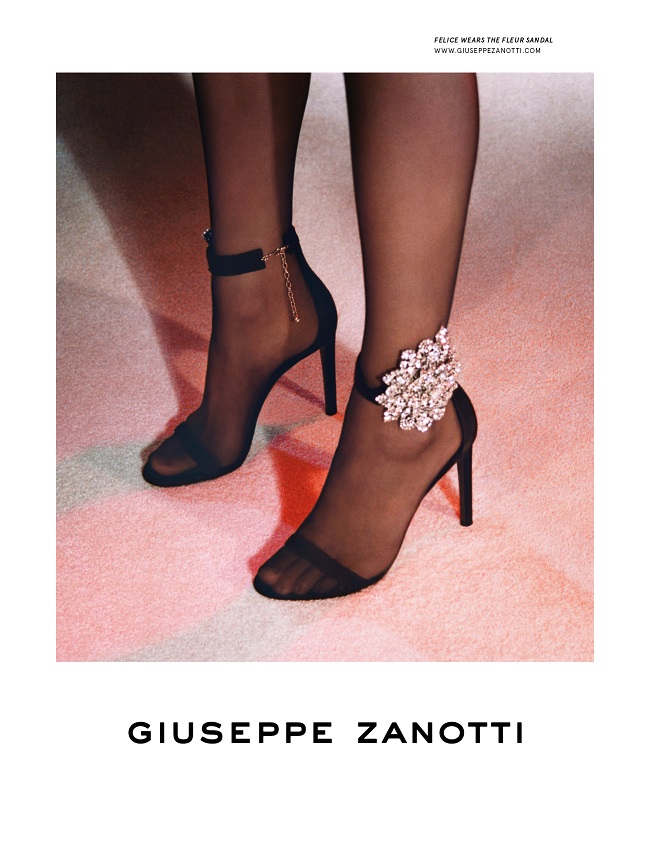 From the retro platform “Bebe” pump to the high-contrast “Leandra” stiletto to the bon ton “Thalia” derby to the one-of-a-kind “Blabber” sneaker, the shoes are front-and-center, portrayed with an artfully mischievous twist. 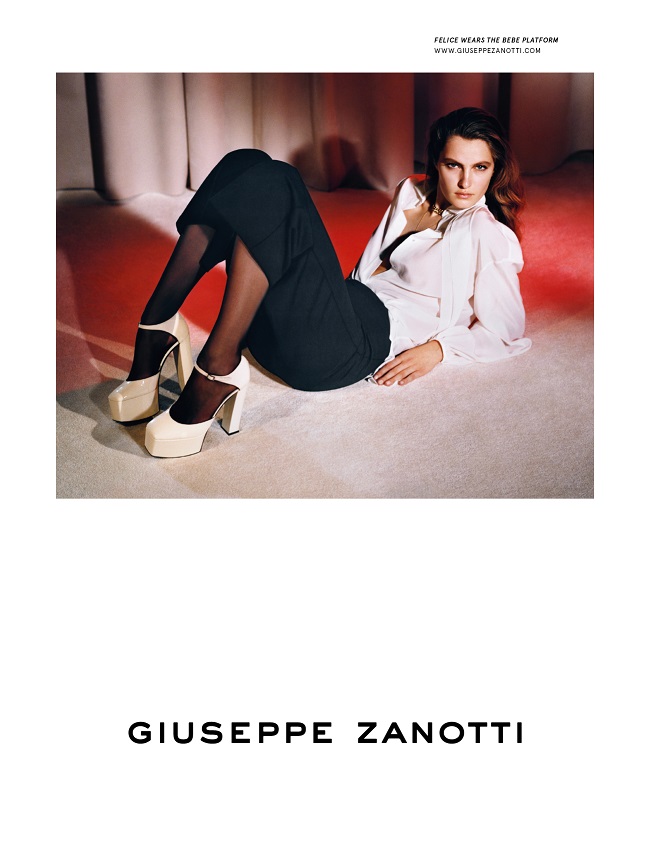 “The Fall collection is all about sophistication and chic contrasts,” says Giuseppe Zanotti. “With the campaign, I wanted to portray both facets of the Giuseppe Zanotti man and woman - elegant, modern, individualistic and always with a certain something that stands out from everyone else.” 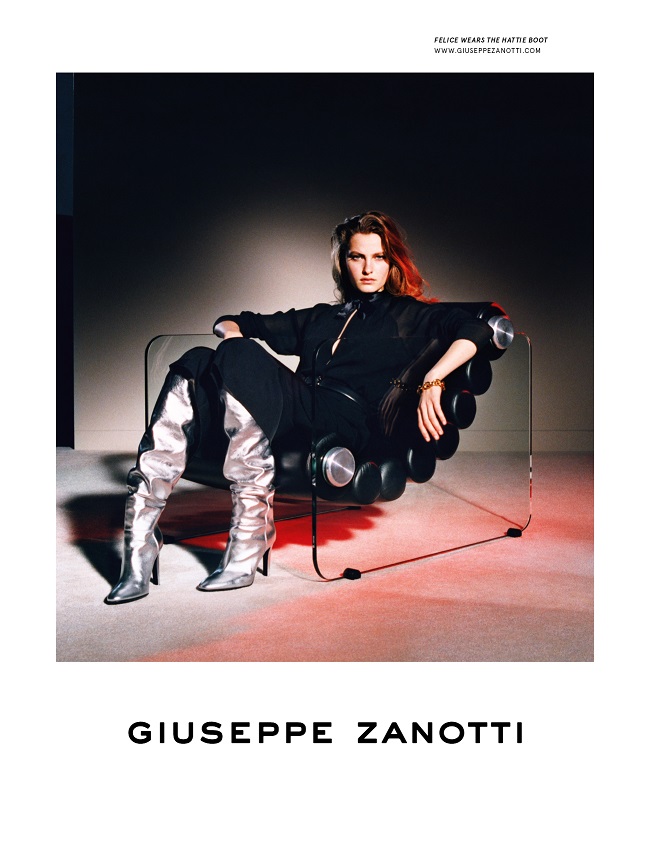