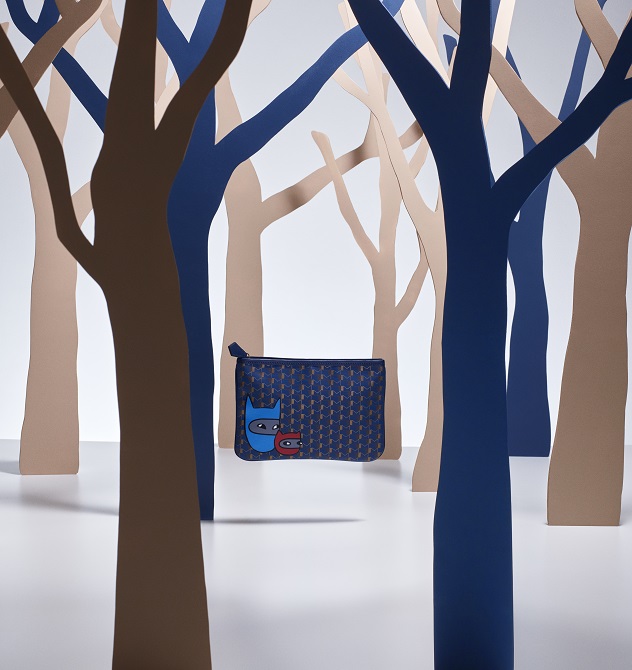 This festive season, Moynat artistic director Ramesh Nair invites you to rediscover the wonderland of Paris seen through the eyes of a child, his fantasy monsterfriends and the imagination of Franco-Japanese artist Tiffany Bouelle. Ramesh discovered Tiffany’s work at an exhibition in Paris and was fascinated by the dream like quality of her universe, the blend of the monstrous and the adorable, the naïf illustrations that nevertheless show an appreciation of our deepest dreams and terrors. He was moved by her voyage of the spirit and imagination, a journey equally dear to Moynat, and her ability to straddle cultures, spaces and dimensions that is also the essence of the legendary Parisian House. 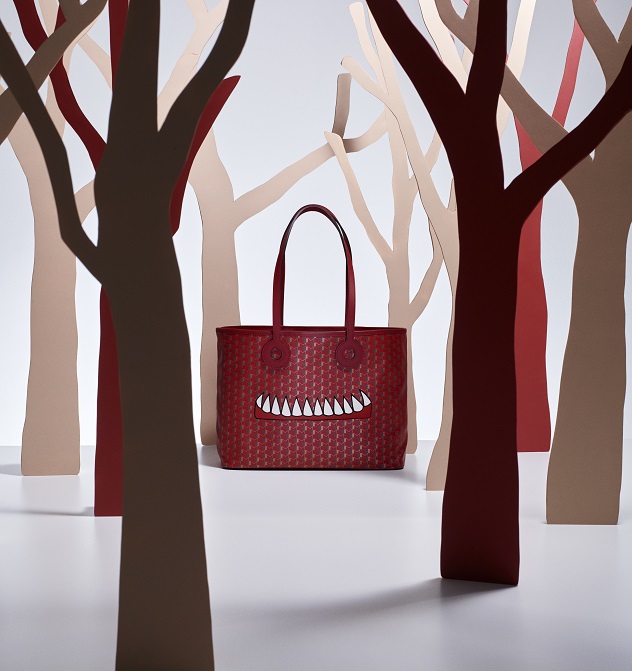 Tiffany had a remarkable childhood in Paris, nurtured by artistic influences from her father and stylistic influences from her mother, playing in the courtyard of her Parisian apartment and the workshop of a neighbourhood violinmaker. This is the period that had the most profound impact on her creative impulses, later augmented by books such as Eloïse in Paris, The Little Prince, Prokofiev’s Peter and the Wolf, as well as a collection of Japanese engravings from the 1800s illustrated with fantastic warriors, folk heroes and spirits. The cultural shock of different worlds colliding, her travels between France, Japan, Tahiti, New York and India inform her ability to glide effortlessly between the real and the imaginary. 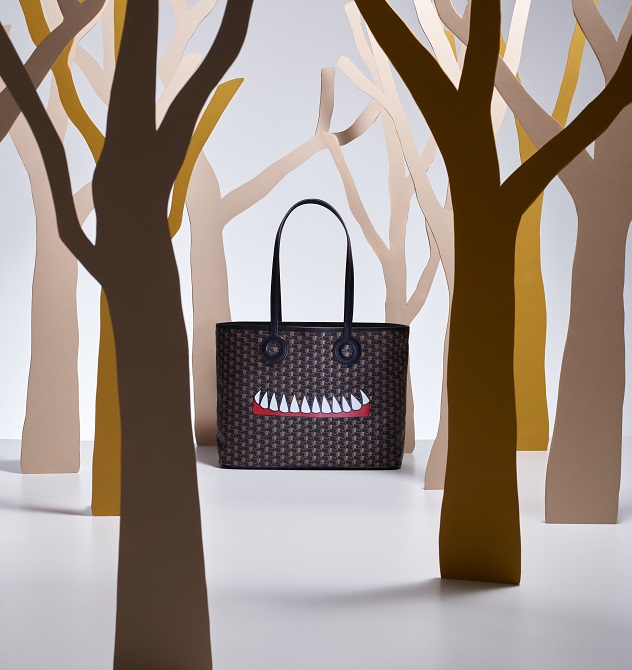 “Bad Dreams” is a series of illustrations Tiffany has imagined for Moynat, with characters that are simultaneously child and adult, inspired by her little brothers and their games. Ulysse is a human while the monster is an “Adam” (in French, this is a play on “à dents” meaning “with teeth”). Their story is a discovery of Paris through a different, magical lens. Every morning, Ulysse has breakfast at Carette and then walks in the Tuileries gardens where he contemplates his favourite statue, Antonin Carles’ “Return from the Hunt”. Strolling along the arcades leading to his destination, he senses a presence behind him. Turning around quickly, he sees a little creature; it is an Adam with a bag held between his paws. He had heard stories about these monsters that lived in the Carrousel du Louvre, monsters with sharp teeth and a highly developed taste for culture. Adam hands the bag to Ulysse and when he opens it, to his great surprise he finds himself transported to the Carnavalet museum before the portrait of Franz Liszt, his favourite pianist. Adam has handed him a bag with magical powers; with it he can teleport himself to any work of art in Paris in the blink of an eye! A discovery that Ulysse will make good use of…Ramesh Nair designed the Bad Dreams collection, using Tiffany’s illustrations to add an element of fun to the Initial canvas and to cleverly highlight new shapes. 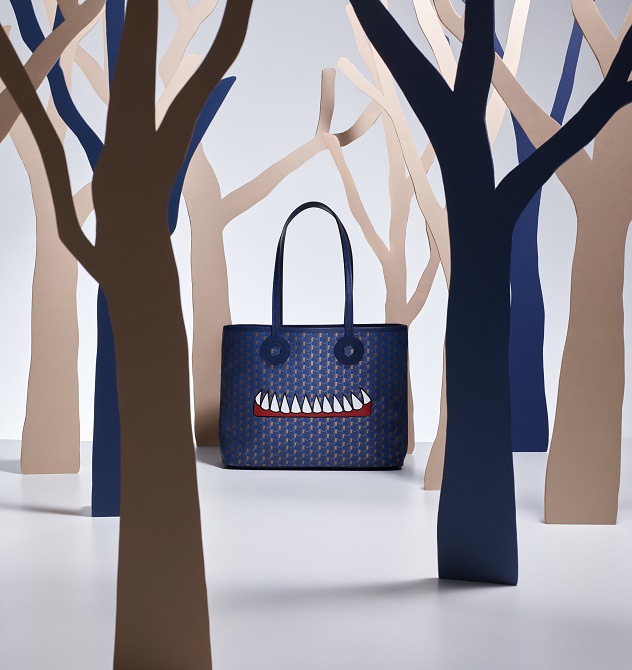 Tote bag «Oh !»
The iconic Initial canvas from Moynat forms the perfect backdrop for this updated tote with a blend of fun and class. The Oh! Tote has a leather handle with circular chapes, which Ramesh has cleverly used to suggest a face for the Adam illustration. The Oh! Tote is entirely lined in the same linen-cotton canvas that is used for the outside of the
bag with no visible seams on the inside, a refinement and elegance of finish that is echoed in the leather binding along all the edges and a fine leather piping along the bottom. The Initial print is delicately picked out in bronze, metallic pigment. The canvas has a soft, natural and powdery finish, far from the plastic-like finish noticeable in most coated canvas. Four screens are required for each colour way and the Bad Dreams illustrations are individually layered over it by hand on one face. The other face carries a sporty stripe that recalls our historic personalised trunks and the Moynat logo, also individually hand screened on each bag. In keeping with Moynat philosophy, our light hearted pieces are just as luxuriously finished as the rest of our collection. 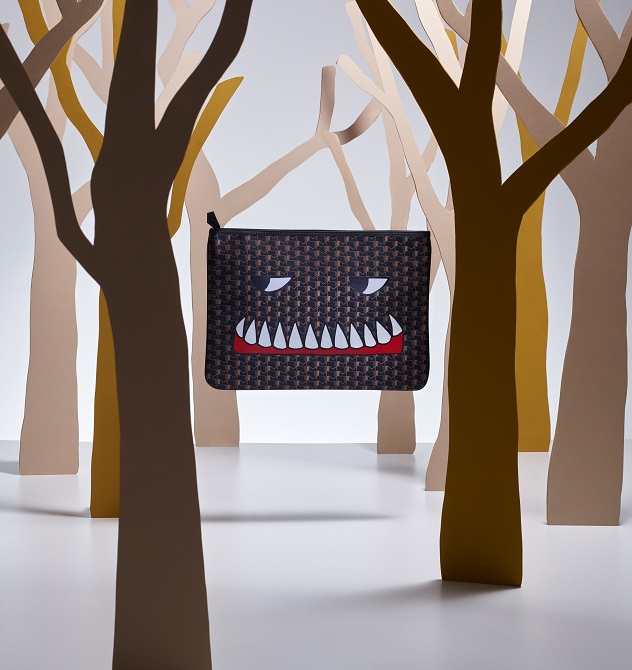 Pouches
Add a little spice to your day with the Adam and Ulysse-themed pouches to match the Oh! tote in the Initial canvas, each individually hand screened and meticulously finished with leather binding. The Bad Dreams pouches are available in 2 sizes: the larger can hold documents, tablet or computer, while the smaller is ideal to carry essentials. Both pouches fit perfectly into the « Oh ! » tote.
Posted by mylifestylenews at 12:00 AM