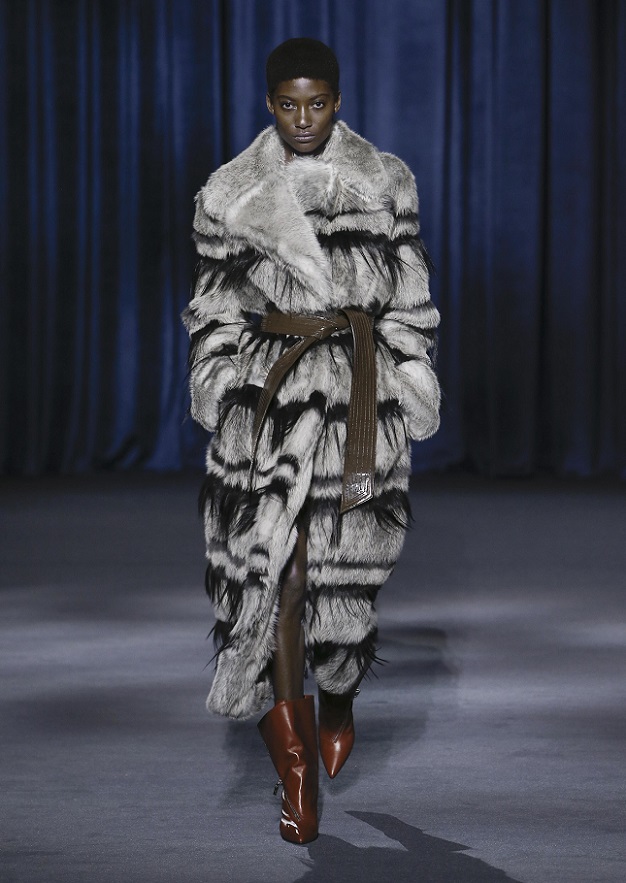 The ambient lens of film noir captures the characters of the AW2018 women’s and men’s ready-to-wear collection designed by Clare Waight Keller. 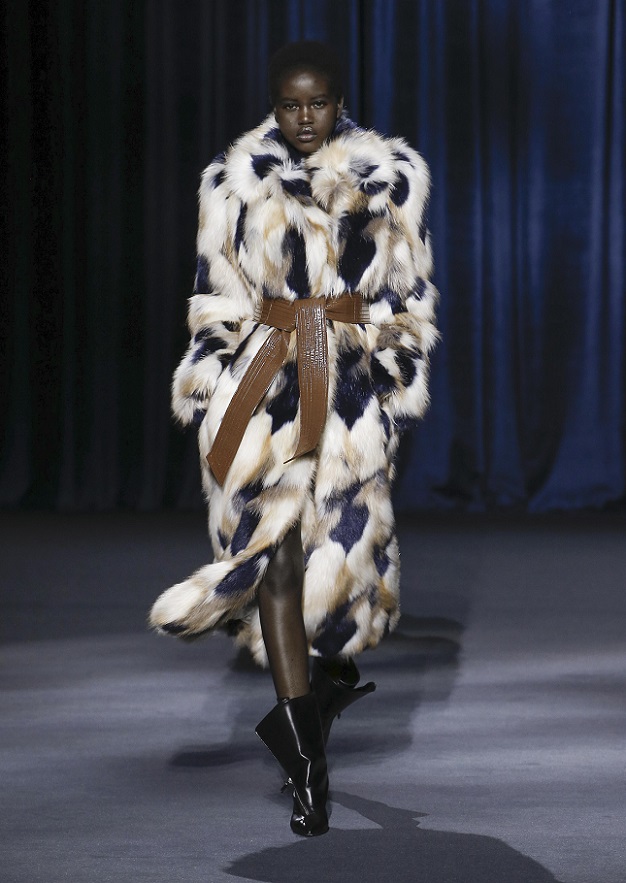 Evocative of the grit and glamour of Berlin on the cusp of the 1980s, cinematic vignettes portray the starkly photogenic loucheness embodied by the nightlife of the era. 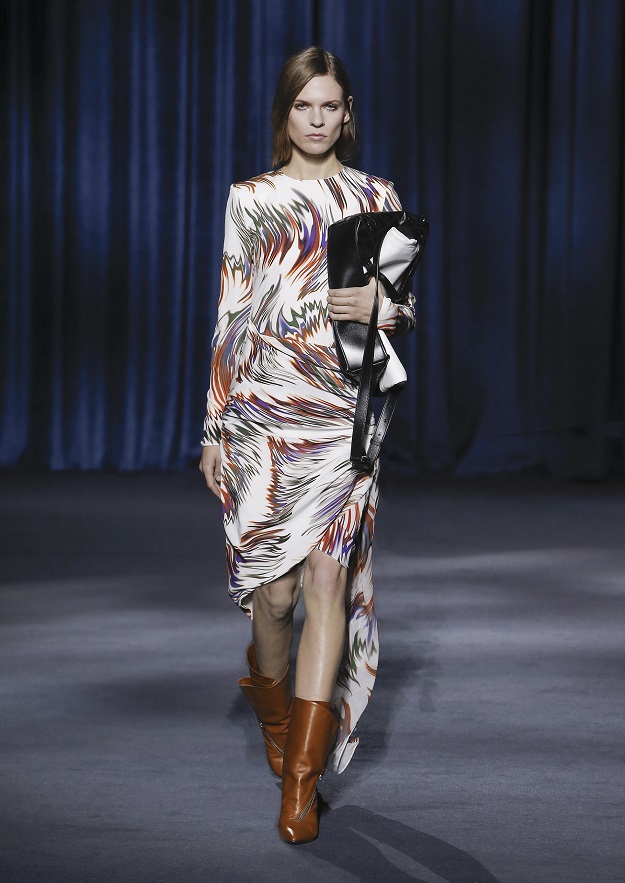 A social scene not dissimilar unfolds in the early 1990s where a new charismatic generation finds its sass on the lurid club circuit. 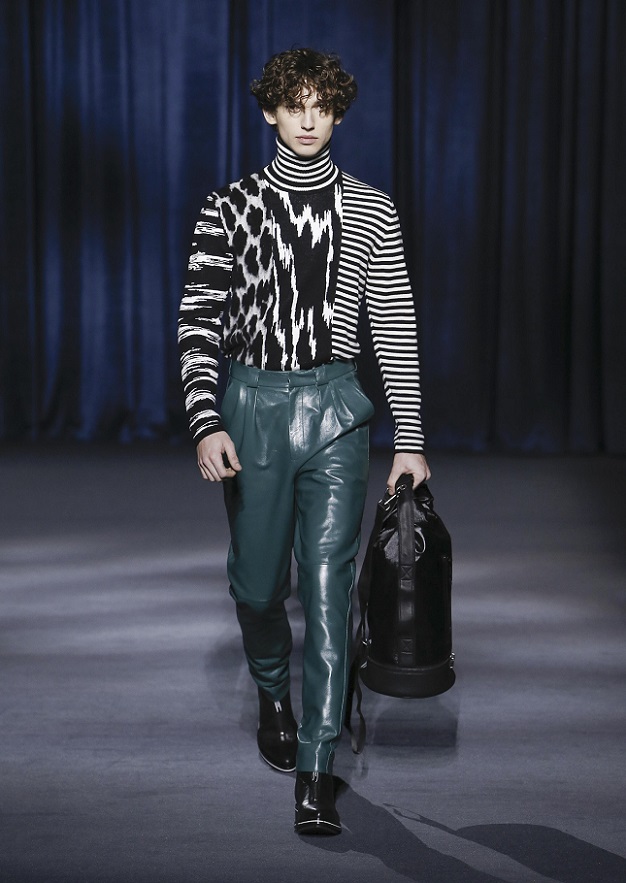 Dark and enigmatic, an intensity forms between these moments in time. 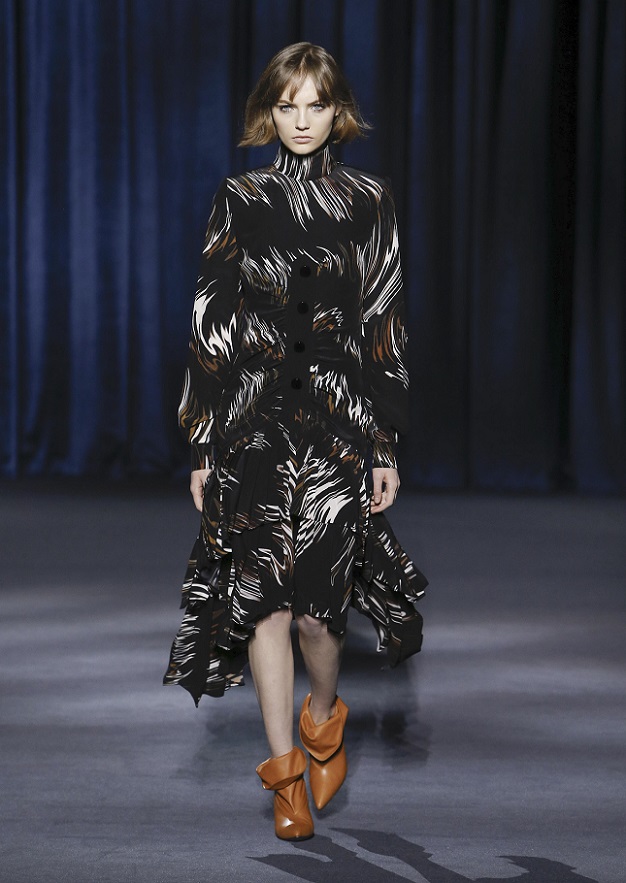 In an exchange with the historic language of Givenchy, it materialises in a razor-cut silhouette gradually expanding into spirited volumes. 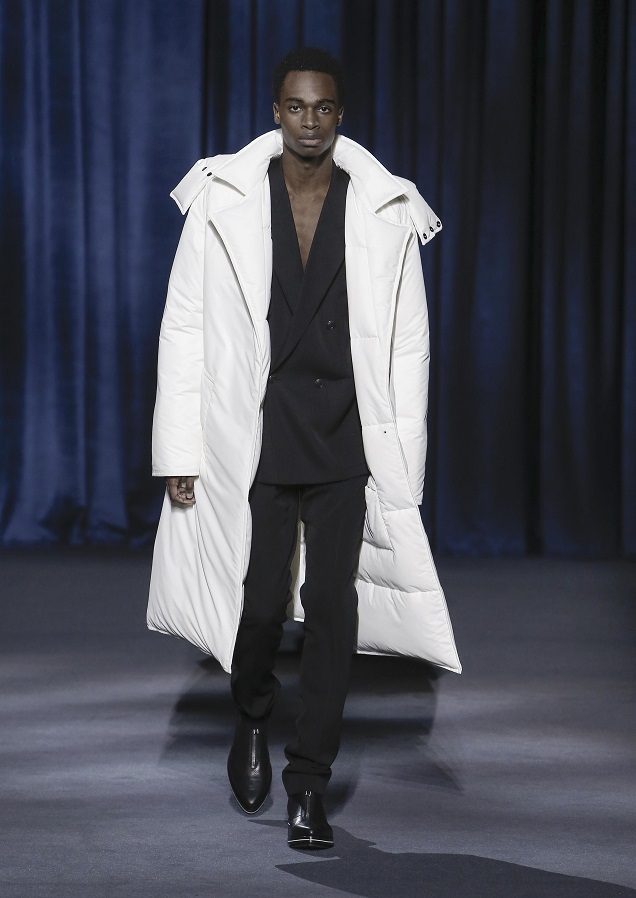 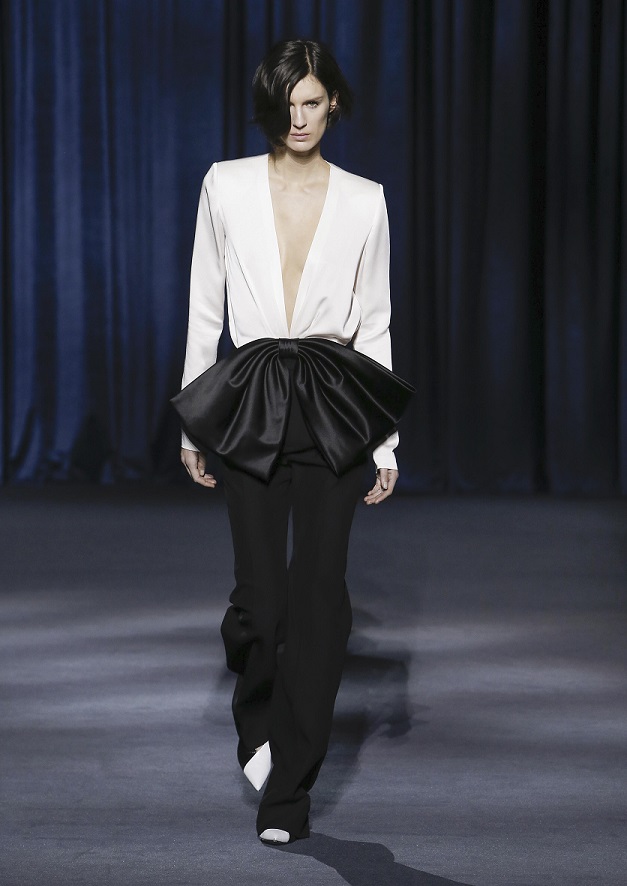 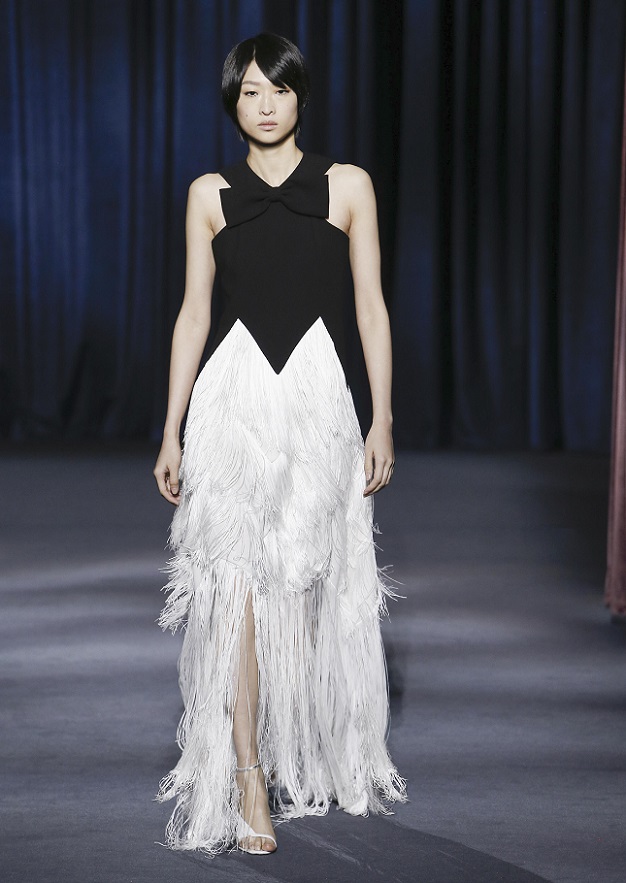 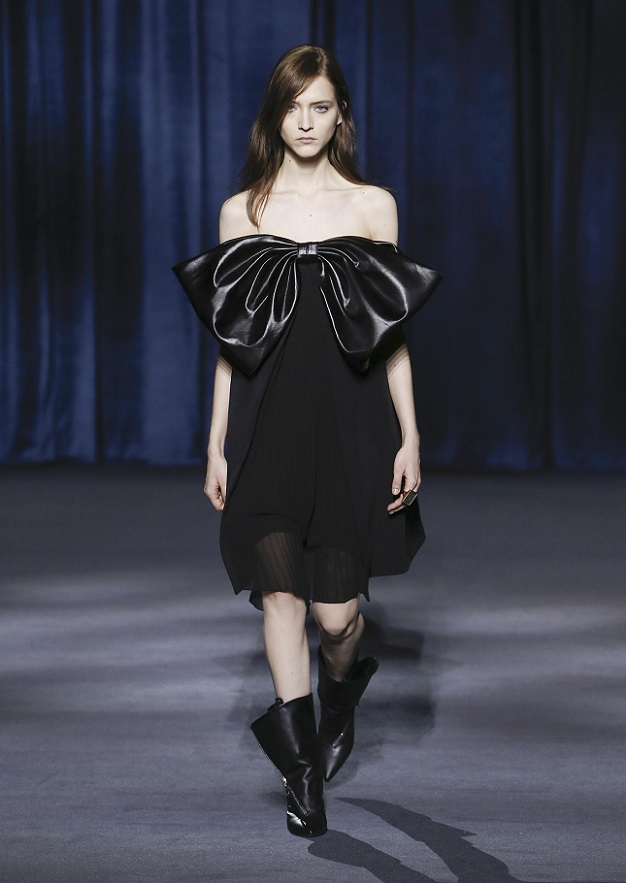 Glossy yet austere, the mood is expressed in a sense of deshabillé dressing: taking its cue from lingerie, slip dresses in Chantilly lace epitomise the slithery lightness of fabrics and cuts. 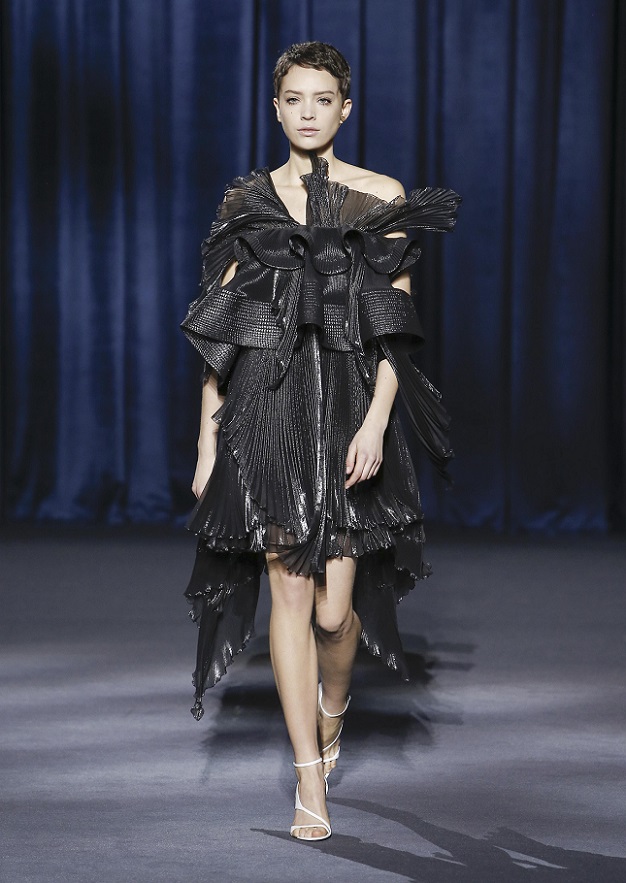 Informed by the haute couture collection – a recurring idea in silhouette and decoration – crisp dry-wool and leather tailoring is sharp and narrow in column coats and long lengths. 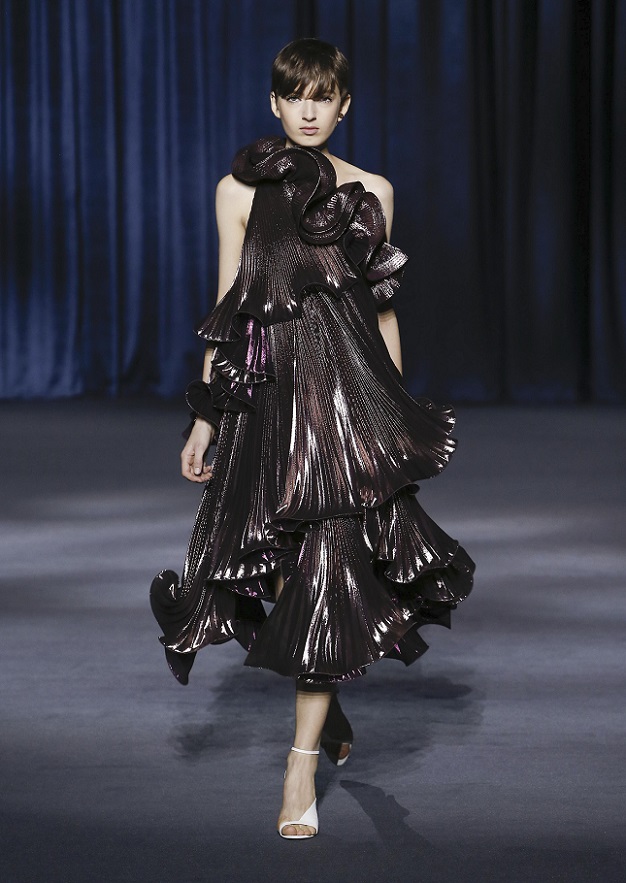