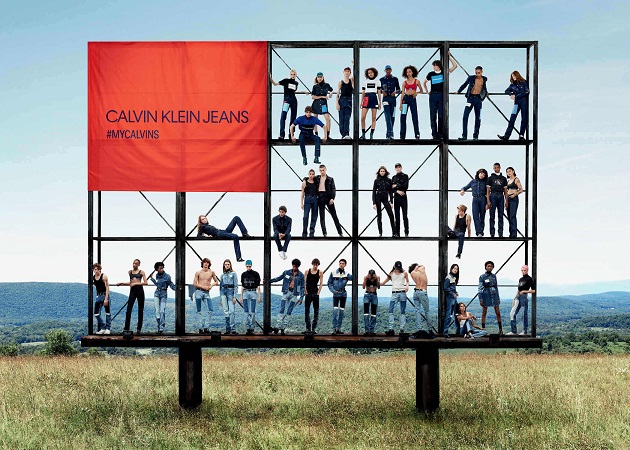 CALVIN KLEIN, INC. Fall 2018 Global Advertising Campaign : Together In Denim is a celebration of youth culture and an exploration of the notion of power in numbers, the extensive cast sets the campaign’s tone in a series of images that unite 36 individuals from across the globe together in denim. Captured by photographer Willy Vanderperre, the group interacts on a large open-framed billboard inspired by the American flag - a visual representation that speaks to being a part of something bigger than oneself. The campaign unveils Simons’s democratic approach to jeans, while honoring CALVIN KLEIN JEANS’ tradition of championing the collective spirit of youth.

Featuring a uniquely American point of view, classic denim archetypes, such as the trucker jacket and the Western shirt, are updated through a youthful lens. A new visual vocabulary is established through patchwork pieces with graphic detailing, modern-art inspired colorblocking, and the reimagined CALVIN KLEIN JEANS logo.

“With this campaign, we wanted to represent today’s America and bring to life a strong visual narrative that echoes the new direction of CALVIN KLEIN JEANS - one with authenticity and youth at its core,” commented Chief Creative Officer, Raf Simons. “The result is a display of individualism that simultaneously explores the idea of collective purpose, which is very much a reflection of the new collection - essential pieces that stand alone but together define a new denim uniform and a new way of dressing.”

The multi-media campaign, conceived in partnership with Lloyd & Co., is the next chapter of the #MYCALVINS movement and embraces a digital first, socially powered mindset. The campaign will be featured globally and supported by digital, social, high impact outdoor locations and print with extended digital content featured across social platforms throughout the season. 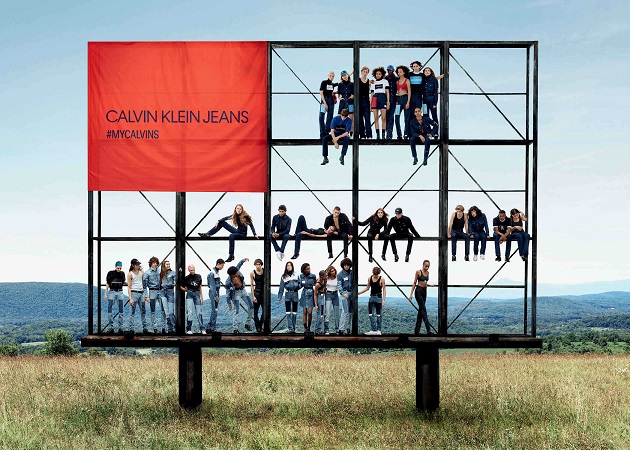