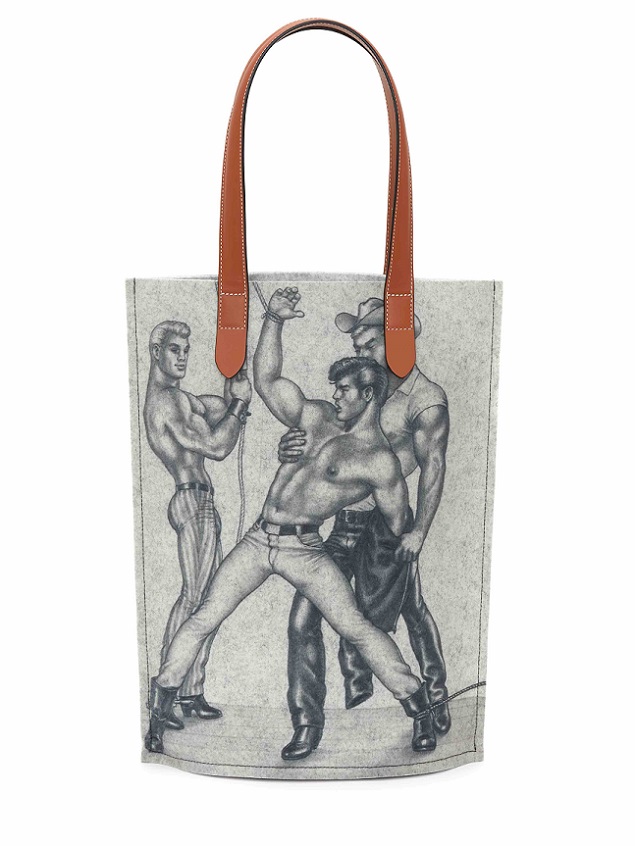 JW Anderson introduces a limited-edition capsule of Tom of Finland inspired products exclusively at JWAnderson.com and the brand’s recently opened Soho London flagship location. The accessory capsule includes a tote bag in felt with leather handles and a printed neoprene visor, both featuring a 1958 drawing from the series <The Saddle Thief> by Tom of Finland. Tom of Finland (born Touko Laaksonen in Finland in 1920) began producing thousands of images in the 1940s. His work challenged homophobic stereotypes by portraying hyper-masculine archetypes (bikers, cops, cowboys, lumberjacks, etc) as proud enthusiasts of gay sex. Tom of Finland is the creator of some of the most iconic and readily recognizable imagery of post-war gay culture and is regarded as one of the 20th century’s most influential artists. <The Saddle Thief> series is one of the perhaps lesser known works by the artist and consists of 26 drawings. Jonathan Anderson, Founder and Creative Director of JW Anderson, personally chose the drawing to feature in the capsule. “I collect many types of art, but drawings have always been a passion,” said Anderson about his inspiration for the capsule. “And as a gay man and a designer, Tom of Finland has always fascinated me. To take his drawings and use them in my designs is a bit of a dream come true.” 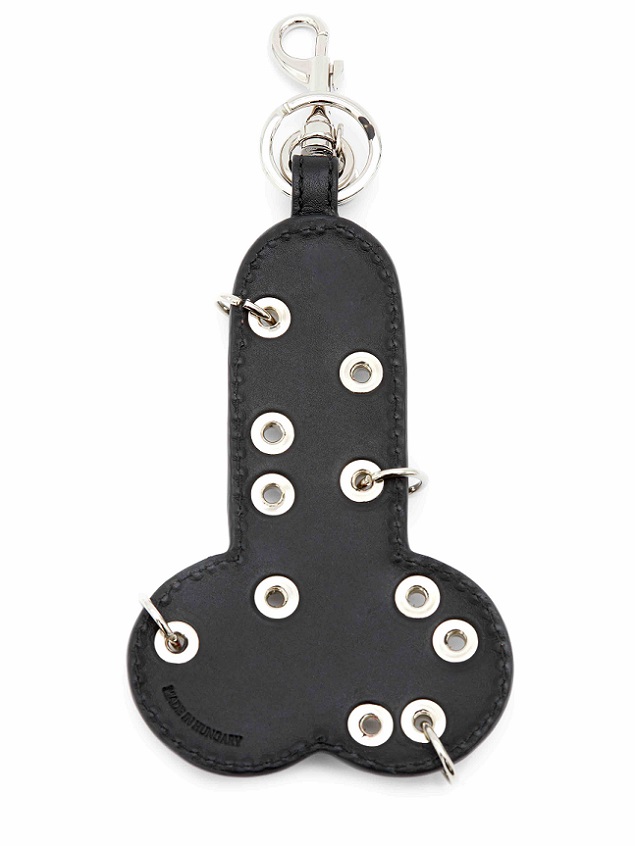 In 1984, Tom of Finland and his friend Durk Dehner established Tom of Finland Foundation with the purpose to preserve Tom’s vast catalogue of work and offer a safe haven for all erotic art. The Foundation works actively in educating the public in promoting healthier, more tolerant attitudes about sexuality. JW Anderson is proud to support the Foundation via the capsule. Durk Dehner, President of Tom of Finland Foundation, says that, "It pleases me greatly seeing gifted creators utilizing Tom's work, especially in such loving and lively expression. Tom always wanted what he did to be uplifting, and in working with ground-breaking Jonathan Anderson, the artist's spirit is joyfully carried on." In addition, to the Tom of Finland tote and visor, the capsule includes a special limited-edition JW Anderson signature Penis Keyring. The Tom of Finland version of the keyring is available in studded black calfskin leather: a keyring worthy of a trip to Folsom.
Posted by mylifestylenews at 12:00 AM