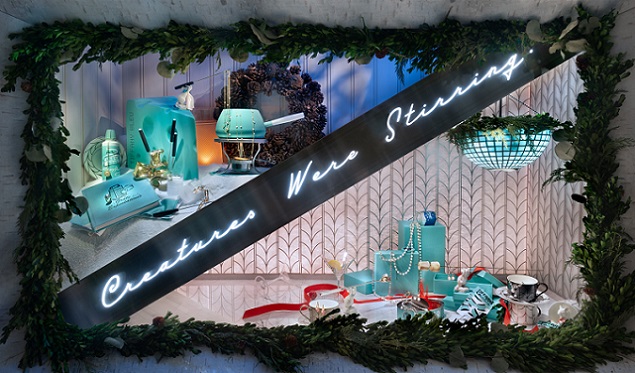 The holiday season generates boundless joy, mixed with memories and highlighted by the cherished traditions that have evolved over the 178-year history of Tiffany & Co. In New York City, at Fifth Avenue and Fifty-seventh Street, the corner made famous by Tiffany’s flagship store, designers prepare for the annual unveiling of windows that marks the start of the gift-giving season. As the ultimate showcase for Tiffany’s brilliant creations, these storied windows are an open invitation to enter a magical world that may depict fables, fantasies, a holiday in New York or families gathered around the tree. 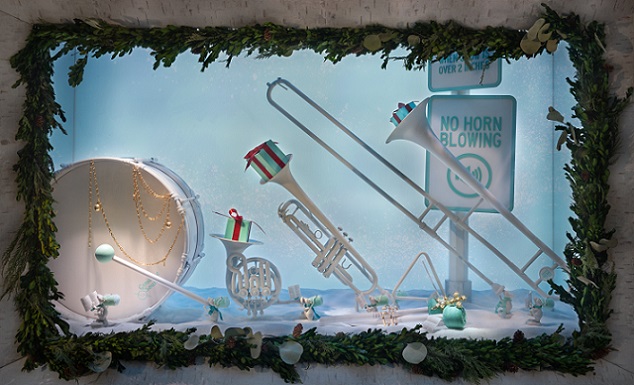 Charles Tiffany, who founded the company in 1837, set this legacy of wonder in motion. As New York’s first jeweler, he is forever linked to the city’s rise as an international capital of glamour and sophistication and to America’s first wealthy class. The founding families of American industry, including Astor, Morgan and Vanderbilt, purchased not only Mr. Tiffany’s exquisite diamonds, but also the solid gold and silver flatware, elaborate tea and coffee services, candelabra, crystal and china for their holiday dinners and balls. Tiffany has captured this period known as the Gilded Age in holiday windows that recreated a streetscape of 19th-century New York City town houses beneath a star-filled sky. Silhouettes in the houses’ windows depicted an elegant dinner, couples dancing and exchanging gifts wrapped in Tiffany Blue, and children playing with their new toys. These enchanting scenarios met the standard of creativity that was set by Gene Moore (1910–1998), Tiffany’s legendary window designer. Tiffany’s windows were tailor-made for his artistry, as the world saw when the curtain went up on his brilliant 40-year run, beginning in 1955. Moore’s experience designing sets and costumes for ballets and the theatre, along with a talent to amuse and wryly comment on art and culture, culminated in a visual feast of wit and fascination. He partnered with the finest craftsmen and renowned artists of the 1950s. 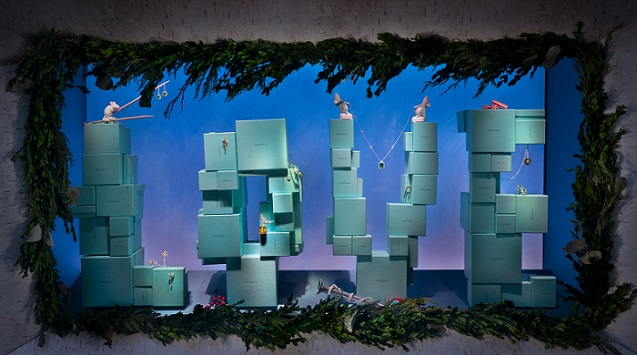 This Christmas season in Tiffany & Co.'s holiday windows, porcelain mice package blue boxes with all sorts of luxury objects including crystal glassware and pearl necklaces. The jewelry retailer is also ringing in the holidays with a men's pop-up shop, which will be open from Dec. 5 through Jan. 6. The dedicated men's shop features six of the world's most recognized sports trophies, as well as barware, home objects and games. Custom Tiffany® x Spalding® basketballs will be available in limited quantities. 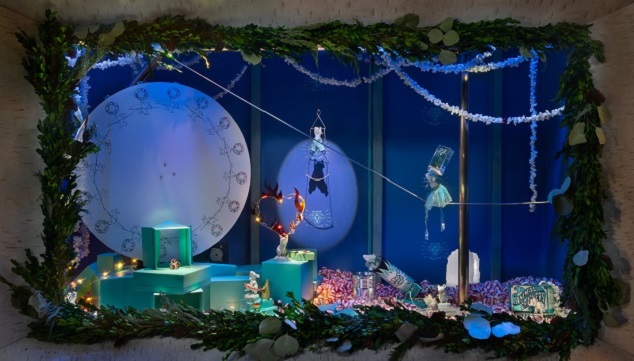