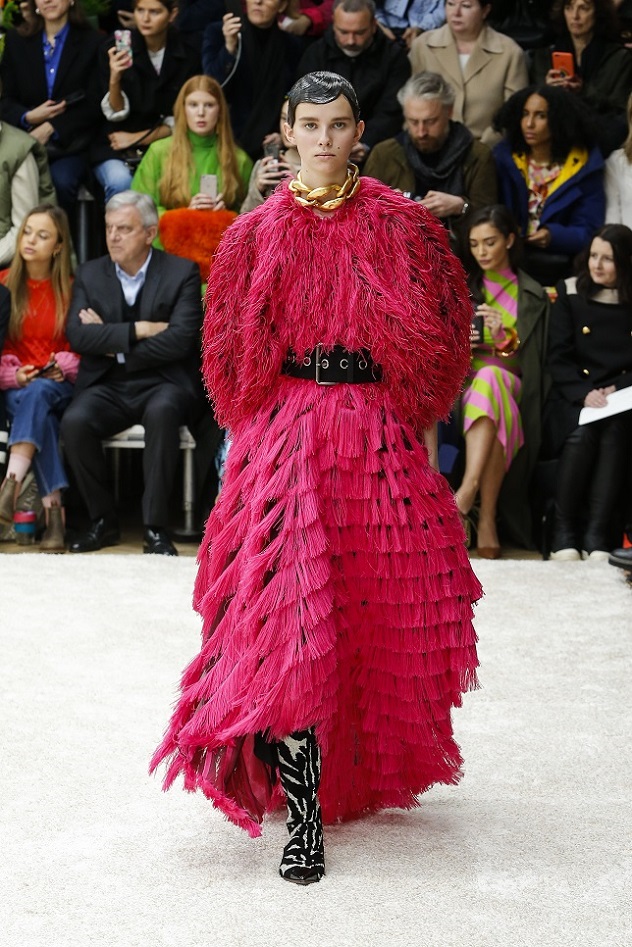 JW Anderson AW2019 Women’s Collection  was an exploration of volume and proportions. 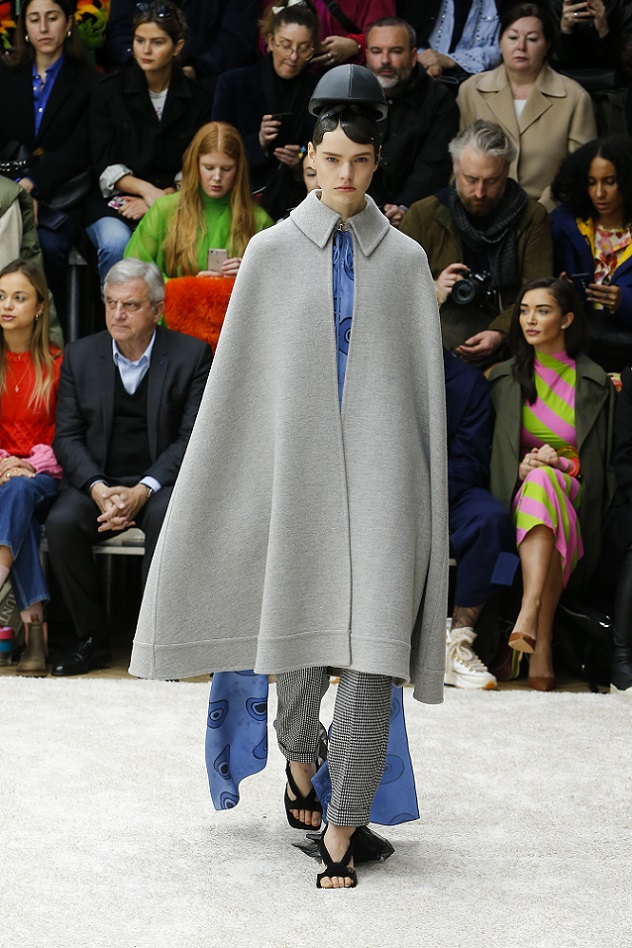 Designed by Jonathan Anderson and styled by Benjamin Bruno with sensual draped jersey, embroidery and a matching of contradictory fabrics, the collection was an aristocratic continuation of the juxtapositions that imbue the JW Anderson collections for both women and men. 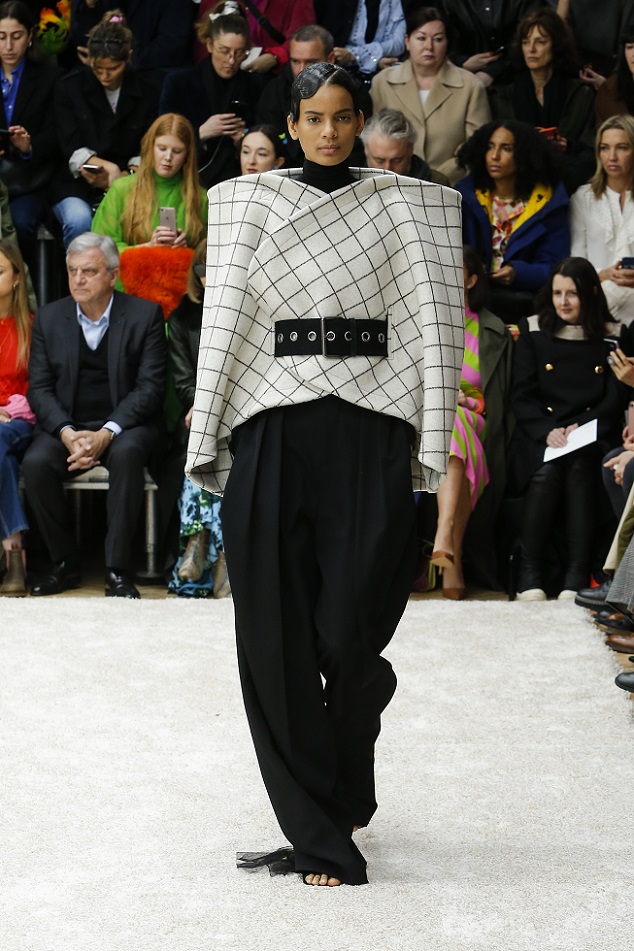 “JW Anderson is about going from one thing to the next, about polar opposites,” Jonathan said backstage after the show. 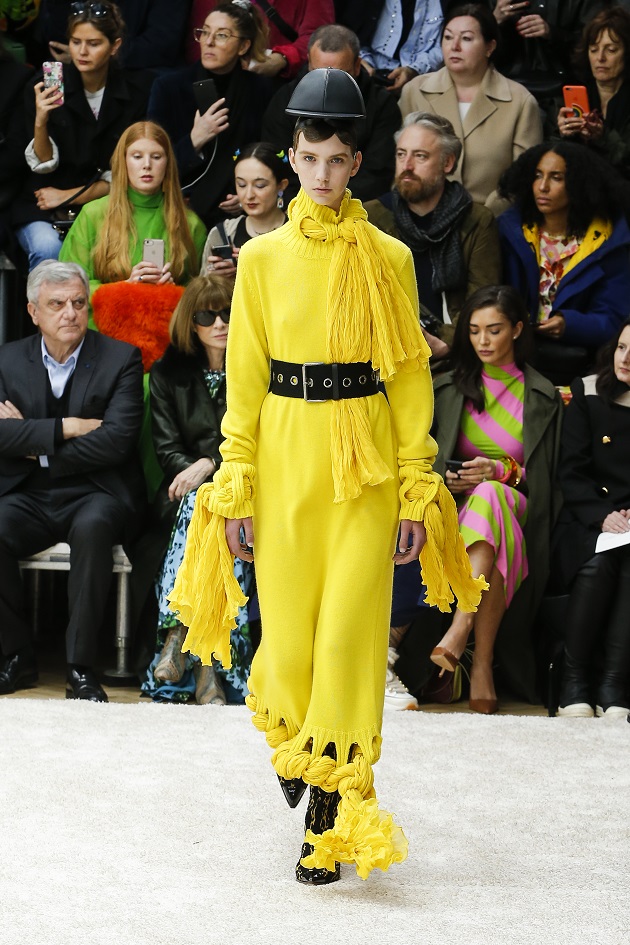 “No matter what I seem to do, I love things that are just ‘made’. The dresses with the thread going through, they just happened. 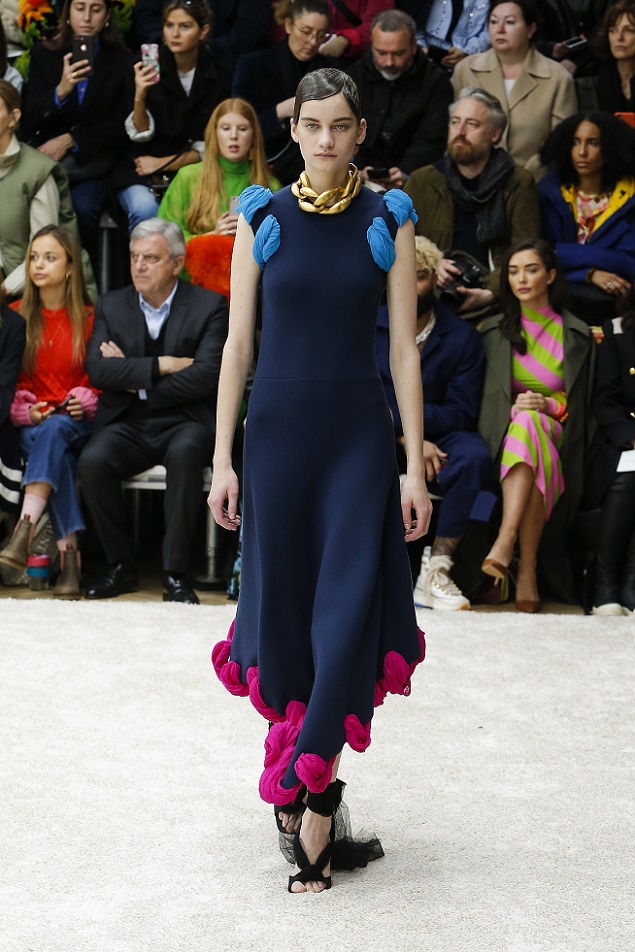 We were improvising colours, it’s kind of like we were taking a huge needle through the fabric. And it just stuck.” 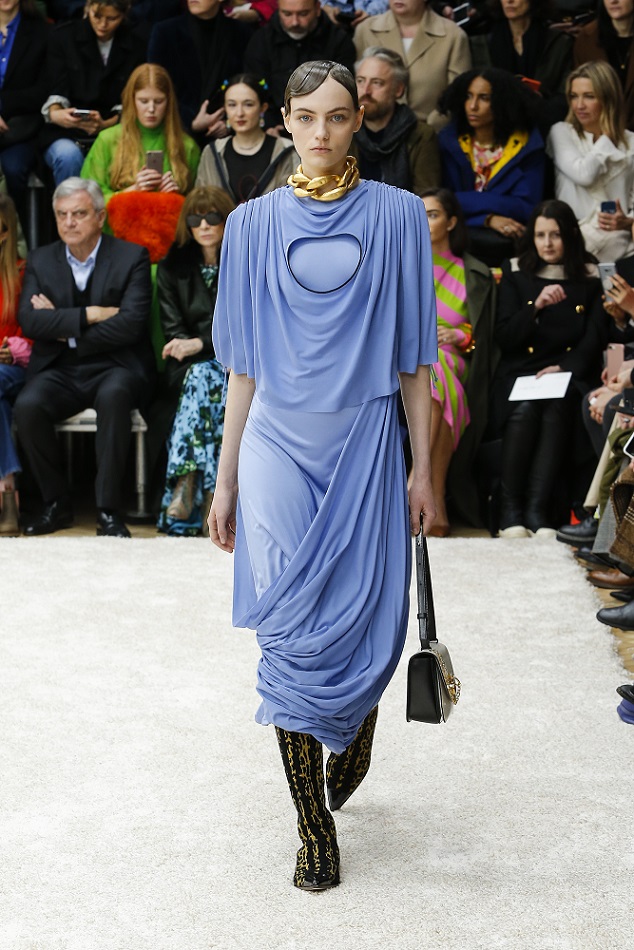 Leather baseball caps sat high on the models’ heads and were also transposed into fun and quirky hand bags. 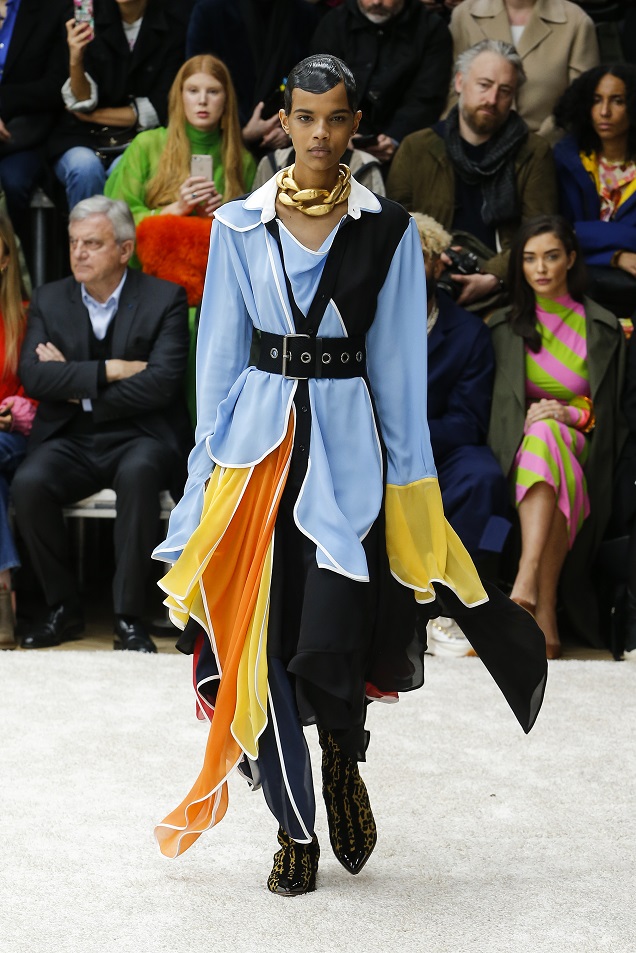 New shapes and colours of the brand’s signature Keyts bag also appeared on the runway with a mixture of leathers and studding on certain pieces. 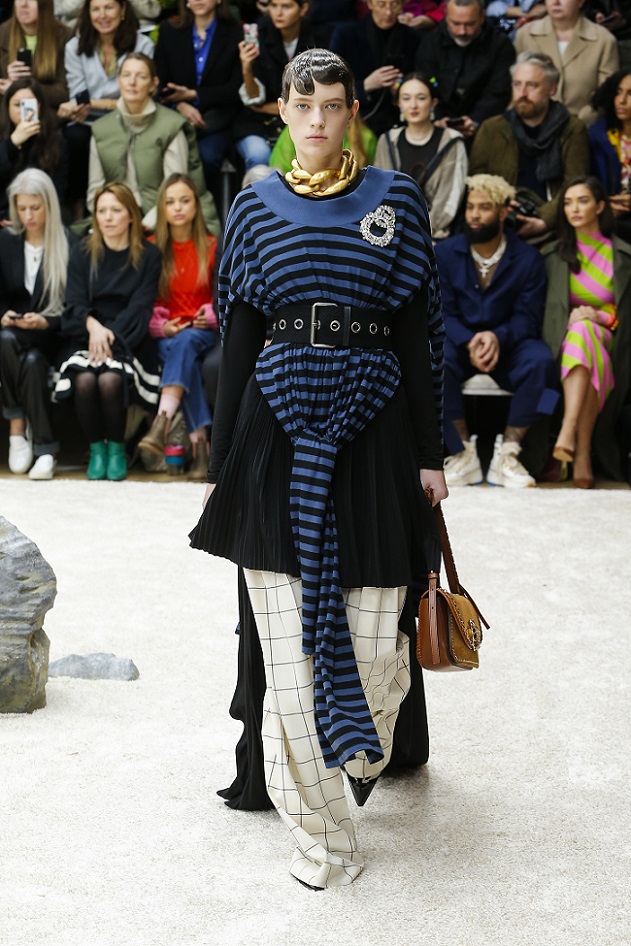 The minimal set was inspired by a documentary on Japan that Jonathan had seen on the BBC and Samuel Beckett’s play Quad. 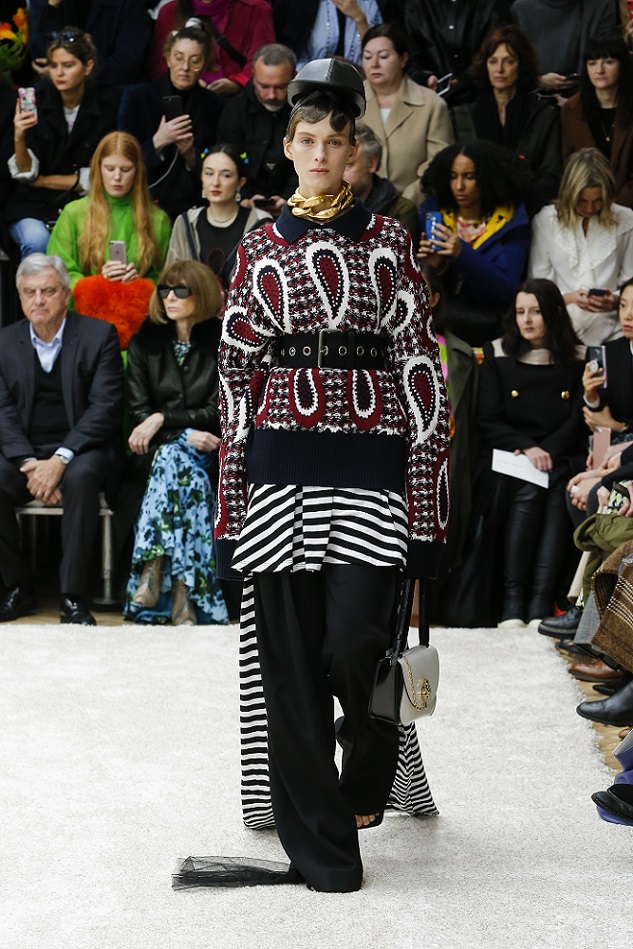 The square orientation allowed for guests to see the garments from every angle as the models criss-crossed among delicately placed rocks that invoked a Japanese Zen garden. 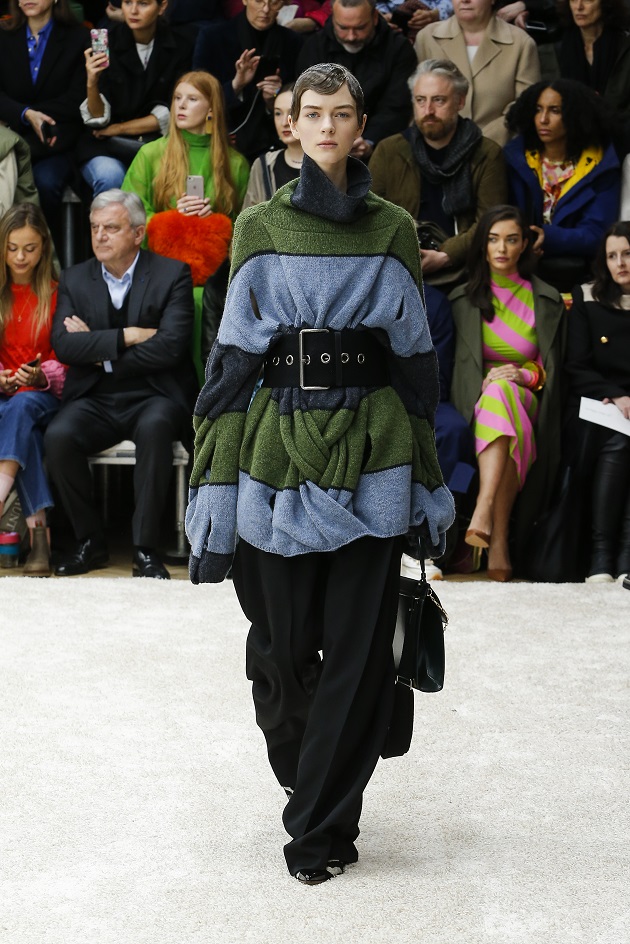