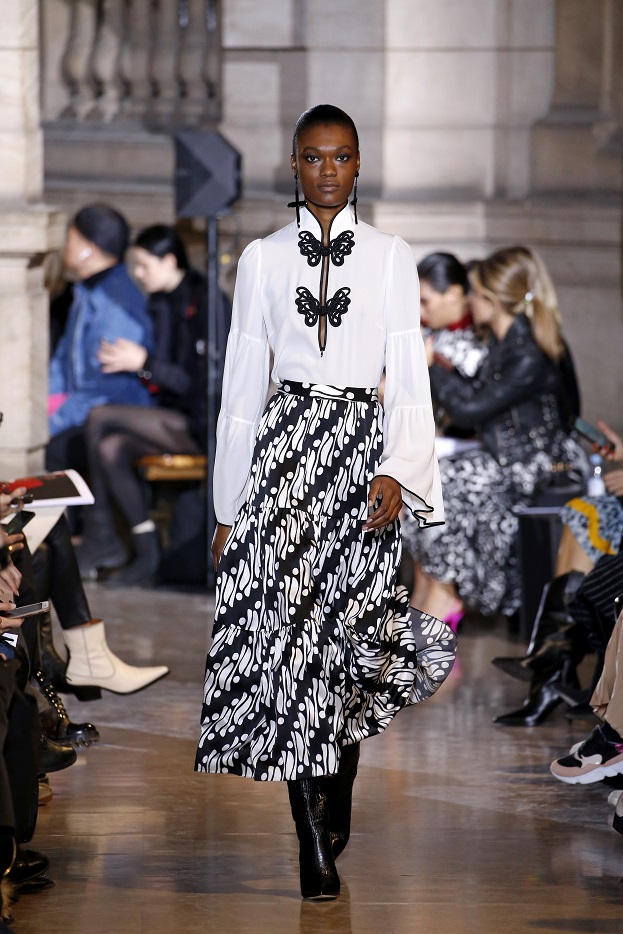 ANDREW GN 2019/20 collection's inspiration are drawn from the 1960s' film <The World of Suzy Wong>, which he watched that again recently after first watching it as a kid (film by Richard Quine, starring William Holden & Nancy Kwan, 1960). 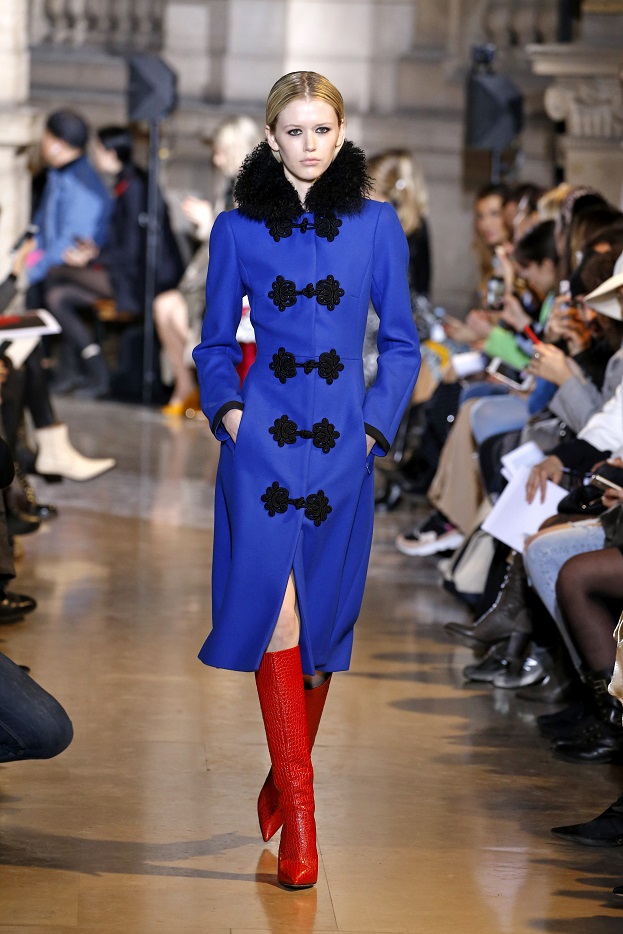 Soon after, he came across a still of Grace Kelly wearing a traditional cheongsam. 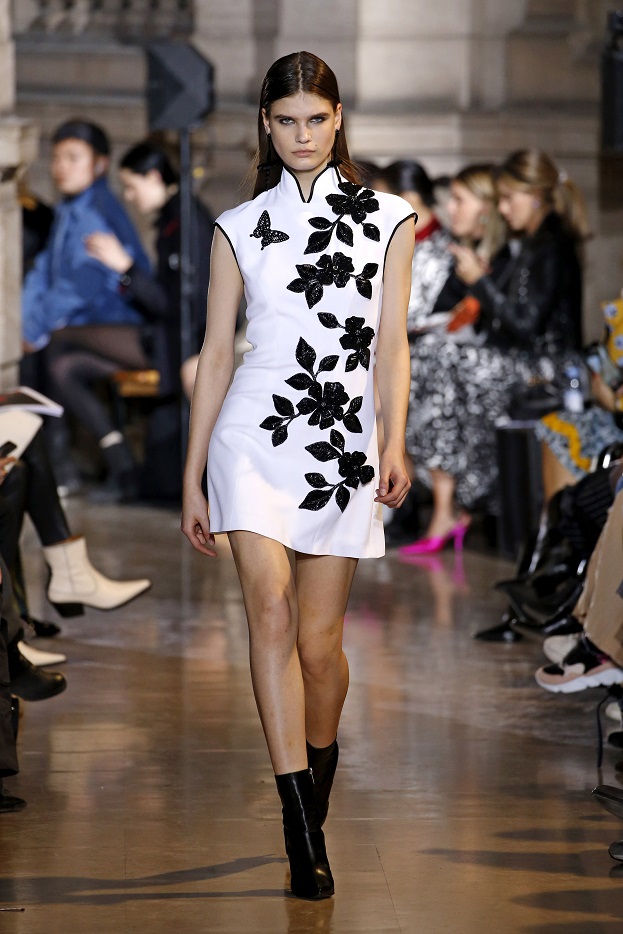 "It’s very covered up, but for me the cheongsam is the sexiest dress the Chinese ever created" GN says. 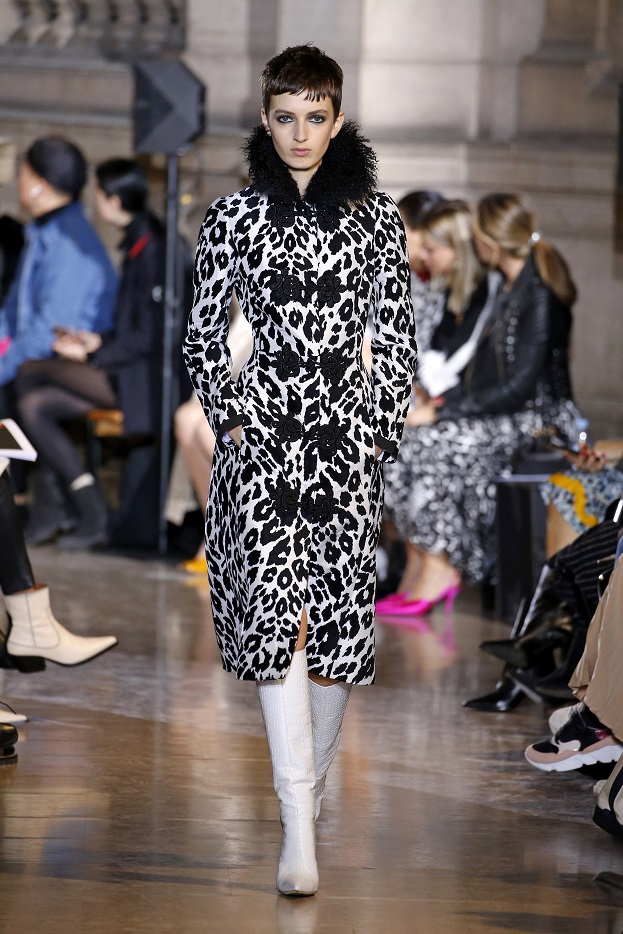 Several groups of designs are dedicated to his familiar signatures, such as butterfly frogging on a flounce-sleeved top with a mandarin collar, a royal blue coat or a white crepe dress, guipure dresses with 3D appliqués. 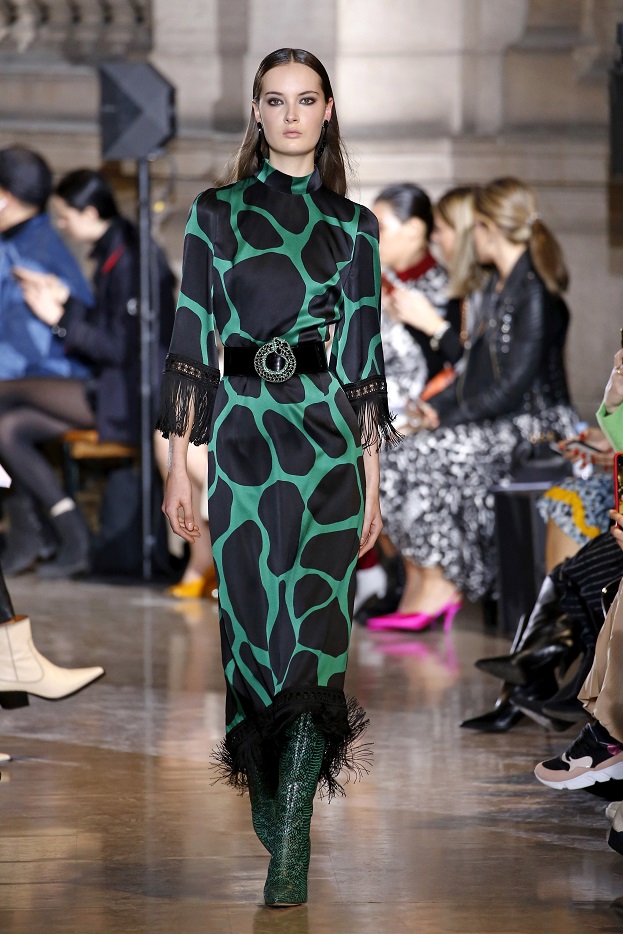 GN transposed a chrysanthemum motif from a Japanese Meiji period vase onto a series of dresses, most strikingly on a chartreuse pencil dress including silky macramé-style fringes. 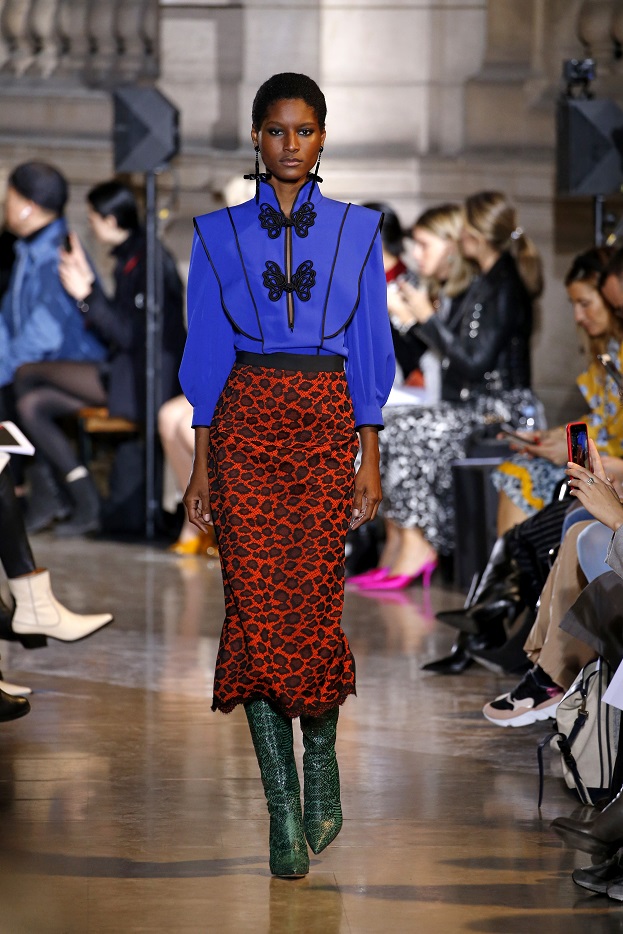 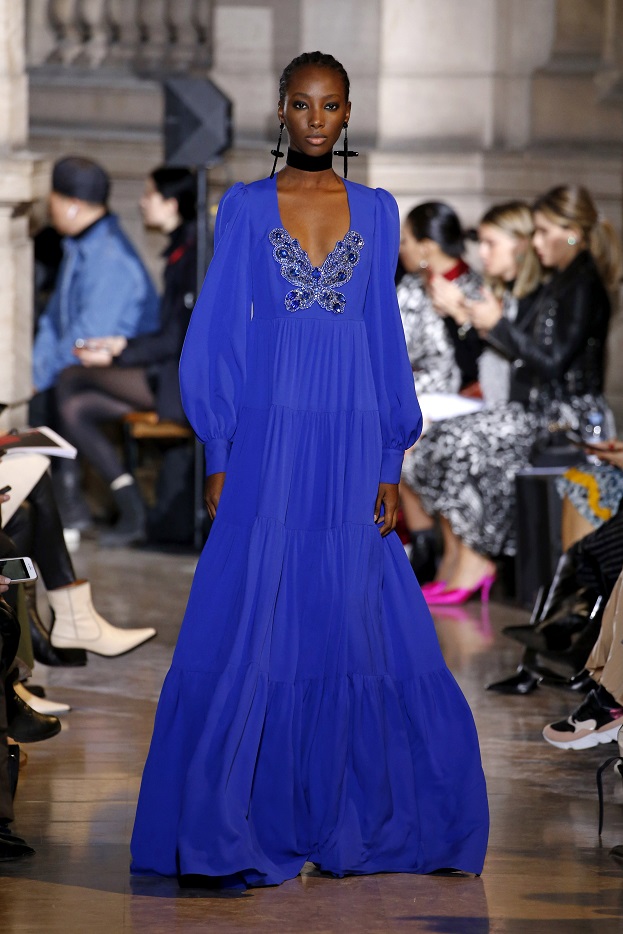 Midi dresses edged with swinging hand-made fringing at the cuffs and hem, cinched with a bejeweled belt with a curled-up snake in its midst. 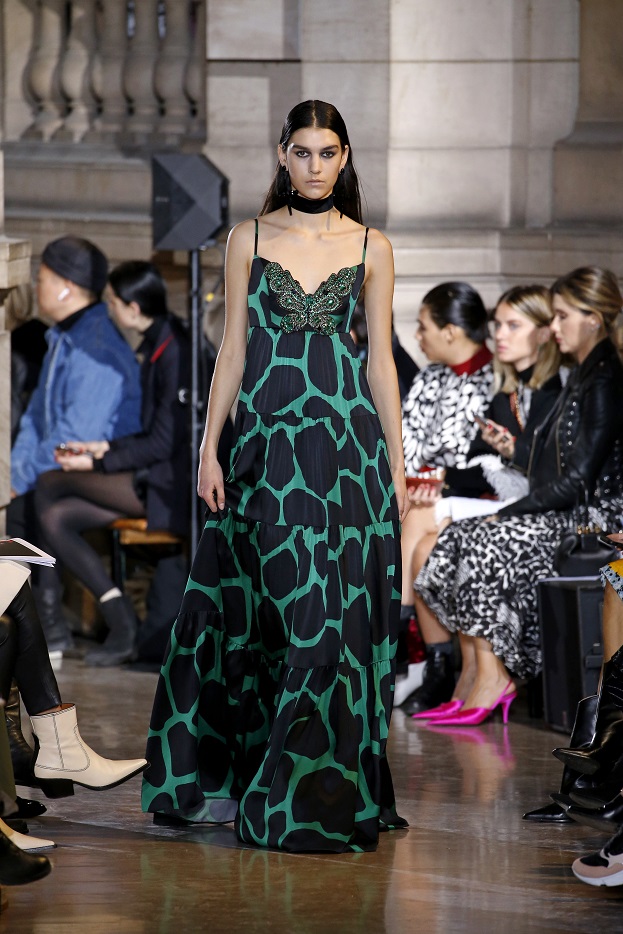 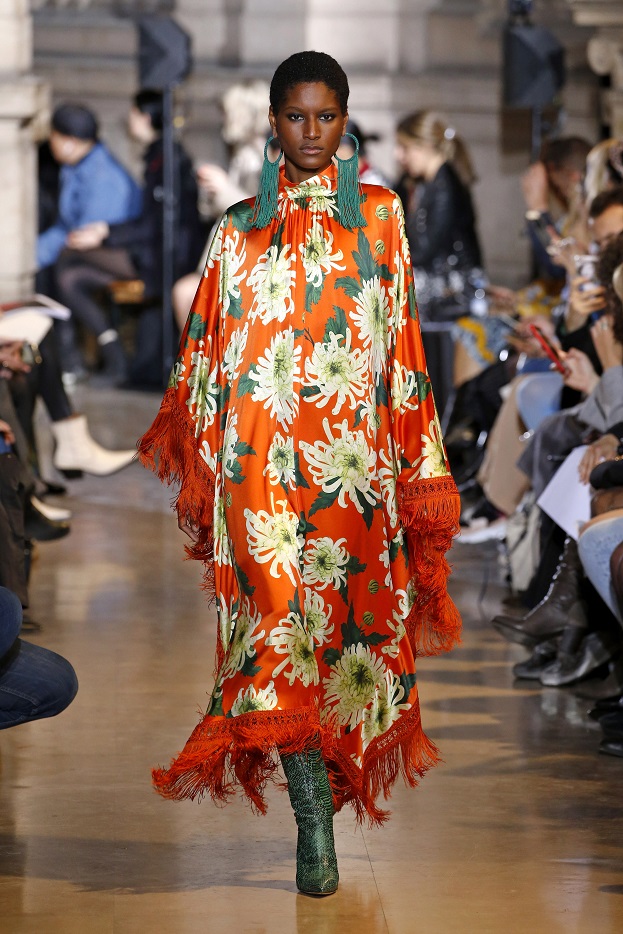