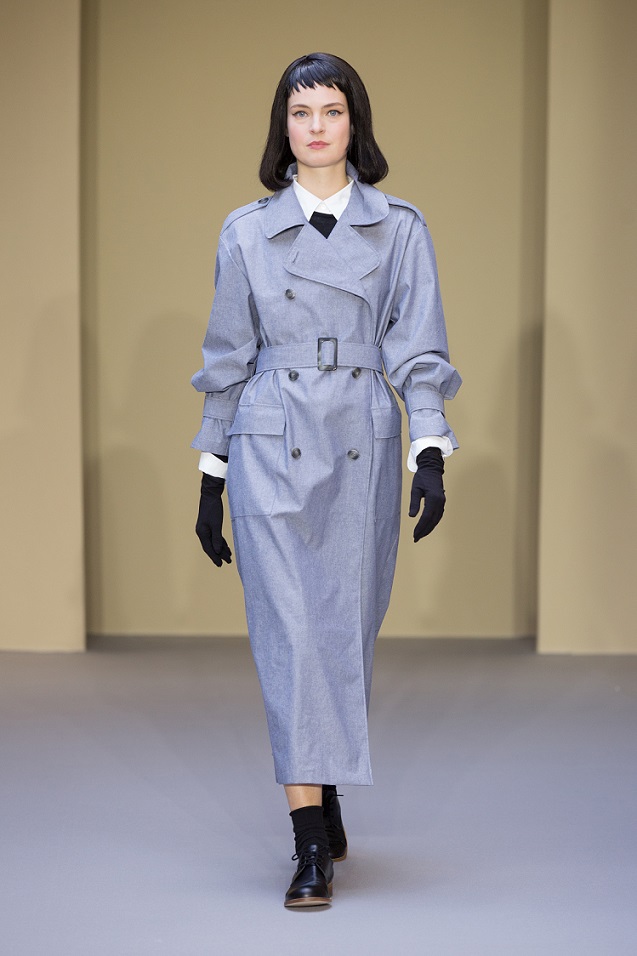 agnès b. has been filled with a distinctive French style which at the same time modern and pure. This season, agnès presented a genuine “agnès b. Style” collection which unique and elegant clothing allows the freedom to express one’s personality. Five styles of clothing which can play with easily and wear day and night, dress up and down, are introduced. The “LE STYLE” collection is meant for the everlasting and easy matching fashion that let every lady to make up their own composition and express their very own “agnès b. style”. 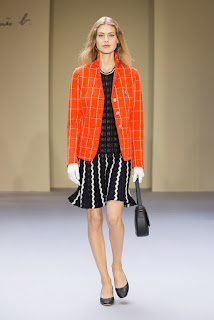 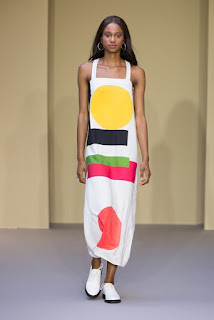 Renewed Women Looks - The Ville Chic Series
Designed for stylish women who used to travel around the city in a fast pace, this series is filled with the classic pure palette of black, navy and white color and punctuated with a taste of vivid red and orange. Cutting plays quite a role to emphasize the attractive body shape of fellow ladies: the front and back square or V-neck cutting to allow showing both the appealing curves of collarbones and nape; high and short waist to present structured silhouettes. The designer has also utilized the feature of light sweaters to play on transparency, letting parts of the body curves, such as shoulder and arms to be shown under enchanting shade. Following the traditions, agnès has invited guest artists from different fields to join hands in the design work, bringing fun and freshness to the collection. Bertrand Loubé, the artist from the fashion, luxury and advertising field, and Lek and Sowat, the French graffiti artist, have been invited this season and introduced two sets of colourful and energetic outfits to this series. 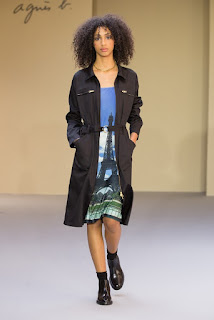 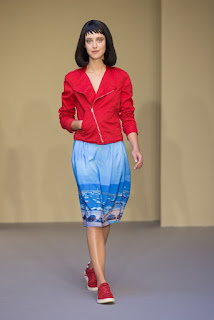 Tailored for the city dwellers - The Le Travail Series
Stylish and comfortable workwear can be called an enduring fashion. This series has featured various uniform elements and applied a colour palette of red, blue and green which is often used in uniform design to present a fashionable work style. Comfortable yet a little wild, the work pants and overalls are one of the classic looks for many celebrities when going on trips. agnès has been using a lot of her favourite photos into her clothing designs. In this series, two digital pictures featuring the Eiffel Tower and Port of Toulon can also be traced on a one-piece and skirt in the series. The short jacket and windbreaker with a sense of workwear have been mixed with a casual style, bringing the French fashion style alive with lively mood. 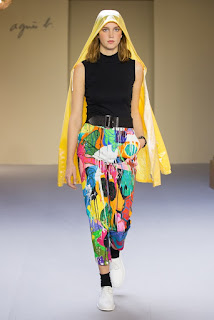 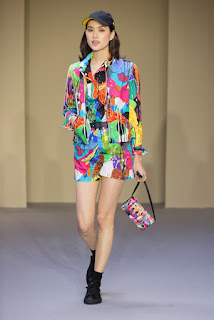 JonOne “Candy Crush” Series
agnès b. joins hands with JonOne, a renowned street artist from New York, to create a series of colorful garments inspired by his "Candy Crush" graffiti work.  It creates summer looks for a joyful holiday, presenting his vivid and punchy work to a set of outfits in a chic street style. 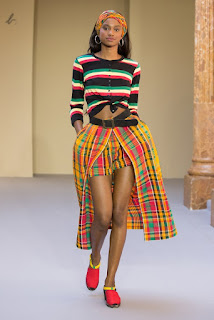 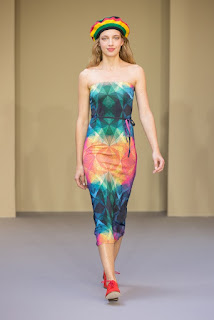 From Disaster Areas to Fashion Islands - The vive les iles Series
Supporting the islands after Hurricane Irma, agnès b. has taken the Guadeloupean craftsmanship with two madras and Rasta culture into the design of this series. To present the holiday mood in a tropical sense, the designer has picked the Guadeloupean traditional fabric, "madras", in the design of a short-sleeved shirt and an overlay short, the colourful checkered pattern creates summer looks well. The familiar striped pattern, ‘Rasta’, has also taken place in the series. All these robust tropical palettes remind of summertime, and at the same time symbolises the recovery of the affected areas of the Hurricane Irma. 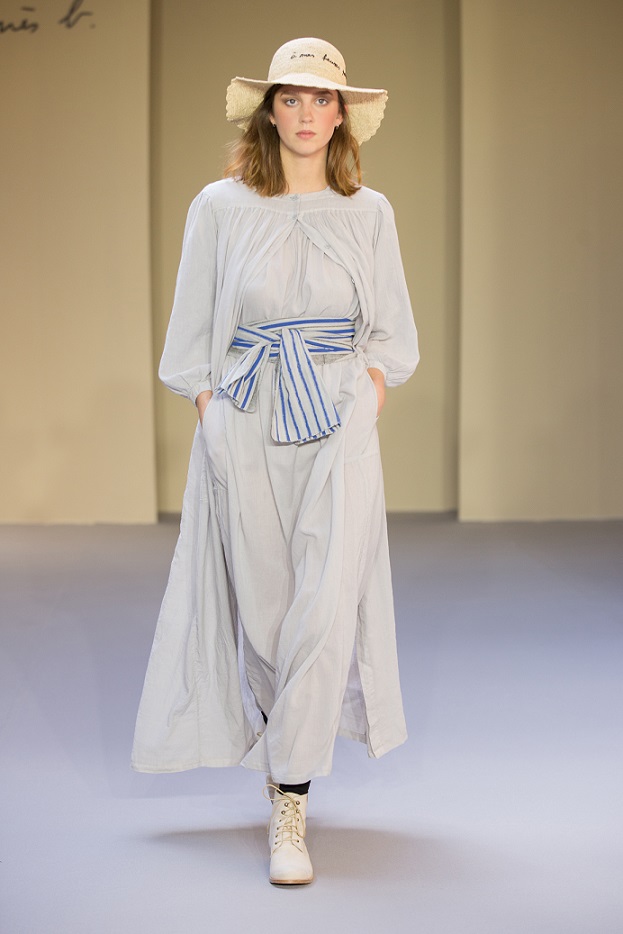 Stay Cool in a Burning Hot Summer - The Weekend Series
Looking for a way to stand the heat in the sweltering summer days other than staying with the air-con? Inspired by Sahara, the hottest desert in the world, agnès b. has introduced a series of summer casual wears in earth tone this summer. For those who enjoy outdoor activities in the summertime, outfits preventing sunburn is essential. The designer thus designed a set of outdoor costumes with light and breathable fabric in loose cut, including the long flowing dresses, jacket and dress in safari style and Bermuda shorts. These stylish yet functional outdoor wears are what the outdoor lovers should not miss this summer. 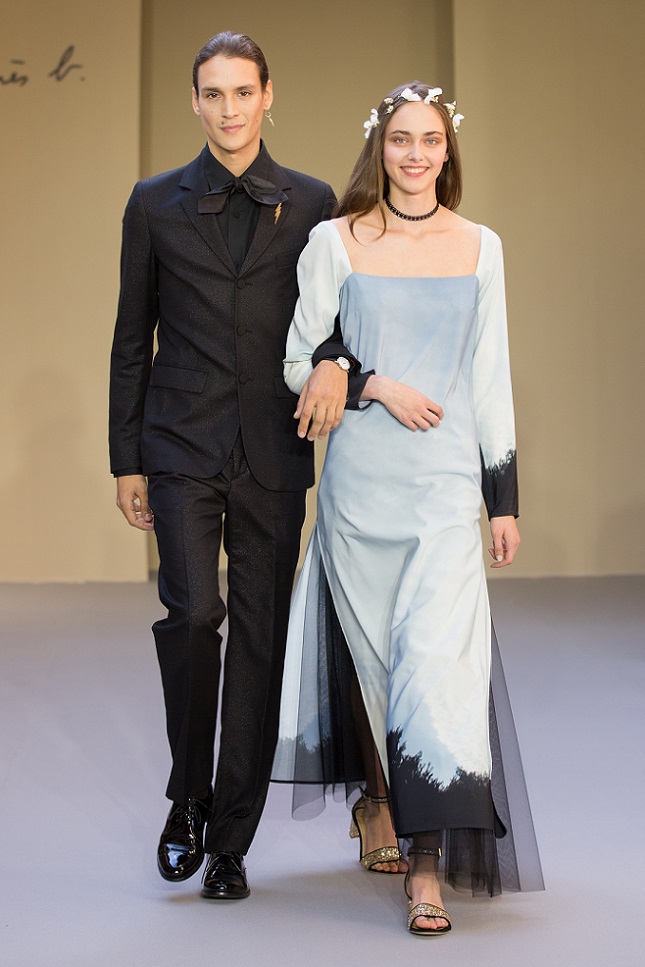