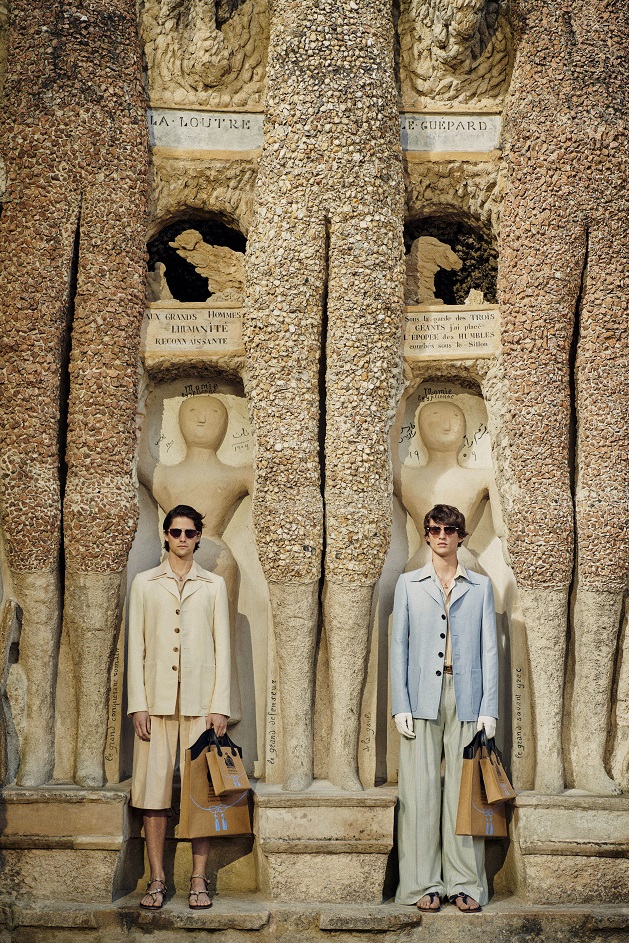 LANVIN Spring 2021 Men's & Women's Collection  is a dream as reality - a fantasy of fashion. Creative director Bruno Sialelli explores the notion of reverie, of memories real and make-believe, of fantastical characters and invented narratives. 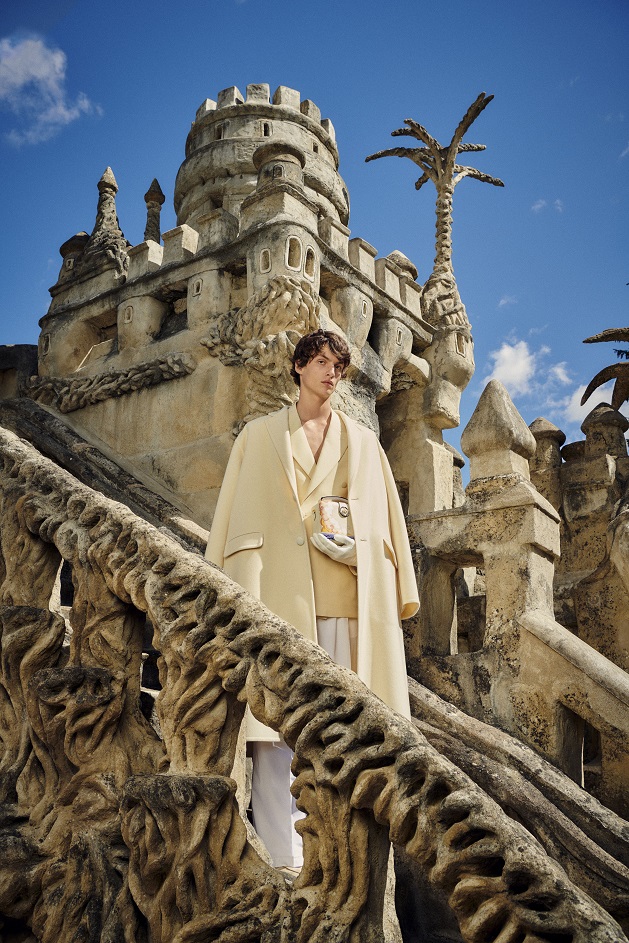 A dialogue between the real and the imaginary informs the collection, just as the clothes themselves are an interplay of masculine and feminine, for him and for her. Captured in stills and motion image, the models become an ensemble cast, heroes and heroines of an unfolding drama. 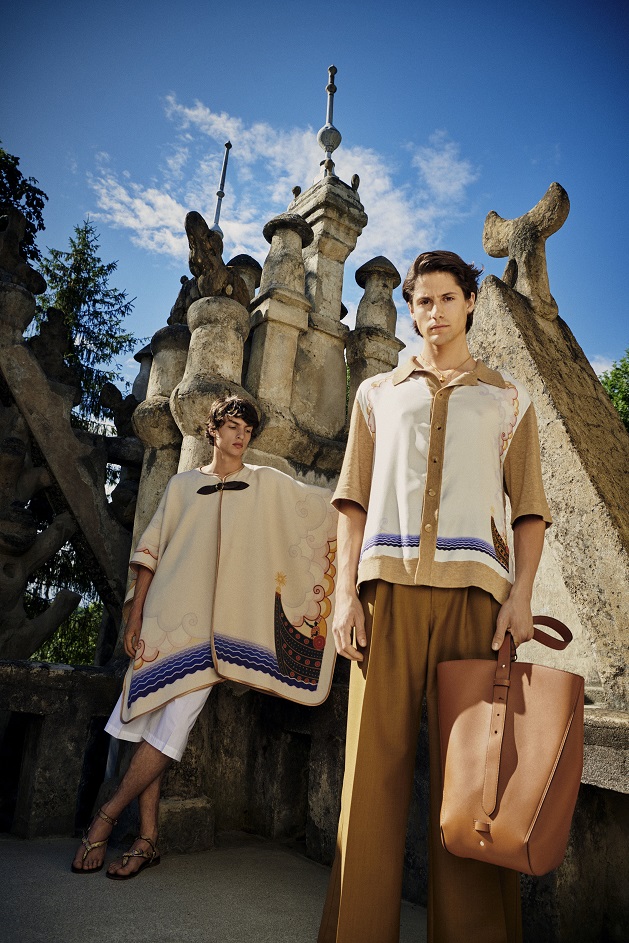 Looks are devised in total - ensembles for the ensemble. They have gestures of quintessential Frenchness - blouses, foulards, slender tailleurs, eased suiting, a soft, soothed palette of sunbleached neutrals and pastel. 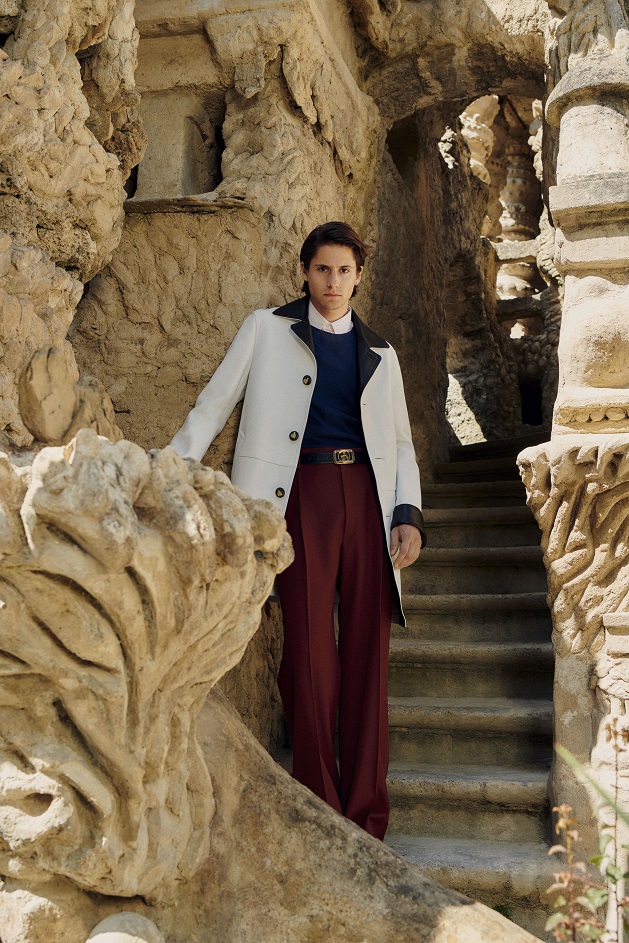 Outfits are carefully composed, with gloves, shoes, turban hats, sunglasses, referential to the glamour of interwar couture, and the fantasy of fashion proposed by cinema. Alongside the dream, reality. 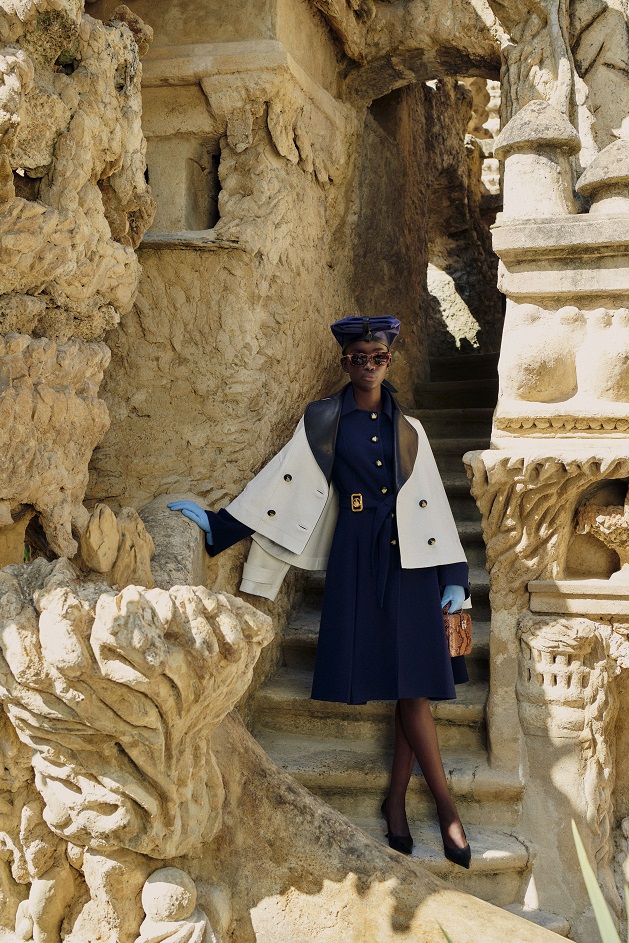 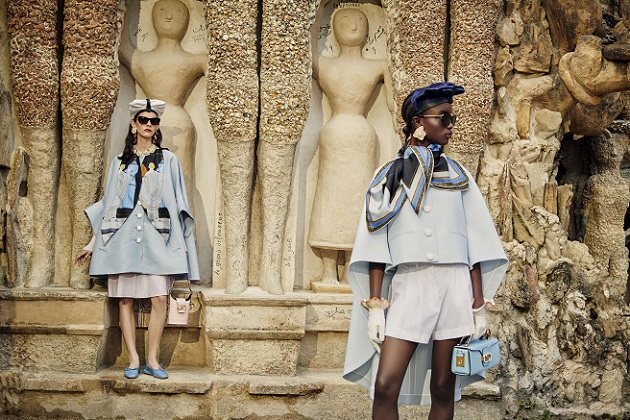 Devised during lockdown, inspired by fleeting images drawn from movies and glimpses of magazine editorials, these images are fantasies of fashion. They are simultaneously reflective of a subconscious desire for escape, adventure - joie de vivre, recaptured again. 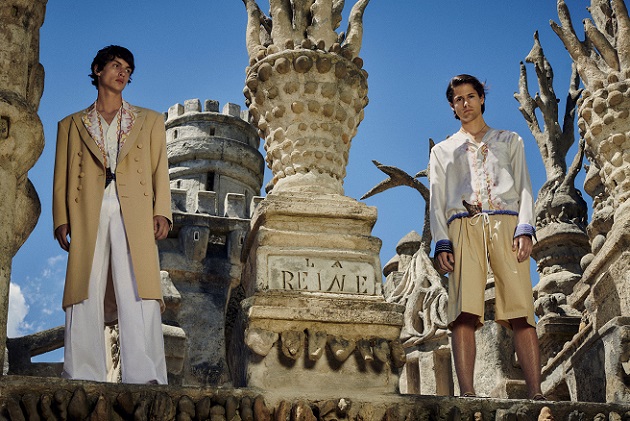 Subconscious versus conscious: there are echoes of key Lanvin styles, the ever-expanding vocabulary of the Maison, here refined and honed. Lanvin's emblem, designed in 1923 by Paul Iribe, inscribes buttons rounded like the bottle of the 1927 Lanvin parfum Arpège: Lanvin blue is a key shade. 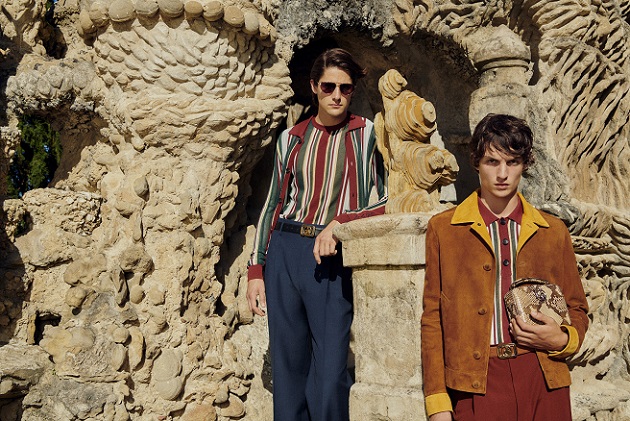 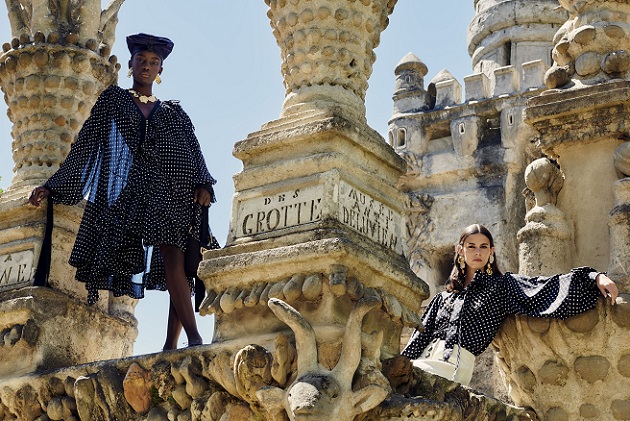 The ‘Arpege’ line, inspired by the fragrance’s flaçon and stopper, is joined by bijou based on petals of flowers, namely the rose and daisy - Marguerite was the name of Jeanne Lanvin’s daughter. Here, nature is sublimated into parures of cascading cast-metal petals. 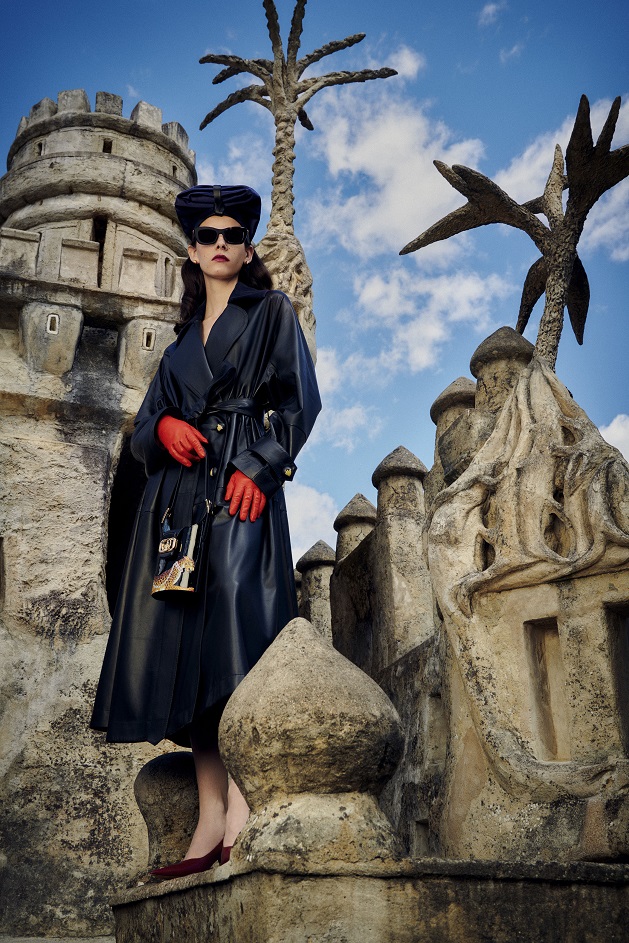 Lanvin has always been a house based on collaboration, on community - as important today as it was to Jeanne Lanvin. Evoking the 1920s, when the Maison reached global prominence, Lanvin collaborates with the estate of the artist Romain de Tirtoff, known by his nom de plume of Erté. 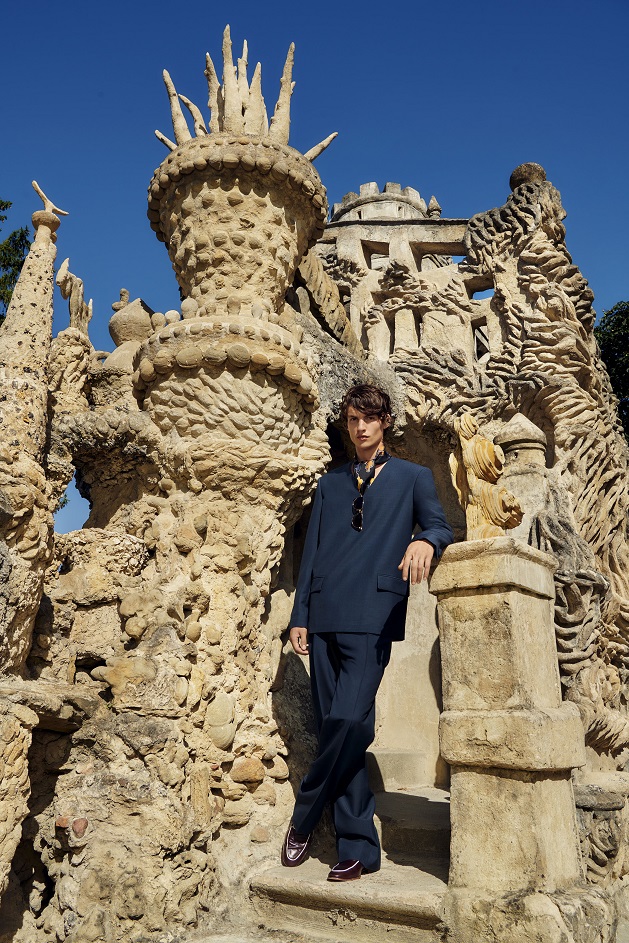 An aesthetic synonymous with that decade, a selection of different Erté artworks are used as prints. Their imagery - women selecting clothing, jaguars referent to the ‘Pencil’ bag’ - seem like illustrations fictionalizing real-life as it happens, as surreal automatic drawings reveal subconscious desires. 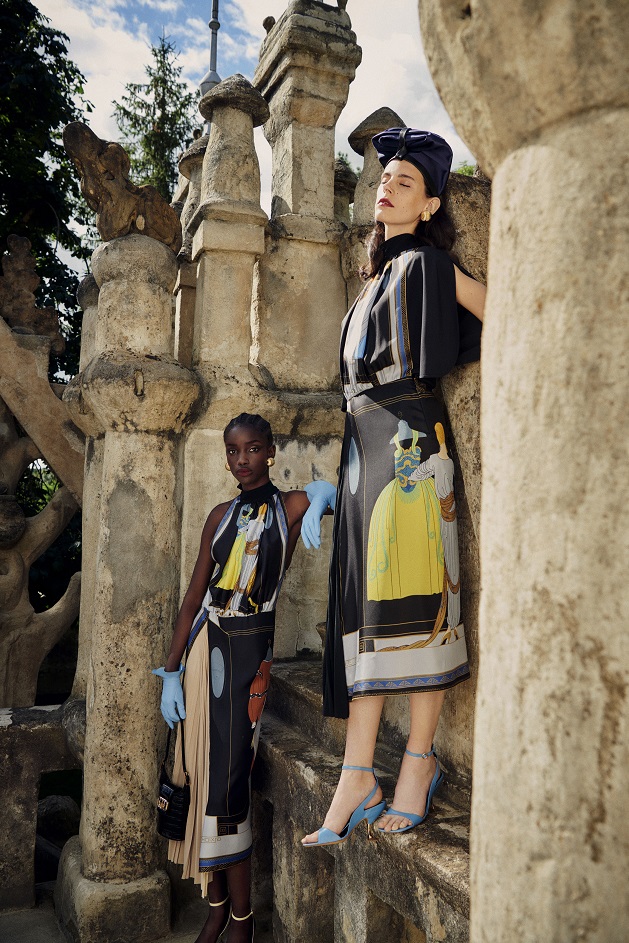 The environment of the collection’s imagery epitomizes these ideas: Le Palais Idéal, an extraordinary example of naïve art architecture executed by Ferdinand Cheval, a French postman who literally made his dream. Built over thirty-three years at the turn of the twentieth century, his fantastical reimagining of a medieval castle became a point of homage and pilgrimage to artists such as André Breton, Pablo Picasso and Max Ernst. Anaïs Nin celebrated his achievement in an essay. 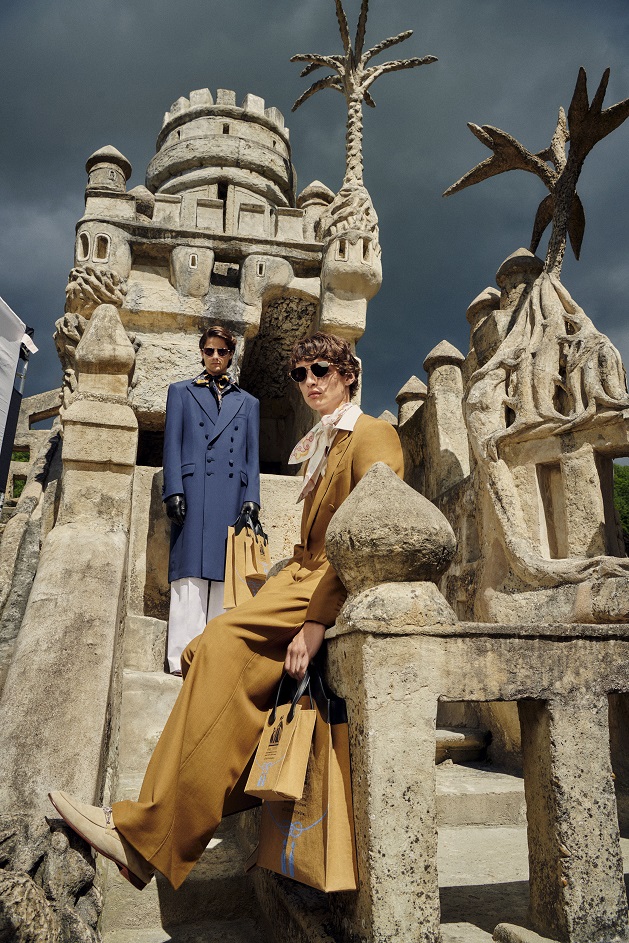