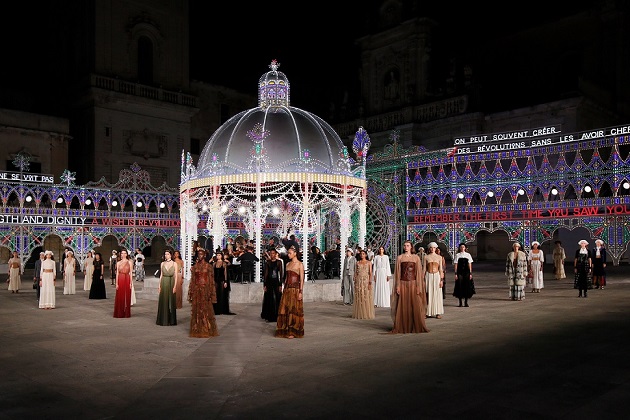 Dior Cruise 2021 Collection is a choral work that celebrates the memory, values, culture and future of exceptional craftsmanship. In an experimental expression of ancestral savoir-faire, fabrics from the Le Costantine Foundation are used for a series of jackets, including the emblematic Bar. The motto of this unique place, “Amando e Cantando1”, is woven on the back of skirts. 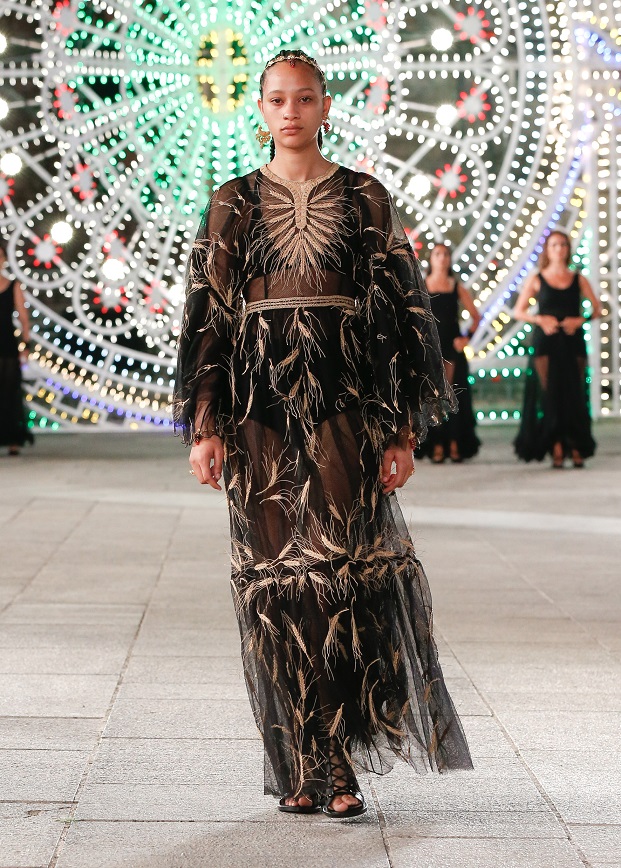 “During this period, I sought to give collective efforts a new dimension. Despite the disadvantages of distance, bringing a different perspective to our daily lives has given us strength and imagination,” says Maria Grazia Chiuri, who for this Cruise show has chosen to reconnect her creative passion with the region of Puglia, a place close to her heart. 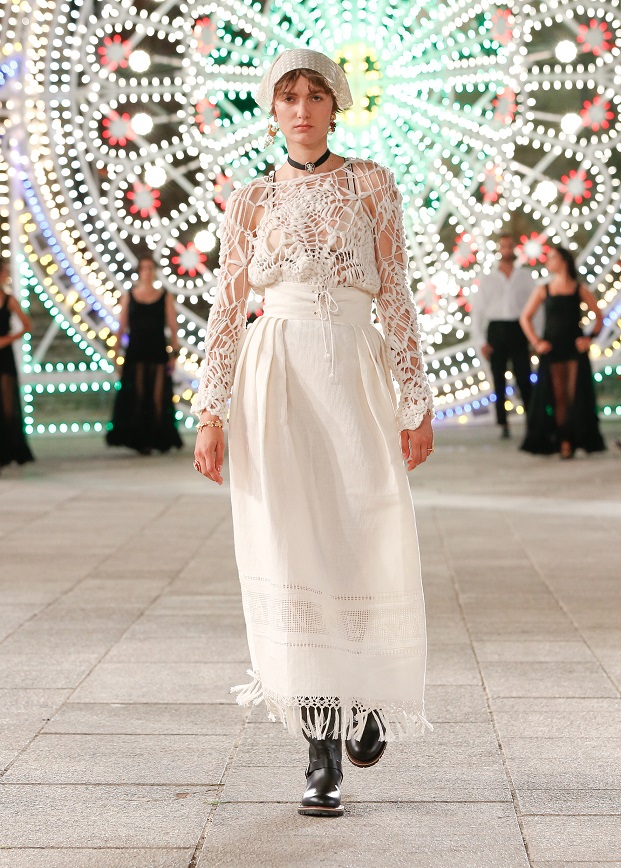 Texts by the anthropologist Ernesto De Martino dedicated to the region’s traditions – which have influenced authors including Germano Celant and Georges Didi-Huberman – led her to explore their roots. 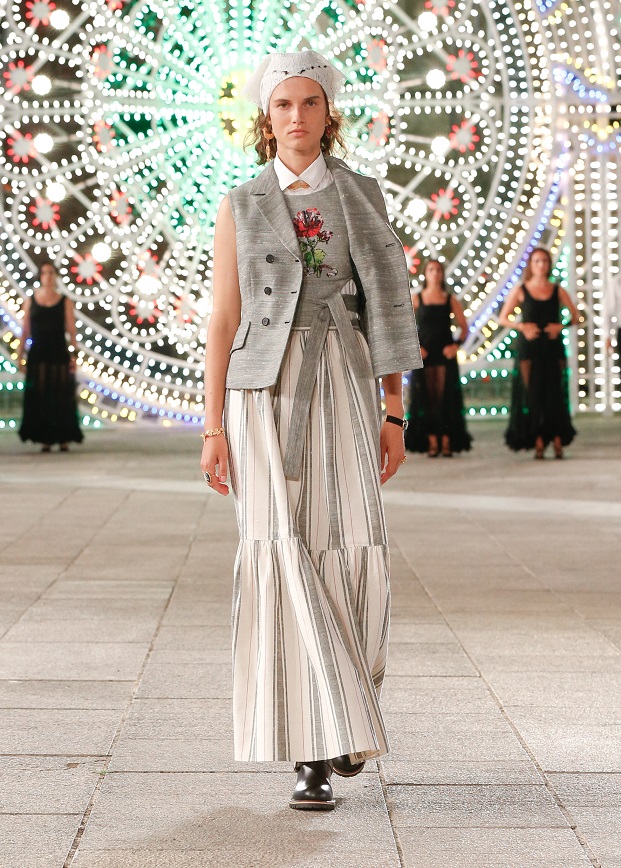 Puglia and its different energies, where magical beliefs such as Tarantism live on, have become in this particular context a concrete form of utopia, a new reading of the world. 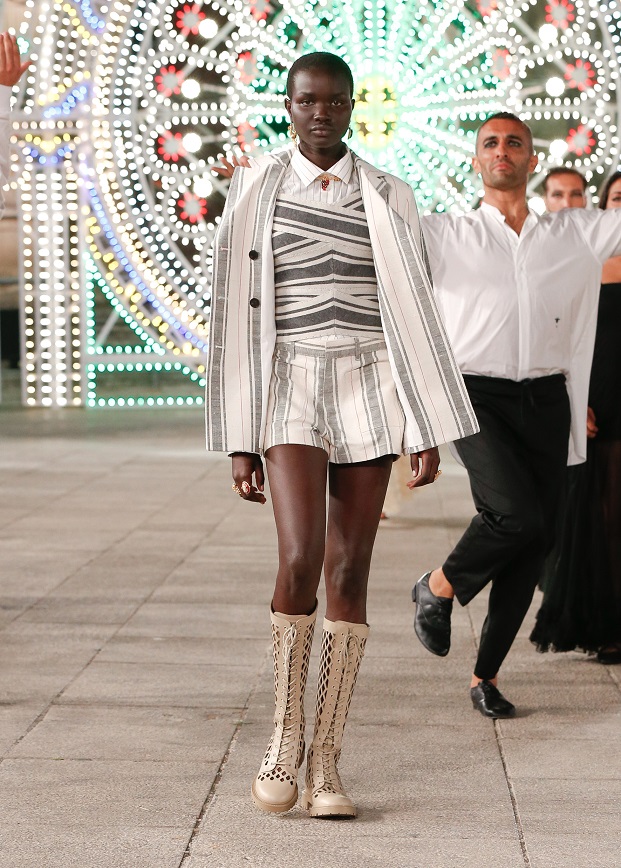 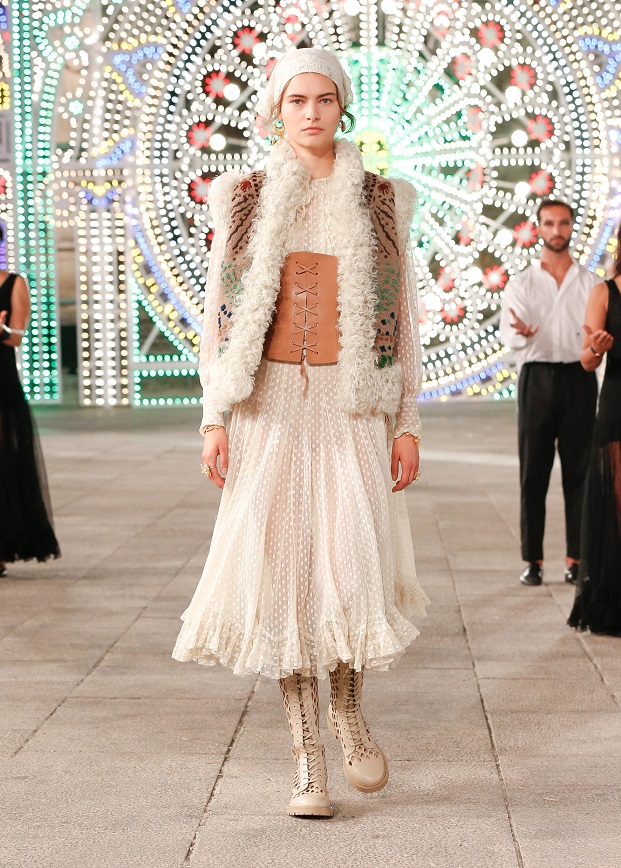 Composing a symbolic writing inspired by the illustrations featured in the book De Florum Cultura – published by Giovanni Battista Ferrari in 1638 – Pietro Ruffo created five drawings of flowers adorned with adages such as “Les parfums sont les sentiments des fleurs2” (Perfumes are the feelings of flowers). 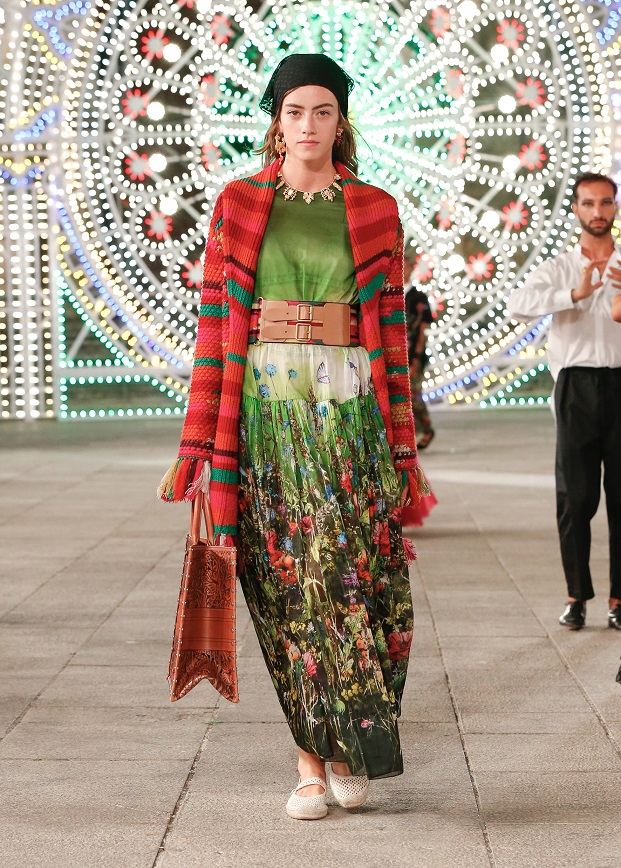 Maria Grazia Chiuri also wished to pay homage to the Luminarie that magnify and sublimate public squares and monuments with their luminous architecture. 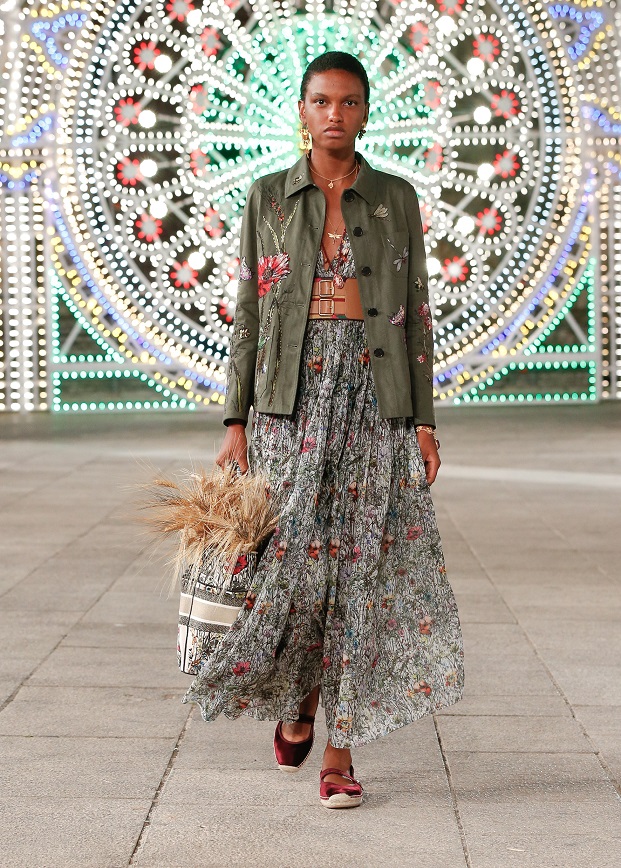 A craft that has given life to a figurative motif on multicolored scarves, and is referenced in openwork and embroidered embellishments. 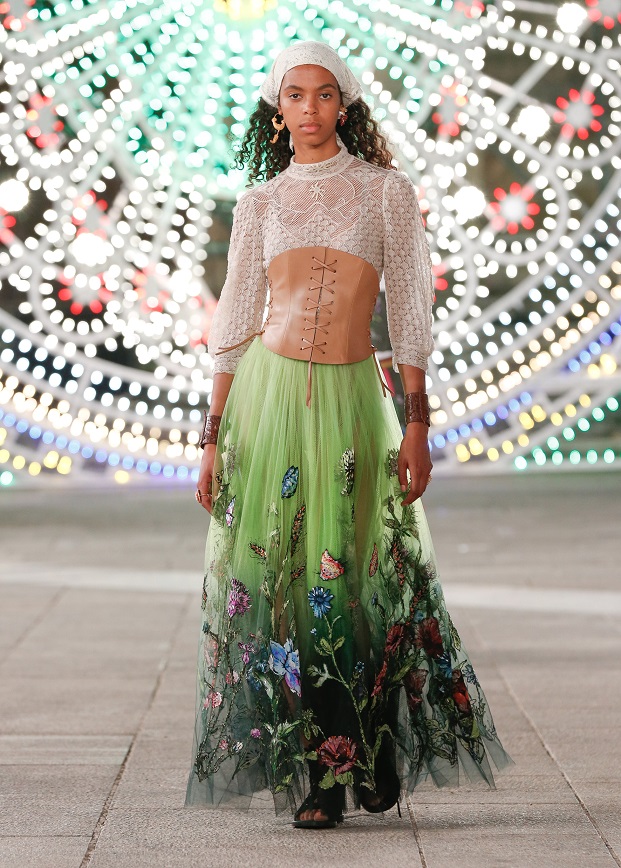 These illuminations are reinterpreted by the artist Marinella Senatore, whose committed work honors participatory art. 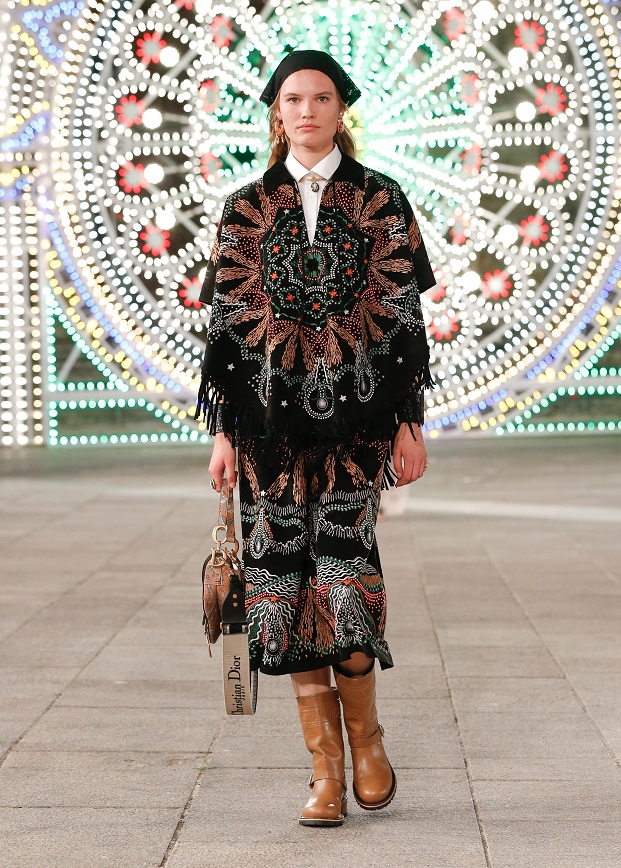 This collection is an example of the collective intelligence the Creative Director champions, combined with the extraordinary power of rhythms and rituals, music and dance, as a way of transcending oneself. 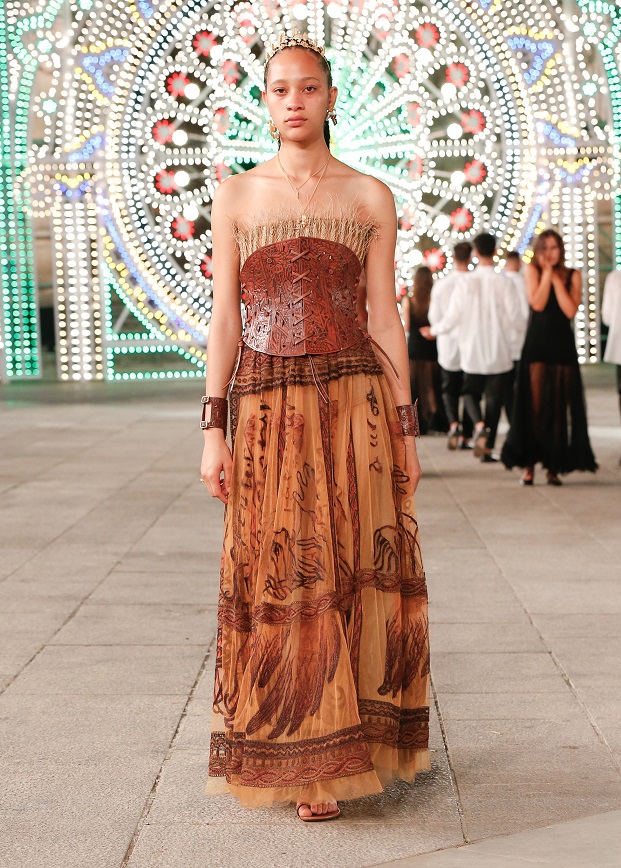