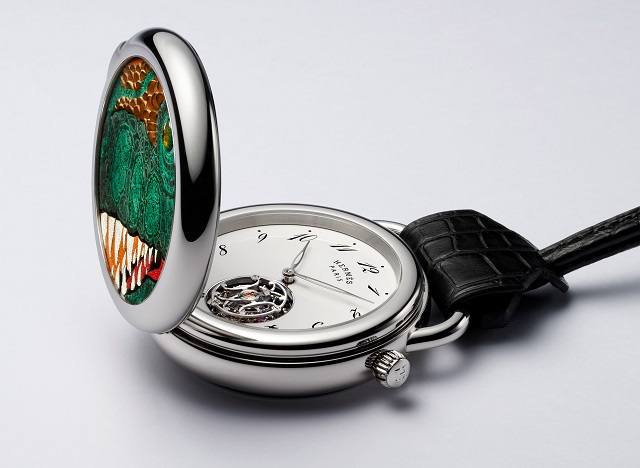 Hermès Arceau watch, created by Henri d’Origny in 1978, lends its classic yet distinctive round shape – with its asymmetrical stirrup-inspired lugs to infinite expressions of Hermès creativity, style and expertise. Its timeless white gold silhouette stages an alliance between leather craftsmanship and Haute Horloger ie in a one-of-a-kind pocket watch. Beating to the rhythm of the Manufacture H1924 minute-repeater and tourbillon movement, the Arceau Pocket Aaaaargh! frames a refined white enamel dial, protected by a cover adorned with a tyrannosaurus composed of marquetry and leather mosaic. 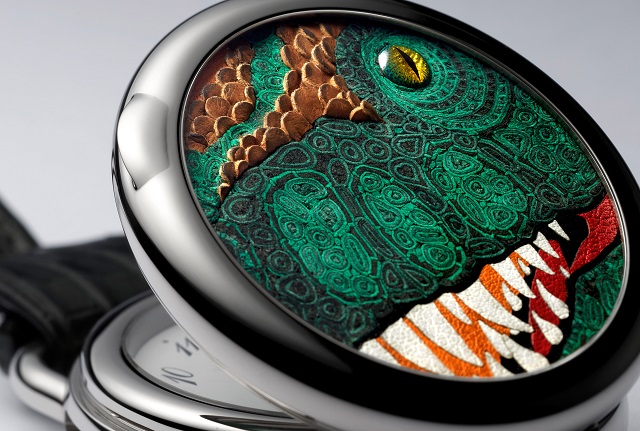 After the gruff bear of the Slim of Hermes Grrrrr! and the wolf howling in the moonlight of the Arceau Awooooo, the Arceau Pocket Aaaaaargh! watch is joining the bestiary imagined by English artist Alice Shirley. On this model, the <king of the tyrant lizards> with half-open jaws and an attentive eye comes to life under the expert guidance of Hermès watchmakers, after a month of meticulous work using exclusive techniques developed in its leather workshops. 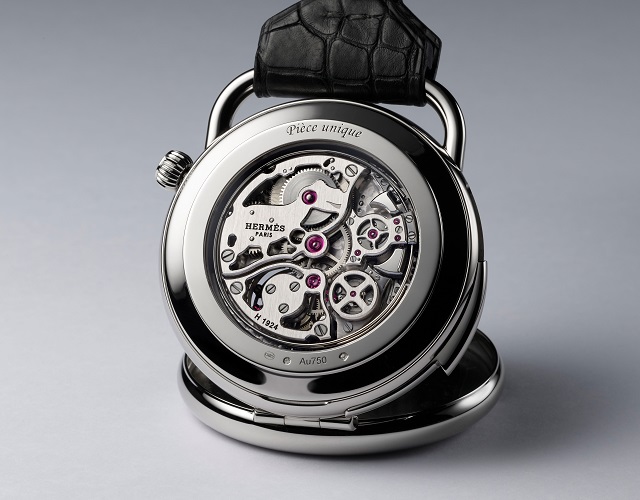 The design of the tyrannosaurus, which appears to be peeking through a porthole, stands out against the cover and involves a combination of several demanding skills. The head and scales are made in leather mosaic: thousands of finely hand-cut multicoloured leather fragments are applied one by one to faithfully reproduce the original pattern. 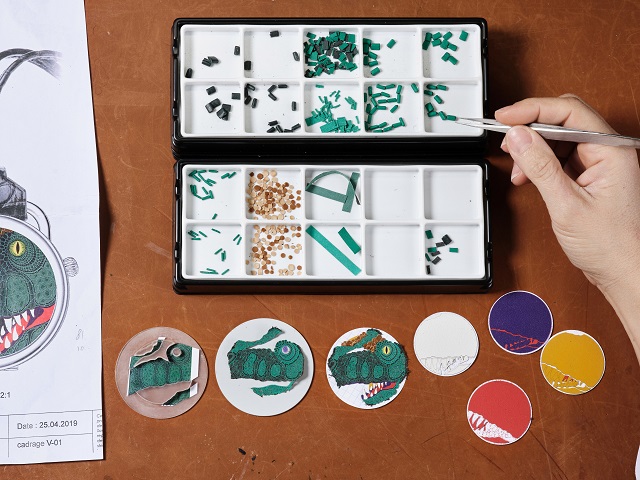 The domed eye of the dinosaur, visible on both sides of the cover, is made of cabochon cut Grand Feu enamel. Finally, the jaw and tongue are crafted in leather marquetry: fine tesserae are cut from various coloured leathers, previously thinned to just 0.5 mm, before being juxtaposed on the enamel base. 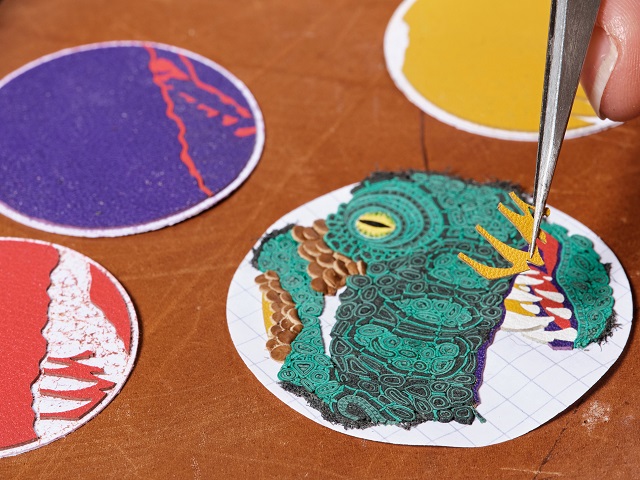 Setting the final touch to this miniaturised leather artwork, a matt green alligator leather cord-strap is secured to the rectangular stirrup and accentuates the overall design. 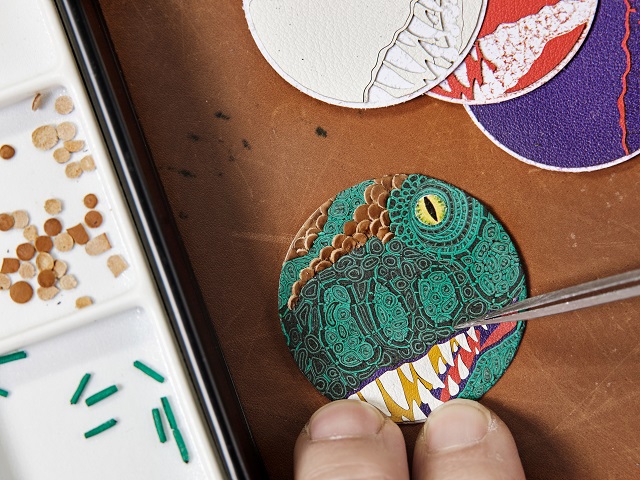