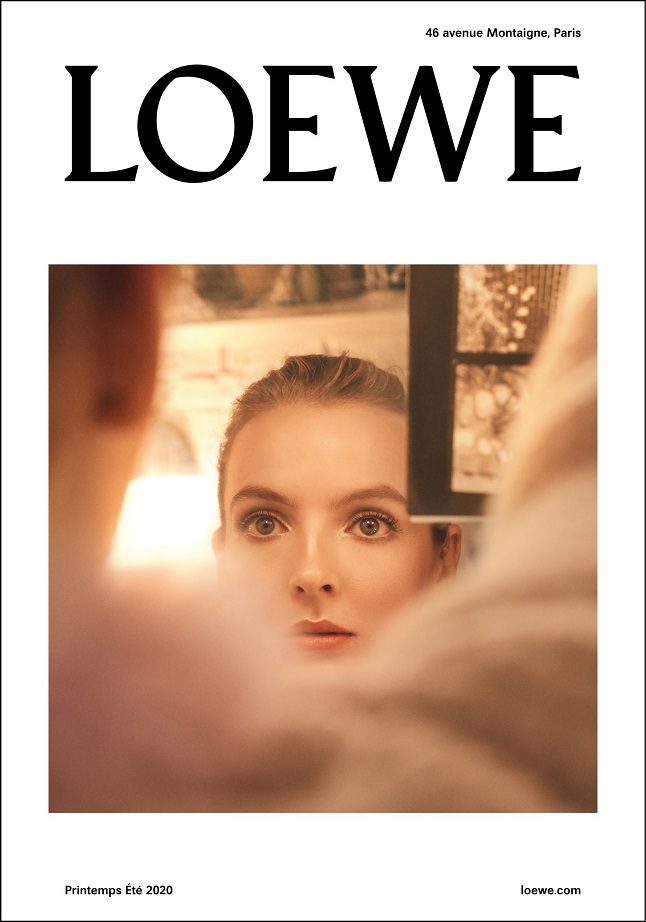 LOEWE previews new images featuring Emmy and BAFTA-winning actor Jodie Comer across Paris to coincide with the catwalk debut of the SS2020 womenswear collection. Photographed by Steven Meisel, LOEWE’s new campaign captures the British actor in a moment of introspection before going on stage. Best known for playing the Russian assassin Villanelle in the BBC series Killing Eve, for which she won Best Actress at the 2019 BAFTA and Emmy awards, Meisel’s image for LOEWE sees his gaze hover over Comer’s shoulder, observing her observing her reflection in the mirror. 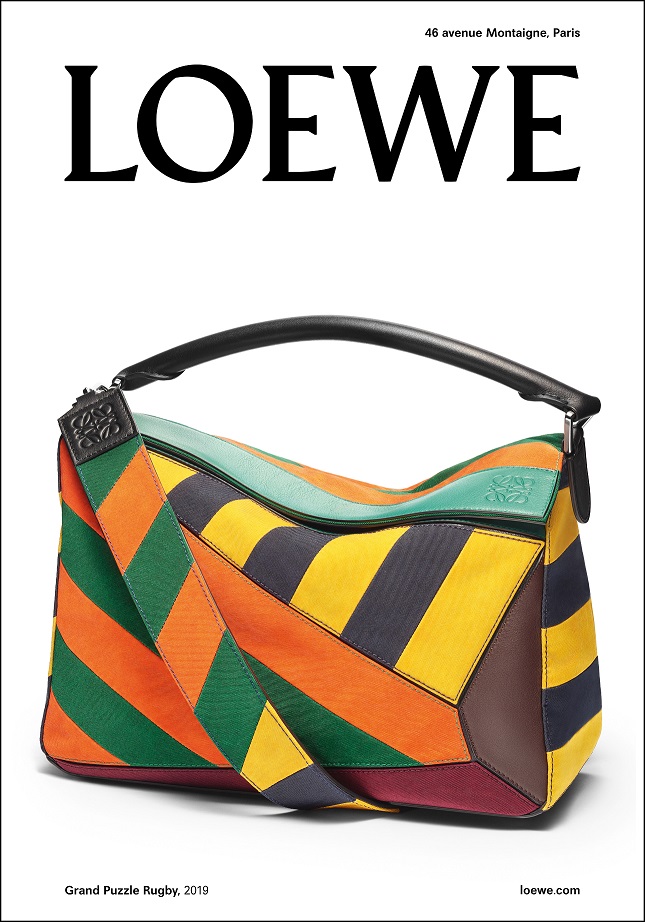 ‘Jodie is exceptionally talented, and what’s so magical about her is that she is 100 per cent committed to an idea’, says LOEWE’s creative director Jonathan Anderson. ‘I find that incredibly inspiring and I think that’s why people have gravitated towards her, and why we wanted to work with her in this campaign.’ Nowhere is this commitment more evident than in Either Way, the house’s new film featuring Jodie Comer in her dressing room repeatedly enunciating the word “LOEWE” across the whole spectrum of emotions. Directed by Steven Meisel, the new film will be released alongside the preview of the campaign photographs. 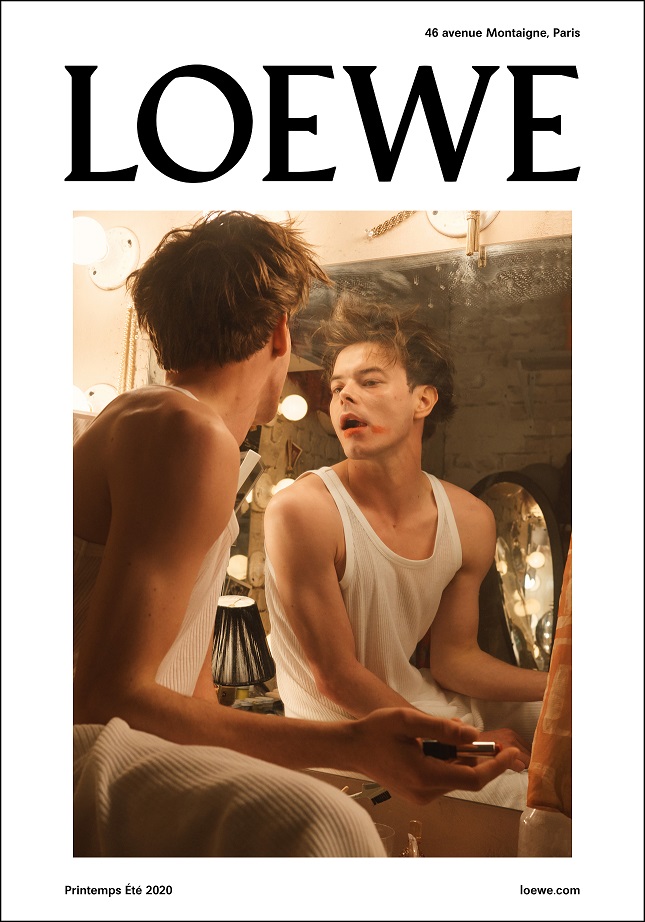 ‘Jonathan and his work are so incredibly distinctive. It’s inspiring to work alongside someone who pushes boundaries and creates in the way that he does. I feel the SS2020 collection really accentuates and celebrates femininity, which is a complete reflection of my experience shooting the campaign. To have had the opportunity to work with Steven Meisel and to have been supported and encouraged in the way that I was, is something I am extremely grateful for and will never forget,’ says Jodie Comer. 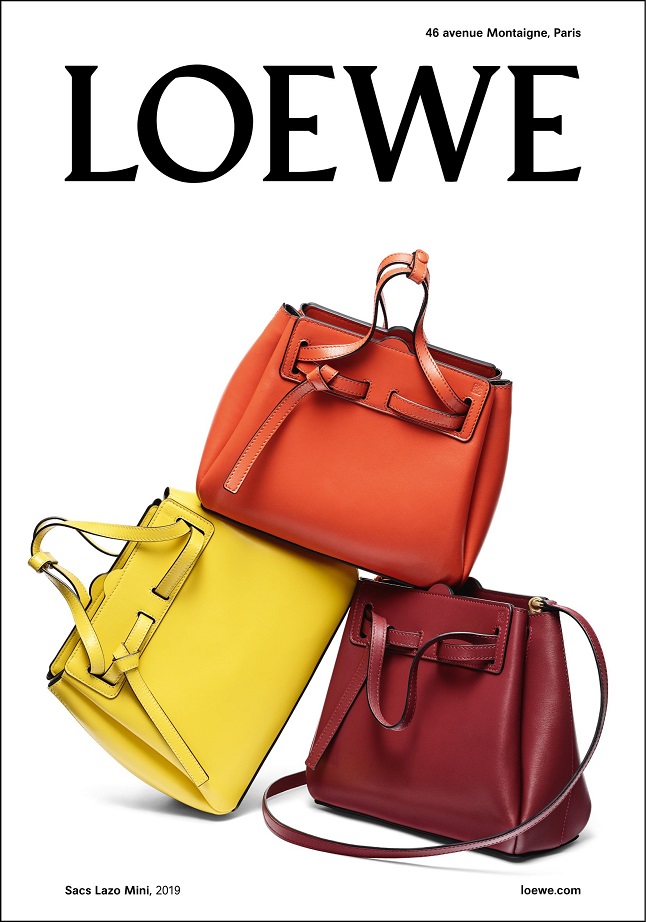 In keeping with LOEWE’s collaborations with Meisel and creative agency M/M (Paris), the new campaign photographs are released as a trilogy. SS2020 sees the portrait of Jodie Comer accompanied by a photograph of a fluorescent slime oozing through long, manicured fingernails. Taken from the new series titled A Show of Hands - from which an image of a tattooed fist grasping a grassy clump of earth was previewed during the men’s shows in Paris last June - the series of hands holding seemingly incongruous objects places the onus of interpretation upon the viewer, in much the same manner as the ambiguity of Comer’s expression does. Completing the triptych is a still life image introducing SS2020’s Lazo Mini Bags. Handcrafted in Spain from calfskin leather, these new editions of the Lazo are rendered in soft orange and yellow, and a seductive burgundy. 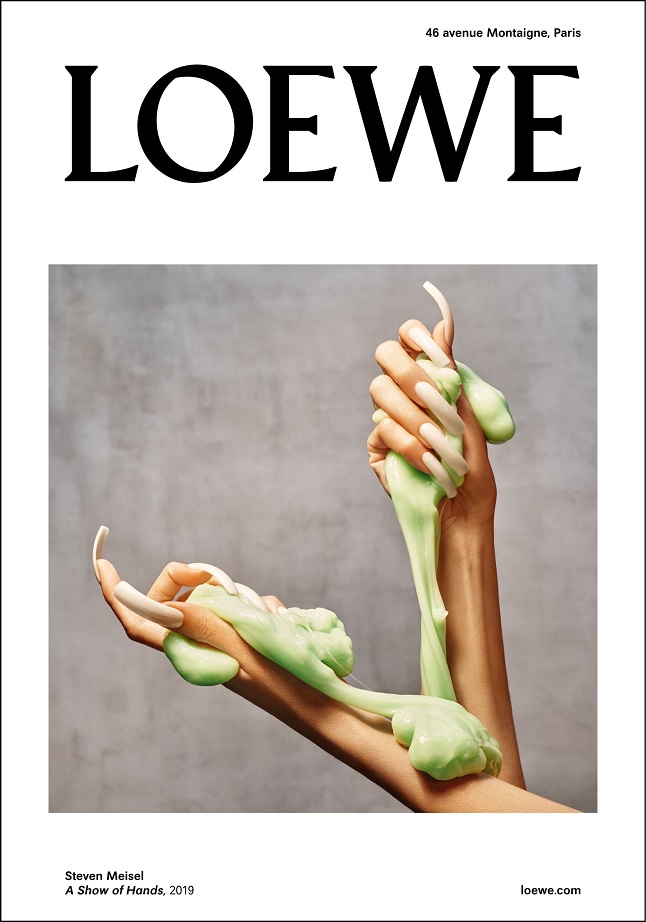