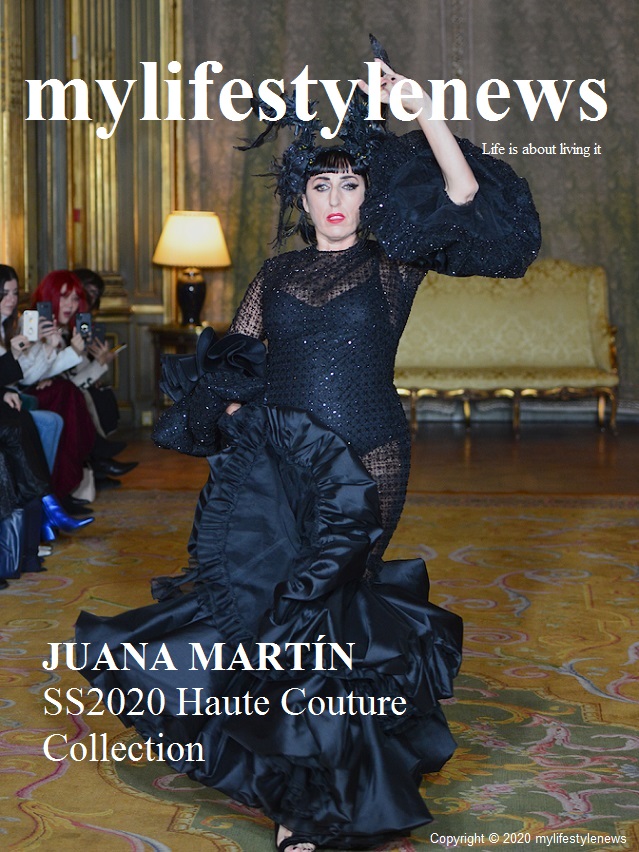 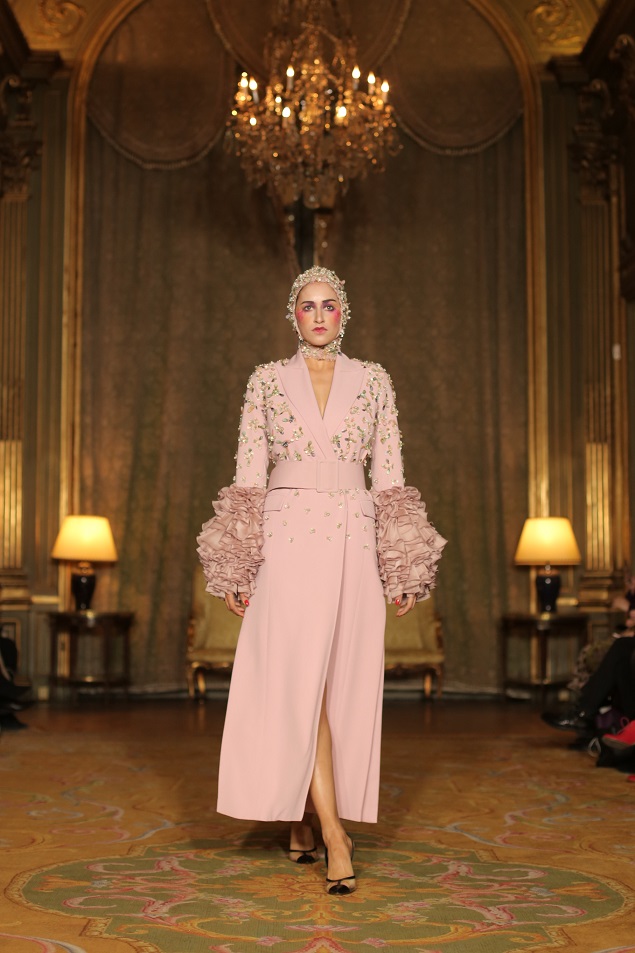 Each season Juana Martín intends to transport the French public to the depths of Andalusian culture, but this occasion is special. 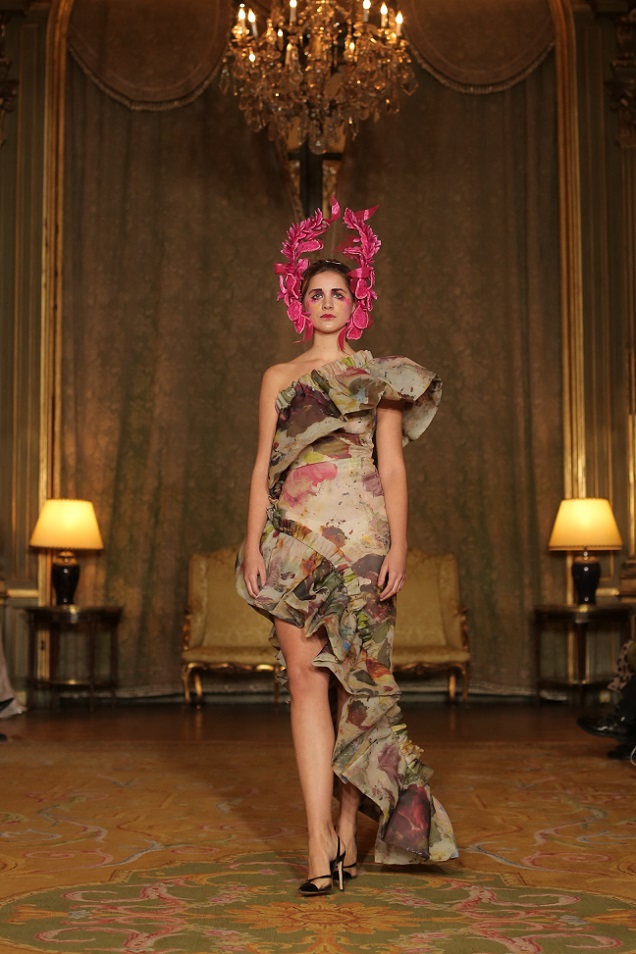 Córdoba, her homeland, has always been one of her sources of inspiration, her talisman, and in this collection she could only trust her place. 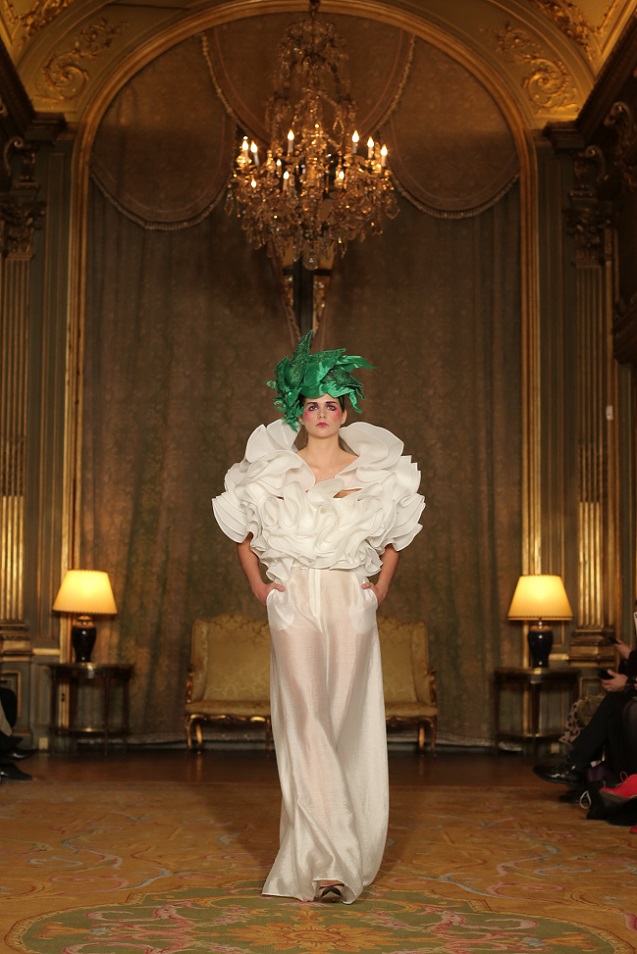 The city in spring blooms in each of its courtyards, and it has been this tradition so ingrained to Andalusia that has made it possible for Les Cours de Ma Maison to be born. 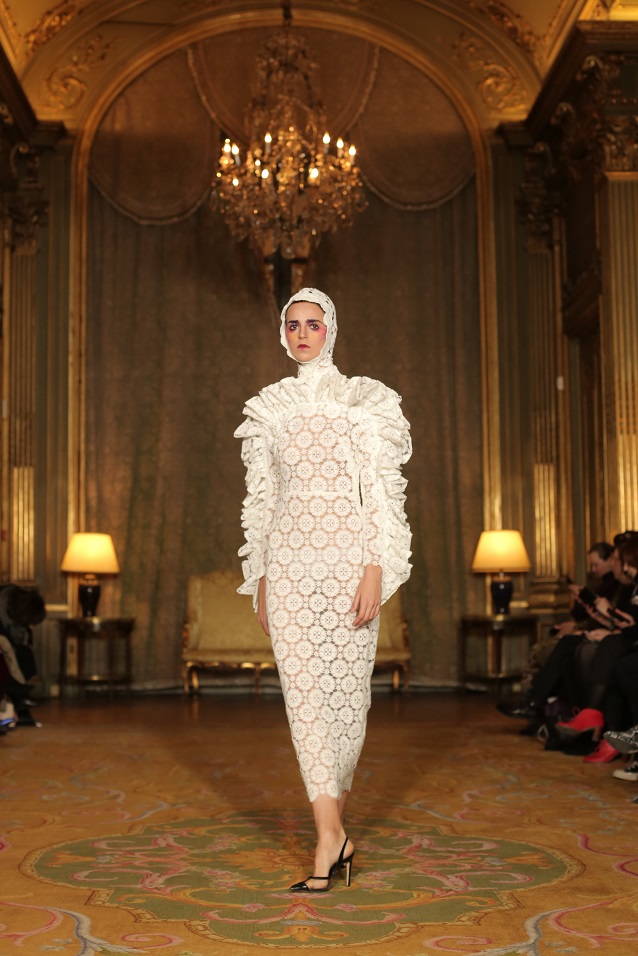 Together with the collaboration of the City Hall of Córdoba, the Spanish designer arrives in Paris with unique and risky looks that reflects the DNA of the brand: contemporary flamenco, flamenco - chic. 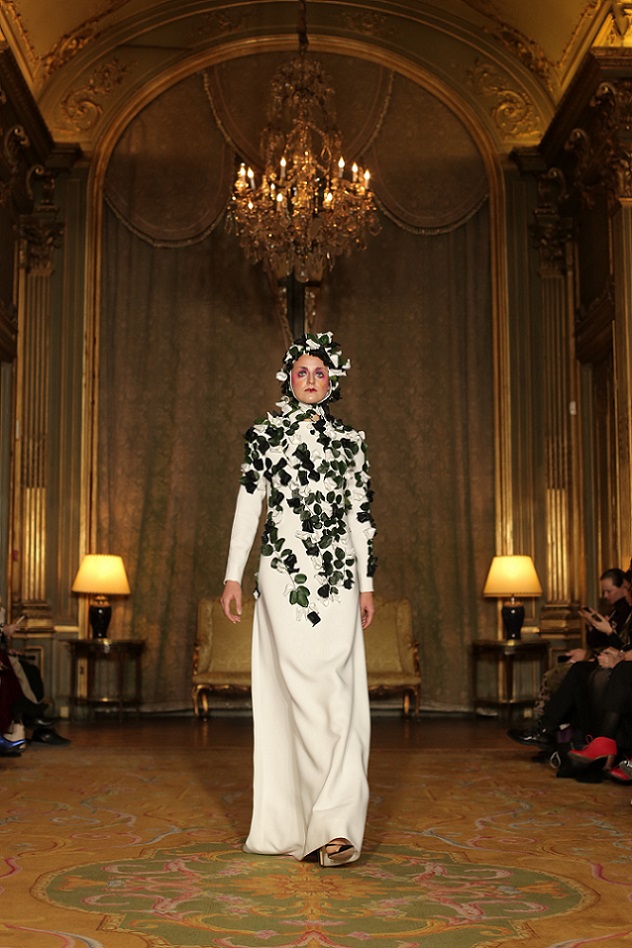 Each steering wheel, each mole, each embroidery and the elegance of pastel, black and white colors manages to recreate the flowers of this Andalusian land. 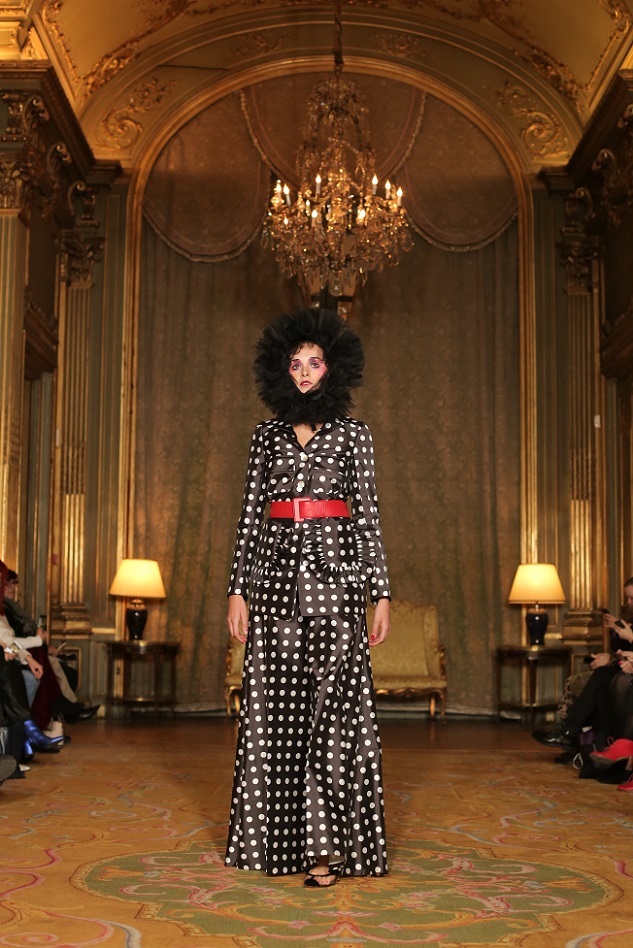 Joining her two passions, her work and Córdoba, the designer once again steps on Paris with more force than ever before by the hand of Rossy de Palma and Lita Cabellut. 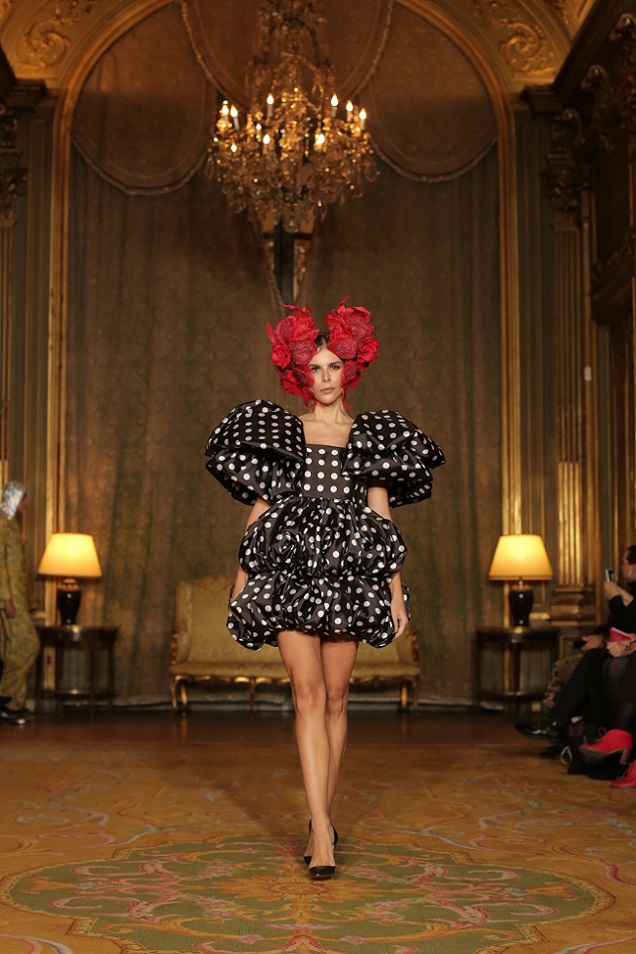 The luxury headdress brand Tolentino Hats will bring its extravagance that identifies them so much. Embroidery Manuela Romero will also collaborate with their crafts by recreating the flowers of the old Andalusian manila shawls. 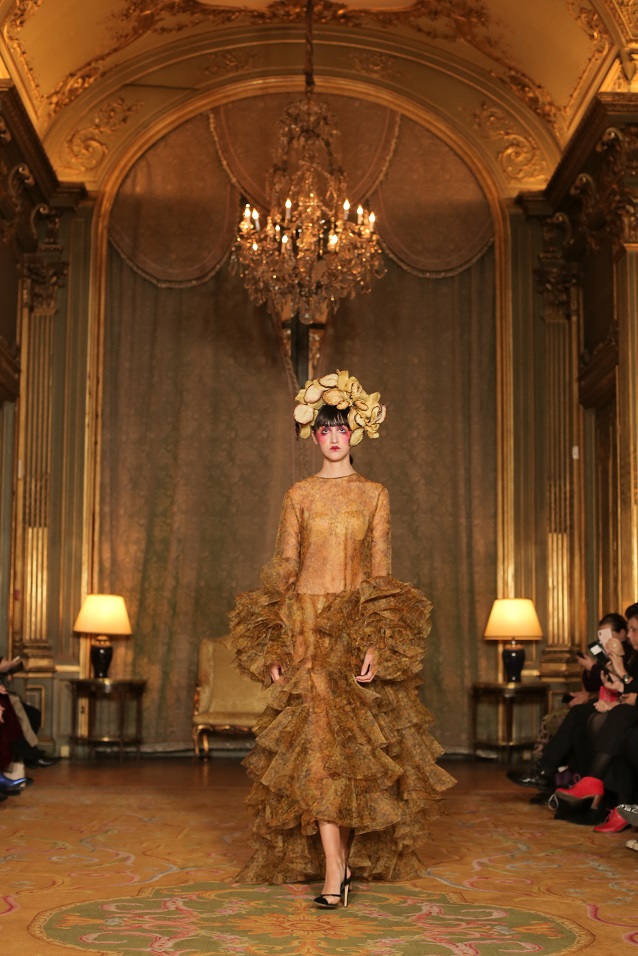 Juana Martín, thus becomes the first gypsy and Andalusian woman to participate in the week of Paris Haute Couture. 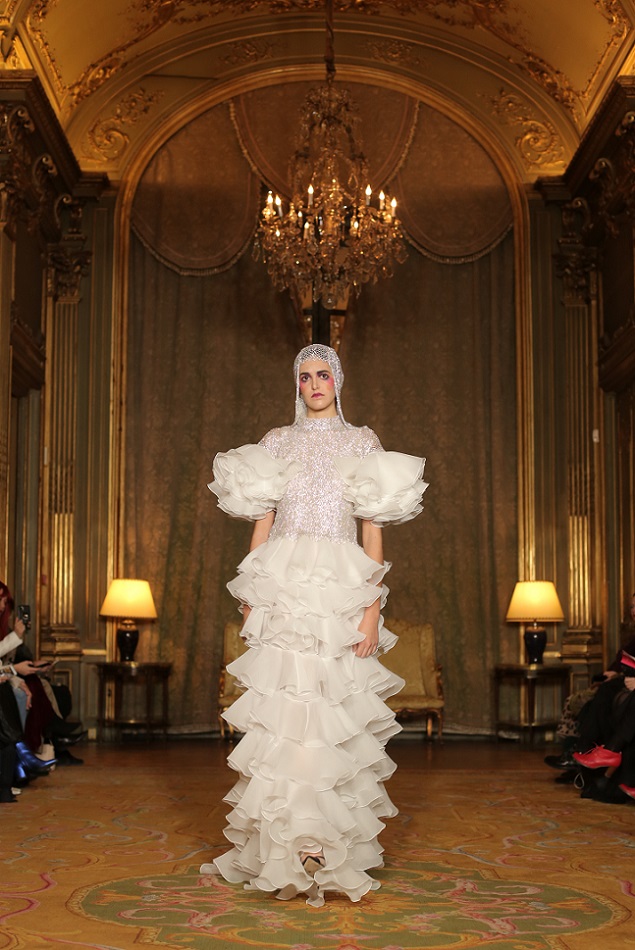 Cover photo by Carl van Assche
Posted by mylifestylenews at 12:00 AM