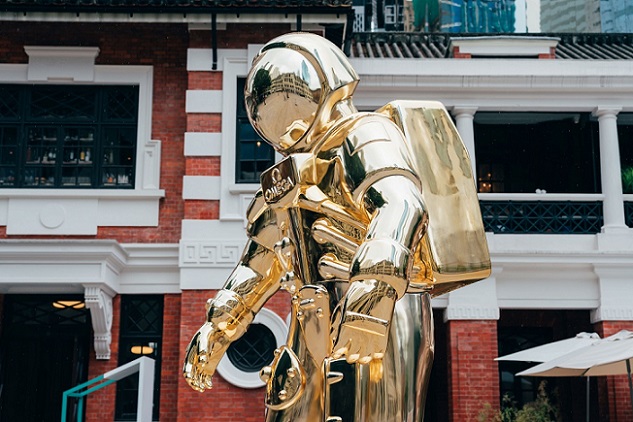 OMEGA is celebrating the 50th Anniversary of history’s first lunar landing, a moment when its iconic Speedmaster chronograph became the first watch worn on the moon. To commemorate the occasion, the OMEGA astronaut that visited Hong Kong in 2017 has now returned with a new golden look - and he has grown to 3.5m in height! The Golden Astronaut can be seen at Tai Kwun on Hollywood Road recently. 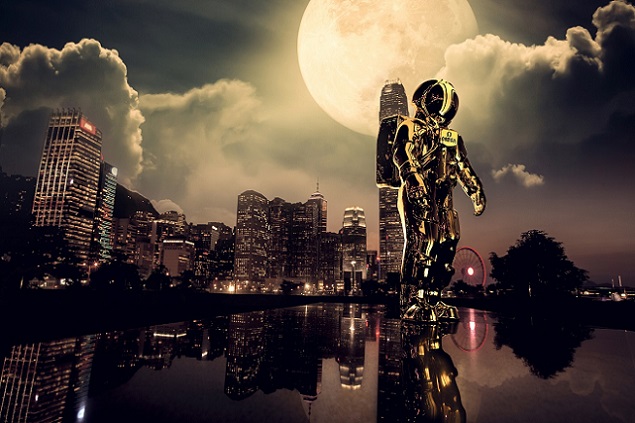 Prior to its unveiling in Tai Kwun, the Golden Astronaut made a tour of the picturesque Victoria Harbour to enjoy the magical backdrop of the Hong Kong skyline. The Apollo 11 mission is certainly the most celebrated moment in OMEGA’s considerable space heritage. On the 21st of July 1969, Neil Armstrong and Buzz Aldrin became the first humans to walk on the lunar surface, marking an incredible milestone in human history and space exploration. It was during this iconic moment that the OMEGA Speedmaster Professional became the first watch worn on the moon. 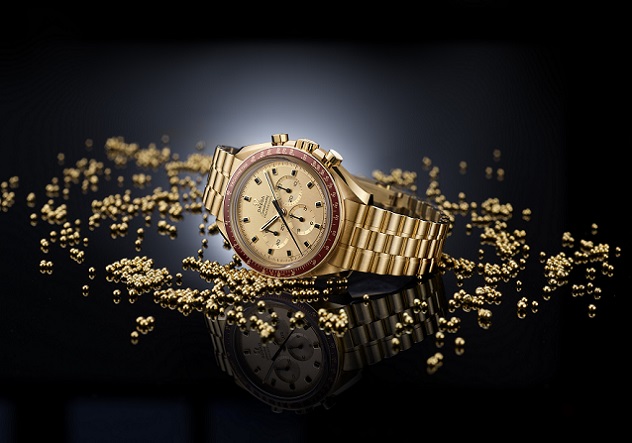 In fact, the OMEGA Speedmaster remains the only wristwatch ever to be successfully qualified by NASA for all manned space flights. After passing 11 intensive tests, it served on many historic spaceflights, including every Apollo mission and all six moon landings. After its iconic status was gained, the words “FLIGHT-QUALIFIED BY NASA FOR ALL MANNED SPACE MISSIONS” and “THE FIRST WATCH WORN ON THE MOON” were seen etched onto the caseback of every OMEGA Speedmaster sold. To commemorate the 50th anniversary of the Moon Landing, OMEGA has also produced two new Apollo 11 50th Anniversary Limited Edition timepieces. This includes a full gold model limited to 1,014 pieces, as well as a stainless steel and gold model limited to 6,969 pieces. 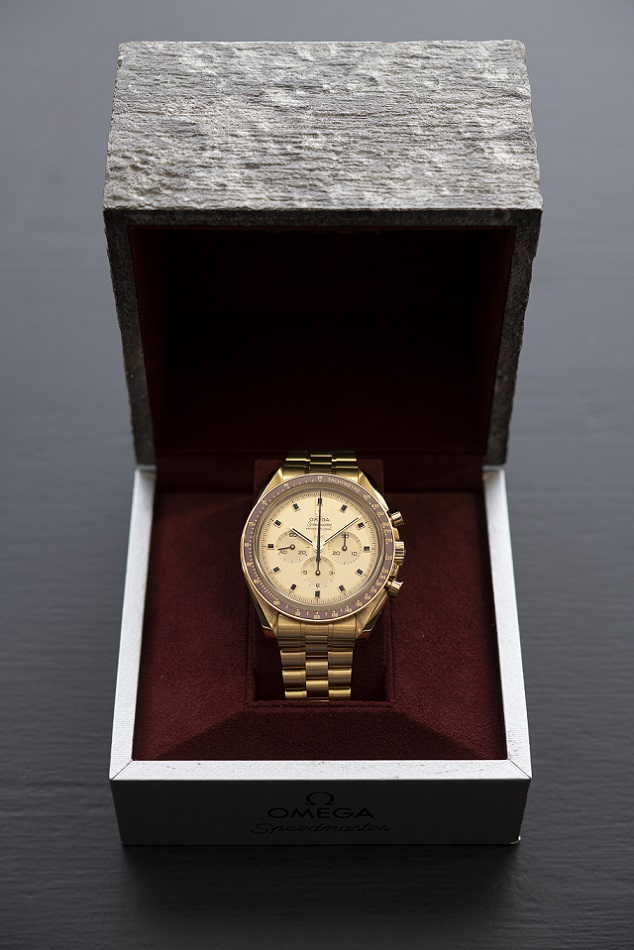 These two watches are crafted using 18K Moonshine™ Gold – an exclusive new alloy whose colour is inspired by the shining moonlight in a dark blue sky. The designs are replete with lunar history as well as modern materials and a superb new movement: OMEGA's Master Chronometer Calibre 3861 - a manual-winding OMEGA Co-Axial escapement movement. In addition to the 3.5m Golden Astronaut display at Tai Kwun, OMEGA has introduced an Augmented Reality experience, allowing visitors to place the Golden Astronaut anywhere in the real world.