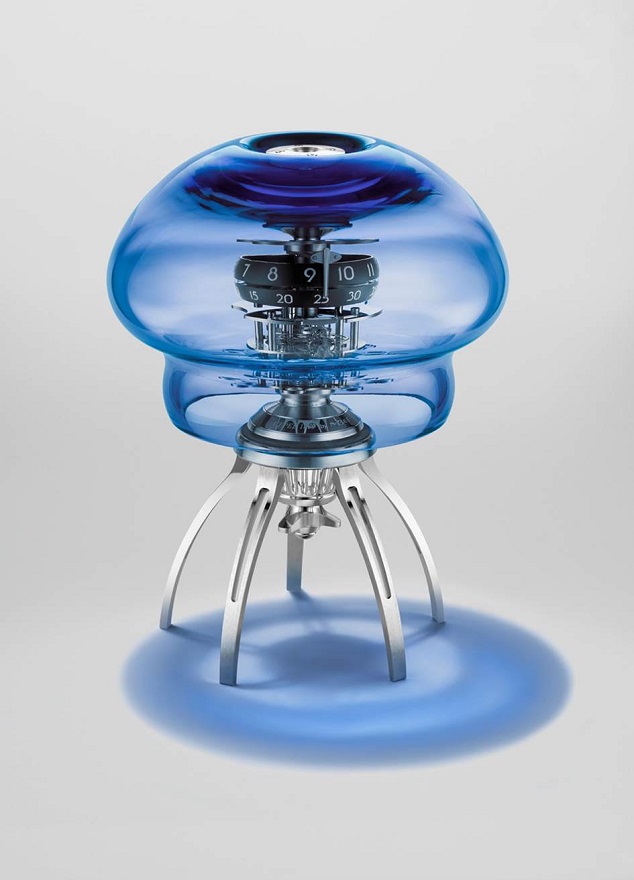 In its tenth collaboration with Switzerland’s premier clockmaker, L’Epée 1839, MB&F plunges into warm ocean waters where the beautiful and ancient jellyfish proliferate. Medusa is a dual-configuration clock, housed in hand-blown Murano glass, that can be ceiling mounted or stood upon a desk. In the form of one of the most compelling yet mysterious creatures of the sea, Medusa blends exceptional artisanal skill with Swiss horological precision, and introduces new frontiers in both. 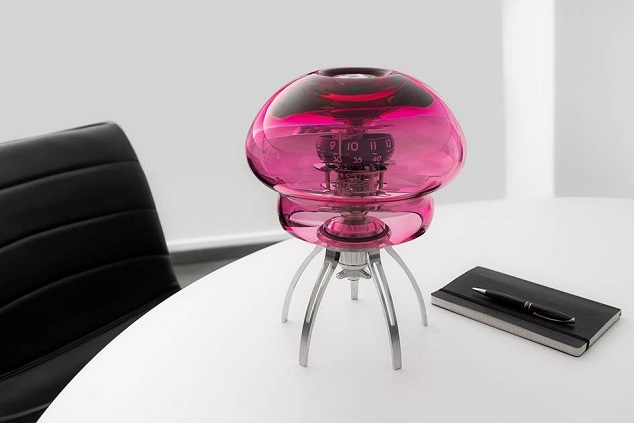 The central mass of Medusa is formed by a large transparent dome of hand-blown Murano glass that evokes the bellshaped body of a mature jellyfish. Two rotating rings, one displaying the hours and the other displaying the minutes, are visible through the dome, and the time is read off a single fixed indicator that extends over the rings. Like a jellyfish glowing in the abyss, Medusa glows in the dark thanks to Super-LumiNova. A 2.5Hz (18,000vph) movement beats underneath the time indication, forming the pulsating heart of this mechanical creature. 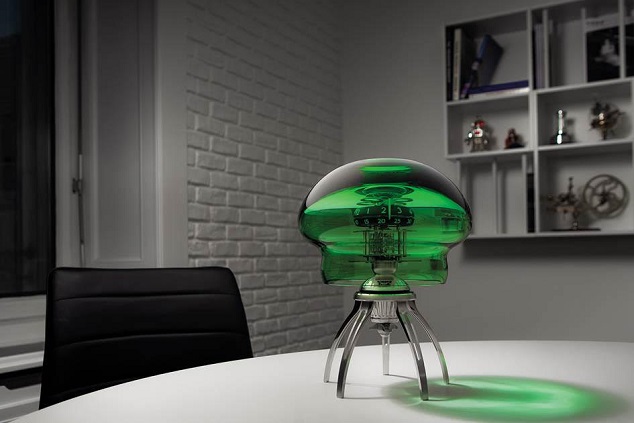 The movement of Medusa is entirely new and required over two years of development by L’Epée 1839. Whereas the other co-creations had separate points of winding and setting, Medusa required a combined system for winding and setting, since the surrounding glass dome limits access to the movement. Furthermore, in order to maximise the visual impact of the clock and reinforce the source of its design inspiration, the movement was engineered around a central axis, mimicking the radial symmetry of a jellyfish’s neural column. 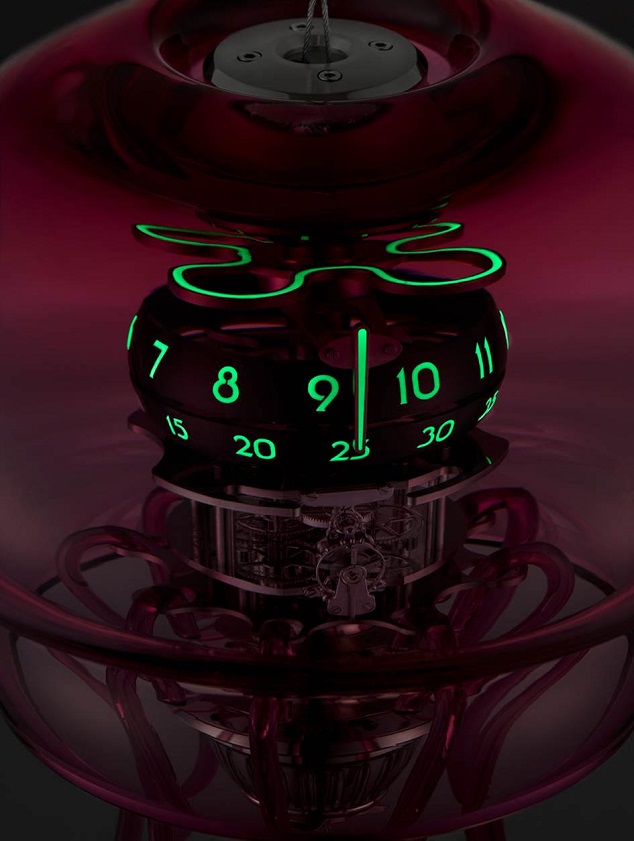 Perfecting the glass exterior of Medusa – available in blue, green or pink was as challenging as any aspect of its movement creation. The pink edition, in particular, required multiple stages of layering red and clear glasses to achieve exactly the right shade desired. For the best possible aesthetic result, the dome and tentacles had to be crafted from the same glass, which would give them the same optical qualities. The skill needed to produce by hand a set of consistent glass tentacles for each clock exists only in very few glassblowing houses. Add to this the difficulty of creating a hand-blown Murano glass dome that has to appear extremely light and delicate, and yet withstand the weight of a clock movement – it’s easy to see why only one Murano glassblower, out of the 40 companies that L’Epée 1839 approached, was able to accomplish the task. 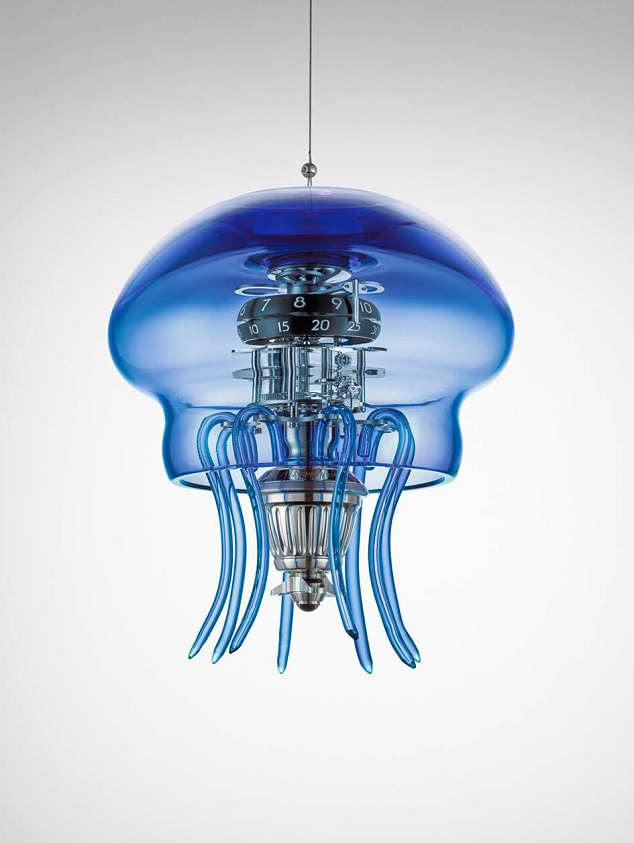 Independent designer Fabrice Gonet first proposed Medusa in 2016 to MB&F founder Maximilian Büsser, who immediately saw the appeal of Gonet’s sketch and recognised the essential spirit of an MB&F creation in its lines. Says Büsser, “I’ve known Fabrice for some years but we never had the chance to work together before. When he wanted to show me one of his designs, I accepted, even though I don’t normally say yes to this kind of thing also because I saw that his design was of a clock and not a watch. The vision was so clear that, in the end, the final clock turned out to be very close to the initial sketch!”
Posted by mylifestylenews at 12:00 AM