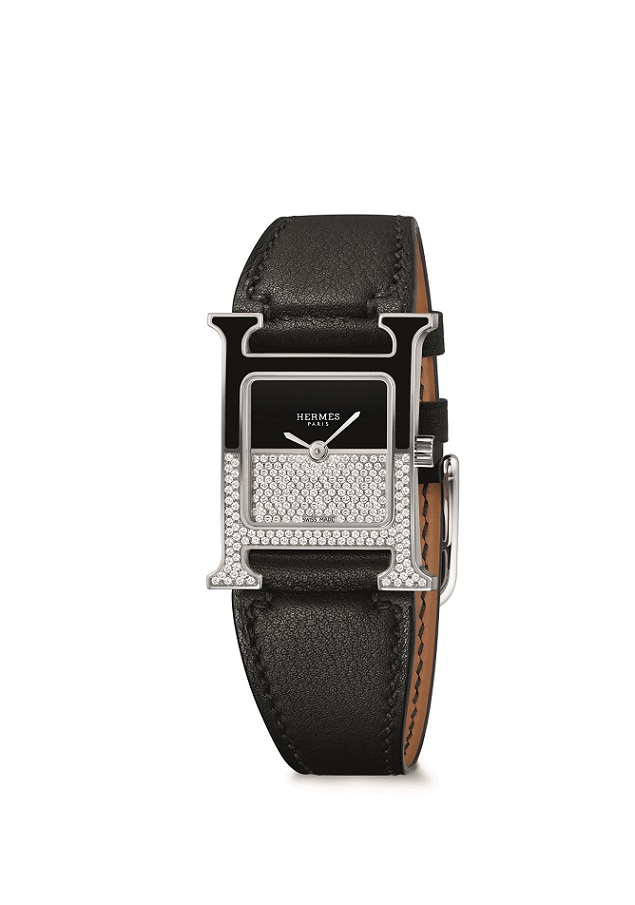 Playful and contemporary, the Heure H Double Jeu watch carries within its square the paradox of lacquer and diamonds. Its steel case celebrates contrasts. In black or white lacquer, it is reinvented through two graphic compositions that subtly stage the letter H. Whether vertically adorned with 122 diamonds or embellished in its horizontal version with 93 diamonds framing a dial also set with 138 diamonds, it extends an invitation to temporal recreation by playing with tones and luminescence. A skilful double jeu that either accentuates the H or merely hints at it. The black Barénia or white grained calfskin strap, enlarged by 3 mm on either side, merges with the dial in a simple tour around the wrist. Have you seen it? Do you still see it? The loop forms an H recalling the graphic totem of this watch. 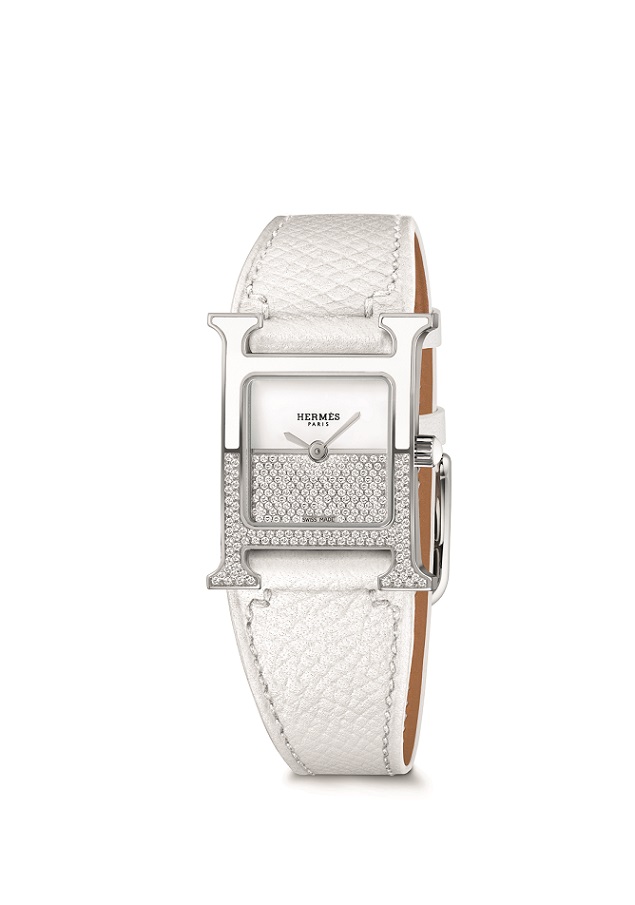 Hermès creates objects shaped by artisans to make them true companions for those who wear them. Practical, functional and stemming from uncompromising expertise, they radiate the lightness of the unexpected. They make everyday life their playground, and each instant a uniquely special moment. For Hermès, time is also an object. Its inherent tension is translated by the house into a singular characteristic. Rather than measuring, ordering, and seeking to control it, Hermès dares to explore another time, designed to arouse emotions, open up interludes and create spaces for spontaneity and recreation. The Heure H Double Jeu is thus the custodian of a companionable, enduring and joyous vision of time. 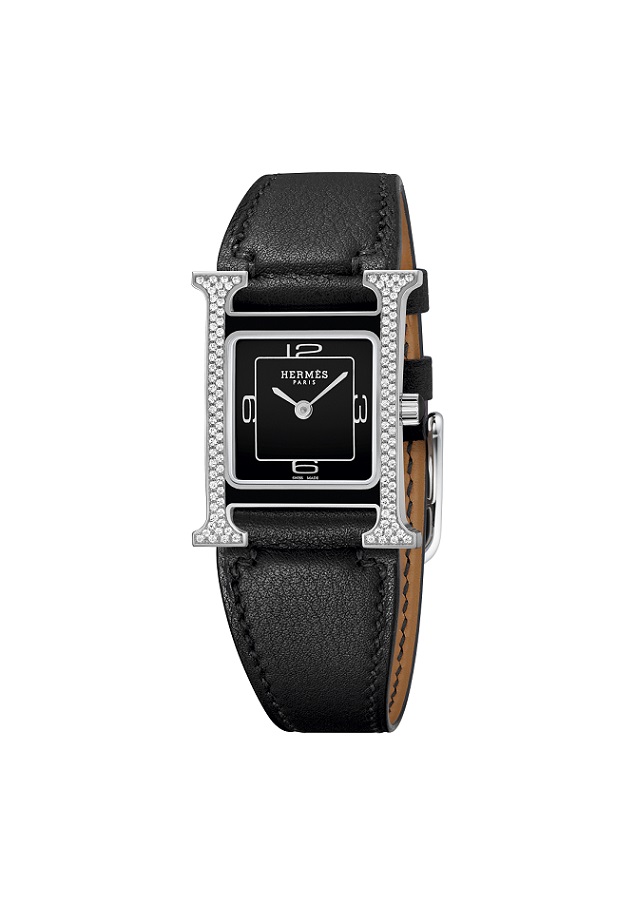