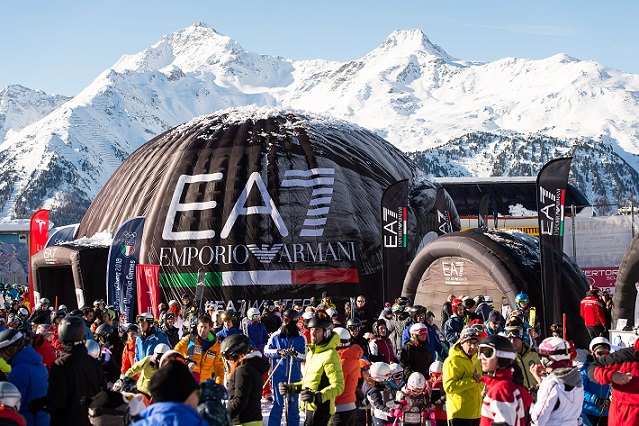 EA7 Emporio Armani Sportour Winter Edition is the new event organised by RCS Sport in collaboration with La Gazzetta dello Sport and Radio 105. The tour, named after EA7 Emporio Armani, the title sponsor, will touch down in some of the most famous mountain locations from the Alps to the Dolomites, offering activities related to sport and entertainment. The event is inspired by the winter road show of EA7 Emporio Armani, an initiative used by the Armani Group to engage fans of the mountains over the last few years, offering them a unique experience based on physical activity and style. The objective of each stage will be to promote content related to various partners by engaging all participants, not just sports enthusiasts, in the rich variety of activities planned. The events that will take place during the weekends have been designed and organised to reflect the characteristics of the host locations. The reference point for attendees in each location will be the ‘Village’, set up near the centre of town or behind the slopes and brought to life by the staff and music of Radio 105, the official radio station of the tour, which will broadcast both from the Village and from a high-altitude location. Specifically, the radio station will engage those present at each stage with a host of entertaining and promotional activities. 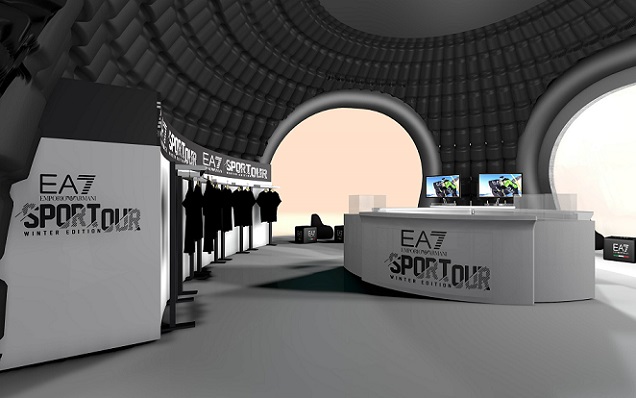 The calendar of this first Winter Edition of the EA7 Sportour schedules six stages, with dates from December to February. The first stage will take place in Sestriere in Piedmont (14th-16th December). The tour will then move on to Courmayeur (11th-13th January), Bormio (18th-20th January), Corvara (25th-27th January) and Ponte di Legno (8th-10th February), until it reaches its finale, which will be held in the Rasun Anterselva area of the province of Bolzano (15th-17th February); the finale also includes the Valdaora stage. 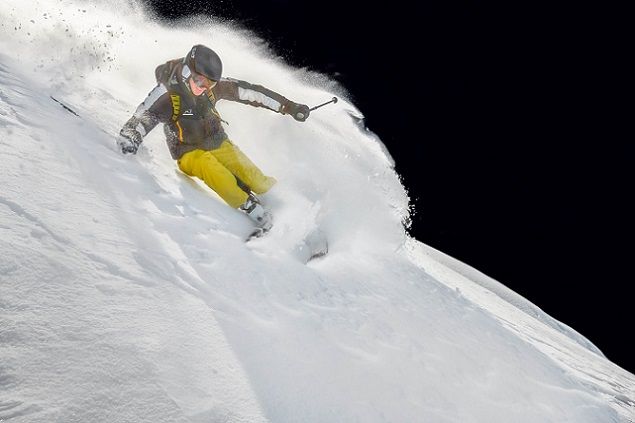 The activities planned will include: we glow, a group downhill activity held at night on the ski slopes; ski style preskige, a training session especially designed for those who want to fine-tune their skiing technique – in terms of both performance and style and have their skills evaluated. There will also be the skiathlon, a combination of Alpine skiing, downhill and the rifle-shooting aspect of the biathlon; snowshoe running sessions, organised by expert instructors; snowbiking on ice and snow, the final frontier for fans of cycling, including the possibility of trying out a fat bike; and the Giro di pista, an unconventional giant descent through 21 doors that are inspired by the stages of the annual Giro d'Italia cycling race. In addition to the Winter Edition, EA7 Emporio Armani Sportour will also continue in the summer months with the Summer Edition. The details of the stages and the full summer programme will be revealed in the next few months.
Posted by mylifestylenews at 4:42 PM