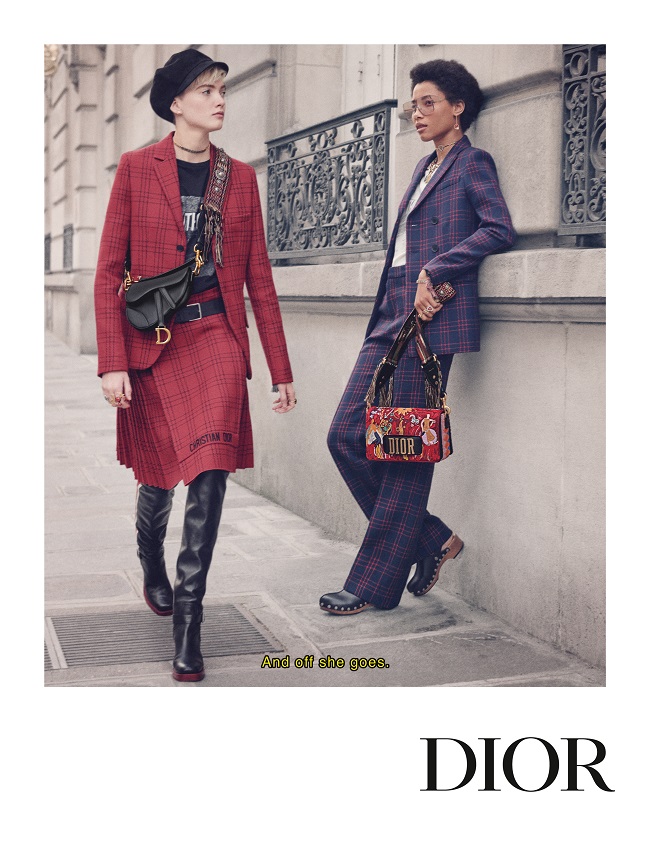 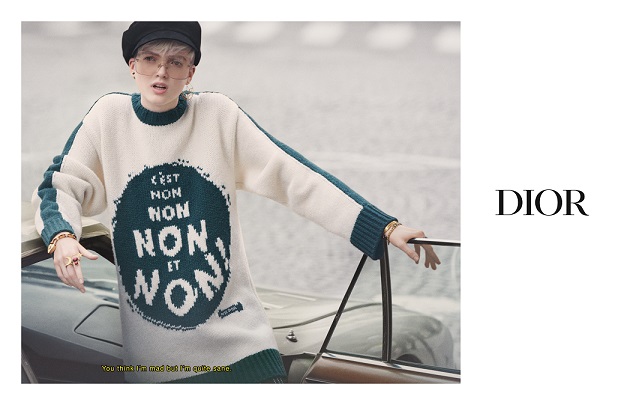 This same vision of non-stereotypical femininity is shared and championed by Maria Grazia Chiuri: “I have always loved Godard’s movies, his ability to provide a showcase for beautiful female characters: contemporary heroines balanced between tradition and the desire to escape, between aspirations, dreams and reality,” the artistic director explains. 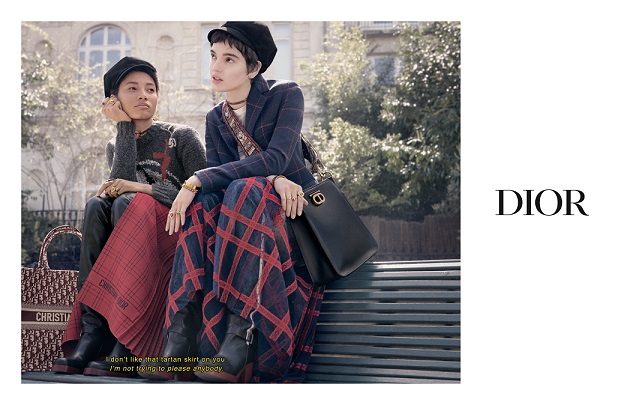 Informed by this inspiration, Pamela Hanson photographed beautiful and independent intellectuals, also possessed of the may ‘68 spirit of revolt found in Maria Grazia Chiuri’s collection: “I felt that the sensitivity of a photographer like Pamela Hanson would be ideal for recreating an atmosphere tinged with euphoria and freedom. I then asked the models to act as the interpreters of a feeling rather than simply showing off the clothes, for them to work together to convey a notion of femininity formed of irreverence, shared intent and pride. and, of course, of sisterhood.” 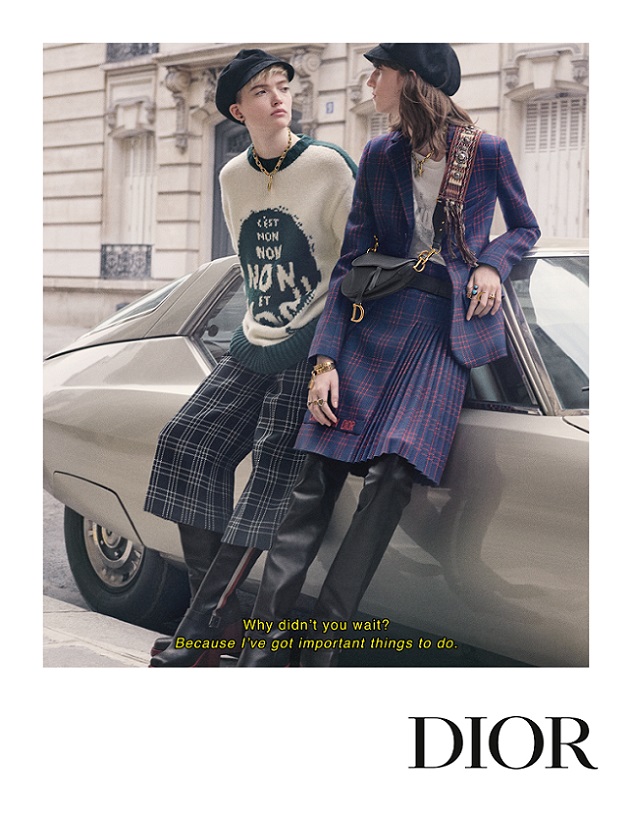 Women of letters, these soul sisters love to play with words: like out-of-sync subtitles, one can read the dialogues and verbal jousts from Godard’s film through the images, such as “I’m not trying to please anybody,” or the famous “i’m thinking that i exist,” uttered by angela to an amorous Alfred who has asked her: “What are you thinking about?” Striking manifestos whose words are instruments of connection and liberation. 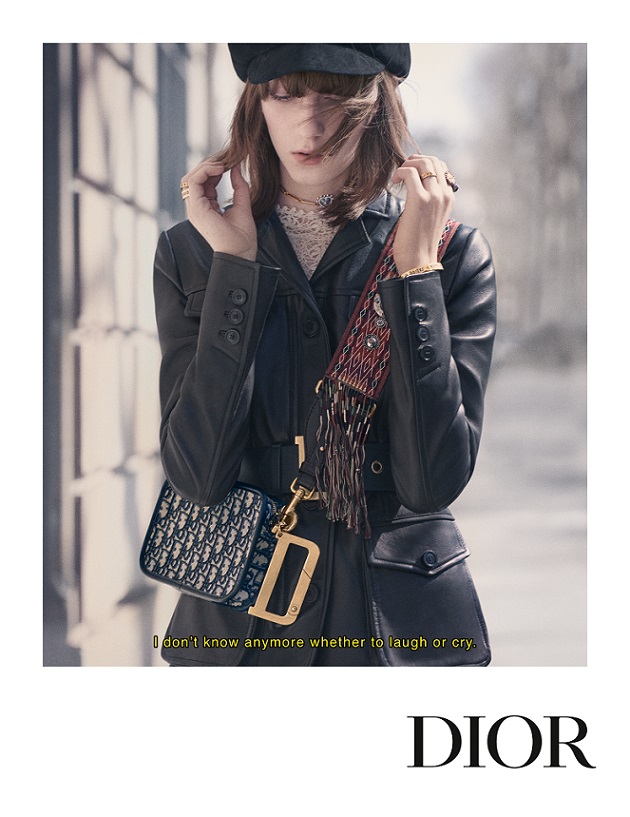 Dior and the French new wave:


This new campaign is an opportunity to celebrate the affinities between the house and this protest movement led by fiery critics turned filmmakers. In 1950, Jean-Pierre Melville, a director who prefigured the french new wave, called on Christian Dior for his movie Les Enfants Terribles. The dressing gown he designed would become inseparable from the character of Elisabeth. Ten years later, the boutique at 30 avenue Montaigne appeared in breathless, a powerful statement of cinematic artistry by Godard whose output and influence would profoundly shake up the codes of film and fashion. 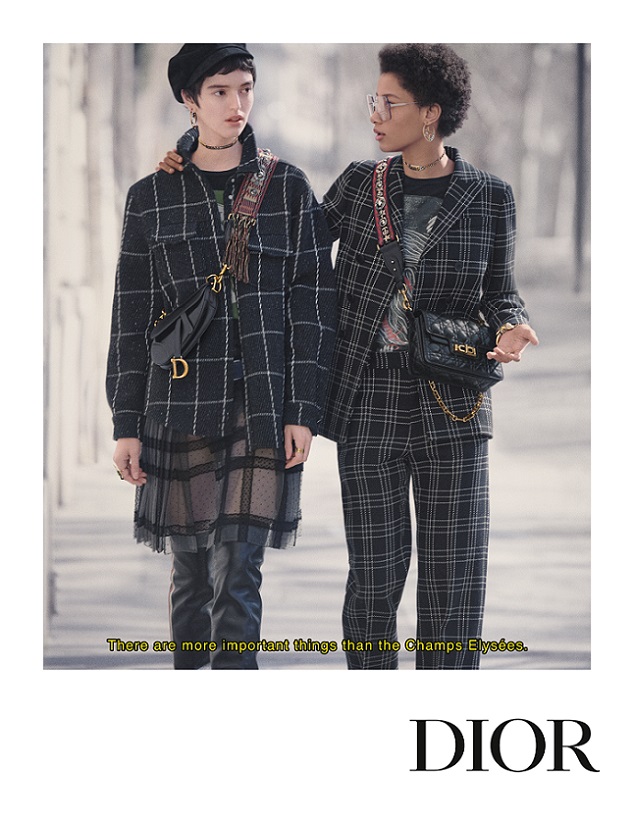