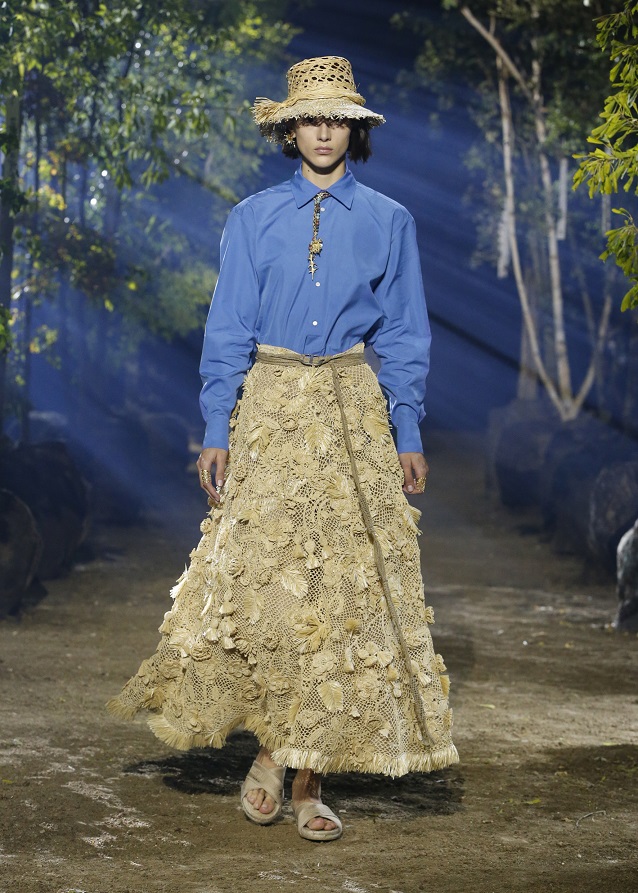 DIOR SS2020 ready-to-wear collection, Maria Grazia Chiuri drew inspiration from archival photographs of Catherine Dior – Christian Dior’s sister – showing her surrounded by flowers in her garden, her passion. An essential protagonist in Dior’s history, she was a courageous heroine of unique determination and force of character: she embodied Miss Dior. Not only was that her nickname, the House’s first, now-iconic
perfume was so named in her honor. 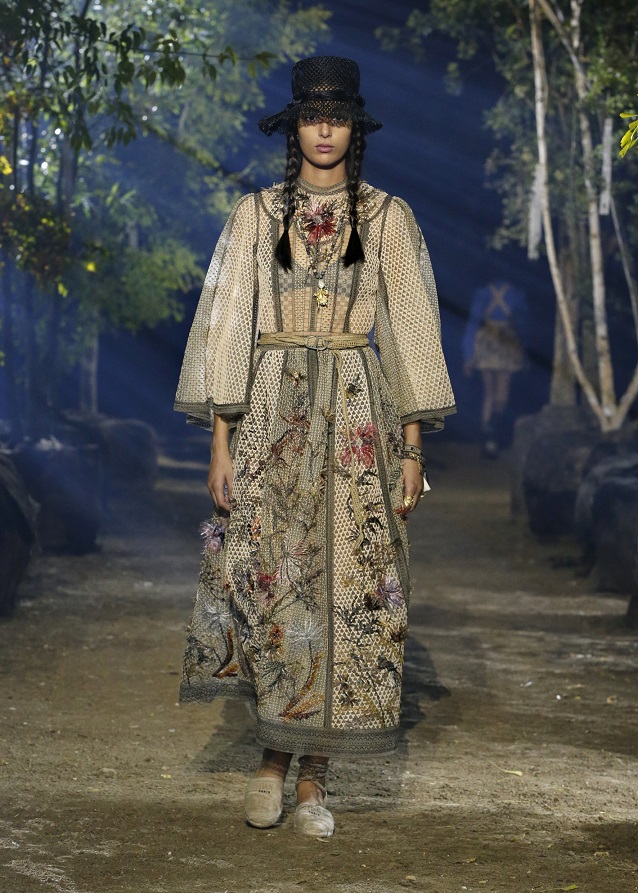 Catherine tended the Dior family’s gardens. She was a gardener in the most complete and profound sense of the term - a woman who cultivated freedom and independence, acting in harmony with nature and the cycle of the seasons. 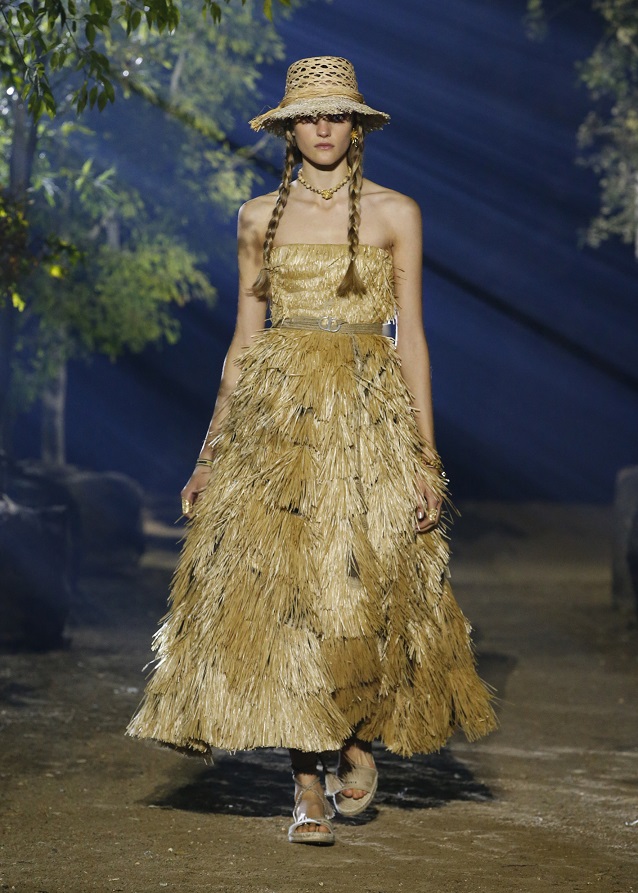 This new collection evokes through its motifs and embroideries, through shine and the texture of raffia – a vision of luxuriant vegetation, presented in the manner of herbaria, living catalogues and the memory of botanical species. 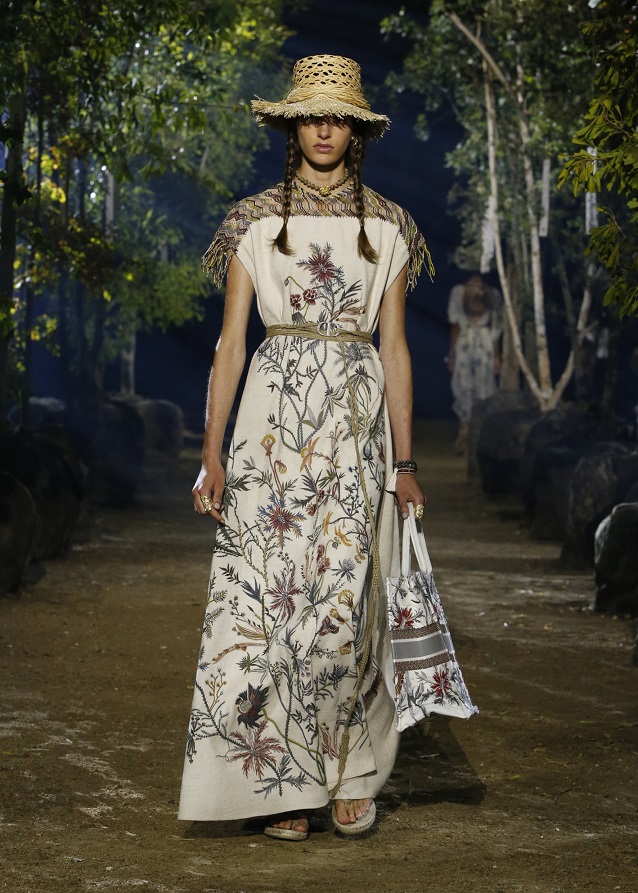 For Maria Grazia Chiuri, these creations have little to do with nostalgia or the revival of a decorative tradition. Rather, they raise questions, like at the beginning of a long journey, about what caring for plants and flowers means today. 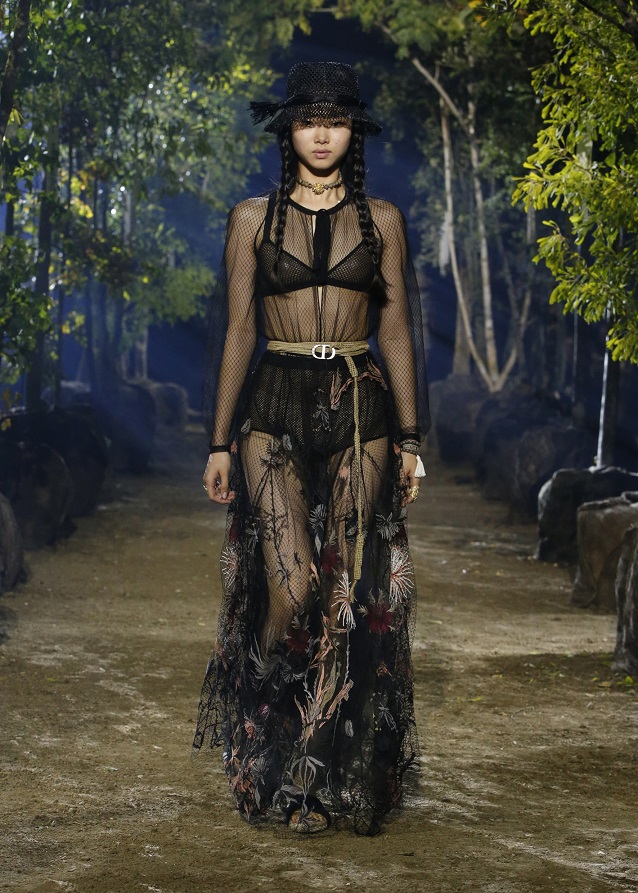 Though we are living in the Anthropocene era in which man rules the planet is it still possible to re-establish the balance of this relationship? Such questioning gives rise to concrete utopias, like that of Monte Verità, a community based on avant-garde ideas that was founded in Switzerland in the early 20th century, that has been a constant source of inspiration for all manner of artists ever since. 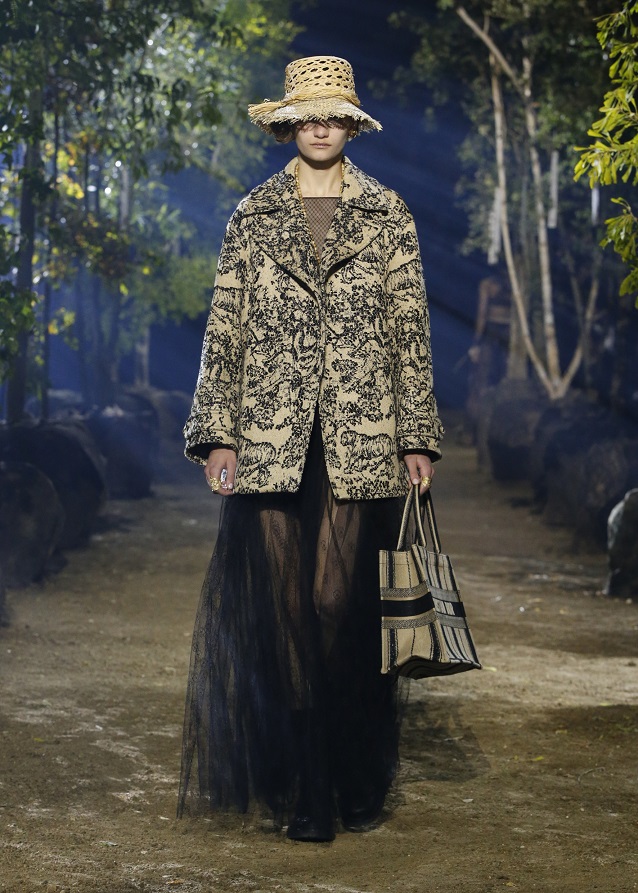 The aura of this singular place, built in the heart of nature, illuminates a series of dresses awash in color, from yellow to red. Conscious of the visibility and responsibility her role as Creative Director entails, Maria Grazia Chiuri wished to create an “inclusive garden”, a place of co-existence and diversity in which every gesture counts. 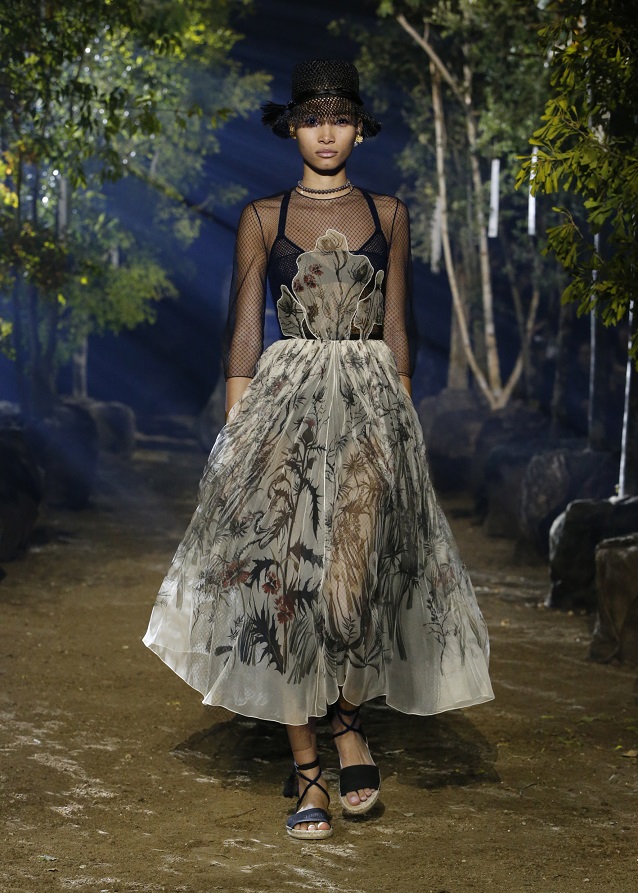 The scenography for the show was designed in collaboration with Coloco, an atelier committed to the collective art of cultivating gardens as a driver of urban inclusiveness. These landscape artists conceived the show like a moment suspended in time, where plants of diverse origins temporarily come together. The trees that appeared at the Paris-Longchamp hippodrome for the duration of this show will continue their journey, joining several long-term projects so that this pluralistic garden’s life may endure. 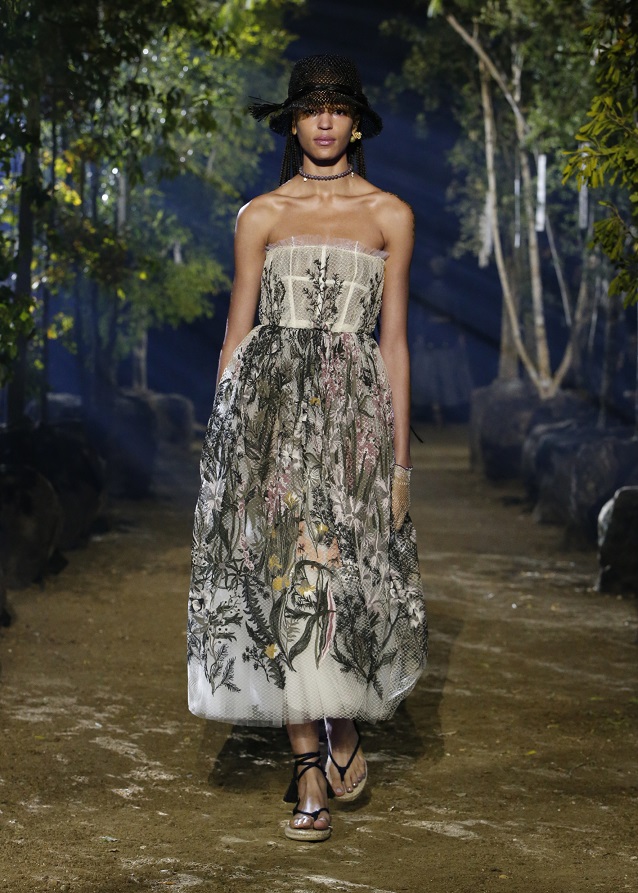 More than a décor, this ephemeral landscaping concept introduces the creation and reinforcement of wooded areas rich in a diversity of plant species, a symbol signifying that everyone can contribute to the cultivation and preservation of nature’s beauty - and our future. 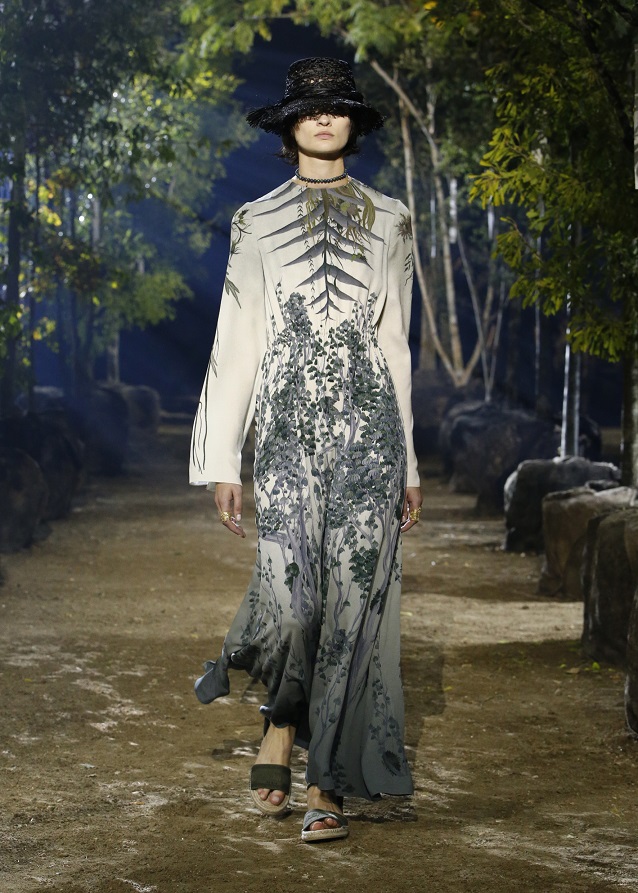 As imagined by Maria Grazia Chiuri, the woman gardener observes the infinite and ongoing project that every parcel of land represents, however small or vast it may be. At once delicate and determined, this creative terrain is the expression of mindfulness and caring. 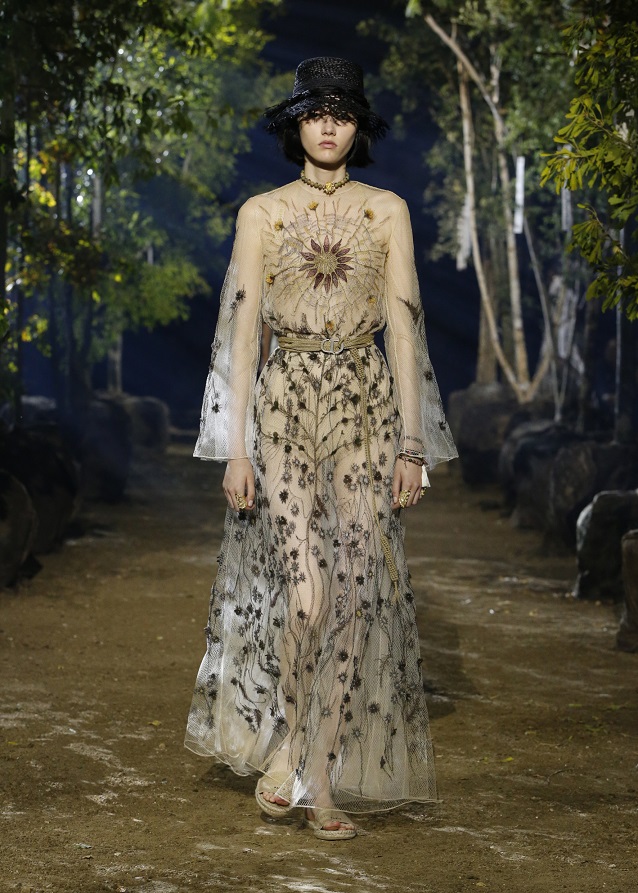