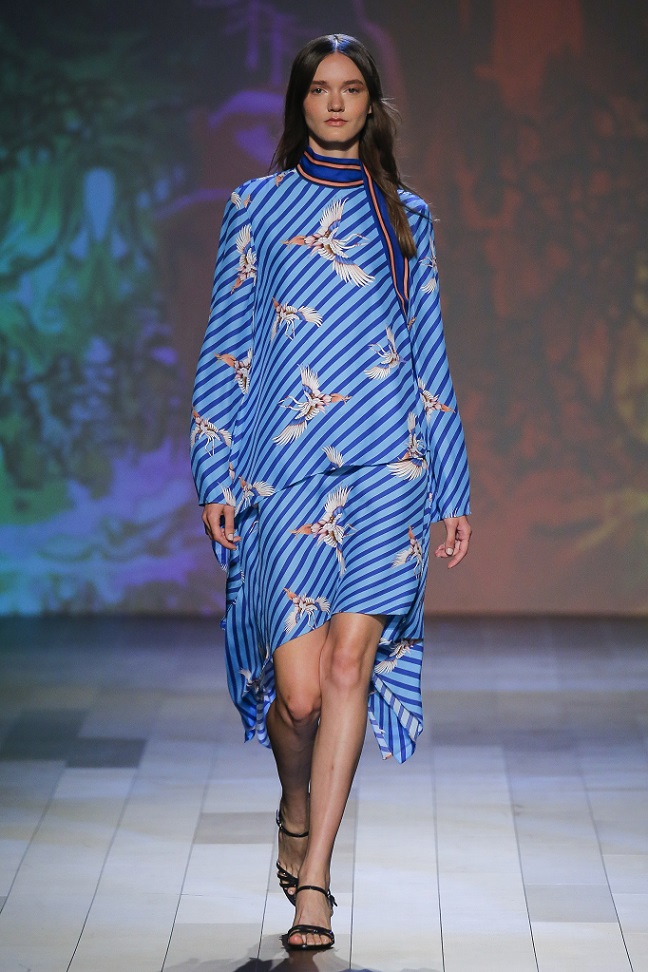 Vivienne Tam presented her SS2018 collection inspired by the action-adventure film, Monster Hunt and its sequel, Monster Hunt 2. It reflects the mountains and river landscapes depicted in the film and features its main character, Wuba. 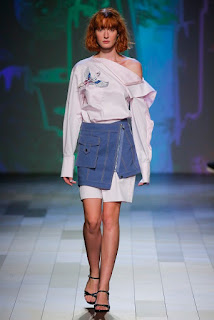 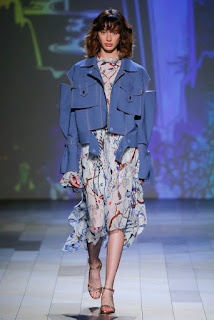 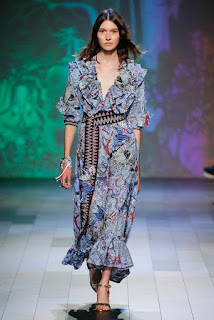 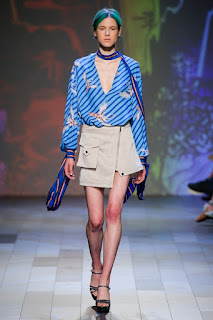 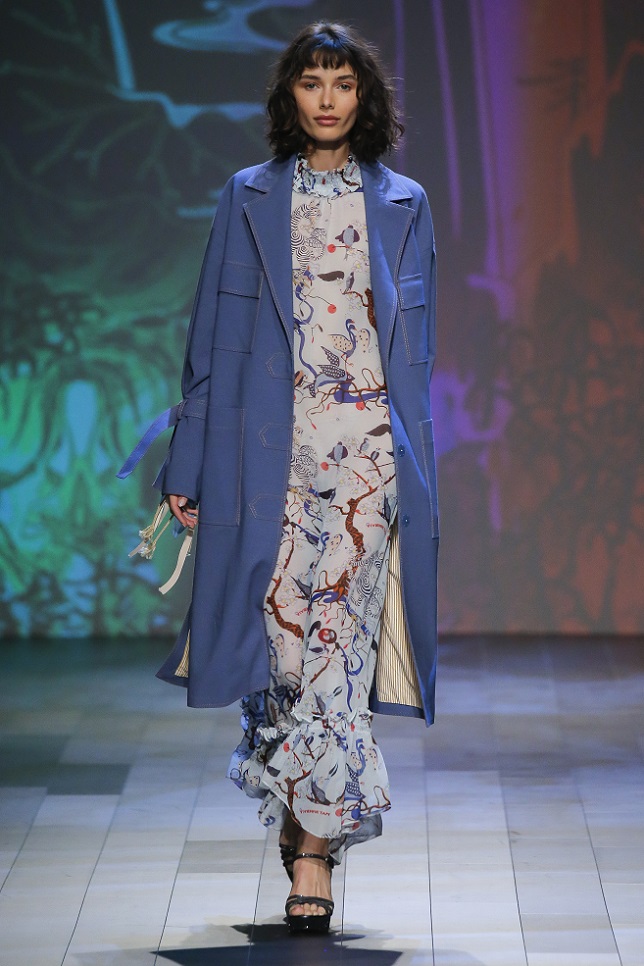 Signature mesh overlays and hand-crafted embroideries depict Wuba and other mystical creatures such as the double headed crane and fabled nine tailed fox in a magical dreamland where imagination makes all possible. Silhouettes are airy, relaxed and comfortable but are given shape by sash belts at the waist and sleeves and artful gathers. 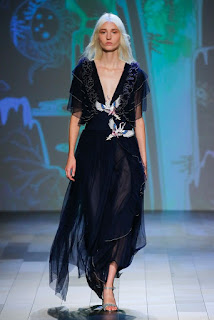 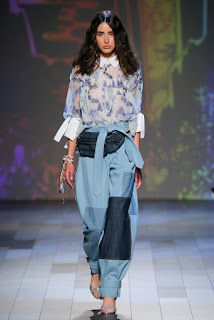 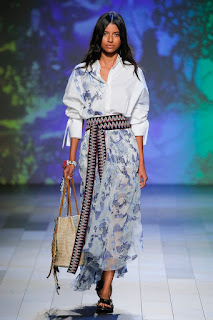 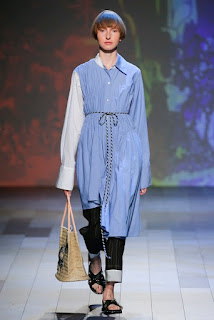 East meets West and Yin meets Yang - with a nod to the masculine in boxy, oversized coats and dusters with a Daoist influence to feminine, ruffled dresses with asymmetric hems and ruched blouses with a romantic flair. The collection speaks to a playful journey of the mind, from fantasy to modern, urban chic. 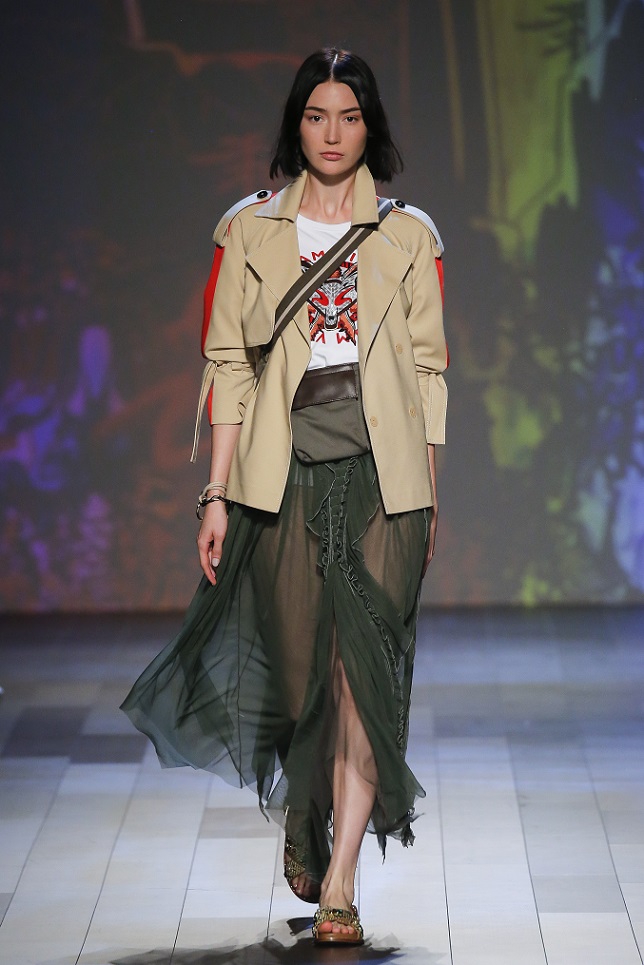 Produced by Bill Kong and directed by Raman Hui, the popular adventure-action film series, Monster Hunt and the Monster Hunt 2, have inspired Tam to create a collection that is visually compelling and underscores the values of tolerance, co-existence, family, friendship, love and hope as denoted in the film, by the unlikely alliance between humans and "monsters". 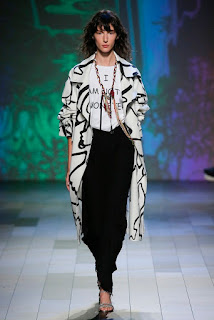 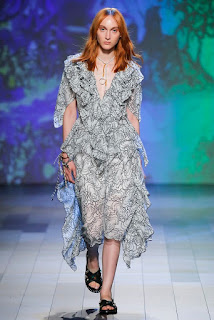 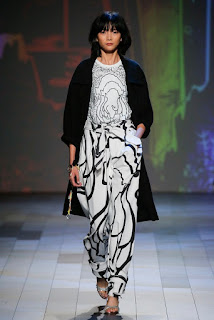 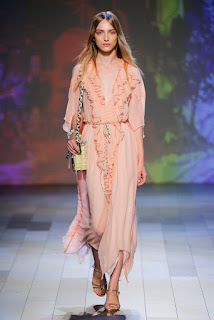 The collection was unveiled today in Skylight Clarkson Sq during the Vivienne Tam SS2018 runway fashion show, causing an exciting stir at the finale, when Wuba walked the runway with Vivienne Tam, preparing him to step onto the international stage as Monster Hunt 2 was simultaneously released worldwide by Sony Pictures in major Asian territories and Lionsgate in North America and the United Kingdom. 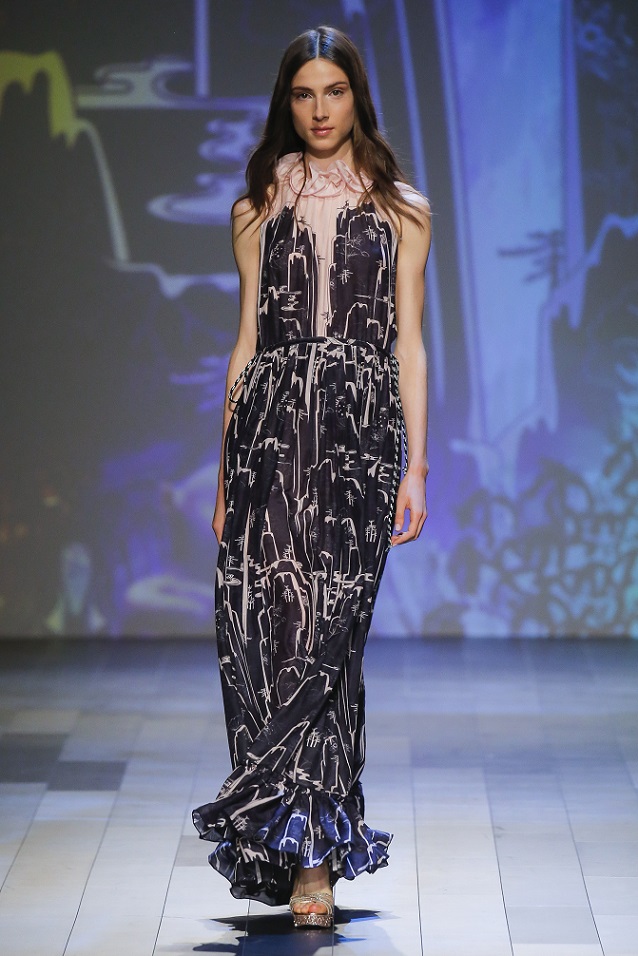 Posted by mylifestylenews at 12:39 AM