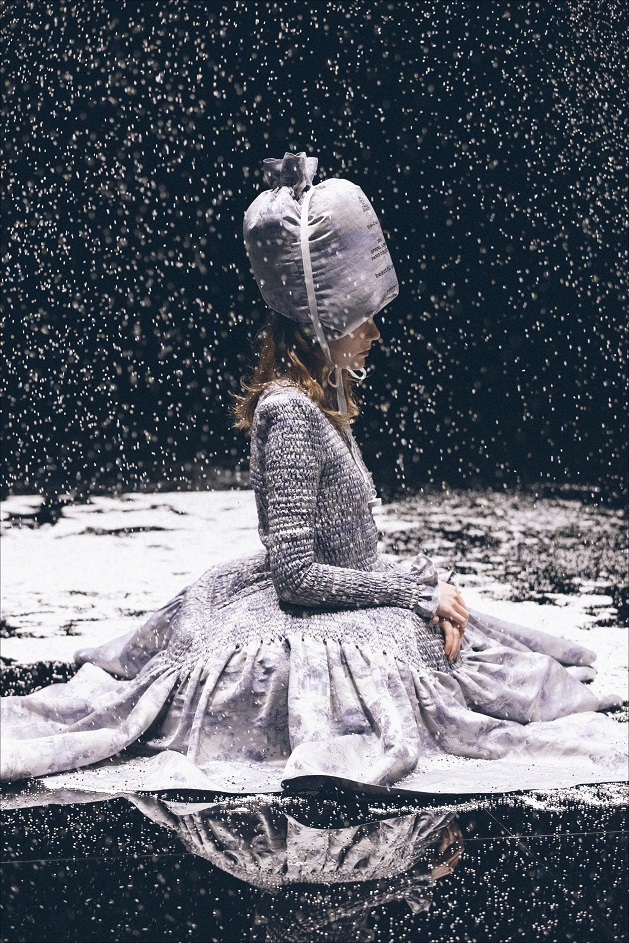 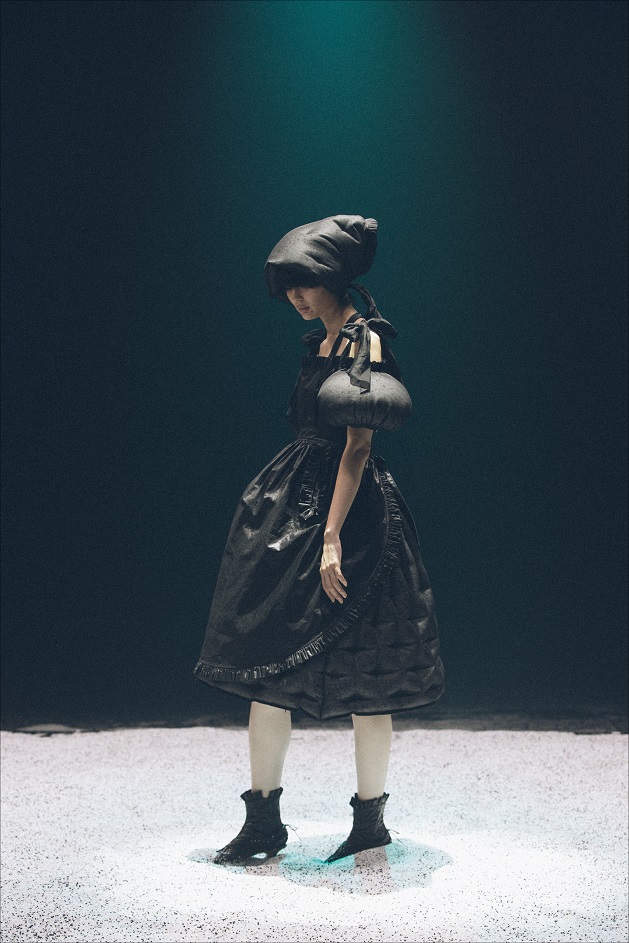 The situation the world lives is discumbulating. Like pieces in a museum, we have been stuck inside our homes, unable to move yet endlessly moved by storms of emotions. What if the clothing becomes our habitat? What if what we wear entices motion and emotions, elating the spirit while suggesting a reassuring cozyness, the pleasurable comfort of staying inside? 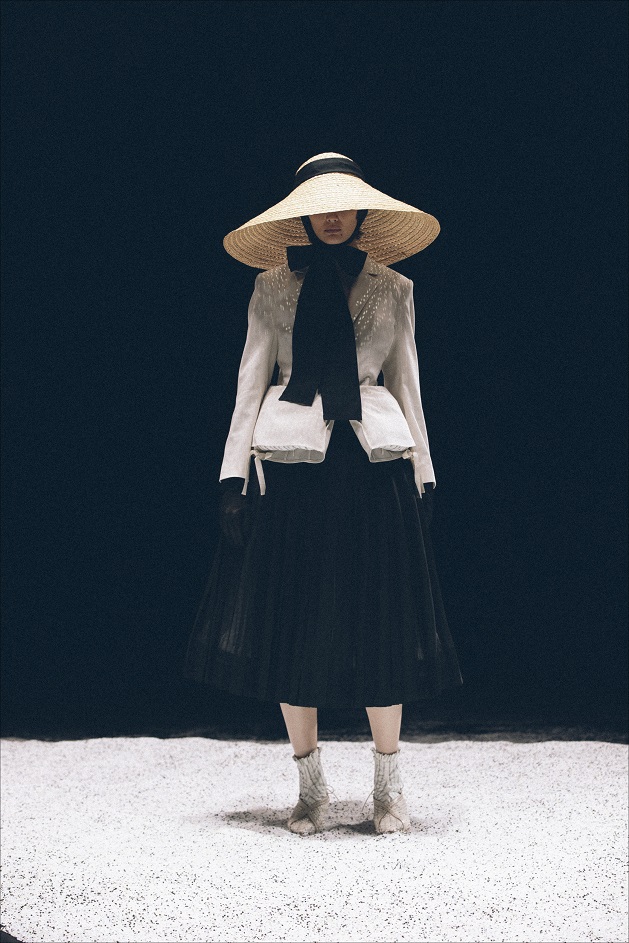 Side C, the transformative look at classics that focuses on the layers and the in-betweens of clothing, finds another dimension: a flowing, dynamic one. 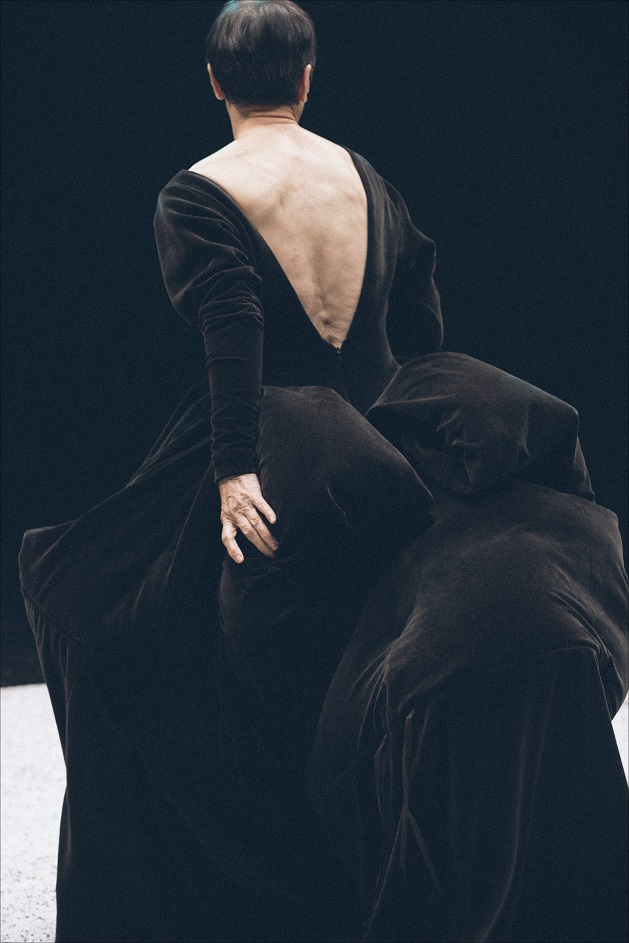 By creating an interconnecting system of pockets inside the garments, and filling them with small beads, movable silhouettes are created. The beads flow as the body moves, sits or stands, allowing for endless reconfigurations. 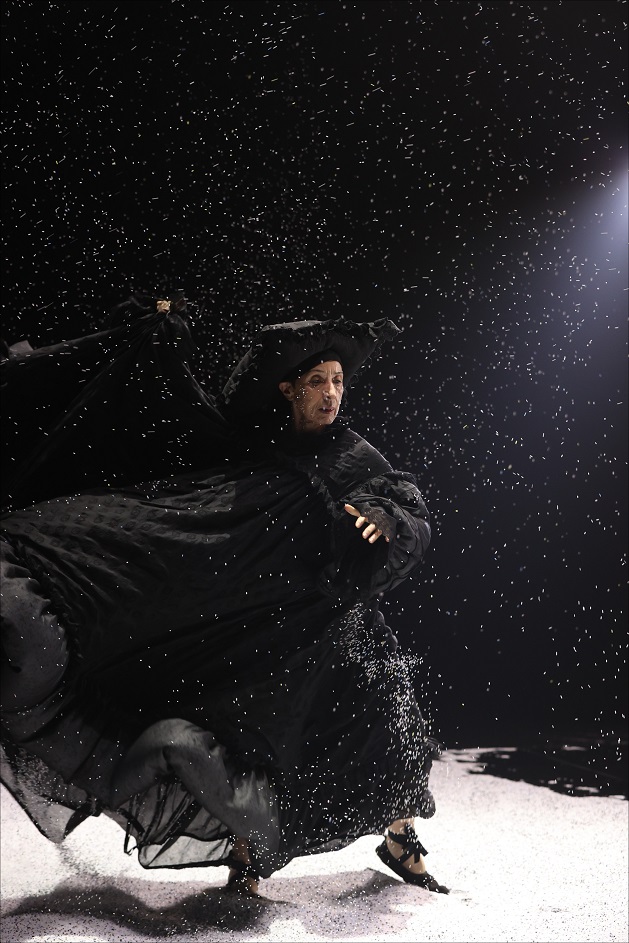 A skirt turns into a couch, a dress into an armchair, only to revert back to what it was. The bustle-like shapes - an homage to the New Look as a signifier of optimism and rebirth - keep an appearance of sculptural poise that is fluidly and endlessly dematerialized in the use. 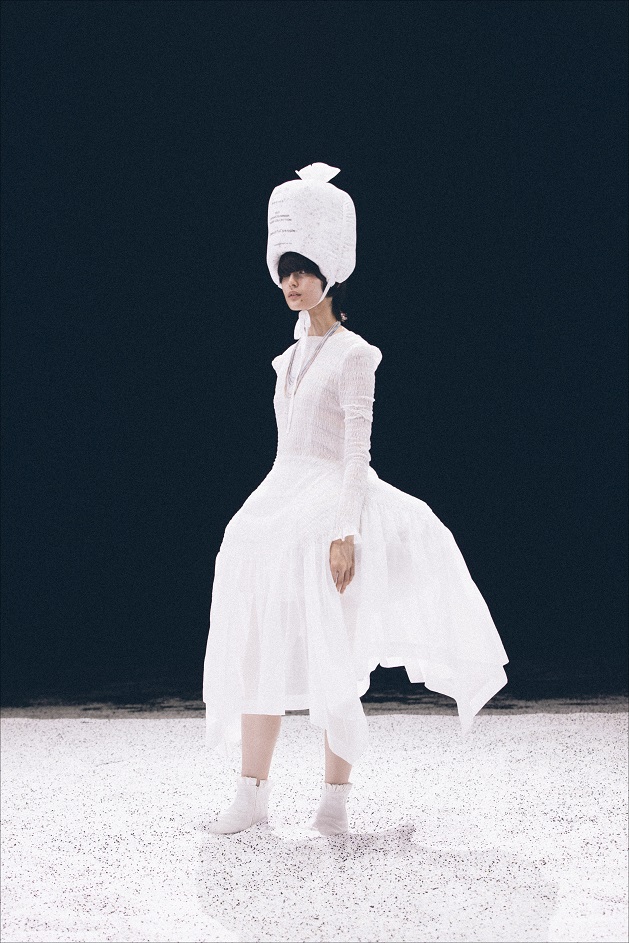 Silhouettes that might belong to history and as such to the cases of a museum are brought back to life, moved by the motion of the little beads. 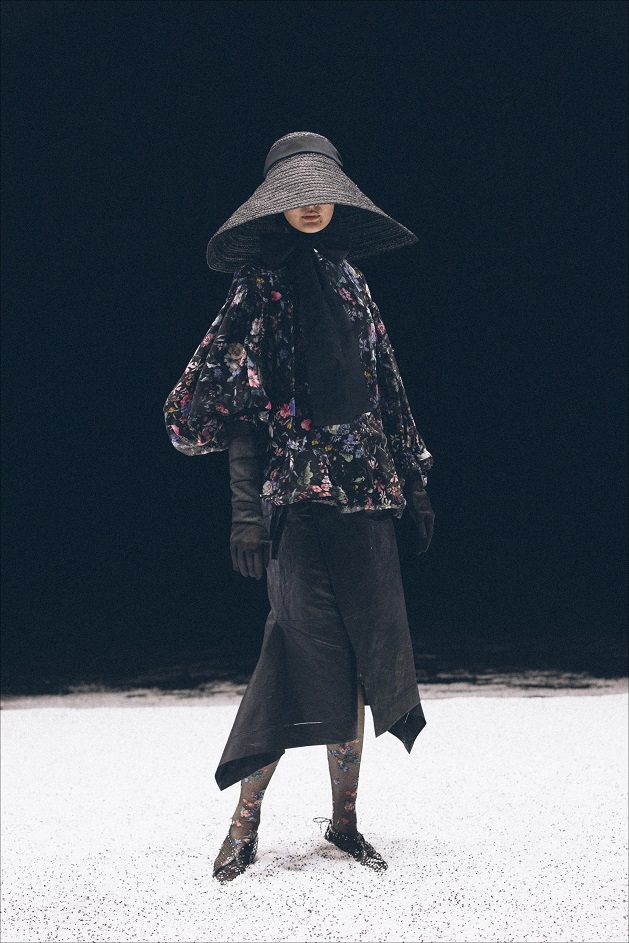 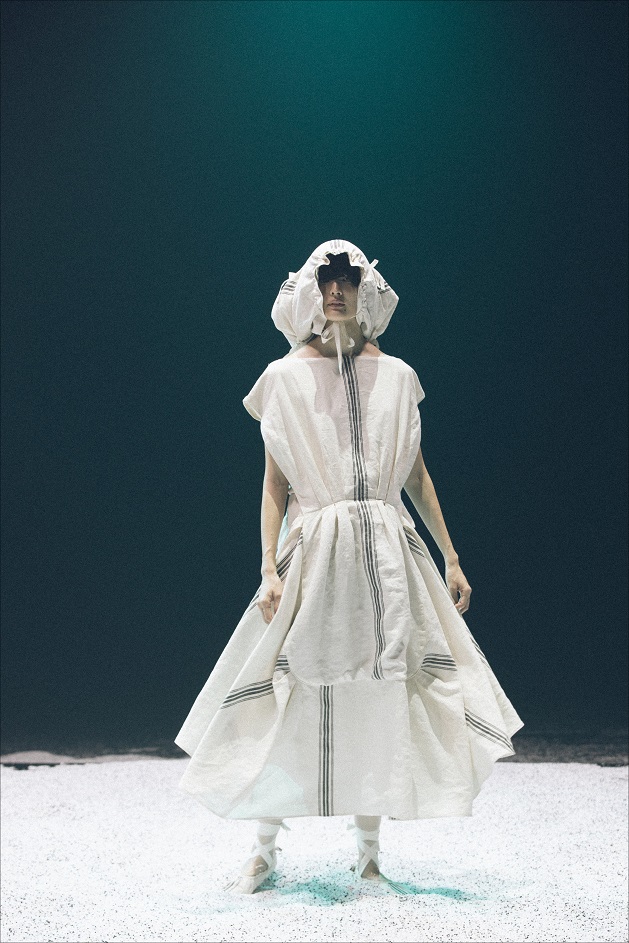 Domesticity is in the details: in the hats shaped like pillows; in the bed linens, cushions, tablecloth inspiring the choice of fabrics; in the striped patterns and the toile de jouy. 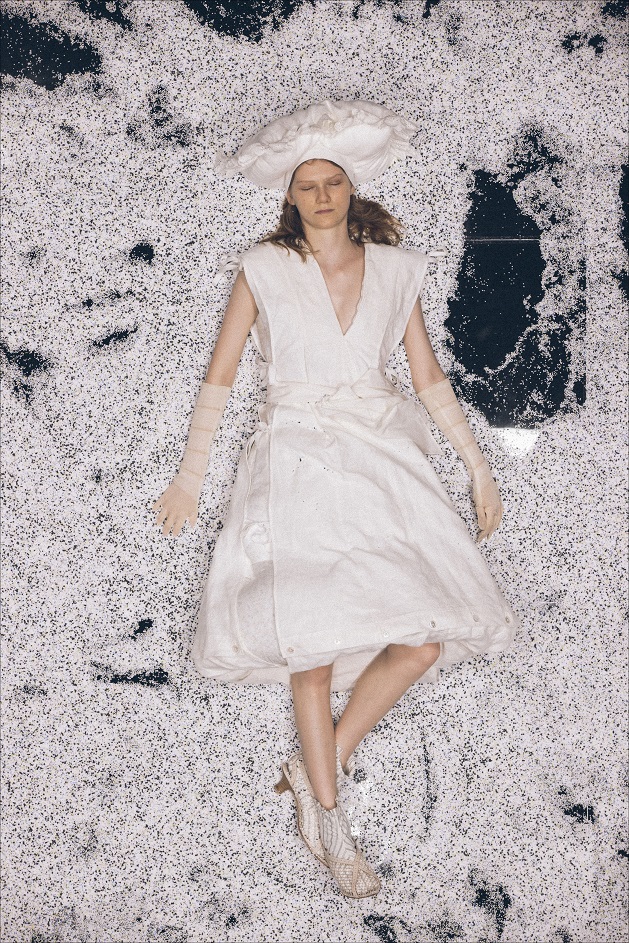 The message is one of optimism. In the accompanying movie, beads flow everywhere, mixed in color as to represent the spread of malaise, only to finally glow in pure white as a symbol of hope, joy and restart. Just like waking up in broad light after a bad dream, going out in a nightgown. 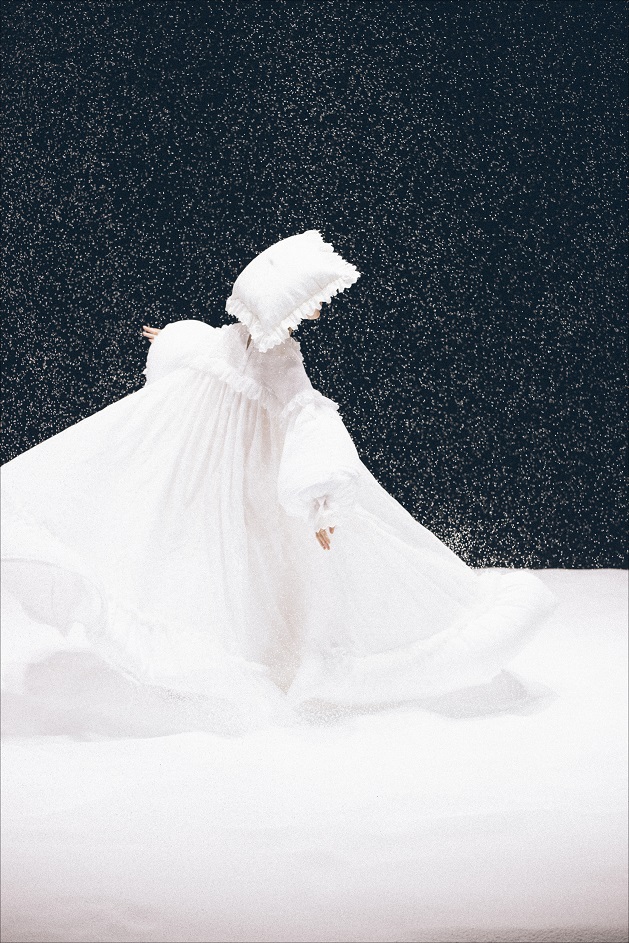