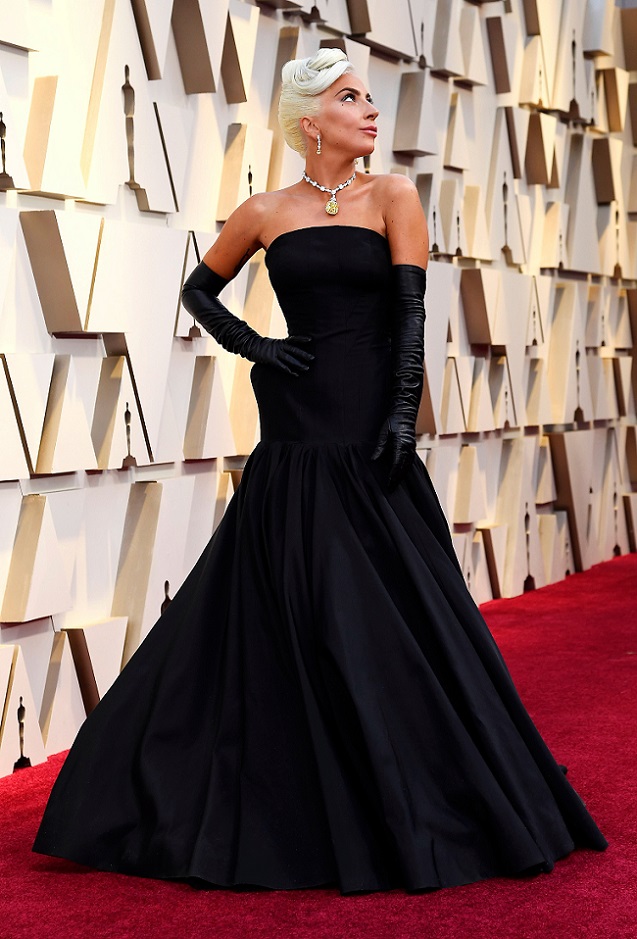 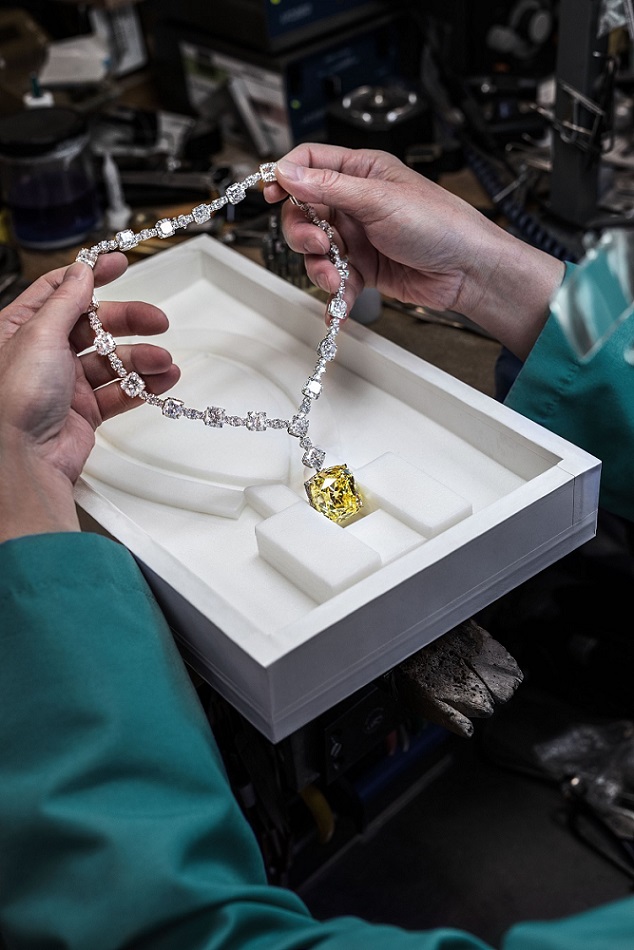 One of the largest and finest Fancy Yellow diamonds in the world, the Tiffany Diamond has become a symbol of the highest standards of quality and craftsmanship established with the founding of Tiffany & Co. over eight generations ago. Discovered in the Kimberley diamond mine in South Africa in 1877, the 287.42-carat stone was purchased the next year by founder Charles Lewis Tiffany for $18,000. The stone’s acquisition solidified Mr. Tiffany’s reputation as the “King of Diamonds” and made his enterprise the world’s diamond authority. The rough stone was brought to Paris, where Tiffany’s chief gemologist, Dr. George Frederick Kunz, supervised the cutting of the diamond into a modified cushion-cut brilliant weighing 128.54 carats with an unprecedented 82 facets - 24 more facets than the traditional 58-facet brilliant cut. The stone is just over an inch wide and seven-eighths of an inch from top to bottom. Cut to enhance its beauty and radiant color rather than size, the diamond sparkles as if lit by an inner flame.

The Tiffany Diamond was the highlight of the jeweler’s award-winning exhibits at the great world’s fairs, including the 1893 World’s Colombian Exposition in Chicago; the 1901 Pan-American Exposition in Buffalo, New York; the 1933–34 Century of Progress in Chicago; and the 1939–40 World’s Fair in New York City. Later appearances included De Beers’ 100th anniversary celebration in Kimberley, South Africa in 1971; the re-opening of Tiffany’s stores in London in 1986 and Tokyo in 1996; and the 2006 Bejewelled by Tiffany exhibition at Somerset House in London.

The Tiffany Diamond has appeared in the windows of the Fifth Avenue flagship store on three occasions. Tiffany’s renowned window designer Gene Moore placed the diamond in the hands of a floating gold wire angel for a 1955 holiday display. Passersby were amazed to see that the diamond was clearly visible from across the street. Many people have asked if the Tiffany Diamond is for sale. Indeed, it once was. Tiffany’s November 17, 1972 advertisement in The New York Times wittily announced the un-set stone could be purchased for $5,000,000. The offer, however, was good for 24 hours and whether for reasons of thrift or disbelief, there were no buyers. Only two women have ever worn the Tiffany Diamond. Mrs. Mary Whitehouse wore a lavish necklace set with the diamond for the 1957 Tiffany Ball in Newport, Rhode Island; and Audrey Hepburn wore a Jean Schlumberger necklace of diamond ribbons surrounding the diamond in publicity photographs for the 1961 film Breakfast at Tiffany’s. Schlumberger also designed the now famous Bird on a Rock setting in which the diamond was mounted for the 1995 Schlumberger retrospective at the Musée des Arts Décoratifs in Paris.

For Tiffany’s 175th anniversary in 2012, this priceless gem was reset in a magnificent necklace of dazzling white diamonds, totaling over 100 carats. The necklace was a year in the making, and became the centerpiece of anniversary celebrations in Tokyo, Beijing, Dubai and New York City. Returning to its permanent place of honor on the main floor of Tiffany’s Fifth Avenue store, the necklace ushered the Tiffany Diamond into a brilliant new era, with utmost respect for the stone and its great legacy.

Posted by mylifestylenews at 12:00 PM