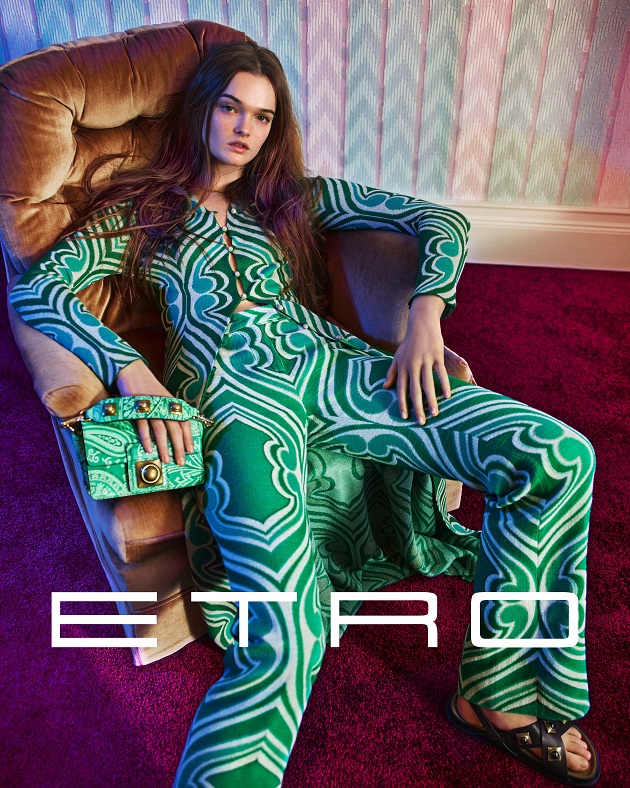 Freedom is living according to personal parameters, better if shared with kindred spirits. Freedom is enjoying the moment, lightheartedly. 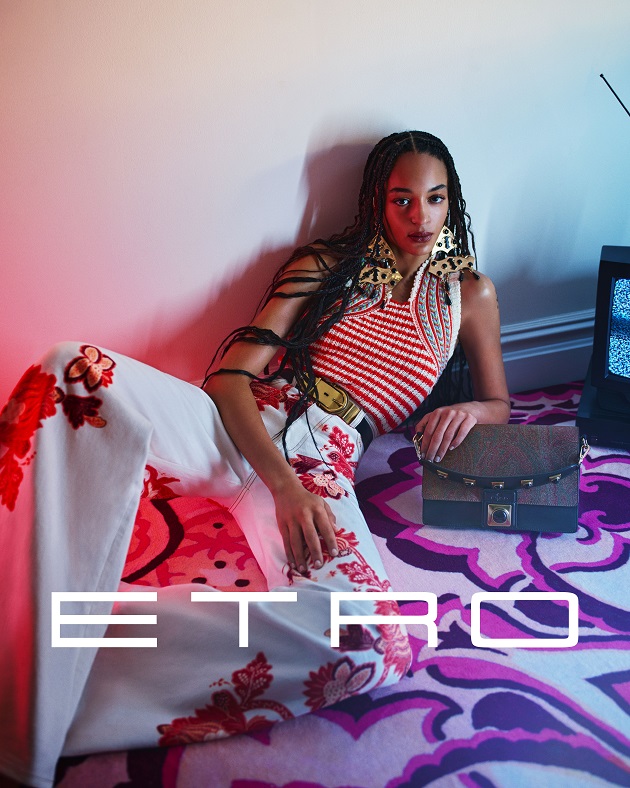 Empire of Freedom is the title of the new ETRO advertising campaign, shot by Mario Sorrenti in a space that is both a commune, a house, and an atelier. A laboratory where we live and build, all together, a new reality, sharing passions and exploring the energy of youth. 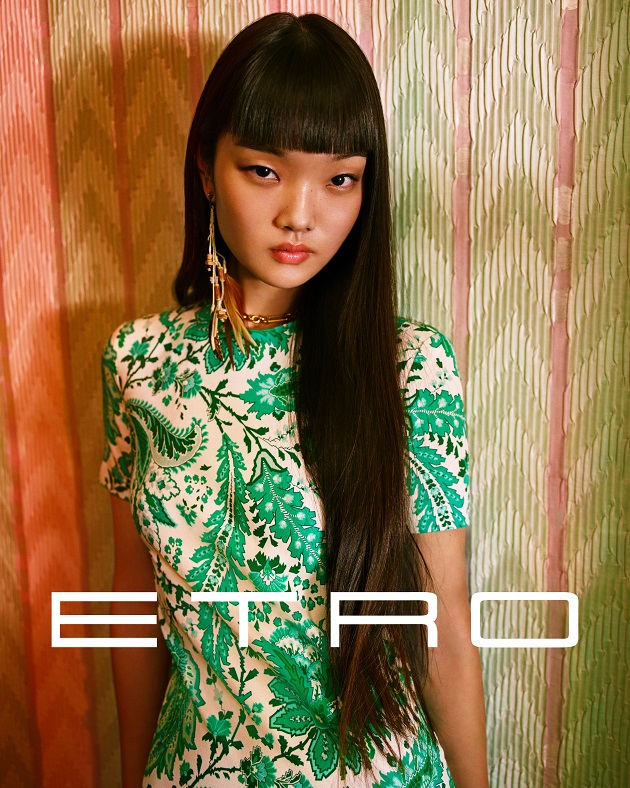 The libertarian drive, as well as the sense of family, are core values for ETRO. Family as both personal roots and as an enlarged community, made up of bonds chosen by an affinity of visions and passions. And yet ETRO is also a filter: an imaginative and freewheeling way of looking at things and people; a hedonism that bonds. 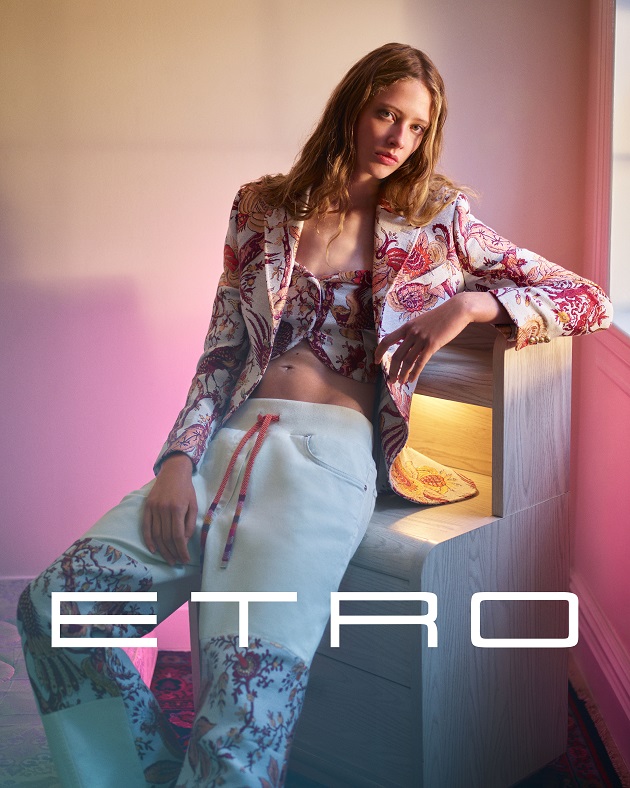 The images of the campaign portray individuals, alone and in groups, capturing the uniqueness of each one through colored, almost psychedelic, lights. The eclecticism and the multicultural spirit that define ETRO turn into an atmosphere and attitude: everyone can be as one wants to be in this space in which thoughts and fantasies come to life. 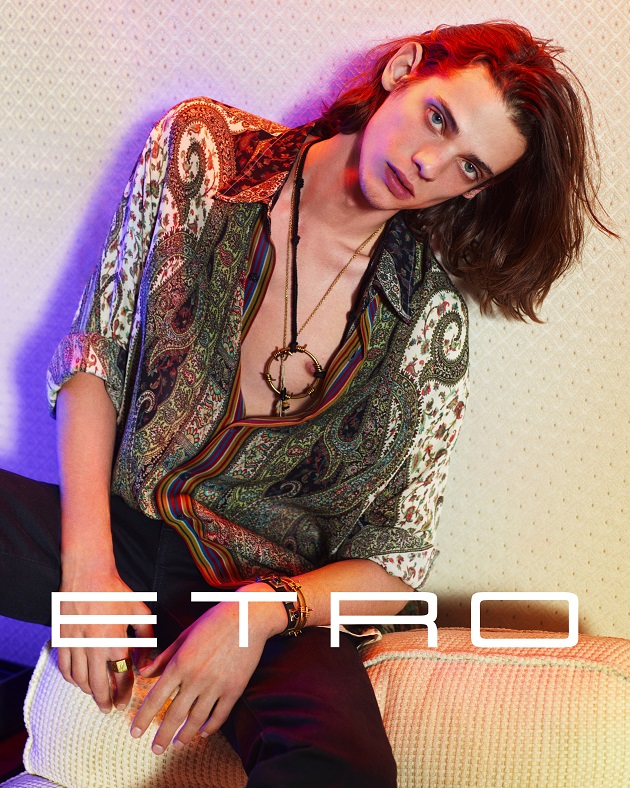 Empire of Freedom as an opportunity to reinvent, looking at the future all together with new eyes: the eyes of youth with the spontaneity of a community, following no rules and no orders. 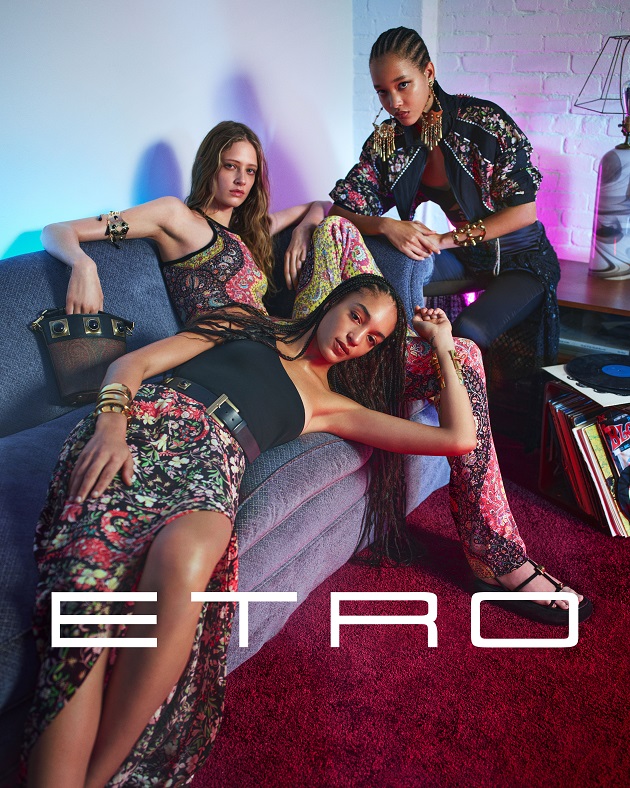