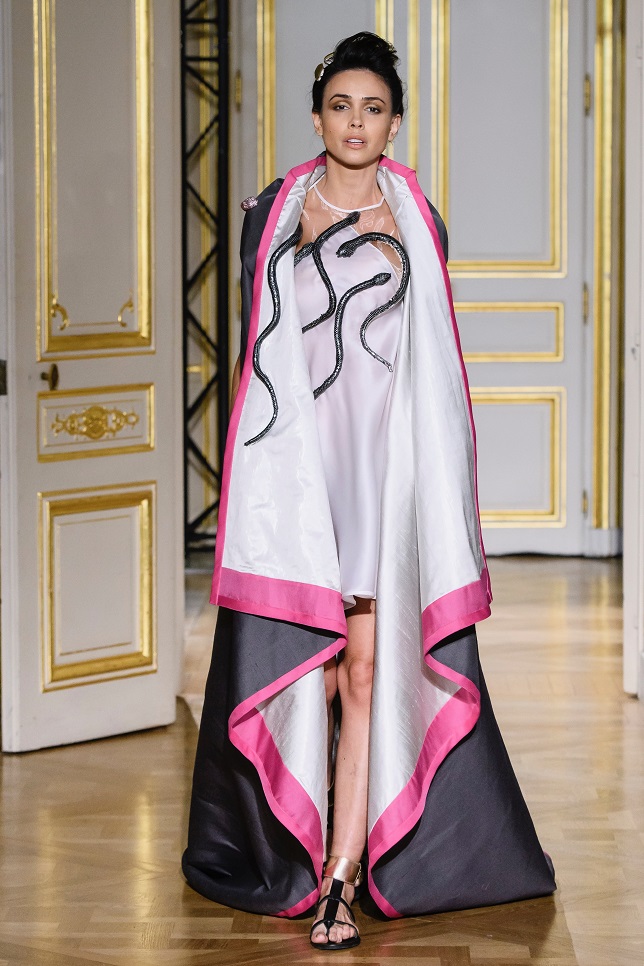 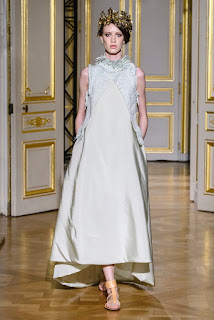 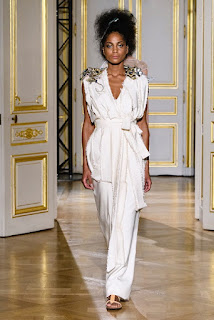 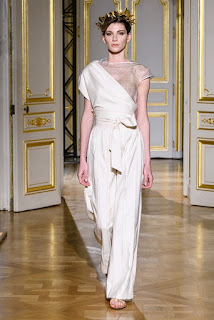 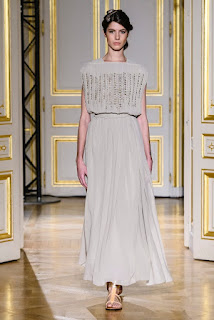 The inspiration of collection is based on the travelogue of a strong woman. It begins with the birth of Olympias in Pasaronas, an ancient city of Epirus. The domesticated snakes are made of skins, embroidered with handmade enamels or depicted on clothes with dazzled Swarovski. The sandals of the collection are traditionally handmade, manufactured by Laskaris. The emblem of Epirus, an oak, gives its green colour to mark the collection which is composed of ivory, pastel and bright green in Grecian style. 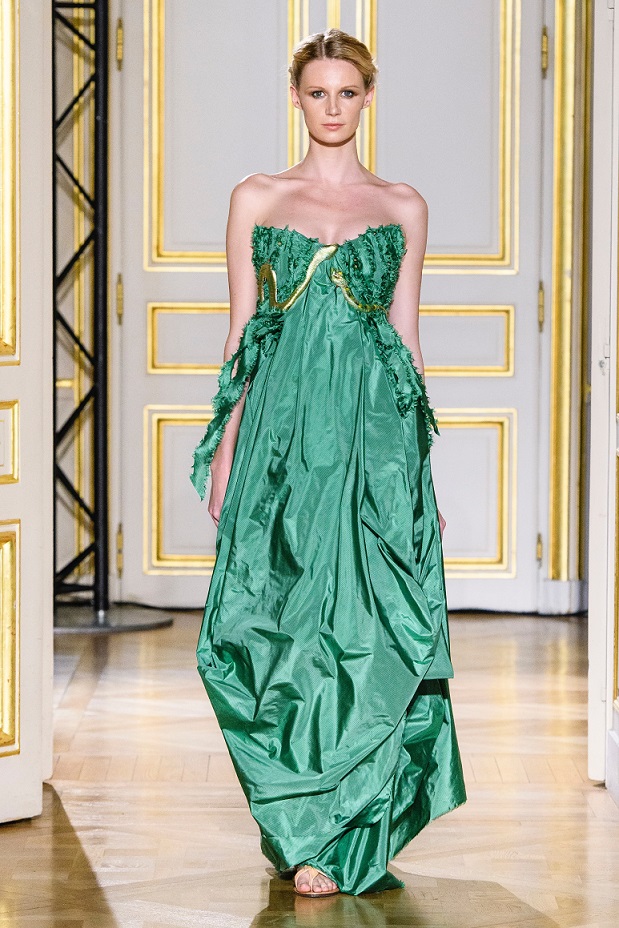 Olympias served in the Oracle of Dodoni,where had already been initiated into the bacchanalian mysteries. Thus, the entire collection is reminiscent of ancient Greek costumes of priestesses combined with pagan music from the Greek music band Daemonia Nymphe, which uses reconstructions of ancient instruments and lyrics in ancient Greek, with Bacchic ceremonies and invocations. 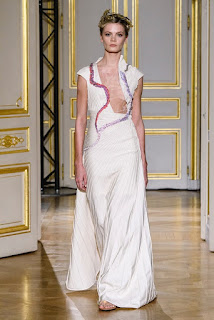 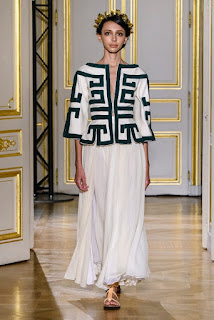 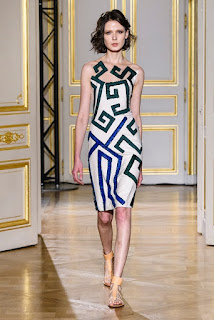 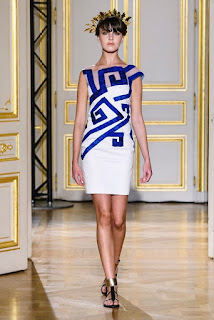 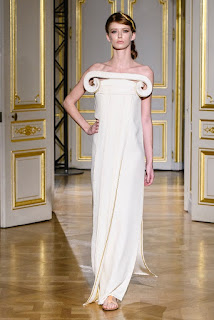 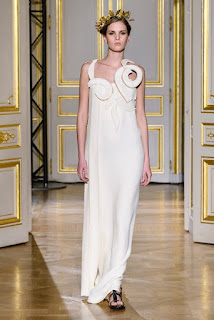 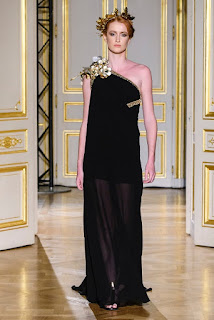 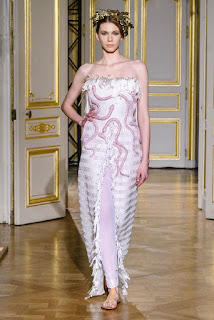 The collection is influenced by the columns of the Temple of Samothrace, where the charismatic Great Alexander was conceived, during the ritual. The clothes are crafted by handmade meanders, destructurized columns, draped worked with real stones, beams of light, nervir and copper. Olympias told  Philip II, that one night, Zeus came to her dreams in the forml of a snake and left her pregnant to Alexander the Great, which is why the Great Alexander was the son of god. Olympias then had only one mission: to make Alexander the most powerful man, as he became. 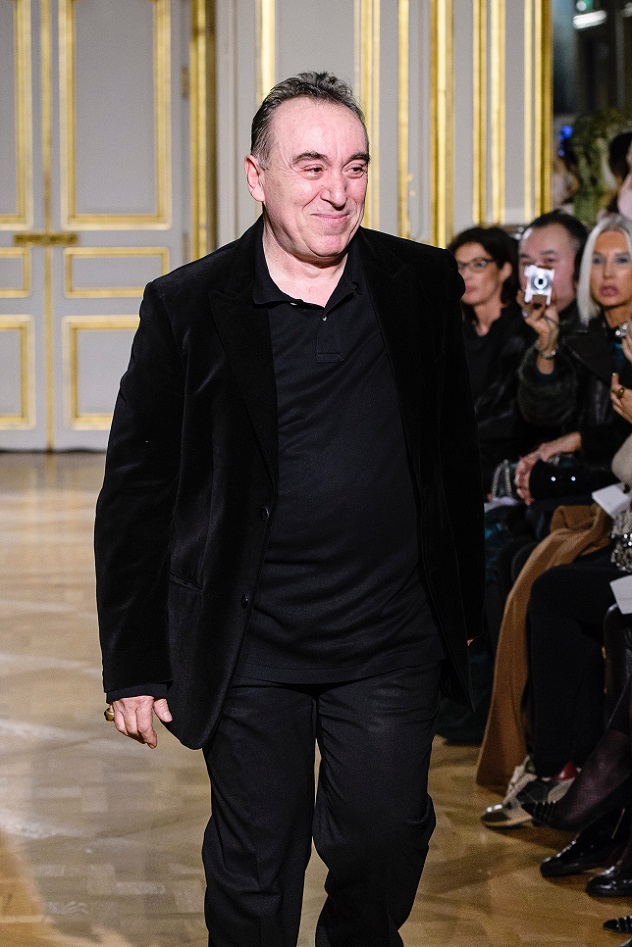 The last phase of the collection identifies Olympias as the wife of Phillip II in Pella and in Aigia – today’s Vergina - where the leather, embossed flowers in the wreaths of the collection have been influenced.  A hymn to Vergina of Macedonia, Greece.