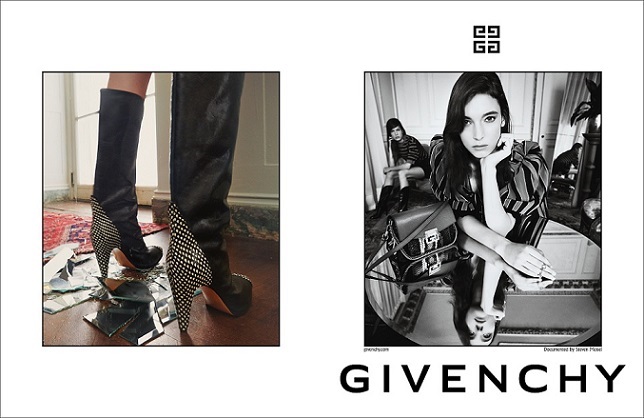 The Maison Givenchy reveals the first images from its SS2018 campaign photographed by Steven Meisel under the direction of Clare Waight Keller. In the spirit of the new attitude set forth in last fall’s Transformation Seduction campaign and in Clare Waight Keller’s runway debut for Givenchy, this advertising campaign is set in a private mansion in upstate New York. Its intimate ambiance has a Surrealistic current running through it: there’s a faintly spooky feel about the rooms where a group of young rock kids seem to be lingering on as if emerging from an all-night party. In every image, one character is shown up close while another lingers in the background. 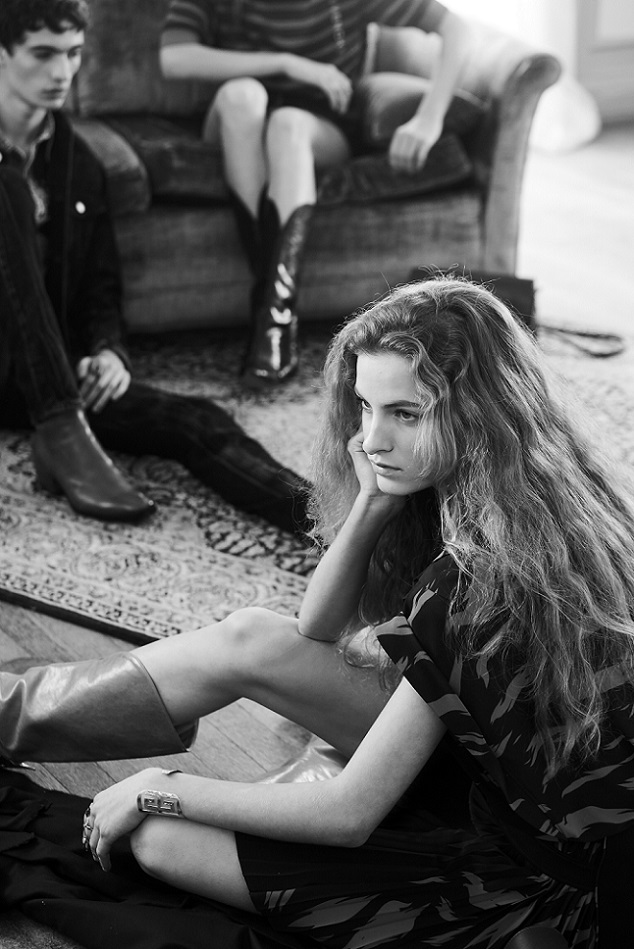 This season’s Seventies vibe comes through in black and white portraits with an offhand attitude, as if the shots were taken among friends. Captured in a relaxed stance, this group of friends is embodied by the models Ansley Gulielmi, Felice Noordhoff, Roos van Elk, Hamid Amar Khodja, Lucas Estievenart and Piero Mendez. By turns, they lean forward on a mirrored table or lounge on a sofa wearing key pieces from the Givenchy spring-summer 2018 collection. Moody yet not elitist, the images are like an invitation to hang out with the in-crowd. Said Clare Waight Keller, “I wanted the models’ attitude to be engaging so I asked them to just be themselves, as they might if they were invited to a party at a friend’s home. I think that they really capture the spirit of a generation that loves fashion, but most of all they love making it their own.” 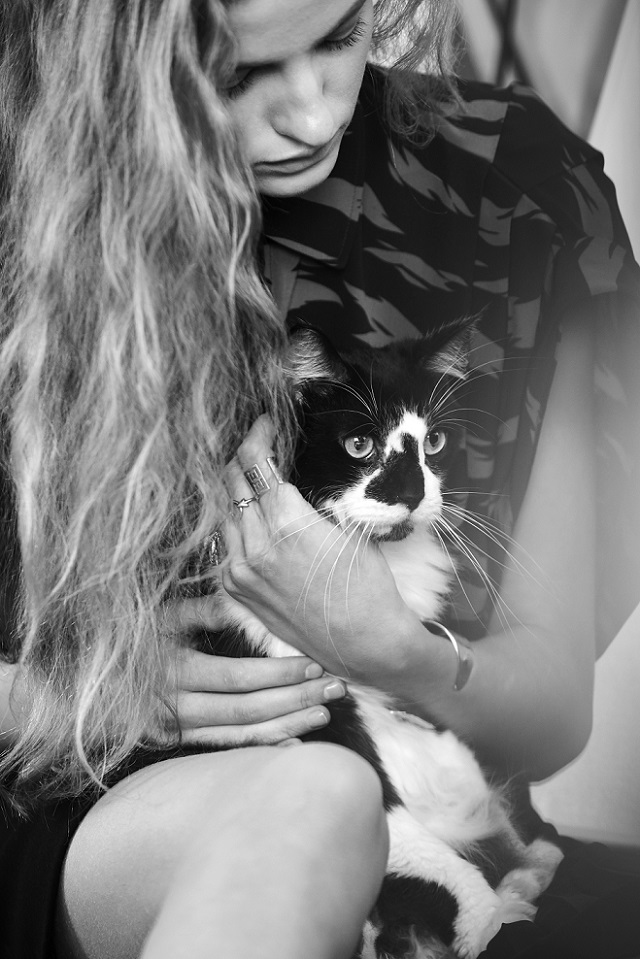 Alongside portraits in black and white, key accessories for SS2018 appear in color. Star pieces include the GV3 bag in caramel, the neo-classic Givenchy boot in cognac or black kangaroo leather with contrasting printed skin, and jewelry reprising some of Clare Waight Keller’s favorite symbols, such as an arrow, or a golden dagger. The spring eyewear collection, starring textured aviators and a mask style, lend polish to an air of studied nonchalance. 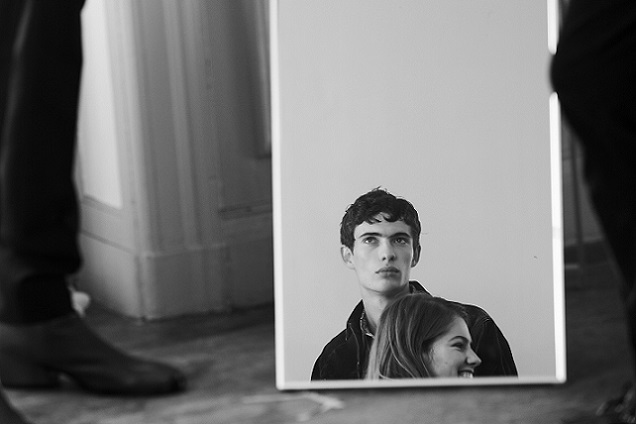