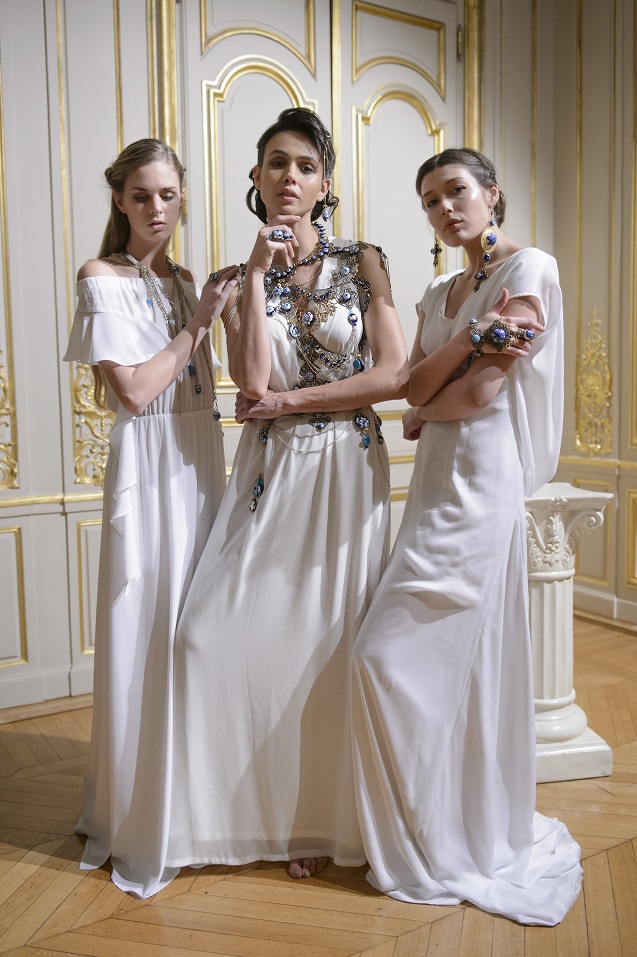 In the labyrinth of the modern world, the Master of Art, Ariane Chaumeil, follows the spiritual thread that connects her to Ariadne of the Greek legend. Thrown into the labyrinth to perish in sacrifice with 13 other young men and women, Theseus was saved by Ariane who fell in love with him, giving him the thread that allowed him to escape the Labyrinth after defeating the Minotaur. 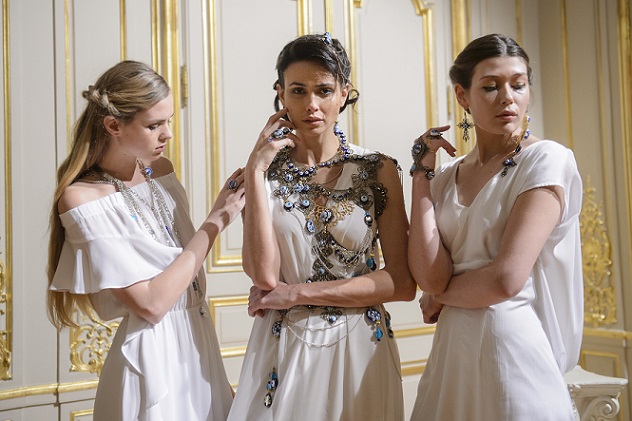 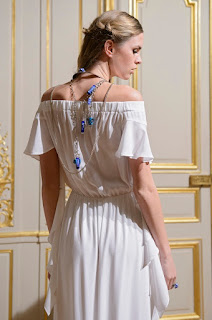 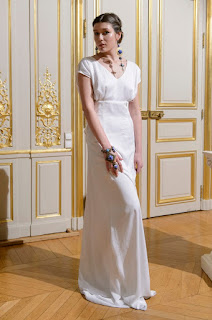 Alloys of metals (brass, fine gold), sublimate natural materials such as coral collected from authorized fishing zones in Spain, worked shells, reconstructed turquoises, red agate, leather as well as faceted crystals. Austrian beads showcase the technical work of Venetian crystal. With original patterns, as well as a precision work, including gold leaf, pure silver worked with the vaporized oxidation of silver oxide torches that are fixed in the glass. Therefore, conferring iridescent colors ranging from a pearly white, with the gold until deep blue appearing only in contact with the light. Finally a lack treatment is applied in order for the ornaments can cross the time. 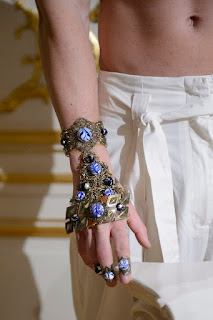 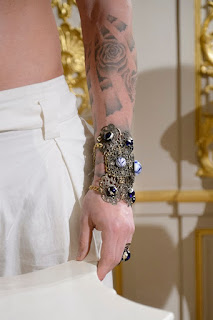 Ariane has drawn her inspiration from Greek antiquity armors such as shoulder pads and bracelets-rings... By projecting us into this fantasized past, Ariane reels the thread that connects us to the modern world, including in her timeless creations Naxos eyes with unique designs, conjuring all the bad spells, real pearls of joy. 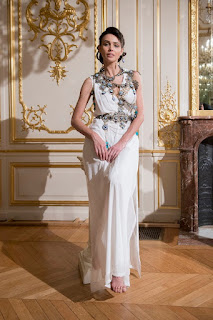 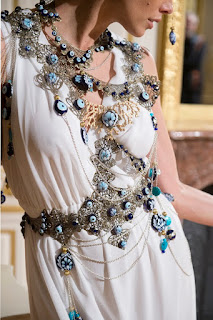 The thread has led us to happiness…