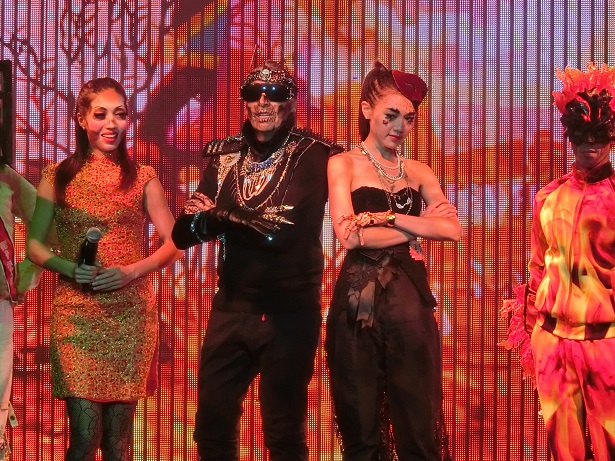 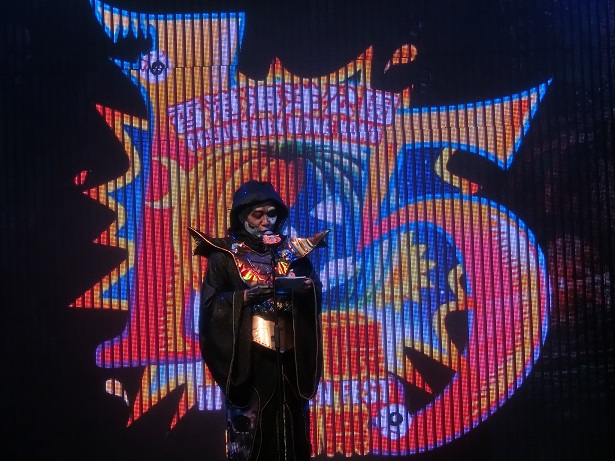 Collaborating with Popular International Drama is Testament to Stature of Halloween Fest Leo Kung, Chairman of Ocean Park, said, "Since 2001, Ocean Park’s Halloween celebration has become our signature event, making it a talk-of-the-town occasion that draws visitors from around the world every year. This 15th anniversary is an important milestone, highlighted by our collaboration with Fox International Channels to offer our guests “The Walking Dead: Survival presented by Blue Girl Beer”, which brings to life scenes from the FOX Channel’s popular international TV drama “The Walking Dead”. This collaboration further cements the stature and world-class standards of Halloween Fest.” 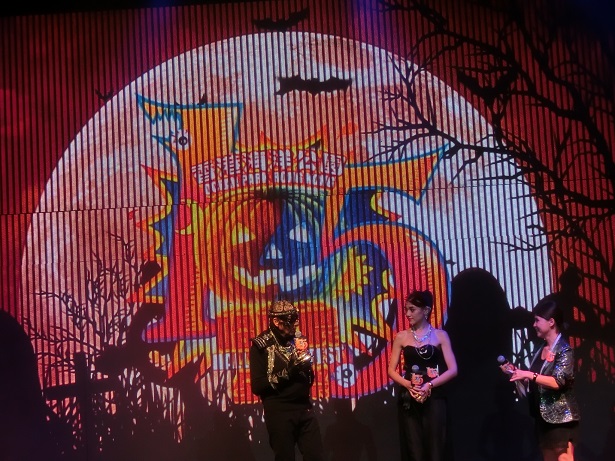 Cora Yim, SVP and Territory Head of Hong Kong, FOX International Channels Asia, said, “The last five seasons of ‘The Walking Dead’ have gripped the hearts of many Hong Kong people. Prior to the premiere of the new season of ‘The Walking Dead’ on FOX Channel on October 12, we are pleased to support Ocean Park’s idea of bringing to life the familiar scenes from the TV series during Halloween Fest , letting guests join the survivors of the apocalypse to escape from hordes of walkers. We had a great time working with Ocean Park’s professional team, whose years of experience in designing and creating haunted attractions made it possible to capture the essence of the show." 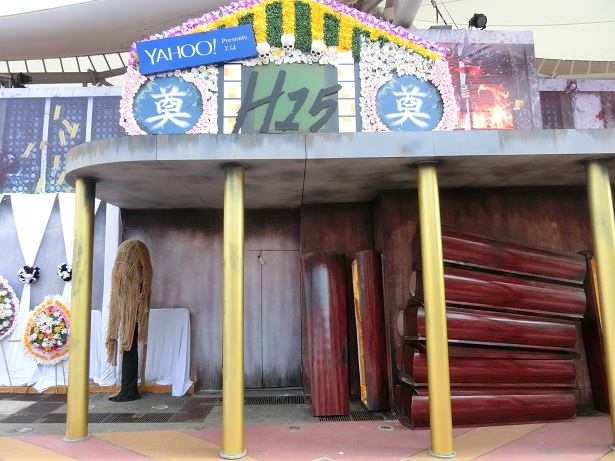 Fans of ‘The Walking Dead’ would not want to miss this!” H15 presented by Yahoo! Hong Kong, another highlight of this year’s Halloween Fest, started accepting online registration at the end of August. Since the first 3 rounds of registration were fully-booked within a short time, Ocean Park has added two rounds of registration starting at 4:30pm on 18 September and 12:00 on 25 September respectively, to allow more guests to experience the horror during the first seven days post-mortem. 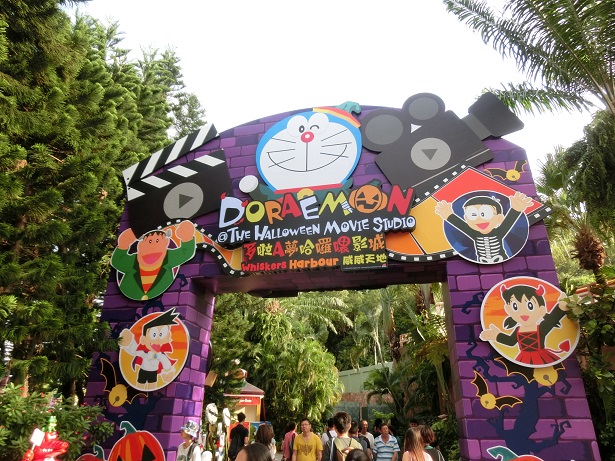 Leo Kung added, “Halloween Fest is extremely popular amongst teenagers and students, who are eager to participate in H15. To cater for their needs, we decided to set the starting time of registration on 18 September at 4:30pm so students aged 16 or above can vie to secure for a place after school.” H15 is a reservation-only limited-admission attraction and requires online registration in advance. During 10 intense minutes, participants will be escorted by a “corpse bearer” on a solo journey all the way from their own funeral, decorated with their own portrait, down to the world beyond on a mortuary bed. 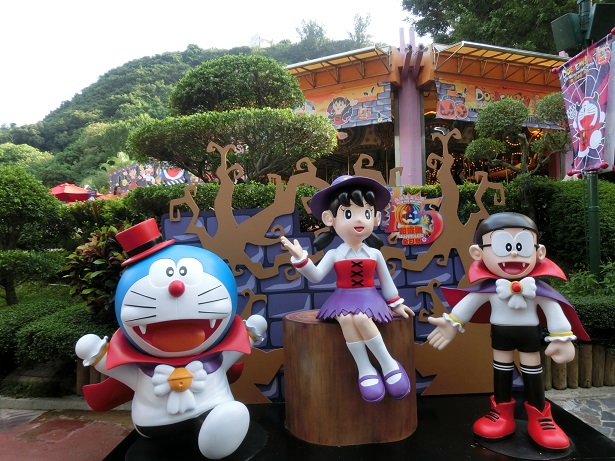 Dr. Allan Zeman, who starred in a viral video for H15 released earlier appeared in his “Zombie Boy” look from the video. He said, “Over the last 14 years, Hong Kong people have taken great pride in the Ocean Park Halloween Fest as the creative team has continuously injected new ideas and elements into this iconic local event. I really enjoyed working with Lana in the promotional video of H15 to present to the public something both scary and comical. The two television commercials premiered earlier today, showcasing the fun and fright of this year’s Halloween Fest. I am sure everyone would want to take home a memorable experience by visiting the Ocean Park Halloween Fest celebration." 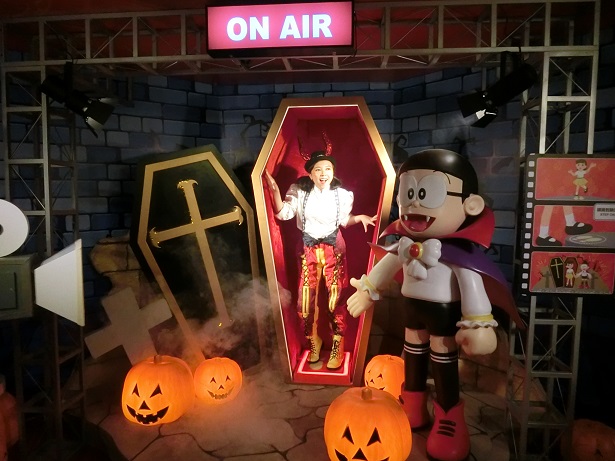 This year’s Halloween Fest offers more family-friendly attractions than ever before. Leo Kung said, “Since the introduction of the all-day-and night format in 2013, the number of family visitors attending the event has risen by more than 10% over the past two years, a clear sign of the demand for family-friendly Halloween events. That’s why we are presenting more attractions for families to have a fun time.” Cartoon characters, Doraemon, Dorami, Nobita, Shizuka, Gian and Suneo, all loved by kids and adults alike, will appear in Halloween looks together for the first time. They will greet and take photos with guests at the Doraemon@The Halloween Movies Studio, where visitors can play with sound effects and crystal balls on the control panel and take part in the production of a Halloween movie alongside all six characters. Trick or Treat Pumpkin Trail, Hong Kong’s longest trick-or-treat walk-through experience, challenges guests of all ages with various games, treating them to over a million treats, including Chupa Chups, Mentos candies, Tim Tam chocolate biscuits, stickers, tattoo stickers and other souvenirs. 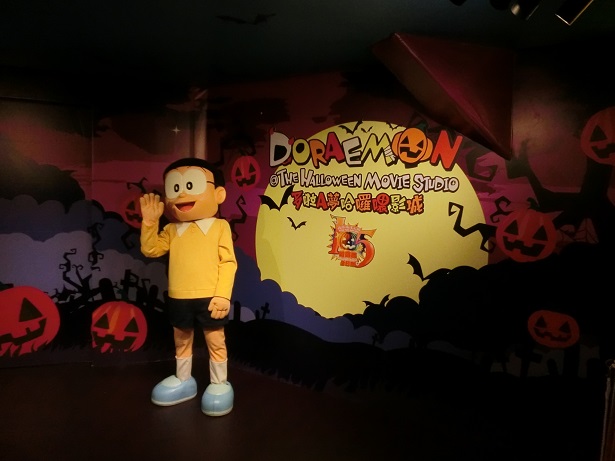 In addition, the two transforming attractions, where guests of different ages can immerse themselves in the fun-filled park experience during the daytime, will be transformed into the most intense and frightful haunted zones at 5:30pm. On their visit to Toxic Challenge in the daytime, guests can challenge their buddies by overcoming a booby-trapped inflatable course, a first for Halloween Fest and one of this year’s major highlights. In the evening, guests have to run from the clutches of terrifying monsters and a poisonous fog in Mutant Escape. Another transforming attraction is the Lolita Mansion presented by ASUS ZenFone. In this gothic architecture offering, which features meticulous design touches, different Lolitas will take selfies with guests during the day. Guests can download the photos from ASUS Mobile HK Facebook page and have a chance to win an ASUS ZenFone Selfie smartphone. The attraction will be transformed into Bloodborne Mansion when night falls and dark secrets will begin to unravel in the dark. 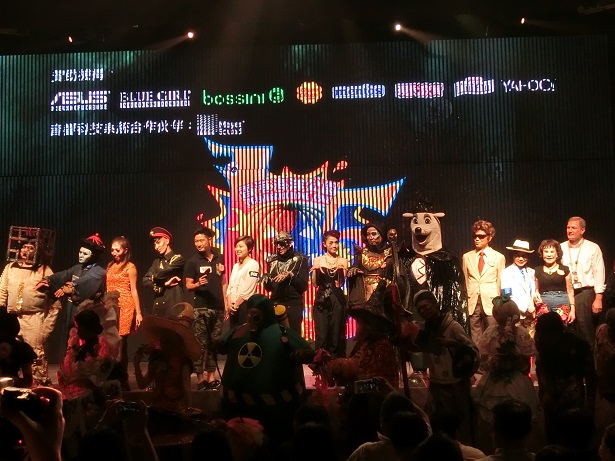