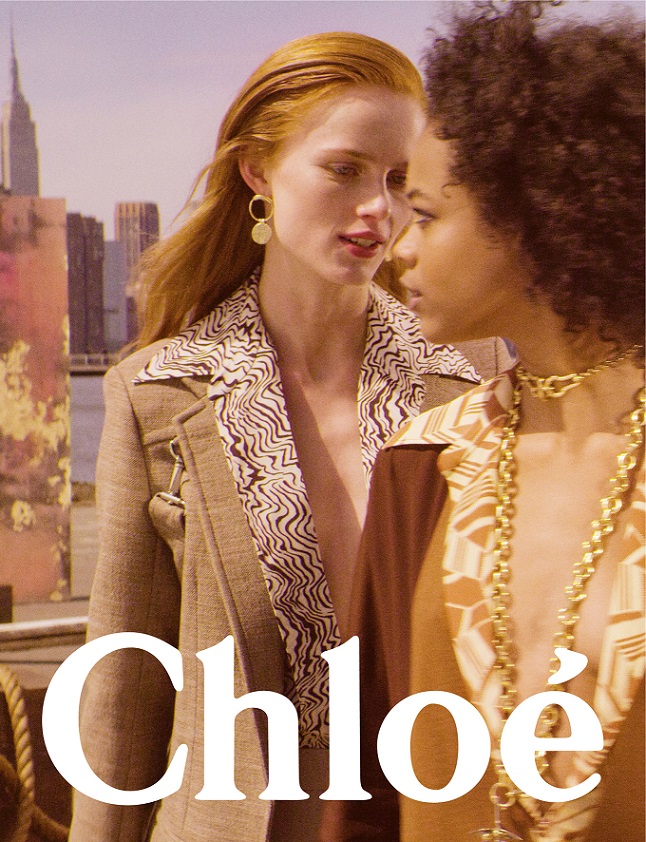 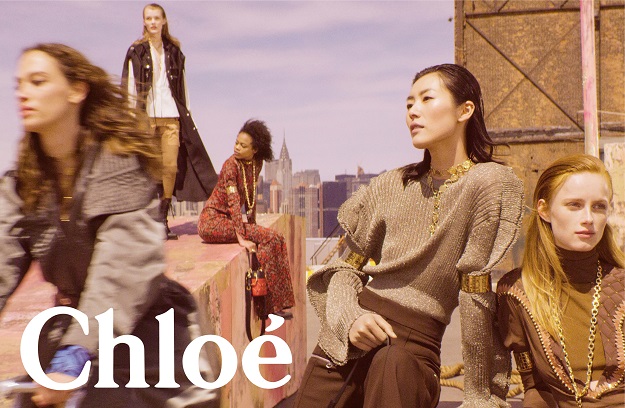 Situated on an industrial pier on the banks of the East River, Meisel’s cyclical narrative creates a series of dynamic and intimate tableaux that portray the Chloé girls as a sisterhood of graceful characters in a hyper-real environment. 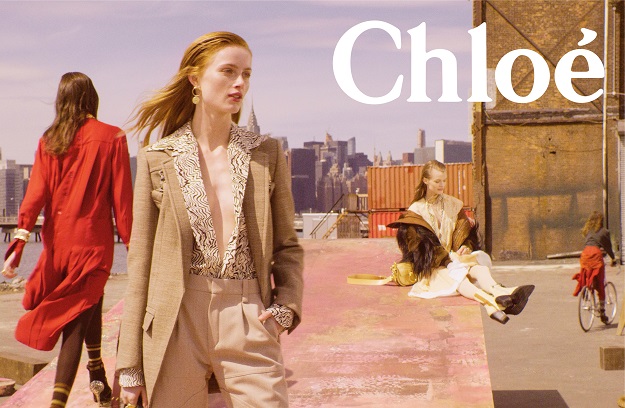 Cinematic pans to the city skyline accentuate the vast spatial effect that resonates throughout the piece, furthering the notion of call-and-repeat that throws each protagonist into sharp focus as they move about the inspired exterior setting, replacing each other in a free-spirited game of déja vu. 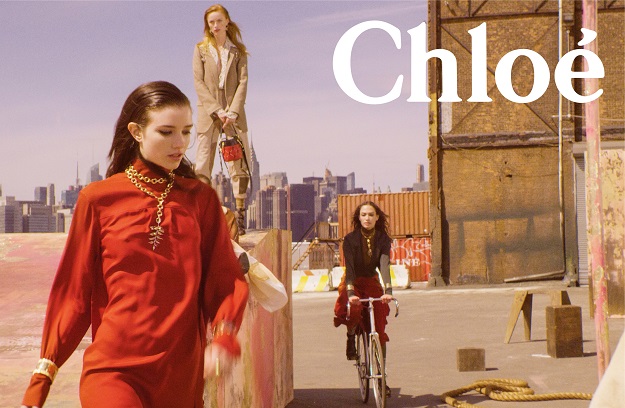 Walking, seated, standing, or riding a bicycle, the five women exchange quiet words and secret glances, exuding a confident femininity as they bask in the crisp haze of winter sun. 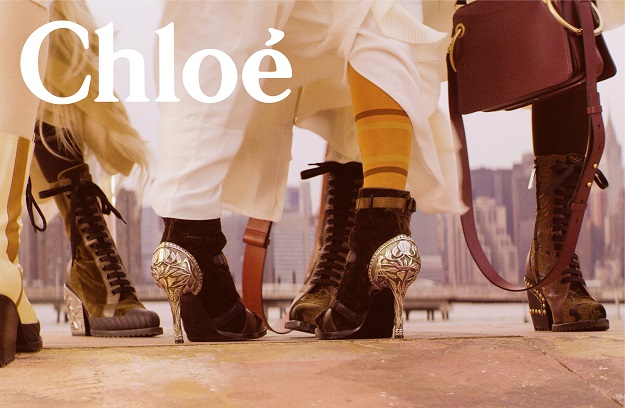 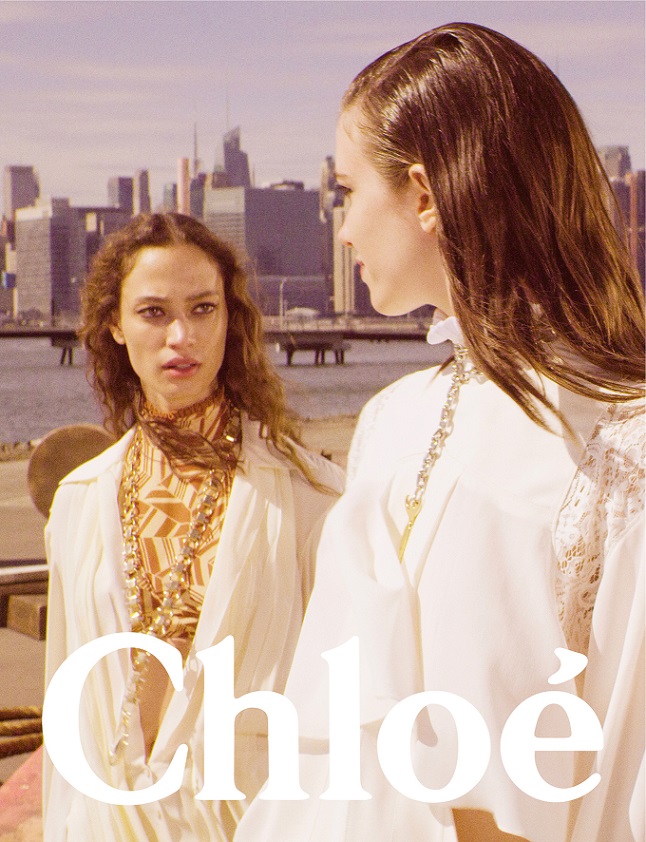