"Living in a house which does not suit you is like wearing someone else’s clothes,” wrote Christian Dior in his memoirs. The unbreakable bond uniting the couturier with the art of living is told for the first time in Dior and His Decorators. With an enlightening foreword by Hamish Bowles, editor-at-large for US Vogue, this richly documented exploration is the work of Maureen Footer, a historian specializing in the French decorative arts.

It is, above all, an unprecedented invitation to open the doors to exceptional places and secret settings: from the couturier’s childhood villa, perched on a cliff at Granville, where the drawings of Utamaro and Hokusai composed his very own «Sistine Chapel» of inspiration, as he said in his evocative memories, to the family’s Paris apartment. The extensively illustrated book unearths the House’s designs and archives, and the intimate worlds that forged Christian Dior’s tastes and more particularly his fascination for the 18th century, sublimely transcribed by his New Look silhouette.

This passion for elegance was something he shared with his decorator friends, Victor Grandpierre and Georges Geffroy, with whom he formed a unique creative trio. A key subject of this book, their collaboration helped to define Dior’s identifying codes, homages to neoclassical style. Victor Grandpierre was responsible for the «decorated but not decorative» atmosphere of 30 Avenue Montaigne, which has become famous for its Helleu salon, use of white and pearl gray, and its Louis XVI-inspired medallion chairs. He also designed other boutiques around the world, as well as the displays and packaging of iconic perfumes such as Miss Dior and Eau Sauvage. 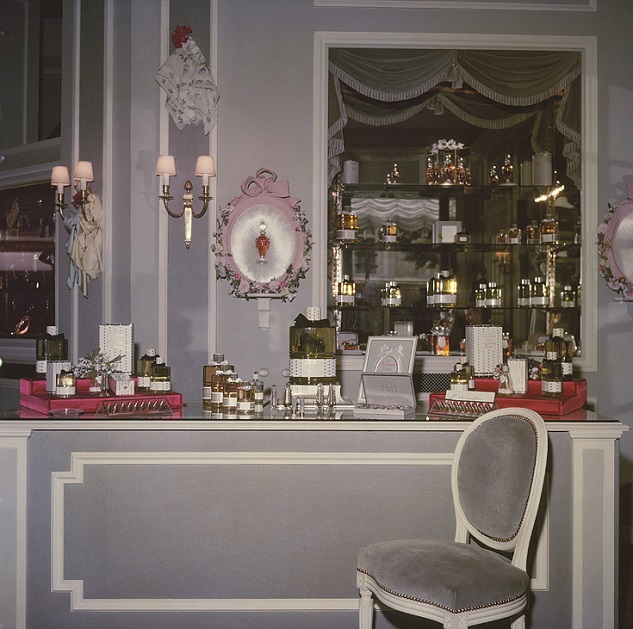 For his apartment on Boulevard Jules-Sandeau in the 16th arrondissement, the couturier looked to Georges Geffroy. Alongside Victor Grandpierre, this artisan of the Dior style conceived a plush interior in which, with its abundant and refined eclecticism, all the couturier’s artistic tastes could find space to flourish. A drawing by Matisse, Gothic tapestry, Renaissance bronzes, all combined in harmony here. «Good taste was much less important than my own taste which accommodates this mixing and merging very well,” Christian Dior noted in his autobiography before adding that instead of «an immaculately decorated interior” he would always prefer “the one with a greater personality and life, which has been built up little by little out of the whims and fancies of the inhabitant.”

In addition to producing a captivating collective portrait of three erudite aesthetes and friends, Dior and His Decorators reflects the creativity of an era, a decade influenced and shaped by the innovative vision of Christian Dior and two of his most loyal collaborators. A long-time friend, from the House’s very beginnings Victor Grandpierre poured his energies into a specific art de vivre, symbolizing luxury and refinement. And, for the couturier, George Geffroy’s dreams of grandeur proved a source of endless inspiration.