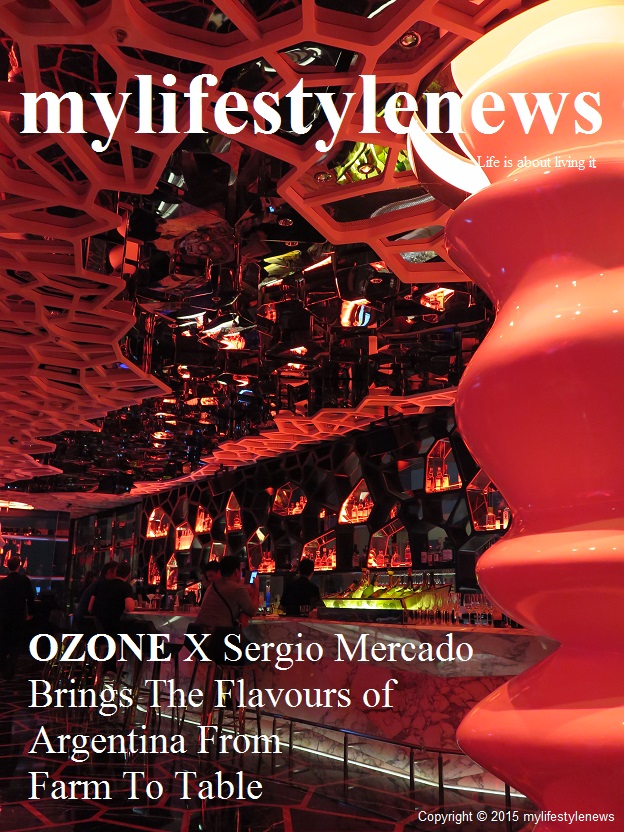 Argentine master chef, Sergio Mercado teamed up with Ozone to bring a wild burst of flavors from The Pampas to the altitude of 490 meters above sea level at the highest hotel bar in the world. mylifestylenews writes…… 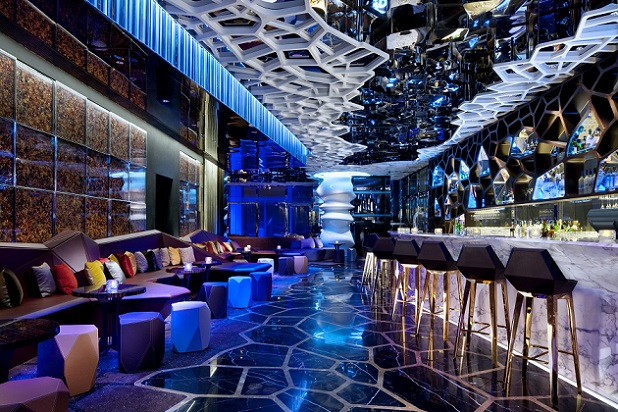 Ozone at the Ritz-Carlton, Hong Kong always comes up with new promotions with which to whet the appetites of Hong Kong food lovers and they have just brought the flavours of Argentina from farm to table. Argentine cuisine conjures up images of natural grasslands (The Pampas) and enticing grilled meats from the herds of sheep and cattle grazing thereon. The specially crafted menu was a heavenly feast for meat lovers and gastronomic adventurers alike. Argentina’s diverse climate, covering some seven geographic regions, as well as its fertile soils, blessed the country with an abundance of agricultural and livestock products. Chef Sergio Mercado, a native Argentine spent his childhood in the beautiful grasslands and rivers, is passionate about using local produce in his culinary creations, presenting Argentine cuisine in its purest form. In 2012, he became Executive Chef of Hotel Correntoso Lake and River at the young age of 30, overseeing the operation of two celebrated restaurants. 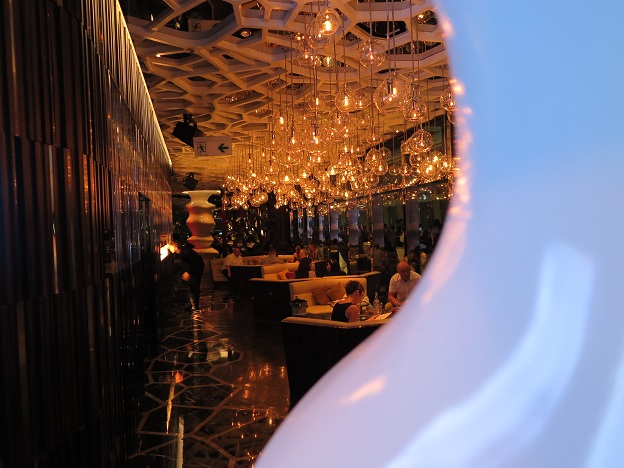 What do we all know about Argentine cuisine with limited knowledge about this far away land from Asia. The only vision we had was large charcoal grilled steaks, but in actual fact there was a scrumptious selection of dishes that presented with some interesting discoveries. The fervor Chef Mercado is very animated talking about his country’s food and now we know why. His passion and expression for loving his country makes you want to book a ticket to Argentina post-haste! The menu has seven Tapas to share (including beef of course), four desserts and a cocktail and wine menu for pairing to really put you in a Latin mood, while perched on the 118th floor of the highest Ritz-Carlton bar in the world. 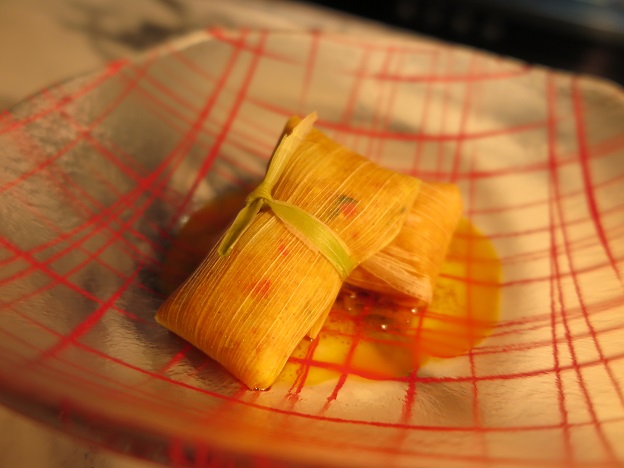 The Tapas menu started with <Humita>, a traditional sweet corn dumpling wrapped in corn husks and seasoned with scallion oil. This was a simple but effective bite to start with, with the creamy vegetable shining through. 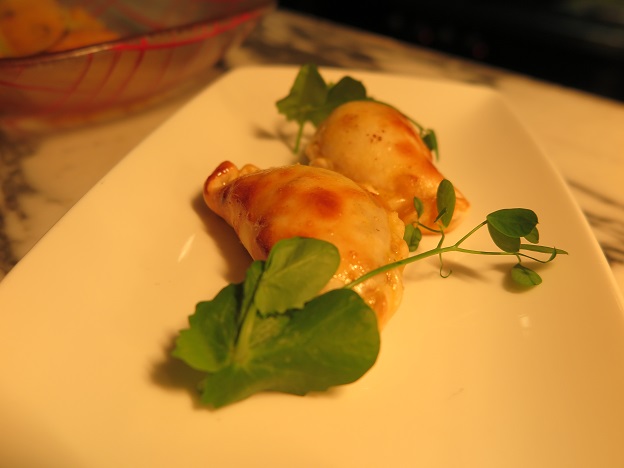 To whet the appetite with something more substantial, the <Empanada> was next, a traditional meat pie in a bite size of course, which was oozing flavor and quite delicious. 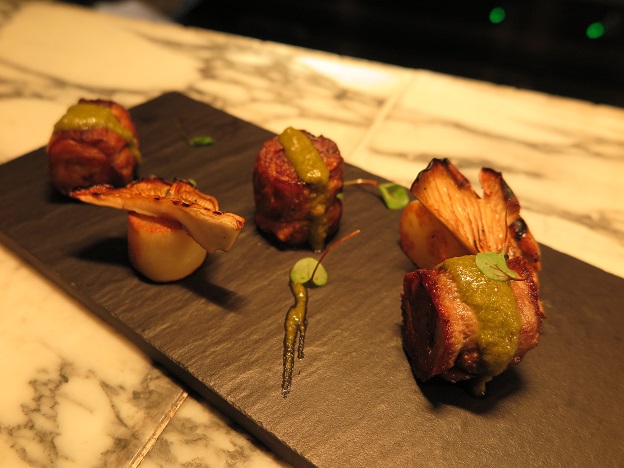 Argentine cuisine is not always about beef, so the stuffed pork roulade dish <Matambre> is a pork “al lemon” with tomato marmalade and garlic puree. This was equally tasty, with the lemon complimenting the pork beautifully, not to mention the combination of tomato and garlic adding another dimension. 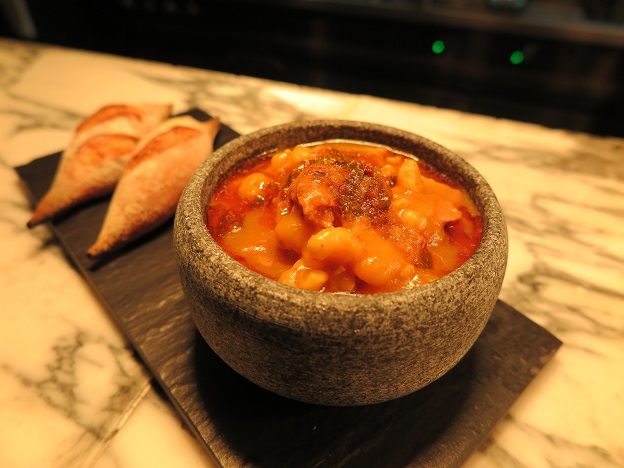 The <Locro> - a beef, pork and vegetable stew with spicy oil, was very hearty and tasty, something your mother might have prepared (if she is a good cook). This is an acclaimed national dish. 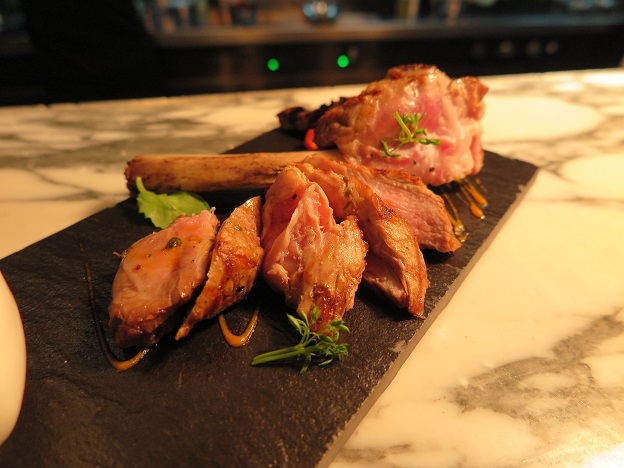 <Chimichurri Beef> is a classic dish of succulent beef ribs with roasted vegetable and chimichurri herb based sauce. The ribs had plenty of meat and we couldn’t get enough of that charcoal flavor and delectable sauce. 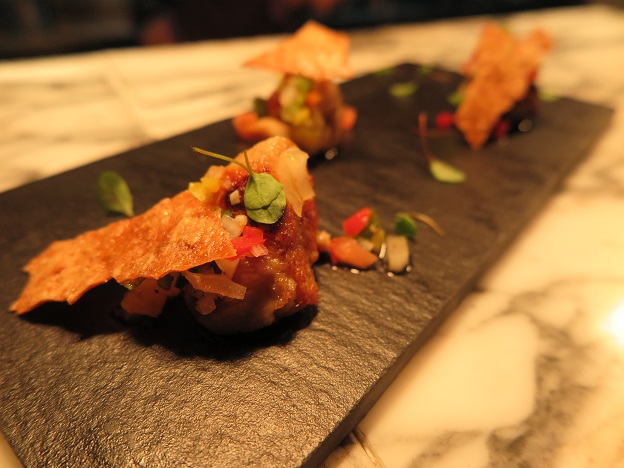 The <Mollejas> was a surprise. A delicate flavoured sweetbreads with manioc sticks and criollo sauce. It is not often you see sweetbreads on a menu and we were delighted with this dish, with its piquant flavor and sauce. 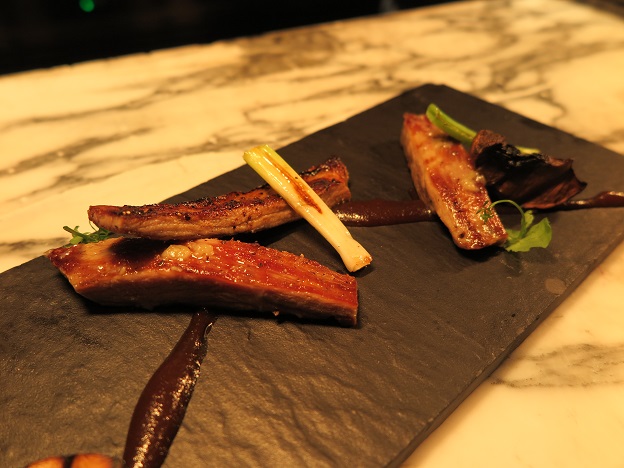 Lastly, the <Cordeiro> - a criollo marinated lamb rack with potatoes and mushrooms. Once again a delightful charcoal flavor to it that danced on the tongue, the marinating sauce was just the prefect foil for the rich gamey taste of the lamb. 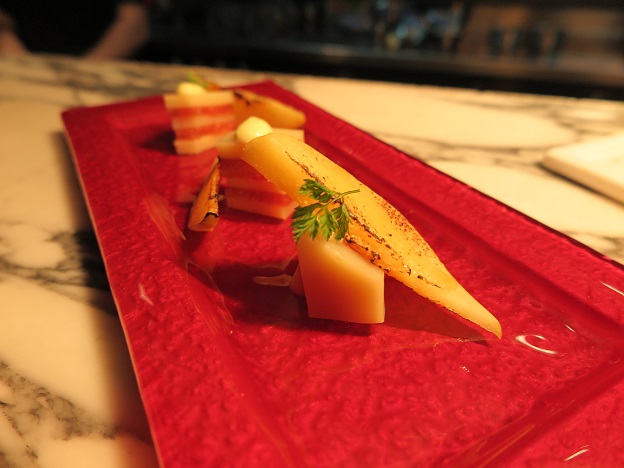 We had plenty of room left for desserts since it was served in Tapas portion size, which were a much lighter proposition and very contrasting. <Vigilante> - a quince paste and cheese, <Bread Pudding> with “dulce de leche” and <Alfajores>, a traditional Argentinian biscuit were to follow, from the mellow flavours of milk and vanilla in the bread pudding, to the buttery shortbread cookies of the Alfajores which  has caramelized milk in between each biscuit. Each flavor was delicate and different and never failed to please marked the fitting finale. 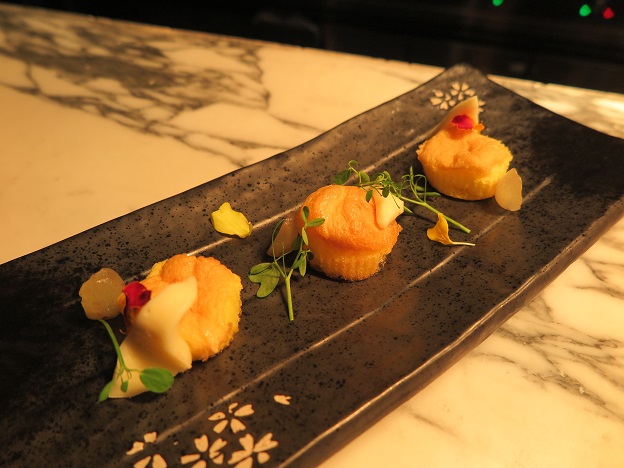 We had some cocktails and wines to pair with the food to add the South American flavor of the evening. It was refreshing to have good and honest food that has its roots in country cooking, even though we were in luxury surroundings, which attests to the Ozone’s approach to offering diners something completely different from the usual. 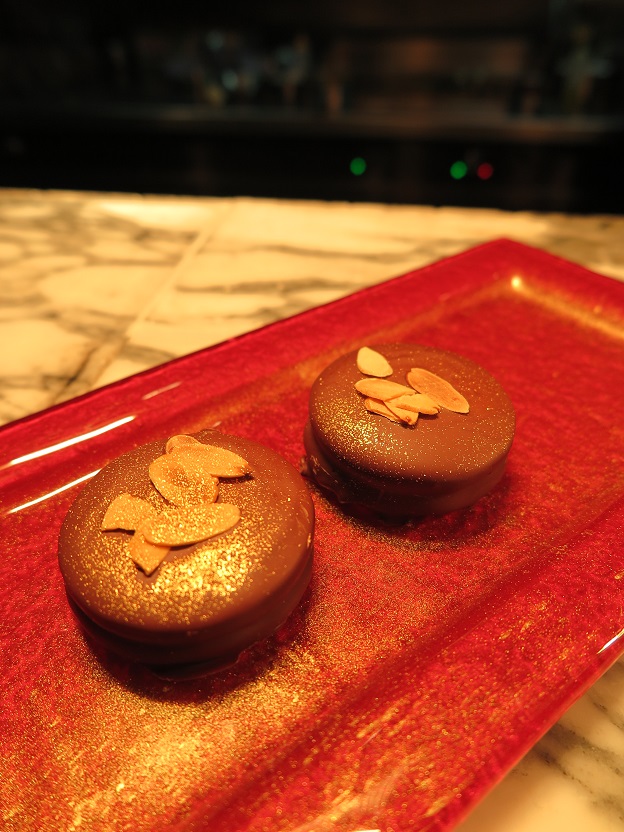