Originally launched in the 90s, Bally’s Champion quickly became a grand slam favourite among Swiss tennis stars Jakob Hlasek and Marc Rosset who wore the court shoes on their way to winning the Grand Slam at the French Open in 1992. This summer Bally re-launches the iconic sneaker alongside its ‘Champions are Made’ campaign celebrating the challenging yet empowering experiences that develop and define us. 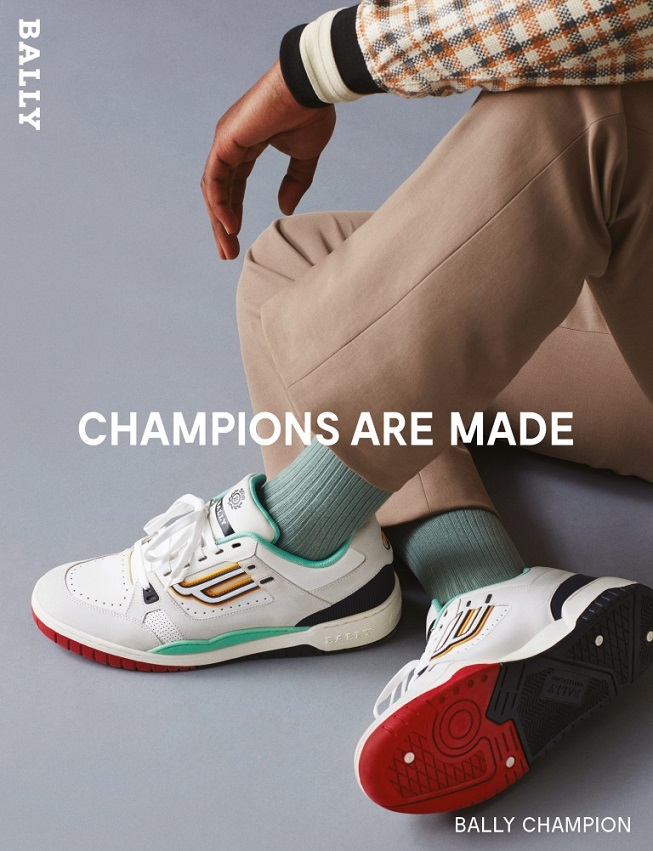 Leading the campaign with their own unique stories actor Ncuti Gatwa, model Maeva Giani Marshall and dancer Matthew Ball join Bally to share the character traits that have defined their young but extraordinary careers and compelled them to succeed on their own terms. Together the dynamic trilogy showcases Bally’s spirit of determination. Ncuti’s appreciation for craftsmanship walks the line between considered and effortless.  His strength in character and courage to carve a path for himself is reflected in his brave and critically acclaimed performance as Eric Effiong in Netflix’s Sex Education. ‘Defining your own destiny despite the box that the world wants to put you in, that’s what I’ve always been about,’ he says of his success. 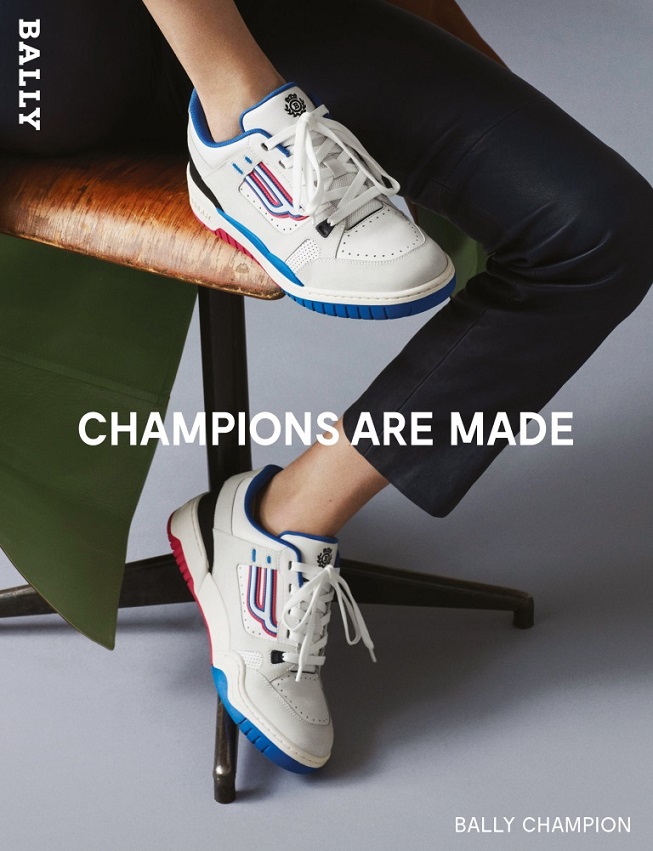 Channeling her unique style she proves resilience pays off. ‘I was never gifted anything, I had to earn it’, says Maeva Giani Marshall the enigmatic and charming model turned an historic trauma into her trademark after she had an allergic reaction to sunlight as a teenager leaving her with flash burns which remain as freckles across her angelic face. Made by movement the Royal Ballet School’s principal dancer Matthew Ball explains his accomplishments have come from taking risks and diligently pushing his limits. ‘To get something you’ve never had, you’ve got to do something you’ve never done.’ His attention to detail echoes a quiet confidence and elegance with a sporty edge. 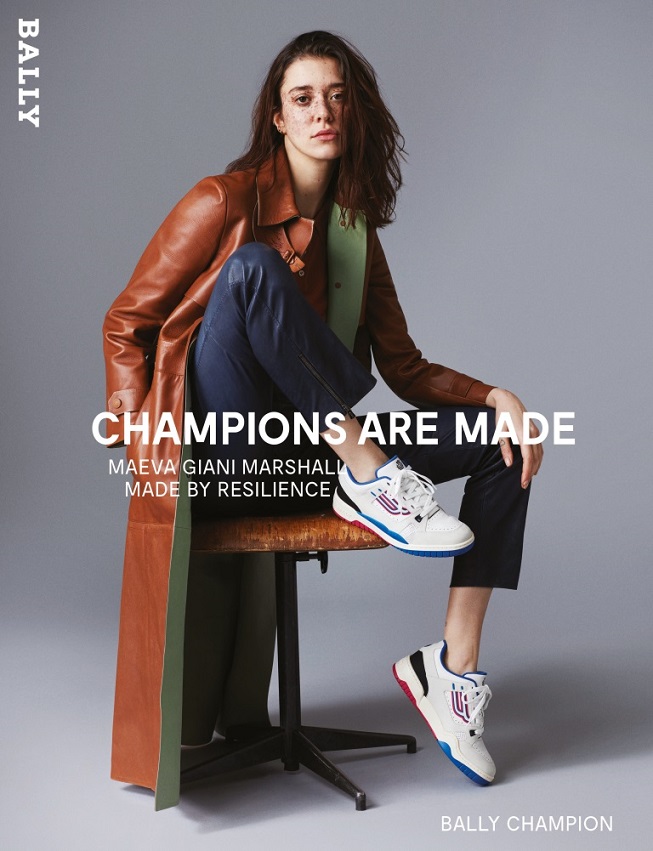 Recreated like-for-like in their original form with additional derivations in ‘90s pop-colour combinations, Bally’s Champion features new EVA technology and breathable mesh lining for cushioning and comfort. The tongue is embossed with Bally’s archive Tennis logo giving instant vintage appeal. Whatever the experience that has or will define you, join Bally’s ‘Champions are Made’ campaign with these iconic sneakers that have already proven themselves on the world’s sporting stage.