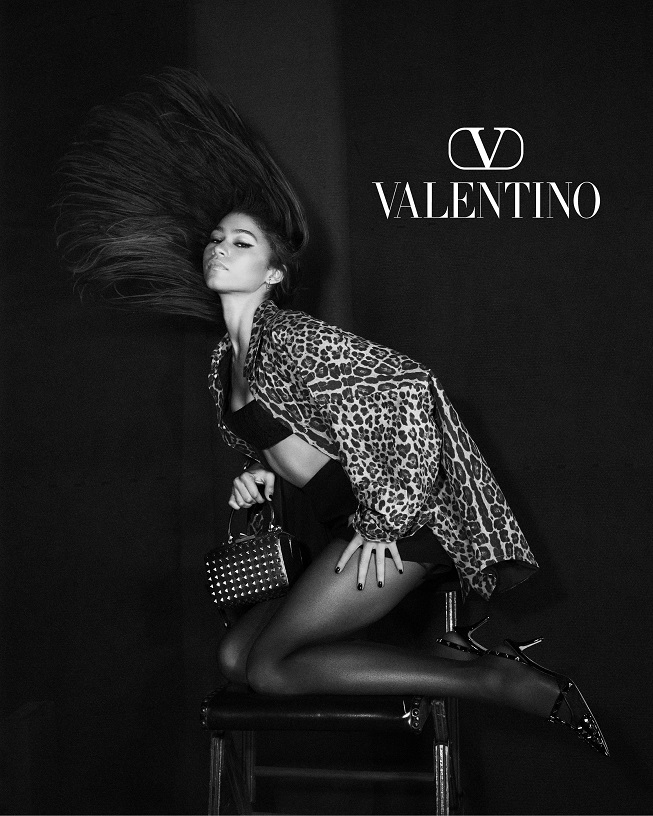 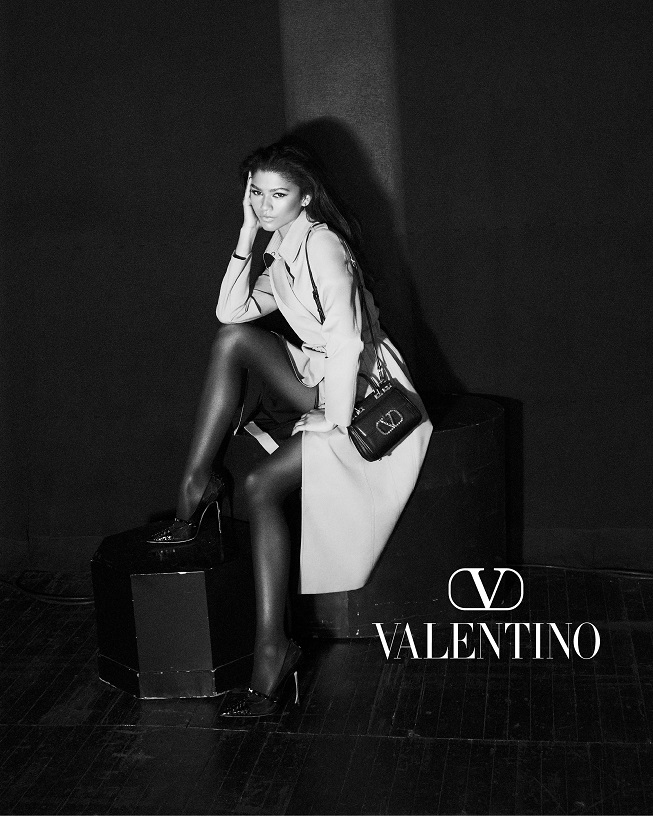 Sims, known for pushing the boundaries of fashion photography, has captured a raw and radical theatrical act in Los Angeles. Zendaya seated at the centre of the stage in a set that recalls the classical portraiture of the sound stage theatre: the point of view has changed. It is no longer a photography set, but a proper theatre. The atmosphere merges with the gestures of the actress. Time stops behind closed doors. The ability to make a theatrical moment something authorial. Pierpaolo Piccioli continues his conscious and progressive way of making culture. The punk gesture that reopens and takes possession of the theatre, its space, and its language. The exploration, at the same time intimate and provocative, an empty space that for a moment becomes for all. The identity of Valentino today materializes with a clear and incisive sign: both sensual and romantic, nourished by memories but not nostalgic. An identity that reflects in a new generation. “Throughout an aesthetic choice, it is possible to represent a whole identity. This is the power of fashion and this is the power of human beings.” Says Pierpaolo Piccioli.