Horological Machine No 4 The Series 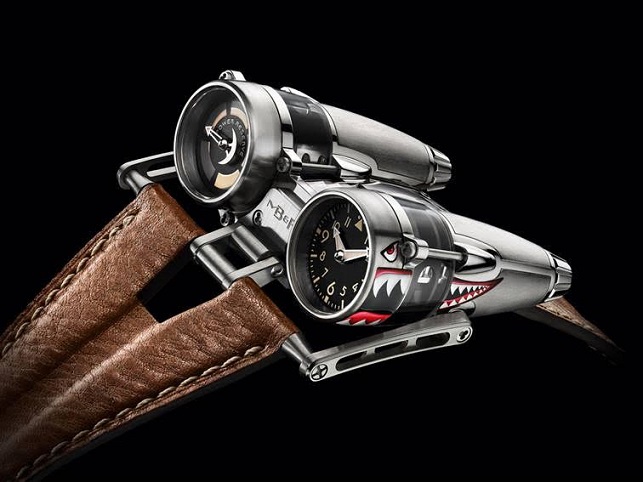 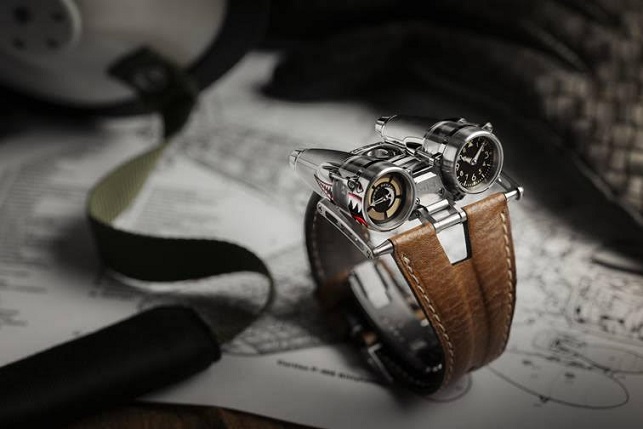 The aviation inspired case and engine of the HM4 are one. Neither would, nor could, exist without the other, yet each is so transcendental as to be able to stand alone as a work of art in its own right. The HM4 engine is the culmination of three long years of development. Each of the 300 plus components including the regulator and even the screws was developed specifically for this anarchistic calibre. Horizontally configured dual mainspring barrels drive two vertical gear trains, transferring power to the twin pods indicating h ours/minutes and power reserve. 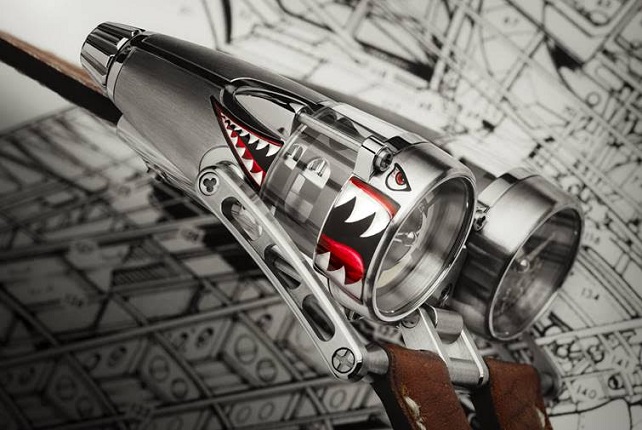 But describing HM4's engine through its mechanical functionality is like describing Renoir's work through the chemical composition of his paint. Only careful contemplation enables full appreciation, and the sapphire case section and display panels top and bottom allow full access to the flawless fine finishing of HM4's intricate and vibrant micro mechanics. 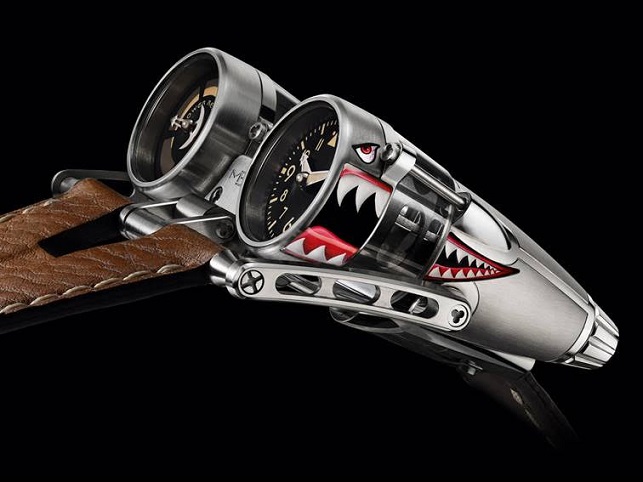 The sleek aerodynamic form of Horological Machine No 4’s envelope has its roots in Maximilian Büsser's childhood passion for assembling model plane kits, though none looked remotely as futuristic as these. The striking transparent sapphire section of the case requires over 185 hours of machining and polishing to transform an opaque solid block of crystal into a complex, exquisitely curved panel allowing the light to come in and the beauty of the HM4 engine to stand out. Every component and form has a technical purpose; nothing is superfluous and every line and curve is in poetic harmony. Articulated lugs ensure supreme comfort. Highly legible time is a fringe benefit. 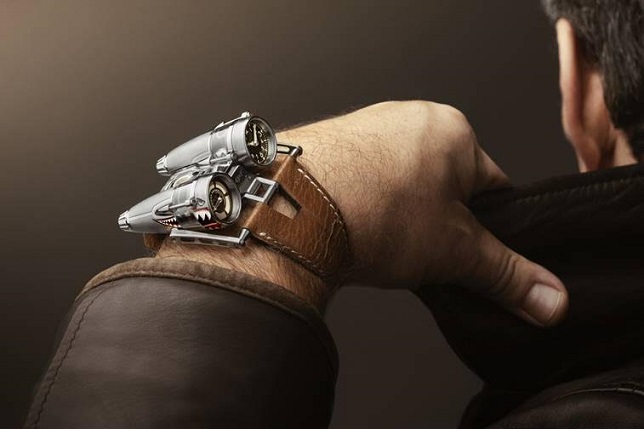