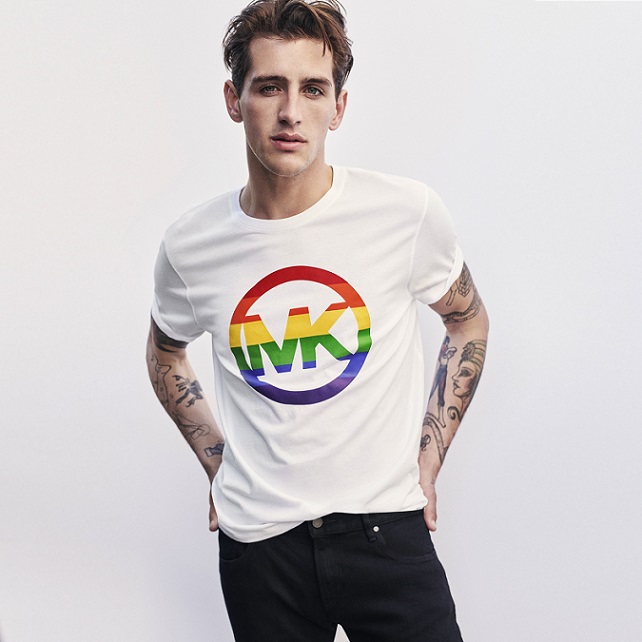 Michael Kors launches the #MKGO Rainbow capsule for MICHAEL Michael Kors Summer 2019. Inspired by Pride and the 50th anniversary of the Stonewall uprising that launched the gay rights movement in the United States and around the world, #MKGO Rainbow celebrates inclusion, diversity and the vibrancy and vitality of the LGBTQ+ community. Bright, optimistic hues and rainbow motifs lend energy and graphic appeal to classic silhouettes, casual-cool separates and signature logo accessories. Key products include a sequined T-shirt dress, star-speckled high-top sneakers, a rainbow-quilted Whitney shoulder bag and more. “Pride is about celebrating your authentic self and remembering all the incredible people who came before us to get us where we are today,” says Michael Kors. “This capsule is about getting dressed with joy and celebrating each other.” In support of the community and the principles that inspired #MKGO Rainbow, Michael Kors has designed a special #MKGO Rainbow Pride T-shirt. For each of these shirts sold, Michael Kors will donate 100% of profits* to God’s Love We Deliver, a non-profit organization and longstanding pillar of the LGBTQ+ community that cooks and delivers 1.8 million meals annually to those too sick to shop or cook for themselves throughout the New York metropolitan area. Kors has been personally involved with God’s Love for over 30 years. Founded in 1985, the non-profit was initially dedicated to serving those with HIV/AIDS. While God’s Love has expanded over the years to serve clients with other severe illnesses, serving those living with HIV/AIDS remains central to their mission. Today, 17% of their 7,200 clients are diagnosed with HIV. 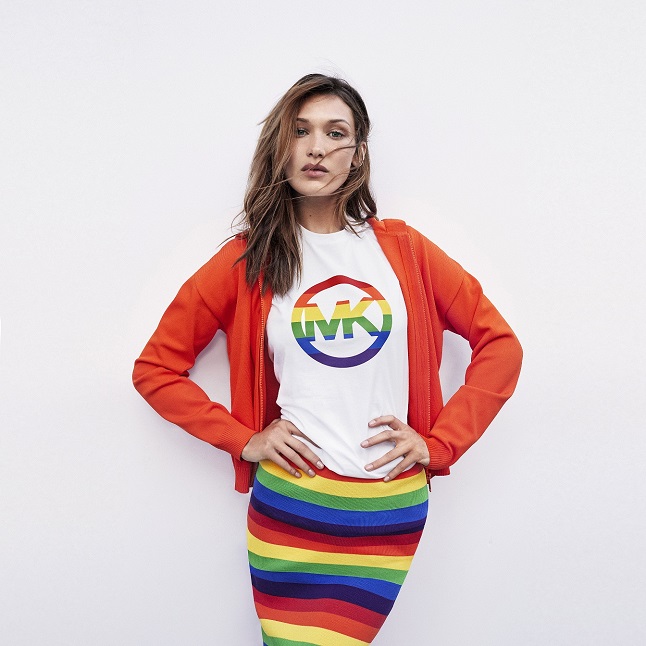 “God’s Love We Deliver has always been near and dear to my heart,” says Michael Kors. “During the ’80s, when the HIV/AIDS epidemic was raging through New York City, they were one of the first organizations to be there for the gay community. It’s an honor to donate to them today through sales of the #MKGO Rainbow Pride T-shirt.” Michael Kors is also proud to participate in the Pride 2019 festivities taking place in New York City throughout Pride Month. On June 25th, Michael Kors will sponsor God’s Love We Deliver’s 50th anniversary celebration of Pride at the historic Stonewall Inn, where the gay rights movement began. Then, on June 30th, Michael Kors will donate their #MKGO Rainbow Pride T-shirts to members of the God’s Love We Deliver float for the NYC Pride March, the largest commemoration and celebration of the LGBTQ+ community in history.
Posted by mylifestylenews at 12:00 AM