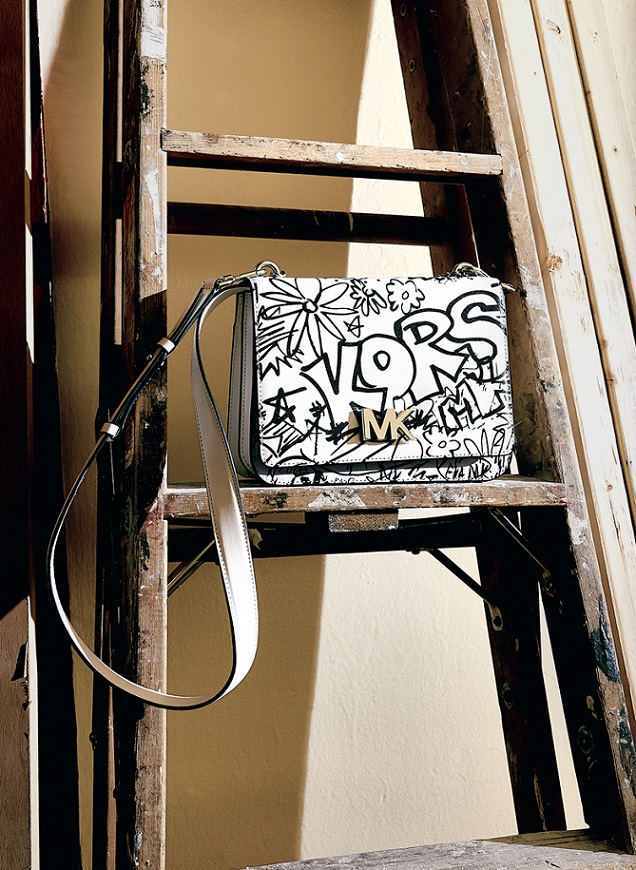 Michael Kors introduces the upcoming capsule collection featuring an original logo graffiti print. The capsule comprises 8 pieces in total, spanning ready-to-wear, accessories and footwear. Created in-house, the logo graffiti was inspired by the bold, stylized tagging that dominated New York City in the early ‘80s. Rendered in graphic black and white, it is a celebration of both street art and the brand’s home city, as well as a nod to today’s street-influenced fashion. “I started my company in 1981, at a time when uptown and downtown were really colliding,” says Michael Kors. “Uptown girls partied downtown at the Mudd Club and Club 57. Artists like Fab 5 Freddy and Jean-Michel Basquiat showed their work at PS 1, and yet you’d still be just as likely to find their signatures on the side of a building in the LES or your subway car. Today, that mix of high/low is everything.” 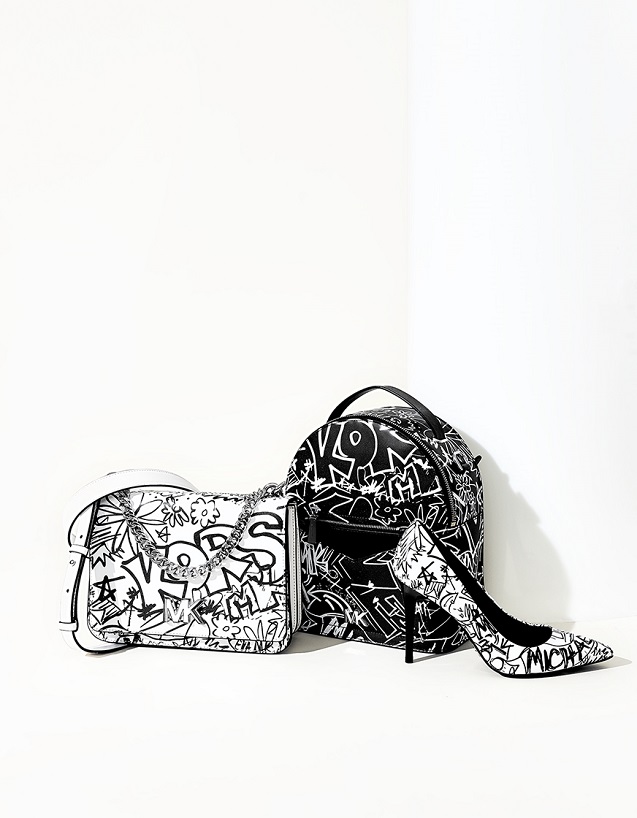